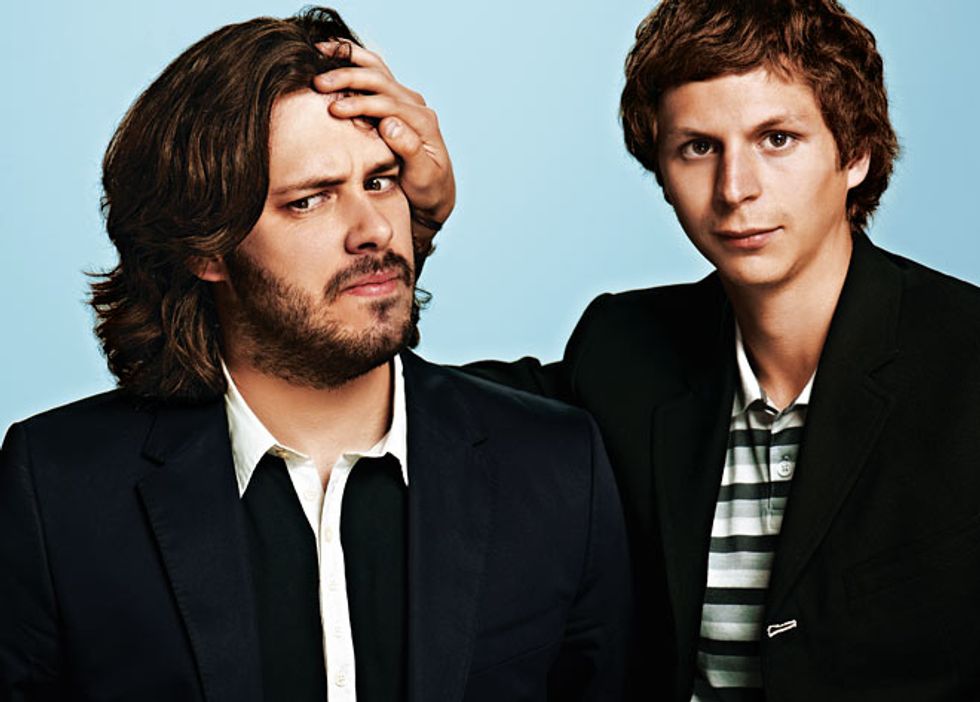 Edgar Wright, the English director of the exuberant romantic comedy Scott Pilgrim vs. the World, cites 2007’s Hot Fuzz, his Point Break-inspired follow-up to the 2004 zombie satire Shaun of the Dead, as the movie that afforded him the chance to film in his hometown of Wells, and to pay tribute to influences ranging from Agatha Christie to Michael Bay’s Bad Boys II.

It also preceded a uniquely awkward moment with Break director Kathryn Bigelow. “The night Point Break Live! opened in L.A., I took Kathryn to see it,” says Wright, 36, referring to the popular stage adaptation of the 1991 thriller, in which an unrehearsed audience member is chosen each night to play the movie’s star, Keanu Reeves.

“We’ve become friends since she saw Hot Fuzz, so I told her we had to go see the play. I hadn’t, and when we got to the theater, I saw in the Playbill that she was a character. I thought, ‘Oh my God.’ But the actors got wind of it and introduced her as a special guest. Thank God they weren’t mean.”

Wright didn’t volunteer to play Reeves that night, but he later jumped at the chance to adapt Bryan Lee O’Malley’s manga-style Scott Pilgrim comics for his first feature set in North America – Toronto, to be precise – and without Shaun and Fuzz collaborators Simon Pegg and Nick Frost. (“I’m allowed to cheat on them every once in a while,” he says.)

To play Pilgrim, an unlikely action hero given his reluctance to fight, Wright enlisted the ubiquitous Michael Cera, whom the director describes as “a great everyman – somebody whose gift is being very funny playing someone very normal.” The former (and, according to rumor, future) Arrested Development star describes his latest director in equally glowing terms.

“Edgar is very exacting," says Cera, 22, a native of Brampton, Ontario. "He knows exactly what he wants. Right off the bat, you feel like there’s a voice that the movie has that is all its own. That’s what Edgar does well with all of his films."

To bring O’Malley’s vision to life, Wright took cues from video games and the Hong Kong martial-arts films of the 1970s.

“The beat-’em-up video games from the ’80s and early ’90s – Street Fighter and Marvel vs. Capcom, which I remember playing in the arcades – they’re completely bananas,” he says. “They move so fast, I think they’re designed to give you epilepsy.

“Those were influences, but the games themselves come from the Hong Kong films. The tournaments in Mortal Kombat, Street Fighter and Tekken are taken from movies like The One-Armed Swordsman and Master of the Flying Guillotine. And those movies, like Scott Pilgrim, drew on musicals. John Woo and Jackie Chan came out of the Peking opera, and they had musical training.

"All these things feed into one another," he adds with a laugh. "So I guess you could say Scott is inspired by all great art of the 20th century.”