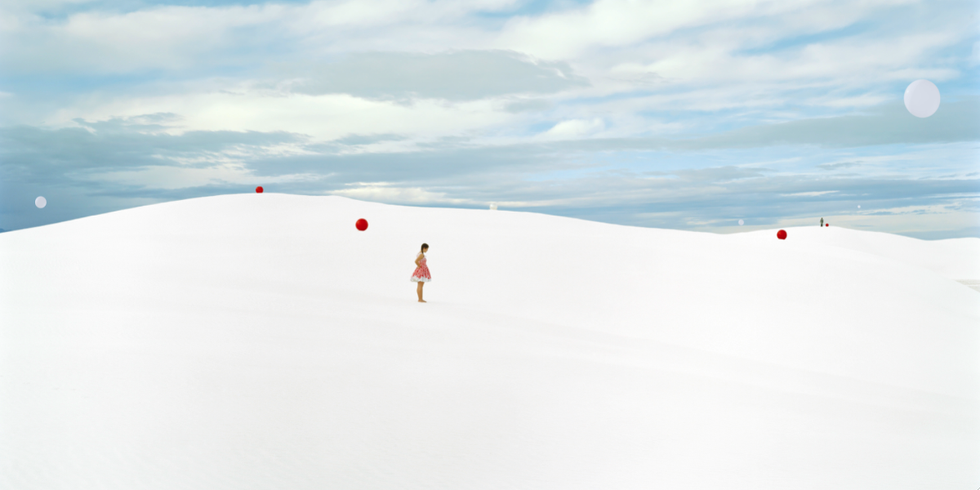 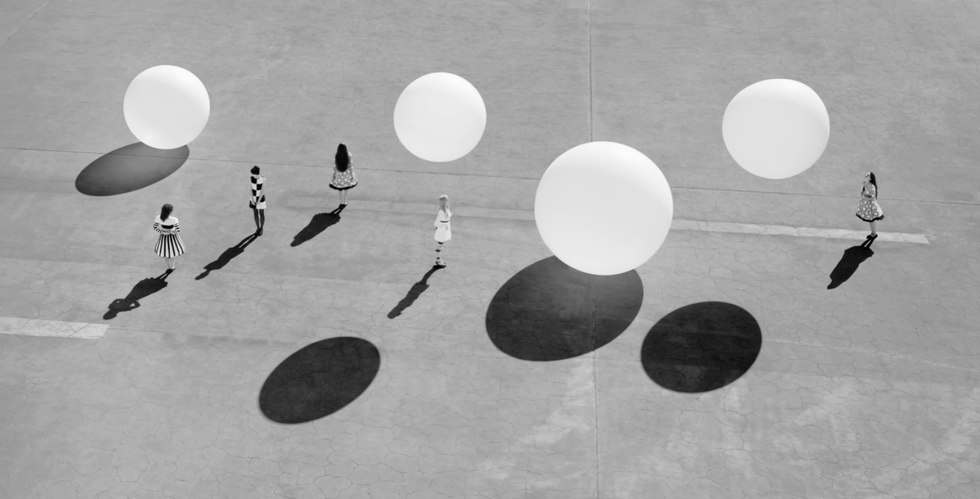 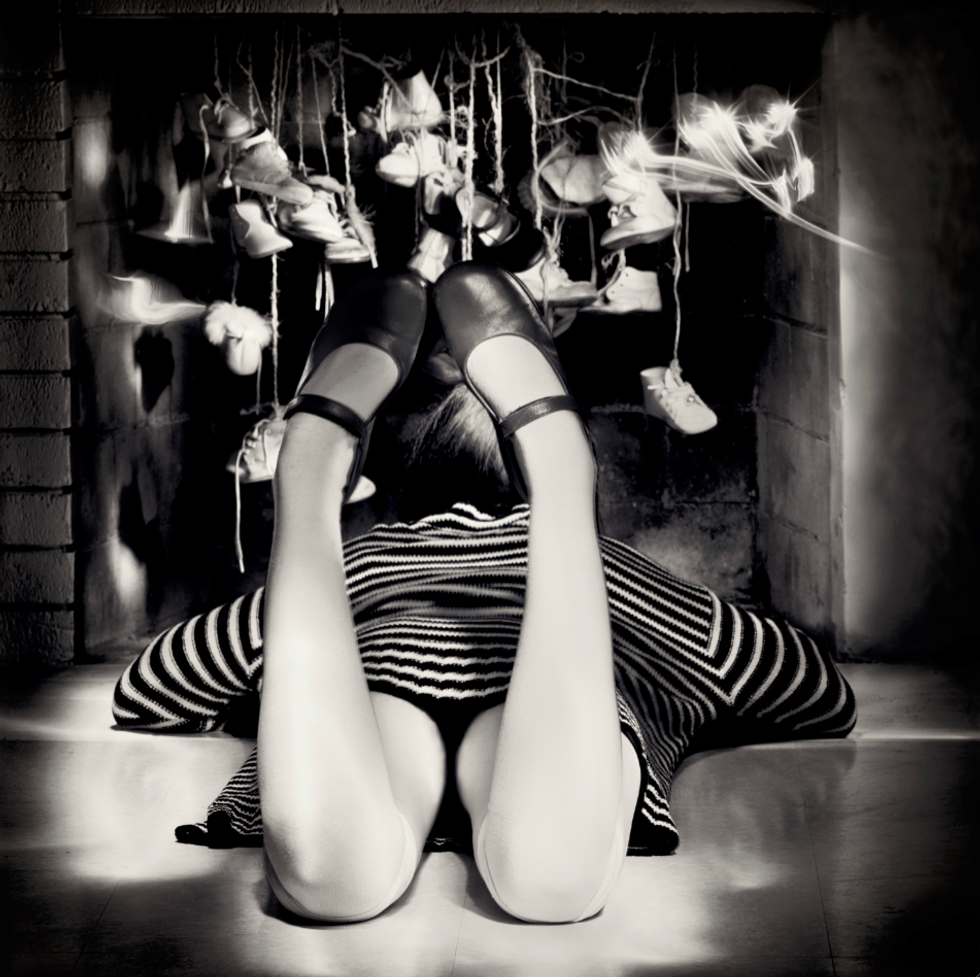 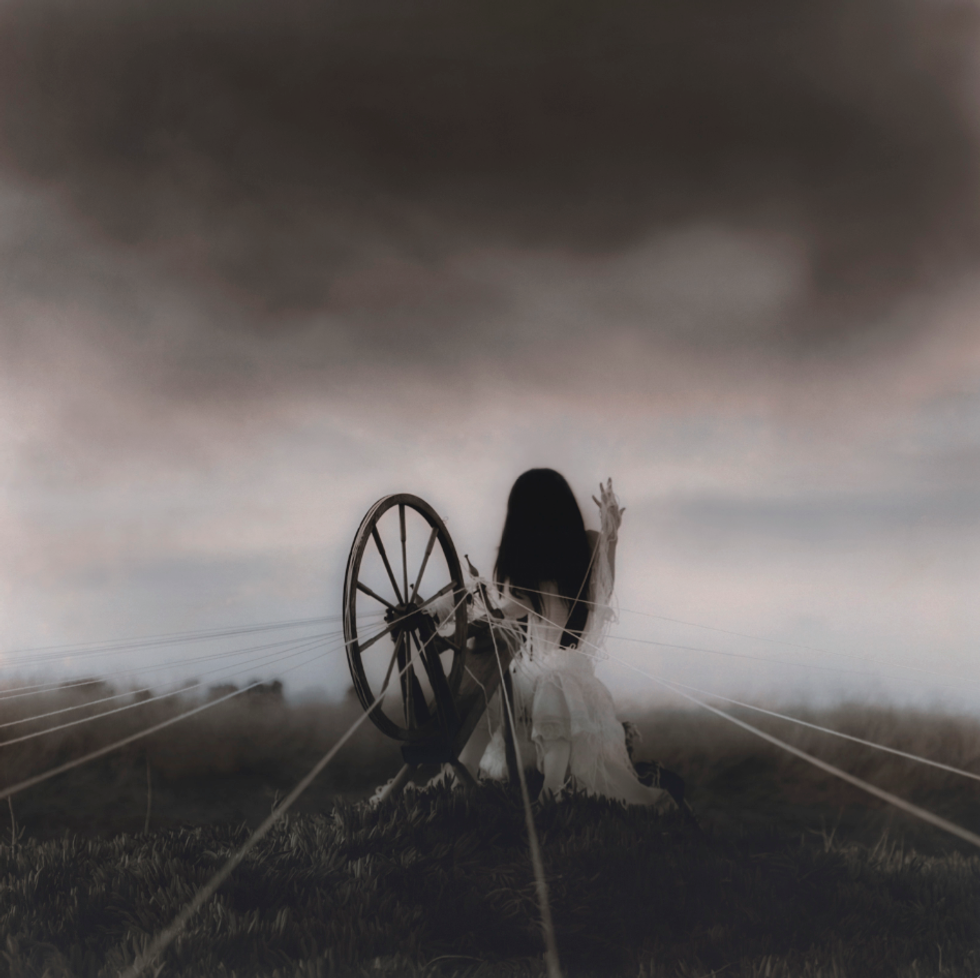 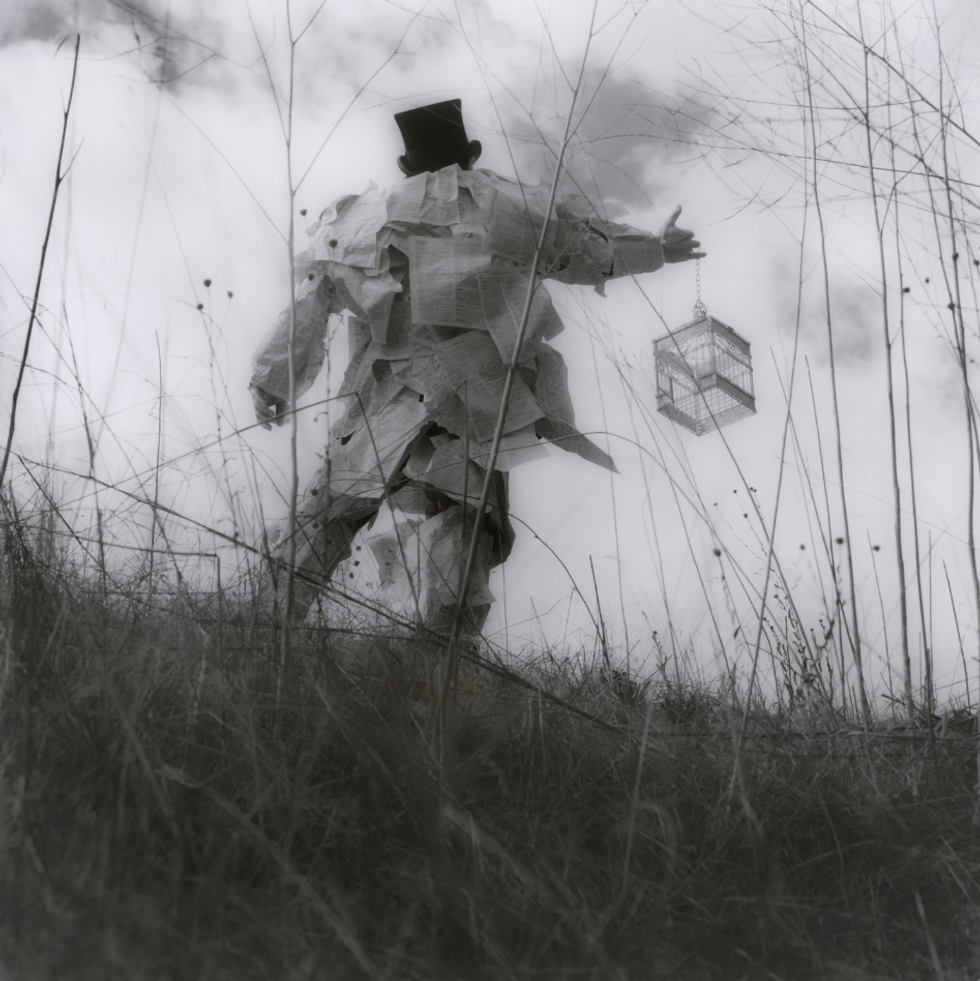 Conjure up memories of lonely Alice finding her way through an unfamiliar magical world in Alice in Wonderland, or relive James Henry Trotter's surreal, peachy adventure with strange insects in Roald Dahl's James and the Giant Peach. Now, hold tightly onto that vision, and take a gander at the images here by LA-based artistic duo Jeff Charbonneau and Eliza French. The similarities are striking, so much so that Photograph magazine referred to their work as "Fellini's take on Lewis Carroll."

Now's your chance to step into this fantasy land as the two bring their whimsical photographic narratives to San Francisco for the first time in "Circumspect" at Robert Berman/E6 Gallery. The show features 20 large-scale photos from Charbonneau and French's Playground and Massillon series. And unlike many photographers today, these two go sans Photoshop, using medium- and large-format cameras and traditional darkroom techniques to create their elaborate stories. "We are interested in capturing a real moment in time and adhering to the sentiments of traditional film-based photography," says Charbonneau.

Both Charbonneau and French come from pedigreed backgrounds—Charbonneau with a 20 years of experience in photography and motion pictures (he even worked on the hit TV series the X-Files!) and French with degrees from NYU's prestigious Tisch School of the Arts and UCLA. Not that you needed any more convincing to check out this incredible show. And if you're really into it, check out the opening reception on Saturday, 7/30, from 6-8 p.m., where you might even get to meet the artists themselves.