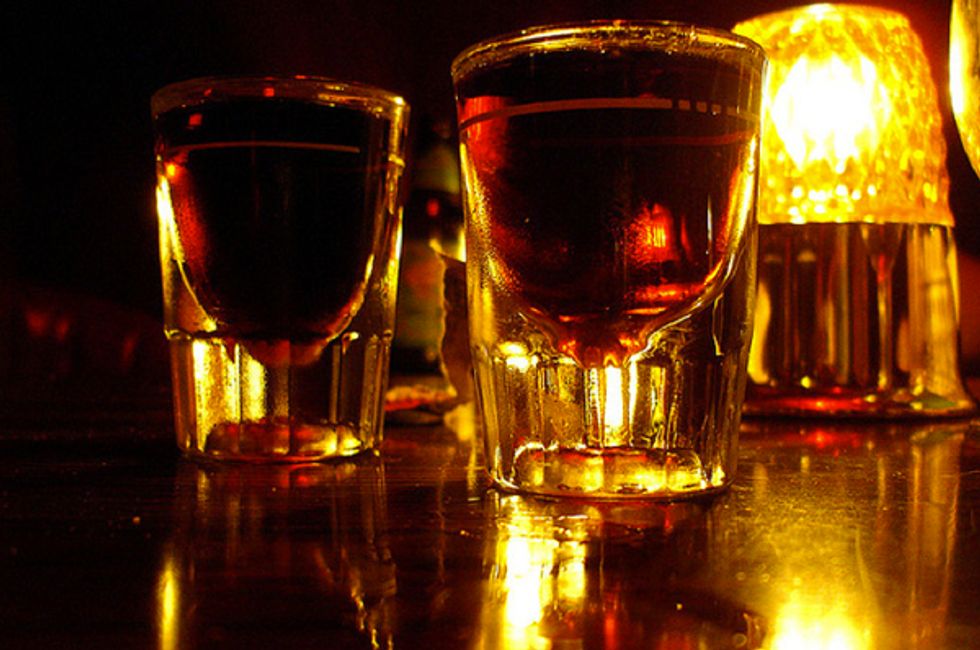 Fernet Graduates from The Shot Glass

San Franciscans are the most avid drinkers of Fernet-Branca outside of Italy (where it's made) and Argentina (where it's the unofficial national drink). A bitter digestivo that includes myrrh, rhubarb, chamomile and saffron among its many herbacious and aromatic ingredients, Fernet has forever been the not-so-secret handshake for local bartenders.

First brought to the West Coast by Italian immigrants, Fernet-Branca actually survived the Prohibition Era by billing itself as a "medicinal elixir." Now old Italian grandfathers do it. Hipsters do it. Even my Earth mother, holistic pharmacist at Pharmaca—the very picture of clear-skinned health—tells me it's the only thing she drinks. Jason King, owner of The Broken Record puts it simply: "It's an industry drink, and people look to bartenders for cues on what to drink. It started getting so popular three years ago that I couldn't stock it fast enough." Recently Fernet on-tap and Fernet desserts have become a thing. It seems like our love knows no bounds.

Duncan Ley and Ben Bleiman have Fernet on tap at almost all of their bars: Bullitt, Rebel and, most recently, Mayhem. Last weekend, I polished off a meal at North Beach's brand new Park Tavern with a Fernet float. Earlier this month Tony Gemignani also put out a new late night menu at Tony's Pizza Napoletana featuring a Fernet-doused milkshake. He says he's been topping his ice cream with Fernet since a San Francisco bartender introduced it to him in his early 20s. You could say the combination of vanilla ice cream, Ghirardelli chocolate, whipped cream, Berkeley farms milk and Fernet that he now has on his menu is a little more grown up. It's probably one of the easiest milkshakes to throw back in town.