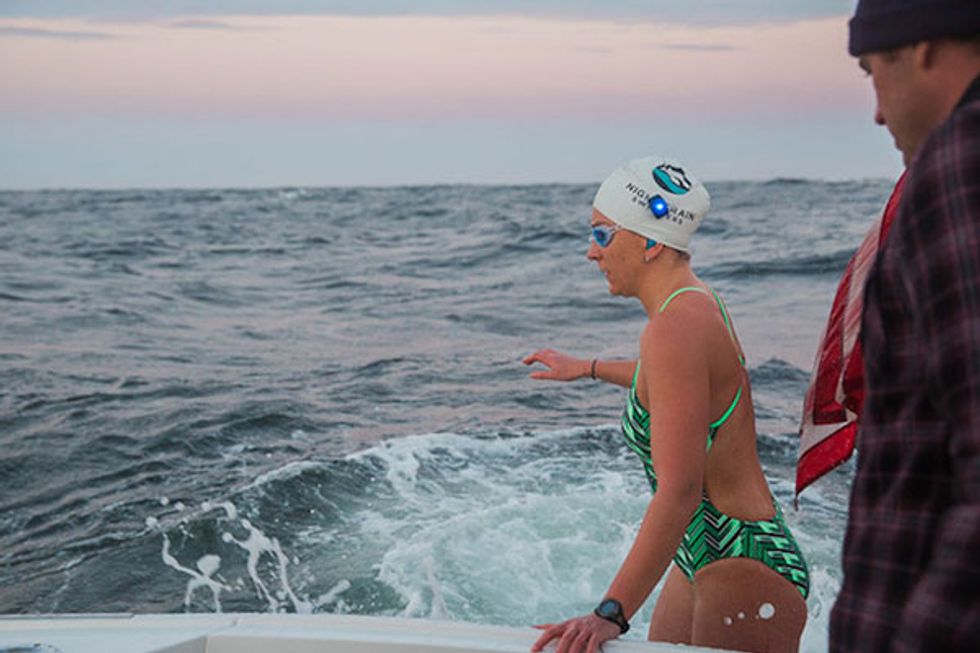 A San Francisco resident became the first woman to swim the shark-infested waters from the Farallon Islands to the Golden Gate Bridge this weekend.

While most of us were still in search of late-night munchies post-Outside Lands, 38-year old New Zealand native Kimberley Chambers was preparing for a performance of an altogether different kind.

At 11:15pm Friday night, Chambers jumped in the water at the Farallon Islands and began to swim. Seventeen hours and 12 minutes later, around 4:30pm on Saturday afternoon, her breast stroke at last carried her beneath the Golden Gate.

A trained long-distance swimmer, Chambers is only the sixth person to ever complete the so-called Ocean's Seven, a collection of seven long-distance swims from around the globe that includes the English Channel. A former ballerina, her victory comes after doctors told her she might never walk again after an accident, back in 2007, that put her into swimming for rehabilitation.

The 30-mile swim from the Farallones to SF, however, is probably the most difficult: "The weather is less predictable, and there are great white sharks," she told SFGate. In fact, just one week earlier, Chambers' trainer had attempted the swim, but was forced to stop once a great white shark began circling him. Yikes! But apparently Chambers is fearless: She didn't even wear a wet suit for her 60-degree watery trek.

"I'm completely overwhelmed. This is something I've wanted for so long and I can't believe I did it," she told CBS News. She's now the first and only woman to conquer the Farallon-to-Golden-Gate swim.

"This is what happens when you're scared of big dreams. You just do them," she said. Congrats, Kim!