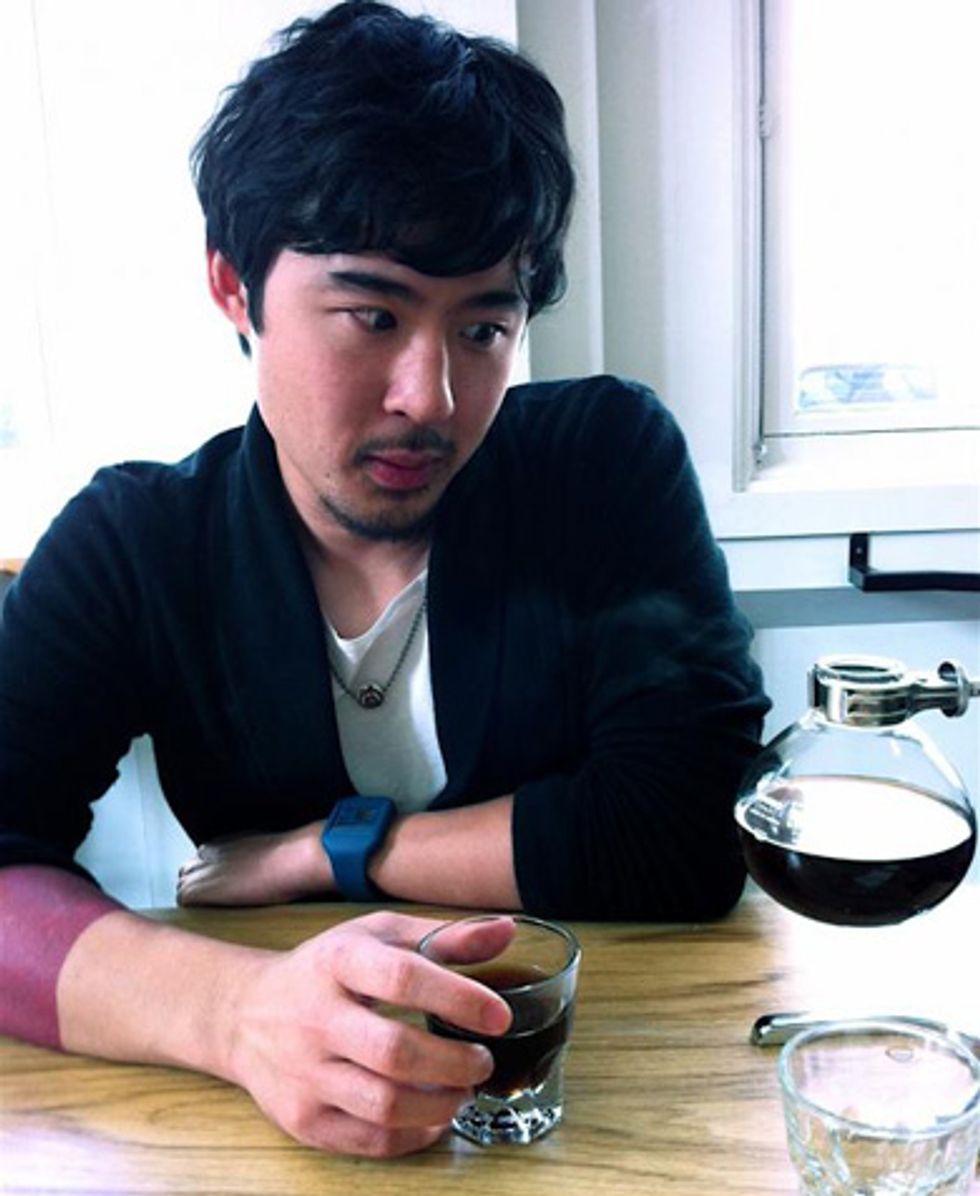 A former food writer for Gourmet online and Salon, Francis Lam has developed a following of fans who enjoy his pithy Tweets and thoughtful pieces on food and cooking. Now the features editor at Gilt Taste—a "new kind of food magazine," as editorial advisor Ruth Reichl calls the glossy (if you can have glossy online), writerly food stories—Lam is becoming a bona fide name in the food lit world.

Lam, who intersperses intellectual food pondering with a Yogi Bear kind of laugh, was here last week to speak on a panel at the SF Street Food Festival. I sat down with him at Blue Bottle in Mint Plaza. While I polished off a great sesame and absinthe cookie, we waited for his fancy, back-to-the-future siphon bar coffee to arrive and chatted about everything in the food world and nothing at all. I forgot to ask him about the pig necklace around his neck.

On some of the good stuff at Gilt Taste.
Becker Lane Pork. The farmer just has a lot of street cred. Michael Pollan has given him some good press. It's on the menu at Cotogna where I just had lunch. Then there's Eclat chocolates. They're delicious and they're really approachable.

On street food.
There's this idea of authenticity. As if food is more real when it comes from the street. It's kind of offensive. A lot of street food comes from a tradition that has nothing to do with a restaurant culture. It's not something meant to be created by professionals. But I like consuming food in a public space. Not having a table. When I was younger, it was like the dirtier the better the street food.

On wine writing.
I think there should be a name for people that obsess about wine. Like foodies. Why not wineys? Personally, if you're going to tell me that there's as much to wine as there is to the breadth of food, you're wrong.

On eating in SF.
I'm going to Coi tonight. And Plum tomorrow. And then I'm headed back to New York.