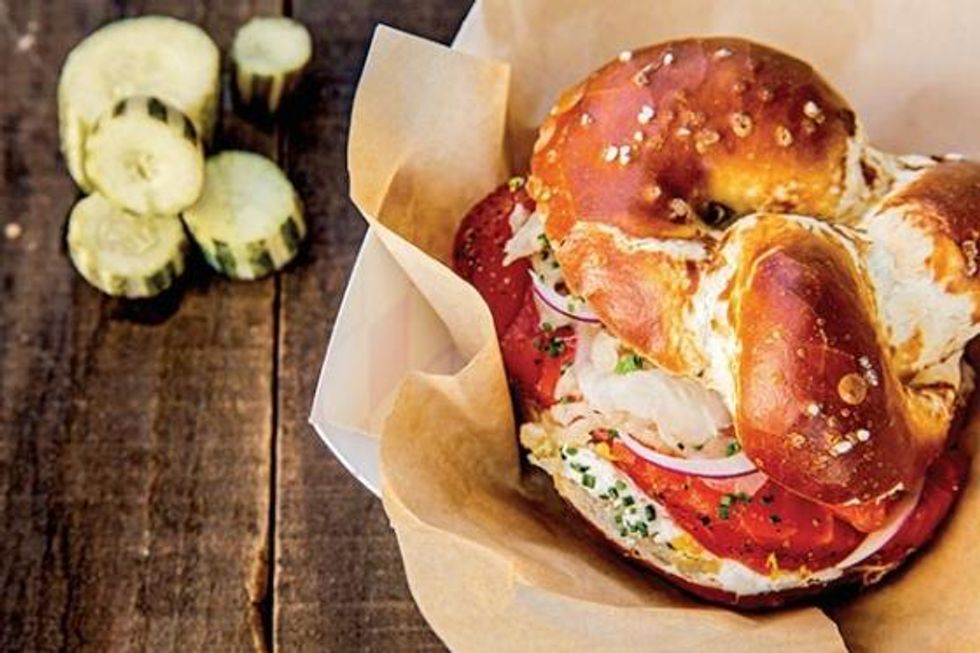 The impending rain just means there will be less of a crowd at these delicious events.

The Hall—a temporary Mid Market venue featuring six independent, local food vendors—will begin rocking brunch from 10am to 2pm on Saturdays and Sundays. All of the vendors—including Vietnamese food truck Little Green Cyclo and The Whole Beast from meat monger John Fink— will serve special offerings not found on their normal lunch and dinner menus. Hit up the bar for bottomless mimosas, micheladas, and shandys for only $10. Oh, yah, and did I mention the live blues playing on Sunday mornings? Get groovin'. 1028 Market Street

A new show called Taco Trip premieres next week on December 16 at 9pm on the Cooking Channel, and you might just recognize the city in the background. The six-episode series follows host Aarón Sánchez for a cross-country culinary journey exploring the Latin side of U.S. cities. In the episode airing on January 6, Aáron comes to San Francisco to visit Papalote, Lolo, and more local eateries, adding even more fuel to the "who makes the best burrito/taco in SF?" fire.