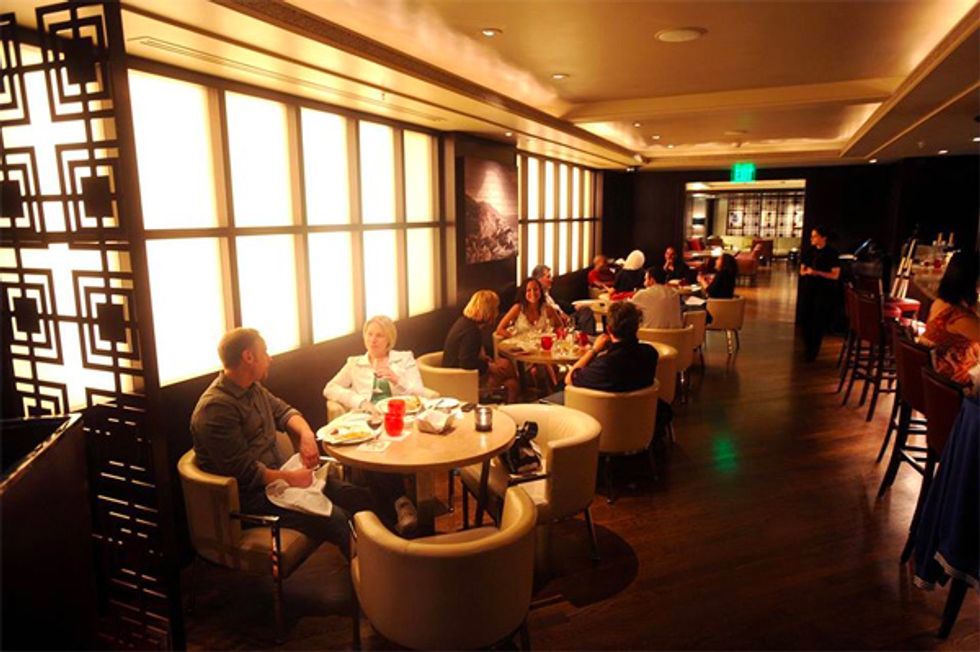 This week's food-world news was dominated by the death of longtime Zuni Cafe chef-owner Judy Rodgers at the age of 57. But a few other things happened, too.

First off, we're sad to report, if you haven't already heard, that Judy Rodgers passed away on Monday night after a year-long battle with a rare cancer of the appendix. She was, undoubtedly, one of the pillars of the Bay Area food scene and an influential shaper of the thing loosely understood as California Cuisine -- she plays a starring role, in fact, in Joyce Goldstein's new book, Inside the California Food Revolution, in which she traces the pivotal moments, and menus, of the period from 1970 to 2000. From her solo stage at Zuni Cafe, she created an easy, European bistro aesthetic, serving antipasti plates and omelets at dinner before such things became de rigeur, and creating an iconic wood-oven roasted chicken dish, served over a warm bread salad, that has become an American classic. She took home the James Beard Award for Outstanding Chef in the nation in 2004, and though Zuni continues at the top of its game over thirty years since it opened, Judy's presence, and taste, will be dearly missed. For more about her and her history at Zuni, see this timeline at Grub Street.

Thursday night marked the opening of Daniel Patterson's much anticipated mid-Market venture, Alta CA. Patterson brought in former Flora chef Yoni Levy, who's given the menu an Eastern European angle, with things like smoked trout, housemade pastrami, and a trio of bialys. There's also a burger; chickpea and oxtail fritters; a number of vegetarian options; and a smoked pork trotter with mustard, Brussels sprouts, and a slow-cooked egg. And there's a full bar, with a cocktail program by Ashley Miller (Hakkasan). Eater has some nice photos, and the full menu. [Eater]

The other big news item of the week is the closing of Fifth Floor after 14 years, which is happening in January, making way for a new, less ambitious restaurant focusing on cocktails and small plates. As Eater reports, the casual concept is being modeled on places like Maven and Trick Dog, which are sophisticated yet decidedly less formal places than Fifth Floor has been. The restaurant has been an incubator of sorts for a bevy of fine chefs, including Frances chef Melissa Perello and Local Mission Eatery/Local's Corner chef Jake Des Voignes. We're told that most of the current staff will remain, including executive chef David Bazirgan, bar manager Brian Means, and pastry chef Francis Ang. And, for the first time, they'll be opening up the restaurant onto the atrium patio that sits outside the windows. Look for Fifth Floor to bow out after January 17. [Eater]

In Hayes Valley, 26-year-old Jewish deli Moishe's Pippic closed last weekend. Owner Joe Sattler decided to retire, and with him goes his pastrami, and his famed matzah ball soup. There's no word yet on what may come to the space at 425 Hayes Street. [Inside Scoop, Hayeswire]