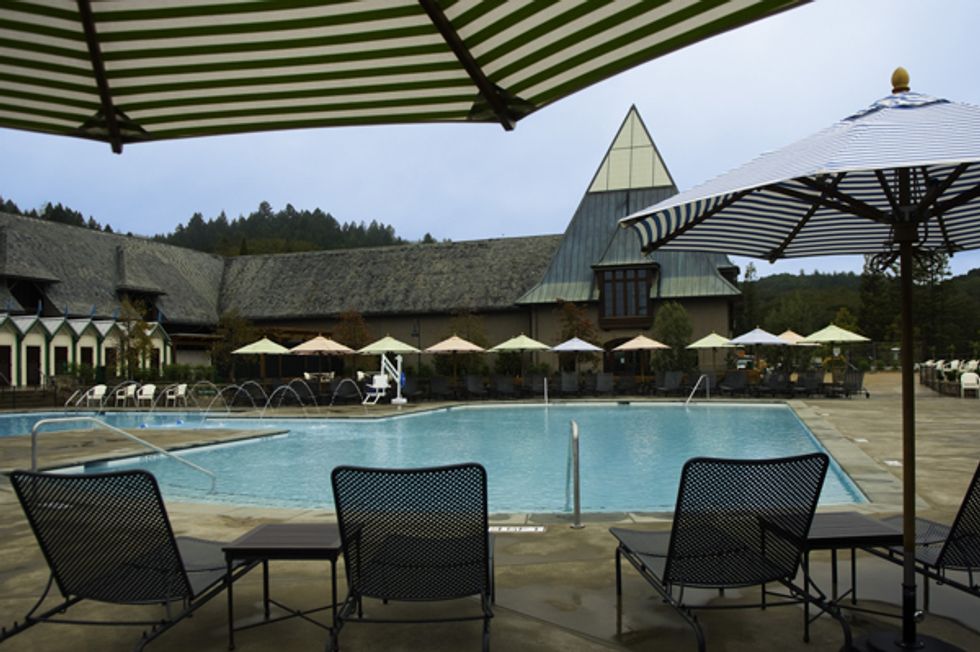 Excitement abound earlier this year when it was announced that the Francis Ford Coppola Winery in Geyserville would be the first in Northern California to feature a swimming pool and a bocce court. But because of bad weather (45-50 inches of rain) and a pool depth not to Coppola's liking, the project was delayed. Turns out Coppola wanted a deep end, and had workers break ground again to make half of the pool seven feet deep instead of three. I spoke with General Manager and Director of Winemaking Corey Beck, and he's happy to report that Coppola took his first dip in the pool this week and gave it a thumbs up. The pool, at a warm 82 degrees, is now open to the public, and will remain so on weekends throughout November.

Beck says Coppola, who lives full-time at his Rubicon Estate in Rutherford and is also currently filming a movie in that area (could it be On The Road?), visits the Geyserville compound once or twice a week to check in on the operations and chat with patrons. As evidenced by the pool situation, Coppola likes to run his businesses "just so," in many cases defying practicality in a way only paralleled in awesomeness by his film career.

Another example of this at the winery? The labels on their Director's Cut varietal, which wrap around the bottle twice. That this is impossible on current wine labeling and bottling machinery didn't stop Coppola from getting it done. He sourced the development of a one-of-a-kind machine from Australia to do the bottling and wrapping. It's now up and running at the compound, working at 90 bottles a minute to make the industry's only wine bottle with a twice-wrapped label.

And as for the pool, props on the deep end and the full bar at the Pool Cafe, which also features their wines on tap.