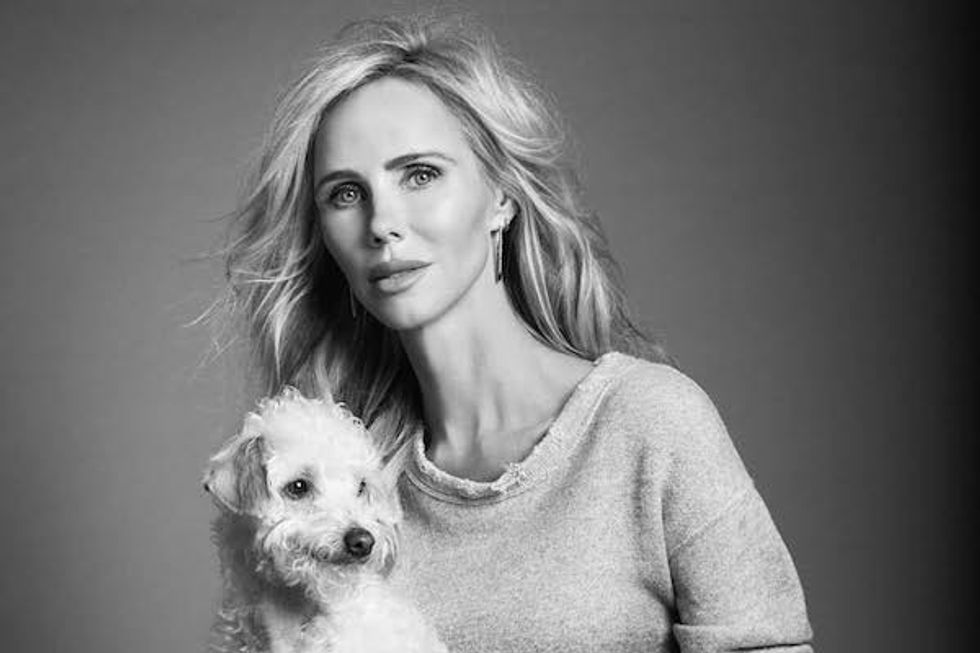 The vanity license plate on the 26-foot van parked outside the Peninsula Humane Society & SPCA (PHS/SPCA) in Burlingame reads, “Fix Me.” The wordplay refers to the 900 free spay and neuter surgeries that have been performed inside the state-of-the-art mobile clinic each year since 2005, when the van was gifted to the organization by lifelong animal welfare activist Vanessa Getty. The reason? By fixing and vaccinating dogs and cats in low-income Bay Area communities, San Francisco Bay Humane Friends—an auxiliary of PHS/SPCA, founded by Getty—has greatly reduced the number of unwanted and stray animals on our streets.

“Stopping the problems before they start is the best way I know to make a real impact,” says Getty, whose organization provides funding for resources—including equipment, staff, and medicine—for free and low-cost spay and neuter programs. Her friend and colleague Rebecca Katz, former director of SF Animal Care and Control, doesn’t mince words about the importance of fixing animals: “If we don’t curtail the number of animals entering shelters, it becomes very challenging to diminish the number of animals being euthanized. Most people want to simply write a check and not think about the suffering. Vanessa rolls up her sleeves and faces it head-on.”

An elegant, flaxen-haired femme, who is often photographed wearing haute finery at high-profile galas and other red-carpet to-dos, Getty—a local girl who married into one of America’s wealthiest families—is well known in the Bay Area and beyond. The siren landed among 2014’s Best Dressed in Vanity Fair, which called her “one of the prettiest girls in town.” But looks aren’t the half of it. Case in point: Prior to joining the board of PHS/SPCA in 2005, she carried out some harrowing rescue missions for Pets Unlimited, including taxing trips to save “unadoptable” animals from a Sacramento shelter known to provide animals to UC Davis for research experiments. And long before that, as an undergrad at UCLA, she worked for Animal Rescue Volunteers, a Simi Valley–based nonprofit, which took shelter dogs about to be euthanized into Los Angeles neighborhoods, where they might be adopted.

Such humble but daring feats have been a hallmark of her life. She has fostered a kitten with a case of ringworm; dodged oncoming traffic on a busy stretch of I-10 to save a wayward dog; and, along with PHS/SPCA president Ken White and SF Animal Care and Control, rescued a pup that had been beaten and chemically burned by a mentally ill homeless man. The animal had to be put to sleep—but that fate was far more humane than continued suffering. “I was raised in a family that loves animals,” says Getty, whose household is currently reigned over by three cats (one named Navin R. Johnson, after Steve Martin’s character in The Jerk) and a “terrier-poodle-squirrel-opossum” rescue mutt called Chauncey, who is hypoallergenic (her husband, Billy, is allergic to dogs), terrified of cars, and “made of nothing but love.”

“I can’t tell you how many times growing up that we pulled to the side of the road to pick up a stray dog or feed a feral cat,” she says. “Strays have a history, they have feelings and, most importantly, they’re living creatures. My family always took that extra step to help them and care for them, and that’s how I raise my kids.” Getty says her three young children possess a sympathy for animals that even extends to pigeons. And while they are still in the lemonade-stand stage of fundraising for animal welfare (“They’re smart. They set up on Fillmore Street, where there’s a lot of foot traffic”), their mother’s philanthropic enterprises are more elaborate affairs, and her public profile has provided her access to a wide variety of donors.

Her friends in the fashion world have been particularly generous. With the support of brands that include Michael Kors, Ralph Lauren, Louis Vuitton, and Mulberry, Getty has staged countless cocktail parties and trunk shows. And she puts on one heck of a stylish fundraiser: Her Purr fashion events, with sartorial donations from more than 80 designers, local fashion mavens, and such Hollywood A-listers as Ellen DeGeneres and Nicole Kidman, have gone a long way toward sustaining SF Bay Humane Friends. The most recent Purr event raised $350,000—enough to cover nearly 18 months of operating costs for the mobile clinic. “Ninety percent of my time is spent at home with my family, hanging out with my kids,” says Getty, who is often portrayed in the press as a social butterfly. But she says, “When I do go out, it is always to support the causes and people that are important to me.”

For almost a decade, she and White have dreamed about building an animal sanctuary, perhaps near Half Moon Bay, modeled after the Best Friends Animal Sanctuary in southern Utah, which provides a 3,700-acre refuge for nearly 2,000 homeless birds, dogs, cats, horses, goats, donkeys—you name it, they’ve probably got it.

But it’s impossible to think about the rescue and care of animals without considering how they came to be at risk of harm. Many advocates point to the lack of strong legislation protecting these creatures from abuse. A New York Times article reports that New York animal activists recently “captured law enforcement’s attention in part by emphasizing that animal cruelty can be a ‘red flag’ for future crimes, particularly domestic violence.” And Getty agrees. “There need to be serious consequences for animal abusers,” she says. “If you harm an animal, you can just go back and adopt another one. There are no real safeguards, at least none that I consider satisfactory.”

Might she someday get involved in the fight for more animal-friendly laws? She says, “Absolutely—I’d love to work toward that.” When the time comes, Getty will no doubt be a valuable champion. As White says, “Vanessa is not a big fan of ‘can’t be done.’ Frankly, when she sets her mind to something, she’s a real force of nature.”