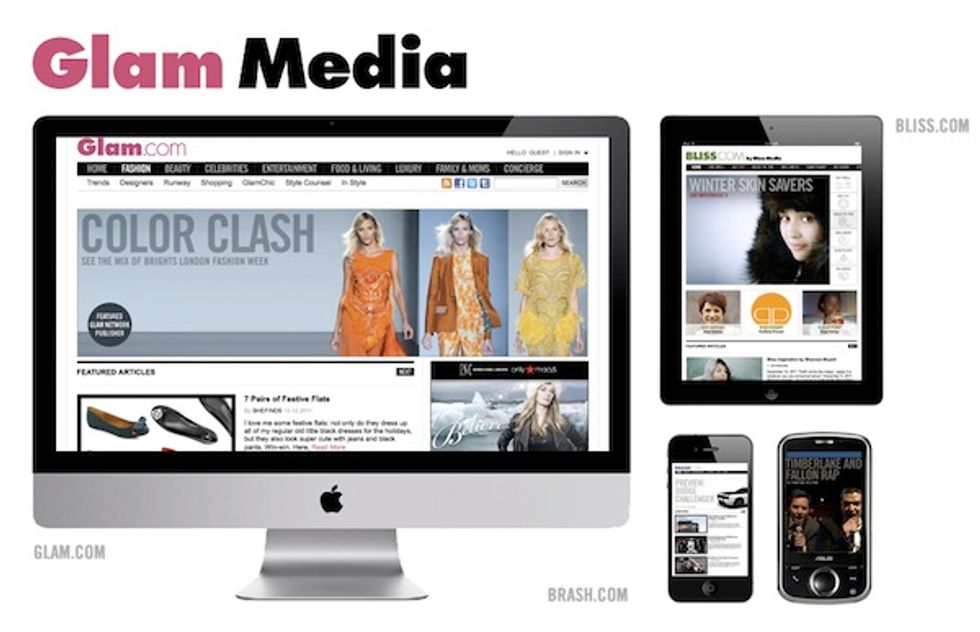 Since launching over seven years ago in a Victorian house on Downey Street in the Haight, Glam Media has grown into a top-ten online media company with a global audience, mainly women, focused on its aggregated, curated lifestyle content.

Headquartered next to the Bay in Brisbane, just south of the city, Glam now employs roughly 500 people worldwide, with around 150 here. Except for the tech staff here and in India, the great majority of its employees also are women.

Samir Arora, Glam’s CEO, told me, “Given the kind of company we are, it’s very unusual to be in the Bay Area. There’s no one else like us here. You’d expect us to more likely be in Paris, New York or L.A.”

But Arora and his co-founders are all Bay Area people, most with backgrounds in Silicon Valley, especially at Apple, where Arora spent ten formative years earlier in his career.

The ideas behind Glam include replacing the old print-and-broadcast model of traditional media companies with “vertical media” curated by 4,000 authors, which means it rivals Reuters or the AP in size.


Another 800-1,000 would-be authors are on the wait list to join up, which is not surprising because under Glam’s model journalists and writers can earn real money under the Hollywood “residuals” model. Whenever their content is viewed, they share revenue with the company.

Arora says that three of Glam’s content curators have earned over $1 million in residuals this year – a good year for a writer or editor in any medium.

With its focus on women aged 18-49, Glam has forged what Arora called a “very deep connection between the content and the advertiser.” Ads appear in context from the 1,000 brands from Gucci to Prada to Neiman Marcus throughout its network.

“Our company feels like a cable TV network with many different channels,” says Arora. In recent years, Glam has added channels targeted at men (Brash), health (Bliss), and other topics/demographic segments. It also acquired the social networking site Ning this fall, and its next big area of expansion, during Q1 2012, will be food.

At the core of the company’s UI is an attention to the details of design. In this way, if Glam were a country, it would probably be Japan (where, in fact, it has a large audience.)

One line of business Glam has chosen to specifically not enter is ecommerce. “We cannot do that well along with everything else,” notes Arora. “So someone else will figure that one out, not us.”