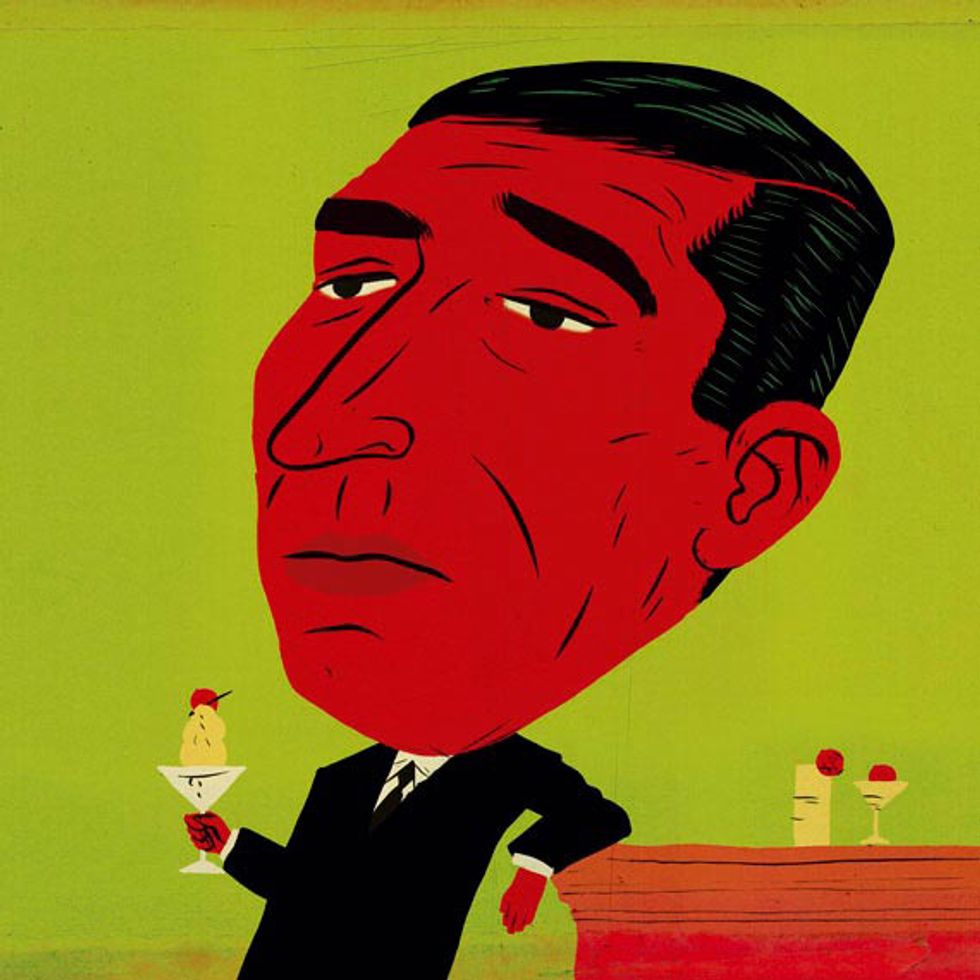 Has the Mixology Movement Created a Monster?

As a spirits writer, I suppose I’m as guilty as the next bar snob. But you don’t have to make your living critiquing cocktails to give your local bartender a migraine. Like the foodie movement before it, the recent mixology trend has created a new breed of patron, the kind who orders like this: “I’ll have an Aviation, the Hugo Ensslin version, but with Old Tom and Yvette instead of violette, so make it two-one-quarter-quarter. Luxardo, not Maraska, maraschino and who grows your lemons? If you have 2-inch cubes, I’ll take it on the rocks, but not if you’re using Kold-Draft. I know it’s supposed to be served on the stem, but I’m sick of that Nick and Nora glass.”

Bartenders can celebrate: They’ve succeeded in educating their customers. But they’ve also created some highly demanding ones who order minor cocktails from out-of-print recipe books, bring their own homemade bitters to the bar, and lecture nearby customers on their poor beverage choices.

“The snobs don’t get to me so much,” says Marcovaldo Dionysos of Rye and Smuggler’s Cove. “Sure, there’s always the game of ‘stump the bartender,’ but I’m rarely stumped and can usually laugh it off. Especially when it’s a question like, ‘Can I have a Vesper but with vodka?’”

Another type of snob is the customer who orders a cocktail from a famous, faraway mixology bar such as Milk & Honey or the Pegu Club in New York. “The inability to order something appropriate to the barstool they’re sitting on is what makes these customers insufferable,” complains one anonymous bartender. Marc Goldfine of 83 Proof, a bar downtown on First Street, takes a lighter tack, arguing that this is often an innocent mistake. “Not all customers have a collection of cocktail books at home to know what’s a classic and what’s not a classic. They don’t realize that
cocktails aren’t universal.”

Then there’s the customer who refuses to order from any menu at all, no matter how excellent. “I was working at Beretta and Alembic and no matter how busy it was, there was this one guy who always insisted on getting something that wasn’t on the list and then asking for the recipe. He even emailed me his personal log of recipes,” says Jason “Buffalo” LoGrasso, now bar manager at Quince and Cotogna.

It’s better to bow to a micro-managed drink order, however, than to suffer the breed of snob who doesn’t know what he’s talking about. This might be the most unforgivable patron of all. “The worst are the false snobs who ask what our house gin or bourbon or rye or tequila is and then wrinkle their noses and ask for something of much lower quality,” says Dionysos. “That really annoys me.”

Snobbery goes both ways, however. The customers may simply be reflection of—and comeuppance for—the pompous attitude some bartenders have assumed lately. It just goes to prove that he who offers many bitters will eventually get a taste of them.

Bar Snobbery 101: How to Be a Snob Without Being a Boor

1. If you see a garnish tray full of gloppy glowing red maraschino cherries, beer is the way to go.

3. The big Kold-Draft ice cubes are the way to go.

4. Bottled tonic water: yes. Tonic off the soda gun: no.

5. Questions about the drinks are welcomed and your interest is appreciated. Unless the bar is slammed.

6. The time for nerdy conversations with bartenders is called “happy hour,” not “Friday night.”