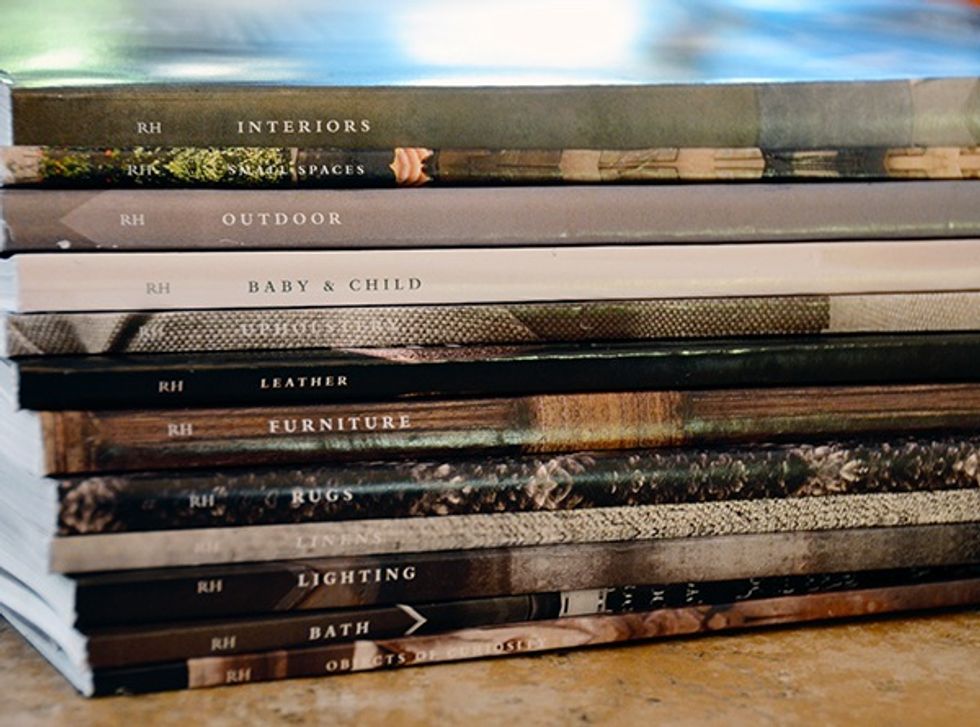 Next to Vogue’s iconic September issue and unabridged translations of War & Peace, Restoration Hardware’s annual catalog stands as one of the largest tomes in the English language. This year’s release was huge—3,200 pages in 13 volumes, to be exact—and the book presents a comprehensive look at the company’s latest designs, invaluable for both the professional designer and HGTV-inspired décor nut looking to take their home or office to the next level. A recent grassroots effort, however, has asked recipients of the release to take part in a mass book return this Saturday in Los Angeles. (As of publication, a scant 30 people plan on attending.) The backlash even made news on this morning’s Today Show and Good Morning America. But does the lauded design book deserve to be tossed into the green bonfire?

First, it’s not a catalog, folks. As Restoration Hardware CEO Gary Friedman (formerly known as RH’s Chairman Emeritus, Creator and Curator) points out, they’re “source books.” Second, these books, at least according to RH, may not be as damaging as we’re being led to believe. As the Corte Madera-based company notes on its site, RH’s entire collection is mailed just once a year. The paper is forest certified, meaning that it's sourced “exclusively from sustainably managed forests in North America.” RH also sponsors a program that “enables forests to be harvested and replanted responsibly,” and even the brand’s shipping is carbon neutral — i.e. RH pays carbon offsets to balance out the emissions produced by shipping.

Then again, images like this may give some pause for concern.

But Friedman goes on to suggest that most of his company’s sales are direct, not through the magic of the Internet. As Apartment Therapy points out, “Resto wants to sell via the web, but telegraph its offering through the size and style of its books and stores—all of which are BIG. In other words, in order for Resto to distinguish itself, it must leverage its retail presence as much as possible.” And their recent earnings are bonkers. Forbes reports, “The company reported $366.3 million in first quarter revenue, up 22% from the same period last year.”

Not everyone is beaming over the books, however. “I can't stand the fact that we received a huge stack in our office and I received the same huge stack at home. Incredibly wasteful," local interior designer and Cavalier shop owner Jay Jeffers tells 7x7.

He adds, "But we have used images of the book to show clients pieces. It's good to show pieces in situ. Clients get it that way. ”

What do you plan on doing with your Restoration Hardware bibles when they land in your mailbox—er, doorsteps?