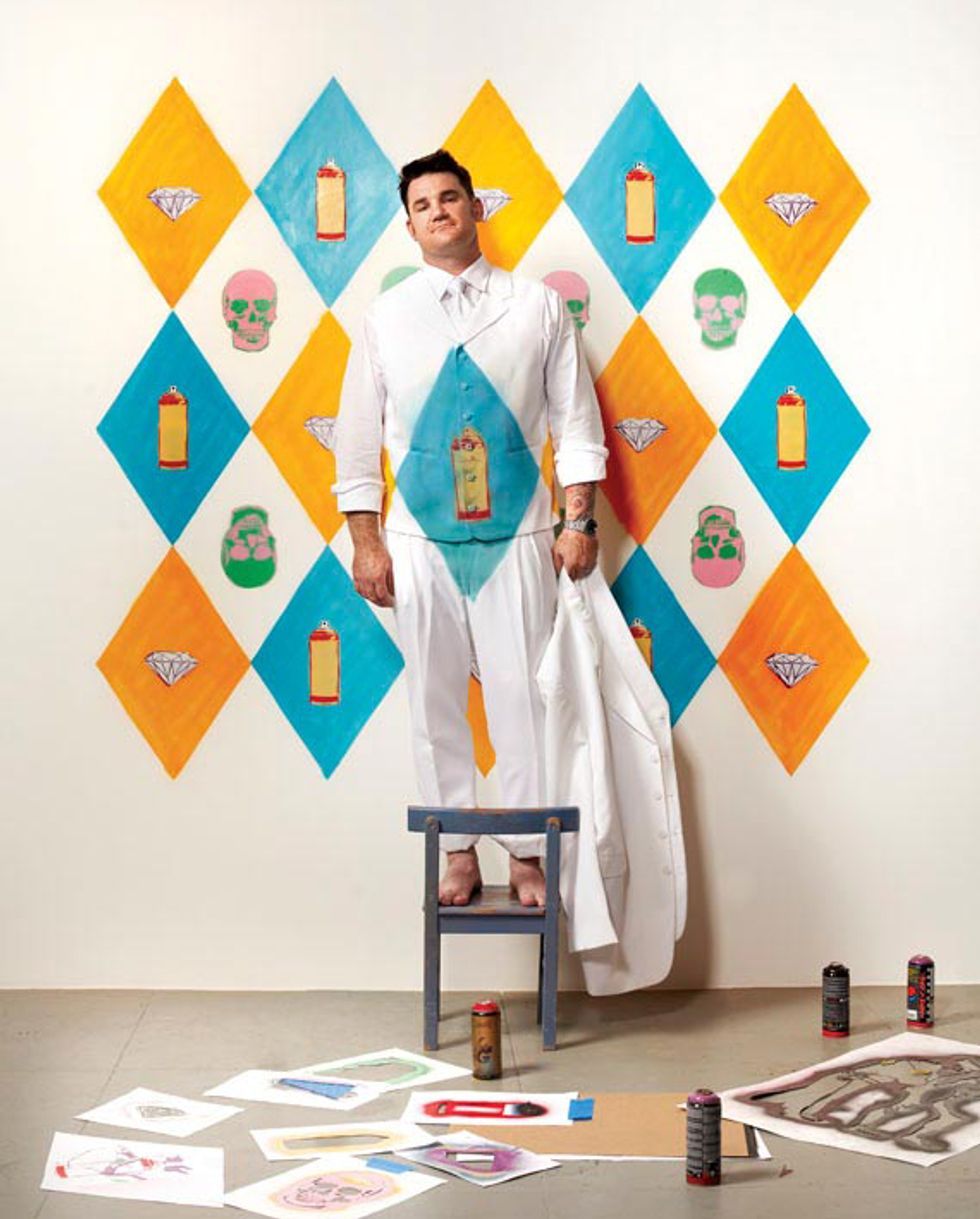 “In Los Angeles and New York, art is a scene,” says gallery owner Justin Giarla. “Here, art is a community.” And it’s one that Giarla has been smack in the middle of for the past 20 years. Owner of Shooting Gallery and White Walls, he’s long championed the street-art movement, especially in the Tenderloin. He remembers six years back when a funny guy named Thierry—aka “Mr. Brainwash” from this year’s well-received, Bansky-directed documentary Exit Through the Gift Shop—was following artist Shepard Fairey around Shooting Gallery with a camera.

Giarla views his sprawling, new 3,000-foot gallery, 941 Geary, as his opus. He’s confident it will draw world-recognized artists, placing San Francisco on the international art map. When it opened just a few months ago, 941 unveiled a massive installation billed as an “art opera” by Mike Shine, and for November, Giarla has lined up an exhibition by Fairey and photographer Glen Freidman, whose iconic photographs of Tony Alva appeared in the classic surf and skate documentary Dogtown and Z Boys. Right now, Giarla’s favorite artists include D Young V (known for his pen-and-ink images of a post-apocalyptic SF), Hugh Leeman (who does portraits of the homeless in the Tenderloin), and Jesse Hazelip (who recently showed at the SFMOMA). You can catch glimpses of their work on the streets—a movement to which Giarla will always remain true.