In Mexico City, Things Are Hotter Than Ever 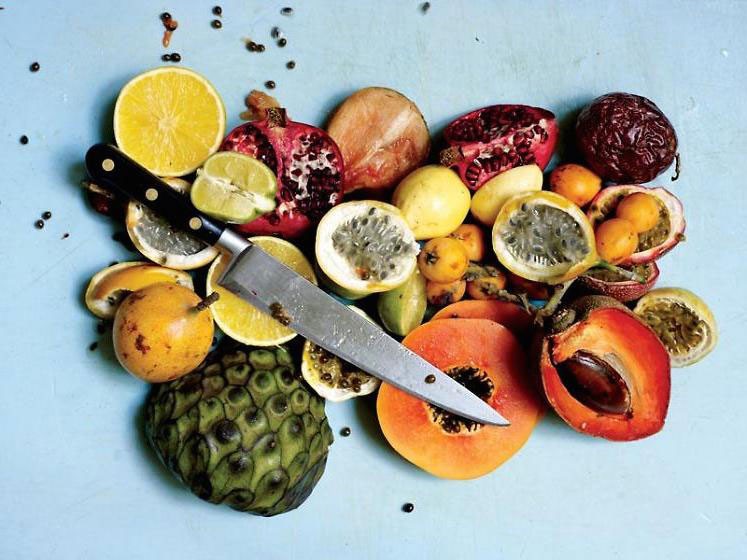 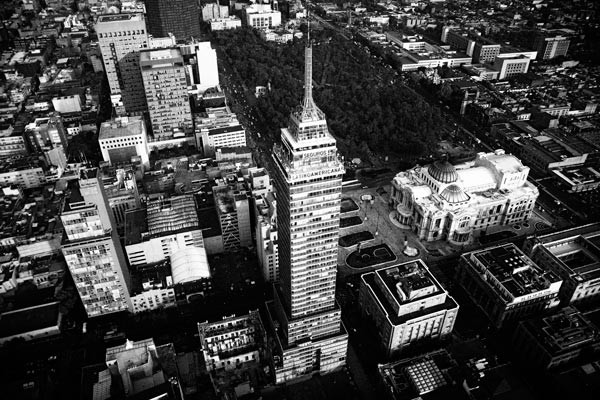 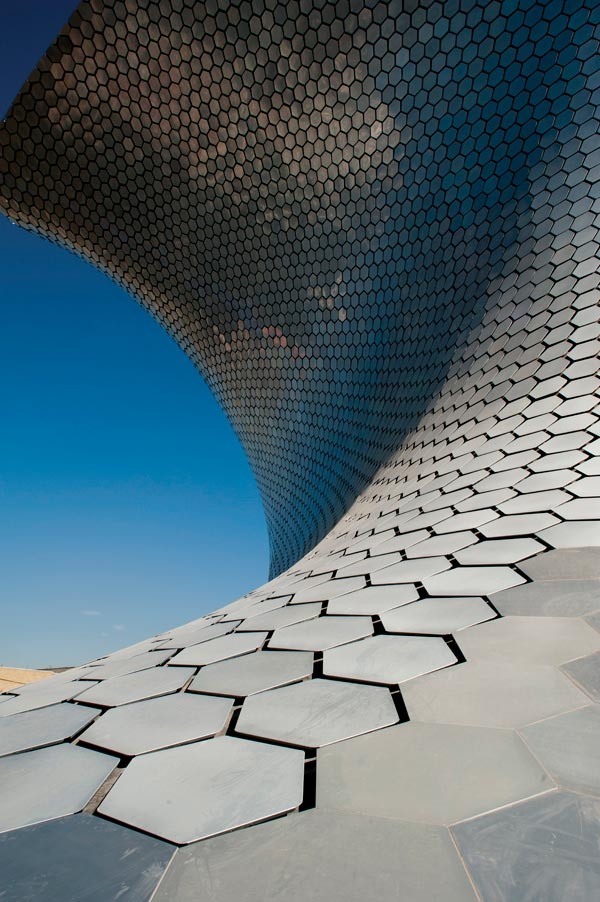 Previous Next
The aluminum tiles covering the sweeping structure of the Museo Soumaya. Photo: Adam Wiseman 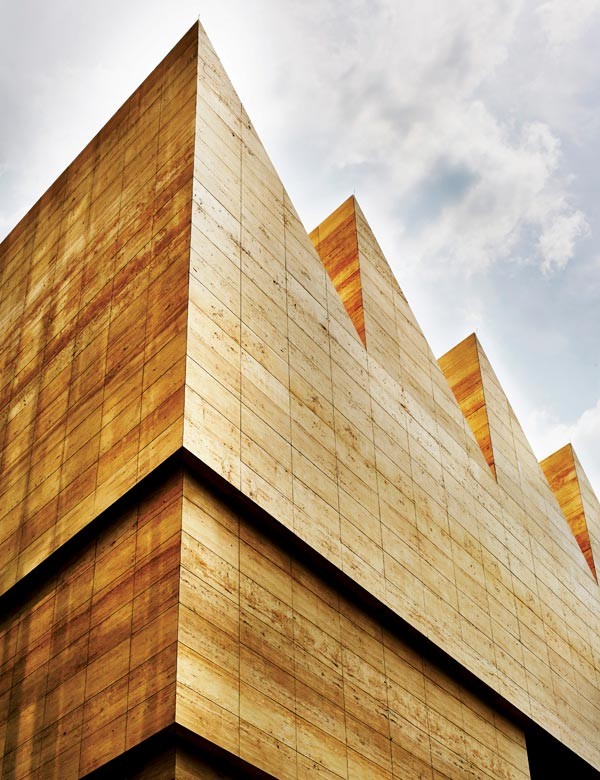 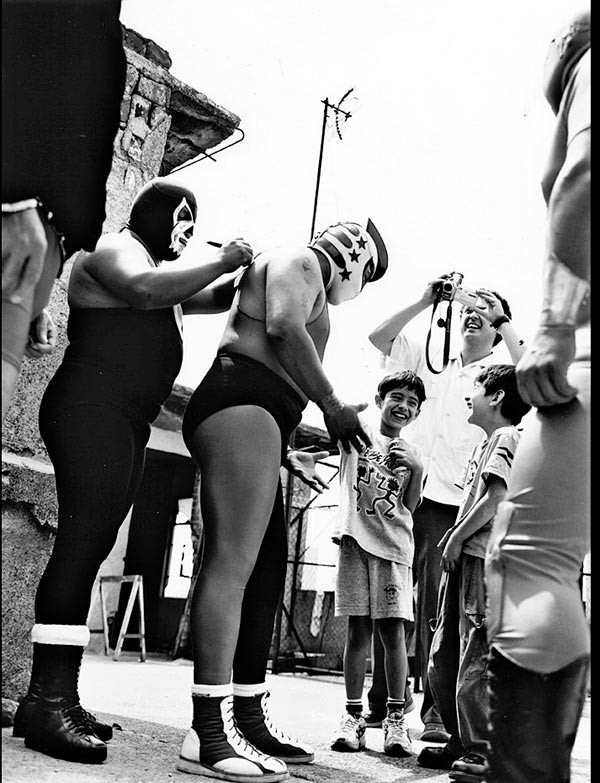 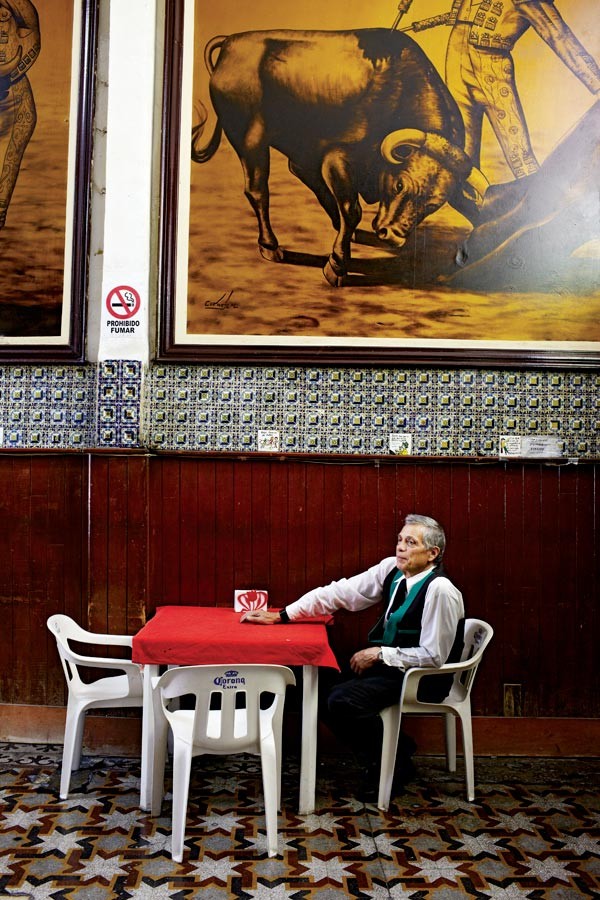 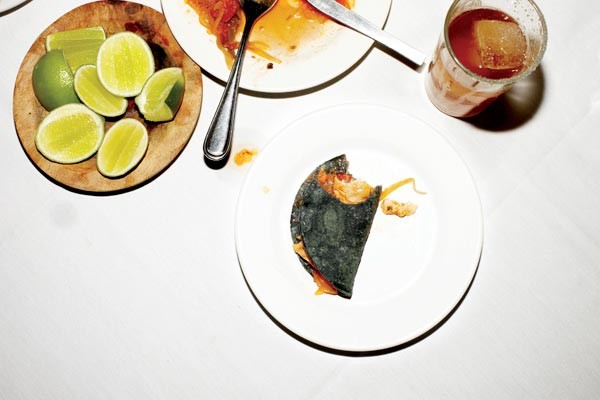 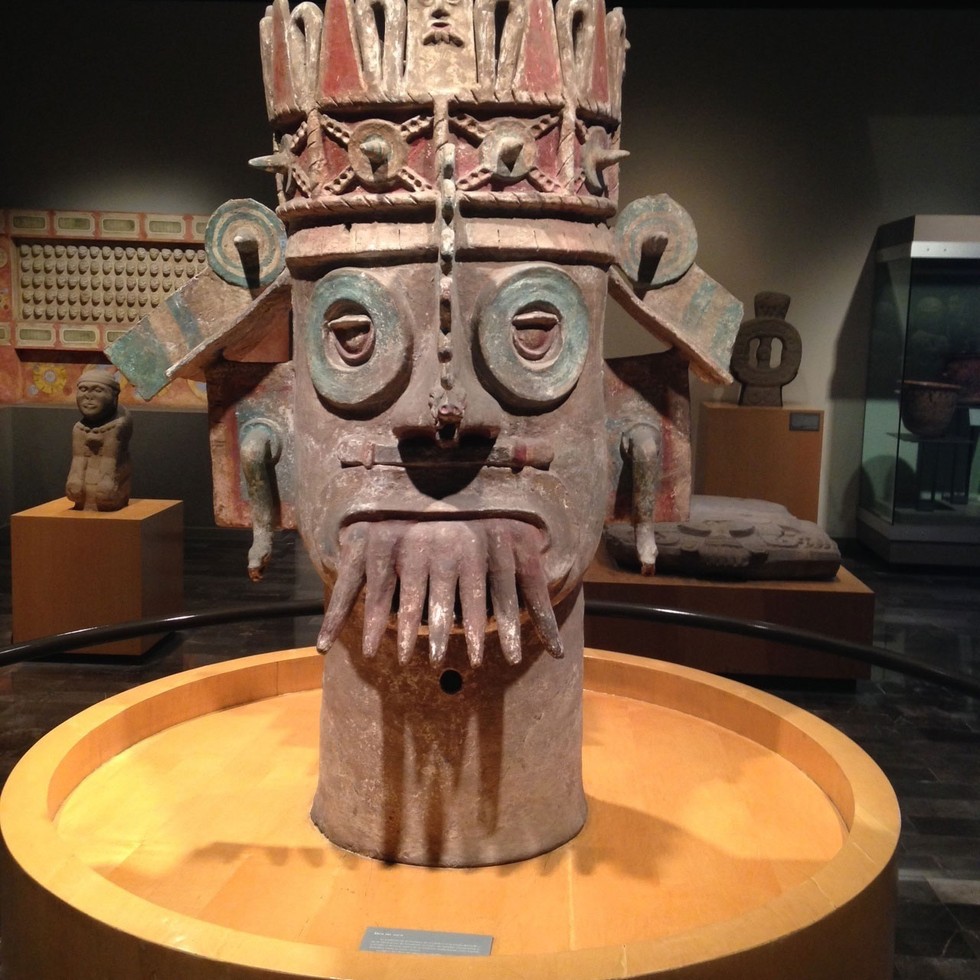 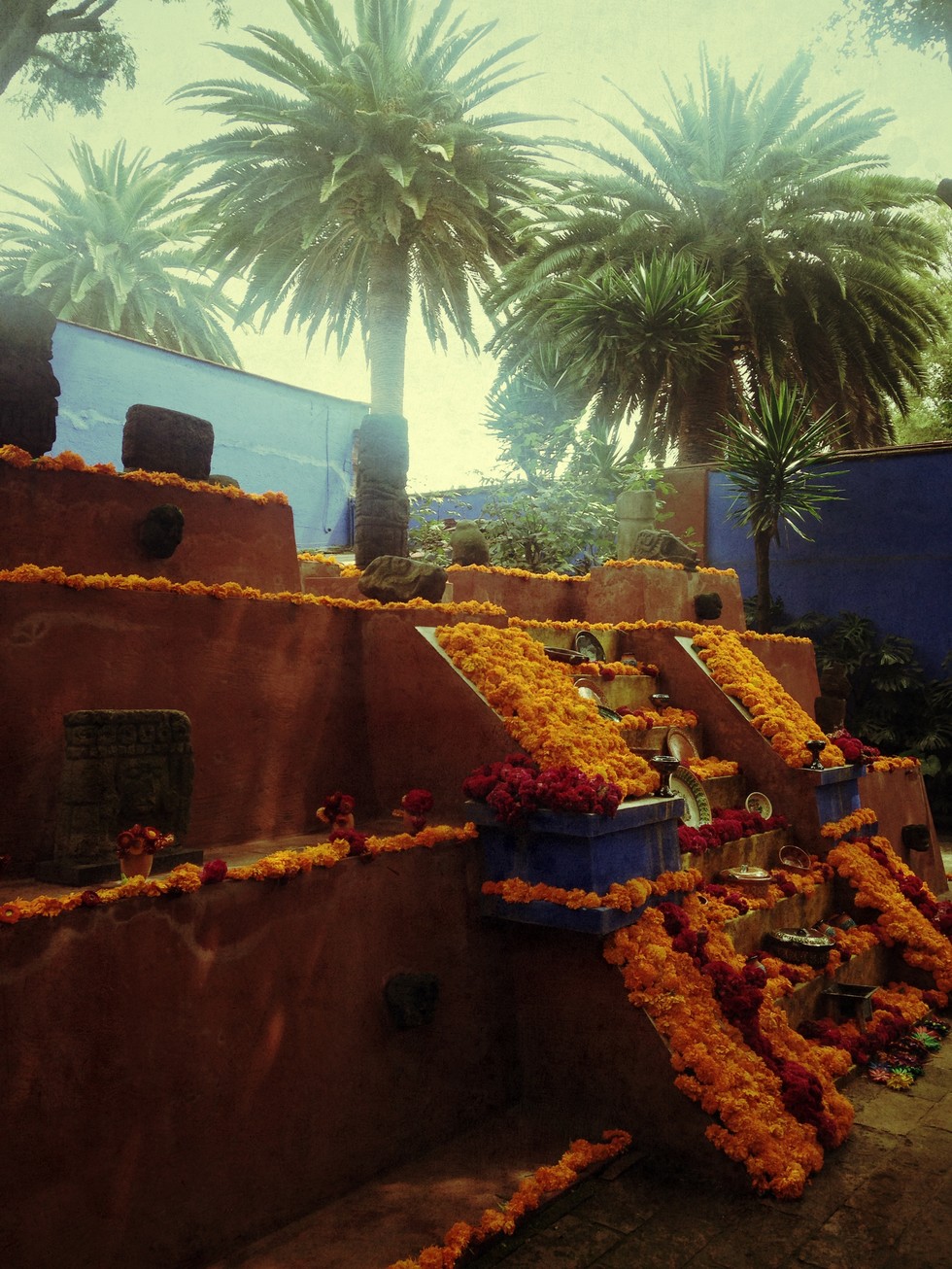 For some, Mexico City comes with a warning label. When I posted on Facebook that I was going, my sister emailed me an article about beheadings. A tennis pal cautioned me to take only radio-controlled taxis, to avoid the risk of being taken for a metaphorical (and literal) ride.

But the taxi driver I hailed at the airport was a nonthreatening man who spoke very little, if any, English but knew exactly how to find my rental. At a traffic light, a young man in a baseball cap approached the car, carrying what appeared to be a bouquet of balloons but turned out to be brightly colored Afro wigs held aloft by sticks. The surreal moment was somehow reassuring.

The proprietor of my Art Deco digs showed me up the wide stairs of an airy building, which seemed as if it hadn’t been restored—just beautifully preserved and cared for. It was surrounded by a neighborhood that matched. This was no Miami Beach enclave of design-drunk renovations, just great architecture standing the test of time, aided by owners’ TLC.

Feeling lucky and relaxed, I took a tour of the leafy neighborhood, with its broad promenades and Parque Mexico, a lush urban park. I stocked up on groceries. I got some coffee. I checked my phone. I asked myself, “Now what?”

Leery of getting lost on the Metro, I hoofed it to the Zona Rosa neighborhood, where I bopped around savoring a favorite feeling—that of being a stranger in a strange land. A therapist who tried to provide insight into my sometimes unruly moods once advised me that the “weather in my country” was to blame (another metaphor, of course). At that moment, in the heat of Mexico, the climate felt pretty good—but it would soon change.

I flagged a non-radio-controlled cab to head home. The driver spoke no English and seemed uncertain, and doubts began to creep in. When, at 1 a.m., it was clear we were lost, I asked him to let me out. Using my phone’s compass, I determined we had been going in circles. I weighed the options: Walk all night? Sleep in a park? How does one survive alone in a metro area of 21 million people?

Turning a corner, I encountered a flock of outrageous ladies of the night—the kind with broad shoulders, muscled arms, long dresses, and theatrical wigs. They were screaming at each other but stopped when one spotted me and said, “Hey!” With that, my sense of impending doom evaporated. Then, I noticed that they were standing in front of a store whose windows displayed expensive women’s gowns and quinceañera dresses—their savvy marketing sense made it their corner. I realized that I was at an intersection on the street where my apartment stood—a stretch of pavement that, by day, was very quiet. It was as if the ladies were sirens sent by Pedro Almodóvar to point me home.

The next day, I hit the National Museum of Anthropology and spent an entire day pondering the ways of the Toltecs, Aztecs, and Mayans—how they flattened their heads, sharpened their teeth, and built architectural wonders before vanishing. Heading for a late lunch at Contramar, a restaurant highly recommended by a San Francisco chef, I passed a Ferragamo store protected by a guard holding a machine gun. Taking a seat at the bar in the packed restaurant, I spent the next couple of hours ordering barbecued pulpo (octopus) and several glasses of wine, while soaking up the cosmopolitan energy and admiring the clean lines and spaciousness of the place. It was a revelation when the handsome and solicitous waiter never returned to ask me, “How is everything?”

By now, Mexico City and I were on the same wavelength. In SF, I entertain myself on BART by pretending I’m in another city. It’s a trick that makes you see your surroundings with fresh eyes. In Mexico City’s underground, as I head to the Frida Kahlo museum in Coyoacán, I don’t need to pretend, and the mass of humanity is fascinating. At the museum, I’m humbled by the presence of Kahlo’s creativity and will. Leaving the building, I go to a nearby marketplace to buy chicken mole from a street vendor, and it’s as though some kind of witchcraft has rendered all my prior mole experiences moot.

Mexico City kicked my ass—in a good way. A friend, the same one who warned me about Mexican cabbies, explained the fine difference between yo soy bien (I am well), a phrase that points to one’s essence, and estoy bien (I’m fine), words for a good mood. On this trip, the weather in my country had never been better.

Mexico City is a sprawling cosmopolitan combination of the beautiful, surreal and bohemian situated at over 7,000 feet above sea level. With 21 million residents and more food, culture and other experiential options than practically any city in the US or the world, it’s easy to feel overwhelmed. So you might need to adopt the philosophy that made it work for me, and that’s “tranquilo” the Spanish word that refers to adopting a calm state of mind. With that you can let the city’s sometimes daunting pleasures come at you, or better yet, embolden you to jump on the world class subway and pursue them first.

Get there: Fly to Mexico City International Airport

When to go: October - January

Who it's for: Food lovers, Art Connoisseurs, Bohemian Types

Eat: The seafood, service, and ambience at Contramar will knock you out. Tip: sit at the bar and order some BBQ Pulpo for a bustling and Europe-feeling late afternoon lunch that slides into early evening. El Tizconzito conjures alchemy in the form of Al Pastor tacos, which are not only cheap, but are designed to fire off as yet unused synapses in your brain.

Stay: Hotels abound, but you cannot beat the privacy and feeling of enjoying the DF on your own terms than an apartment. This Art Deco building is airy and beautifully maintained by Francisco Aquirre located right next to the leafy and gorgeous Parque Mexico.

Shop: From street shopping to luxurious department stores, Mexico City has it all in abundance. Bazar Artesanal de Coyocán offers a teeming marketplace filled with multiple vendors selling everything from fine leather belts and artisan jewelry to lucha libre masks and hand wrought pottery. El Palacio de Hierro is known as Mexico City’s smartest department store chain and its original 1930s downtown store is still thriving and in the business of juggling the chic with the necessary.

Play:  Spend the day wandering through the sweeping modernist architecture that is the Museo Nacional de Antropologia, and view five floors worth of Mexican history. Or take the metro out to Coyocán to visit the Museo Frida Kahlo and be humbled by her creativity and sheer will. Spend a Sunday in the leafy, green vibrance that is Parque Mexico.