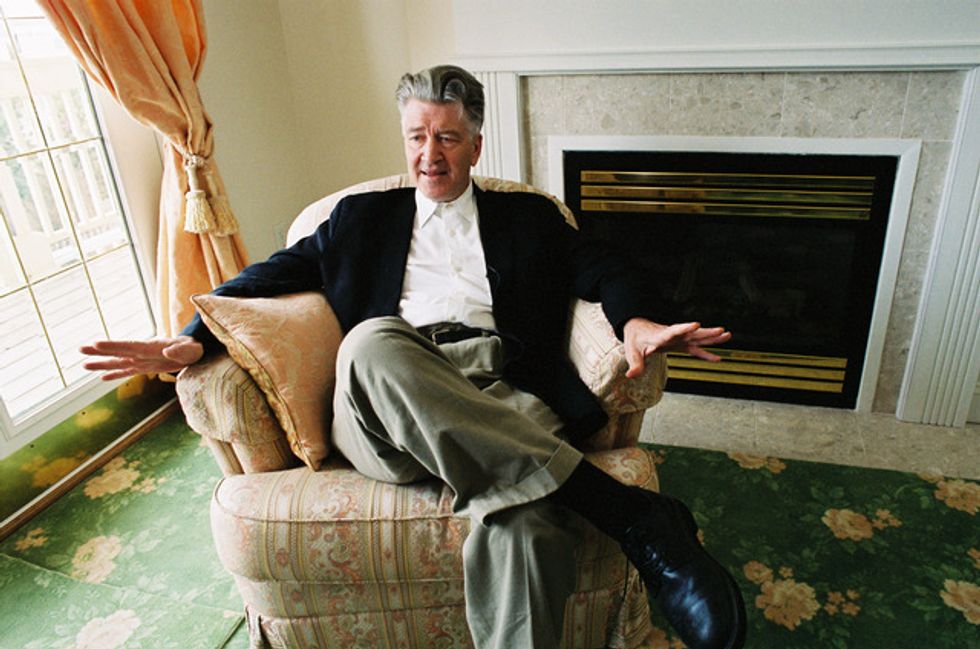 If you can tear yourself away from the second round of the National Football League's playoffs this holiday weekend, and you weren't lucky enough to plan an escape to Napa or Tahoe, take heart. The city's indie theaters feature no small selection of last year's best and brightest Oscar contenders for your viewing pleasure.

Where: Castro Theatre, 429 Castro St., 415-621-6120
When: Jan. 14-16
Why:
Director and founder of San Francisco's Berlin & Beyond festival Ingrid Eggers co-presents three days of German cinema this weekend at the Castro, kicking off the festivities with Mahler on the Couch, in which the famous maestro combats his domestic malaise by seeking out the counsel of Sigmund Freud. Mahler is to be followed by an opening-night party. Other Gems include Björn Richie Lob’s documentary Keep Surfing, about an out-of-the-way surfer's paradise in Munich, and David Wants to Fly, in which filmmaker David Sieveking (American Embassy) and longtime idol David Lynch separate the myths from the sometimes surprising realities about transcendental meditation.


2.Casino Jack
Where: Embarcadero Center Cinema, 1 Embarcadero Ctr., 415-352-0835
When:
All Week
Why:
Not to be confused with Alex Gibney's 2010 documentary Casino Jack and the United States of Money, George Hickenlooper's comedy examines the shameless exploits of disgraced Washington lobbyist Jack Abramoff, portrayed here by Kevin Spacey. Whether or not you're familiar with the most scandalous aspects of Abramoff's stranger-than-fiction story, the movie thrives less on revelation than on Spacey's tireless energy, and the offbeat, almost winsome charisma he brings to his notorious con man.

Where: Sundance Kabuki Cinemas, 1881 Post St., 415-929-4650
When: All Week
Why:The best of intentions can’t rescue a flatlining relationship, a lesson learned through tears, small explosions and passionless embraces by Dean (Ryan Gosling) and Cindy (Michelle Williams), a young married couple watching the embers of their romance turn cold in Derek Cianfrance's Blue Valentine. Where did their passion go? Cianfrance leaves that question to our imagination. Dean and Cindy's cohilly civility – as well as the riveting, award-worthy performances of Gosling and Williams – gives Valentine its withering power.

5. Rabbit Hole
Where: Embarcadero Center Cinema, 1 Embarcadero Ctr., 415-352-0835
When: All Week
Why:John Cameron Mitchell (Hedwig and the Angry Inch) directs Nicole Kidman and Aaron Eckhart, playing a couple coping with the recent loss of their four-year-old son, in this thoughtful, cautiously upbeat adaptation of David Lindsay-Abaire’s Pulitzer Prize-winning play. Rather than wallowing in their misery, which threatens to drag them down but not the movie, Rabbit Hole focuses on the healing processes that divide parents so consumed by individual grief that neither is attuned to the other’s needs. It's not easy to watch, but the movie sounds no false notes.

6. The King's Speech
Where: Embarcadero Center Cinema, 1 Embarcadero Ctr., 415-352-0835
When: All Week
Why:Colin Firth (A Single Man) should land at the forefrunt of a second consecutive Academy Award race with his funny, moving performance as Bertie, the tongue-tied son of King George V, whose ascent to the British throne is complicated by his stammer. Enter Lionel Logue (Geoffrey Rush, also Oscar-bound), an unconventional speech therapist who pushes Bertie to realize his potential and becomes his best friend in the process.

Where: Castro Theatre, 429 Castro St., 415-621-6120
When: Jan. 19
Why: Until recently, Mark Zuckerberg, the man most responsible for the world’s largest online clubhouse, managed to remain largely anonymous outside his circle of business associates, who should never be confused with his buddies. David Fincher’s The Social Network changed all that. Did Zuckerberg draw his tireless motivation to succeed from repeated rejections? Was he a misfit looking to fit? In some ways Fincher, who has portrayed serial killers both fictional (Seven) and real (Zodiac), has never presented a character as soulless as the implacable cyberpunk. Whether the portrait is accurate is hard to know, but Fincher and screenwriter Aaron Sorkin have stated their case.