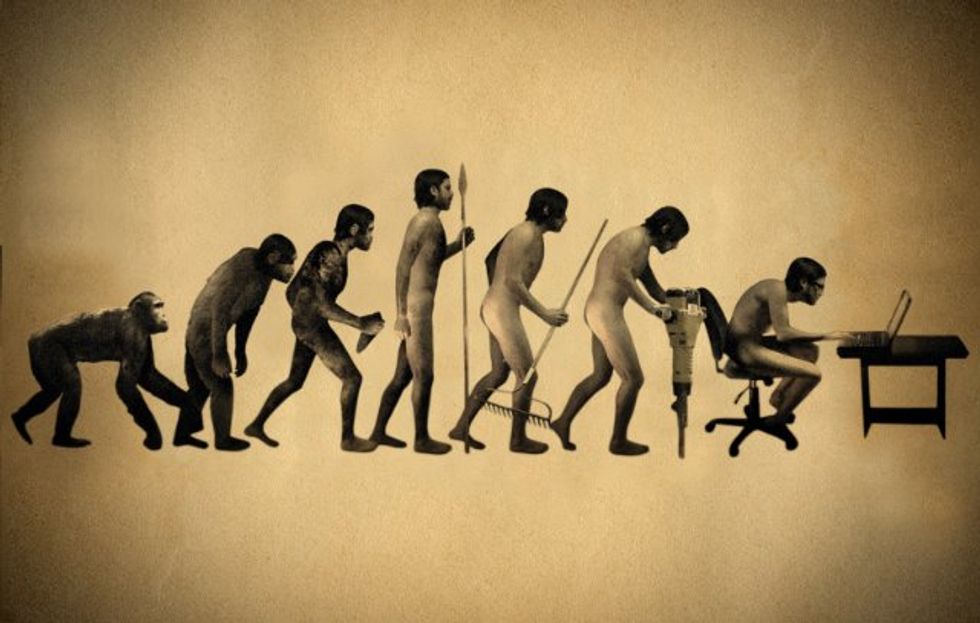 1. Connected
Where: Embarcadero Center Cinema, 1 Embarcadero Ctr., 415-352-0835
When: All Week
Why: Have you ever faked a bathroom break to check your e-mail? Slept with your laptop? Or become so overwhelmed that you just unplugged from it all? In her feature-length debut, Webby Awards founder Tiffany Shlain invites viewers on an exhilarating journey to discover what it means to be connected in the 21st century. Here, Shlain’s complicated relationship with technology serves as the springboard for a thoughtful exploration of modern life and our digital future.

2. Mary Lou
Where:Castro Theatre, 429 Castro St., 415-621-6120
When: Sept. 17-21
Why: Eytan Fox (The Bubble) invigorates the modern fable of a rising drag queen with buoyant music, plenty of sequins and a moving story based on the songs of Israeli pop sensation Svika Pick. Originally released in the director's native Israel as a four-part television series, the award-winning Mary Lou – making its U.S. debut this weekend at the Castro – explodes with high-energy choreography and soaring drama, a feast for the eyes, ears and intellect.

3.Detective Dee and the Mystery of the Phantom Flame
Where: Embarcadero Center Cinema, 1 Embarcadero Ctr., 415-352-0835
When: All Week
Why:A bizarre murder mystery brings together the soon-to-be-Empress Wu Zetian (Carina Lau, of 2046) and a once-exiled detective (Andy Lau) at the infamous Imperial Palace. Hoping he will solve the crime before her coronation, Wu implores him to rescue her dynasty. Director Hark Tsui (Seven Swords) teams with acclaimed stunt director Sammo Huang in this epic thriller inspired by the true story of one of the Tang Dynasty’s most beloved officials.﻿

4. Sholem Aleichem: Laughing in the Darkness
Where:Balboa Theatre, 3630 Balboa St., 415-221-8184
When: All Week
Why: Darknesspresents a illuminating portrait of the Ukrainian author and playwright whose writings helped transform Yiddish into a literary language and, in the process, introduced the world to beloved characters including Tevye from Fiddler on the Roof. Here, director Joseph Dorman (TV's Ten Days That Unexpectedly Changed America) combines excerpts from Aleichem’s work with interviews, archival photographs and documentary footage to chronicle the dramatic evolution of Yiddish culture.

5. The Tree of Life
Where: Lumiere Theatre, 1572 California St., 415-885-3201
When: All Week
Why: Winner of the Palme d'Or at this year's Cannes Film Festival, Terrence Malick's latest traces the spiritual journey of a disillusioned son (played as a restless adult by Sean Penn) struggling to reconcile a troubled relationship with his father (Brad Pitt). In trying to arrive at some deeper understanding of the existential, the director's visual poetry is striking, his narrative as insightful (at times) as it is frustratingly oblique.

6. The Guard
Where: Embarcadero Center Cinema, 1 Embarcadero Ctr., 415-352-0835
When: All Week
Why:Rarely a leading man, Brendan Gleeson (28 Days Later) brilliantly dominates the stage in John Michael McDonagh’s invigorating feature debut, playing Sergeant Gerry Boyle, a glib Irish garda (Gaelic for “guard”) whose devil-may-care approach to police work, in a normally sleepy corner of the Emerald Isle, includes on-the-job pints, bedroom romps with imported hookers and the occasional tab of acid. The result: one of the year's funniest and most spirited offerings.

7. Senna
Where: Lumiere Theatre, 1572 California St., 415-885-3201
When: All Week
Why: Brazilian Formula One racer Ayrton Senna's remarkable story – charting his achievements on and off the track and the mythical status he has attained – is the subject of Asif Kapadia’s Senna, a Sundance winner that spans its subject’s years as an F1 driver, from his opening season in 1984 to his death a decade later. More than a film for F1 fanatics, the documentary recounts a remarkable story in boldly unconventional fashion, eschewing standard documentary technique for a more cinematic approach that makes dramatic use of previously unreleased F1 footage.