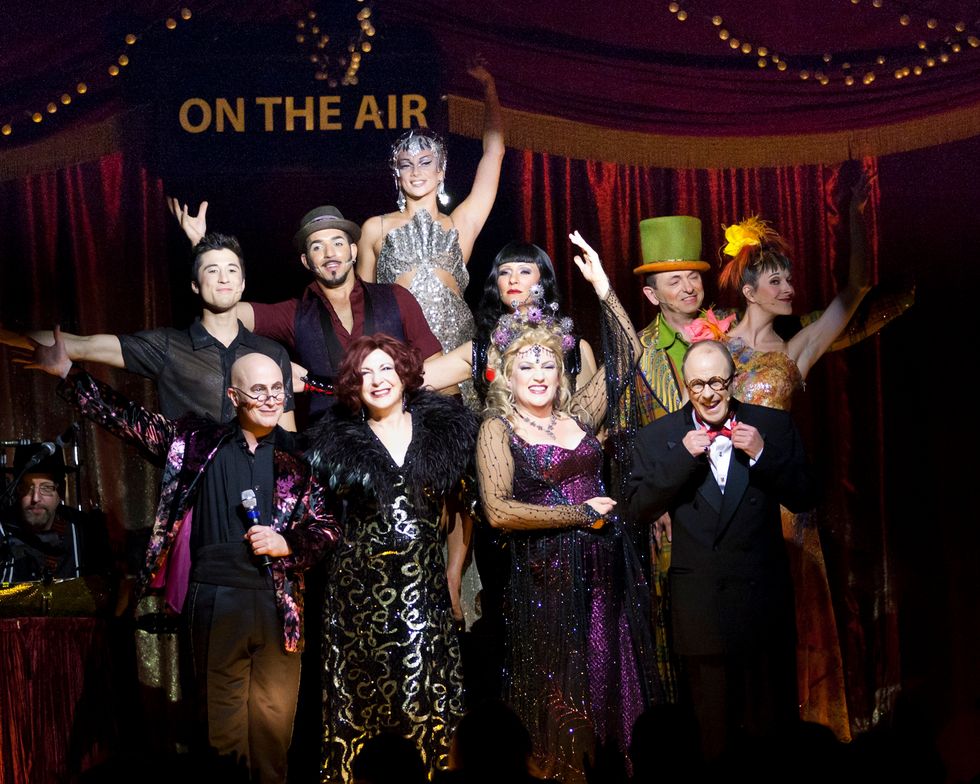 Teatro Zinzanni’s German circus tent has been an integral part of Pier 39 for the last eleven years. In honor of On the Air - after which the show’s fate is still unknown - we spoke with Kristin Clayton, the opera diva who’s been with Teatro Zinzanni since the beginning.

Tell me about your experience with Teatro Zinzanni.

I was trained as an opera singer in San Francisco and grew up around opera artists. It’s been such a pleasure to be connected to a different world - acrobats, pop singers, contortionists. As an opera singer, the audience is way over there and we’re way over here. We break down that wall at Zinzanni and I love that.

Who are some of the most interesting guest stars you’ve shared the stage with?

I did a run with Joan Baez. We performed together at the time of 9/11. It was just amazing to share the stage with her and see how she responded to that on a personal level. Liliane Montevecchi used to perform at Moulin Rouge in Paris. Now she’s in her 70s and still kicking her leg up to the ceiling. She was another amazing performer to work with - she brought so much experience and depth of performance to the tent.

Voronin, one of the magicians, went through this period where he was a little obsessed with fire. There was a trapeze act where one of the guys would levitate and his chest would ignite. Voronin would very nonchalantly put out the flames. It worked really well for about three and a half weeks until he changed his shirt without telling anyone. The shirt had tiny pleats that acted as a funnel for the flammable liquid and Voronin couldn’t put out the fire. A stagehand had to come out with a wool blanket. It was really intense. I had to keep singing like I wasn’t panicking and close the scene like everything was totally normal.

What are some of your favorite acts over the years?

One of the acts running now is a contortionist suspended in the air on a hula hoop. It’s like a dance in the sky. It’s one of the most elegant acts I’ve seen because of the way she moves. All the aerial acts blow me away - they have such amazing strength.

Tell me about the final performance at Pier 39.

On The Air is set up as a radio show. Duffy Bishop is an incredible performer and sings Janis Joplin with her husband guitar player Chris Carlson - they rock the house like you wouldn’t believe. Geoff Hoyle is a famous local actor and stars alongside tap dancing clowns and contortionists and hula hoop artists.

It's bittersweet and extremely special to us, because we know it will be the last one at this location. We feel like we’ve created our own art form in there.