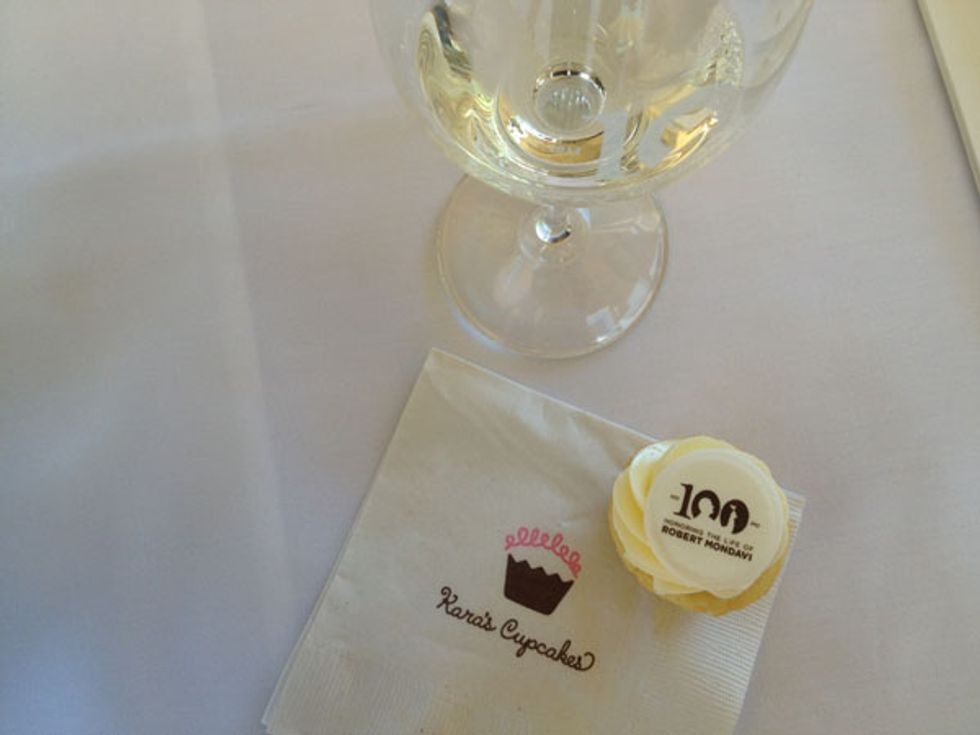 Robert Mondavi is no longer alive. But if he were, he would be turning 100 years old today. To commemorate his would-be centennial birthday, Margrit is dedicating a block of the famous To Kalon vineyard to her late-husband and throwing a huge bash tonight at the winery. If you’re invitation got lost in the mail; don’t worry. You can still partake of some of Bob’s birthday cake.

Intended to either imitate or pair with (it isn’t clear) Mondavi’s Fumé Blanc — the fruity white wine made with Sauvignon Blanc grapes has been known for since the ‘60s — Kara’s Cupcakes is baking up vanilla and lemon curd cupcakes with a special Fumé Blanc frosting. (Yes, there is actually wine in the frosting and yes, you can actually taste it.)

The “Cent’anni” cupcakes, as they are called, will be available at all nine of Kara’s Cupcakes on June 18. If you were looking for an excuse to revisit the iconic wine  today would be the day. (Even though the winery was sold by the Mondavi’s to Constellation in 2004, Genevieve Janssens, who has been there since the ‘70s is still making the wine.)