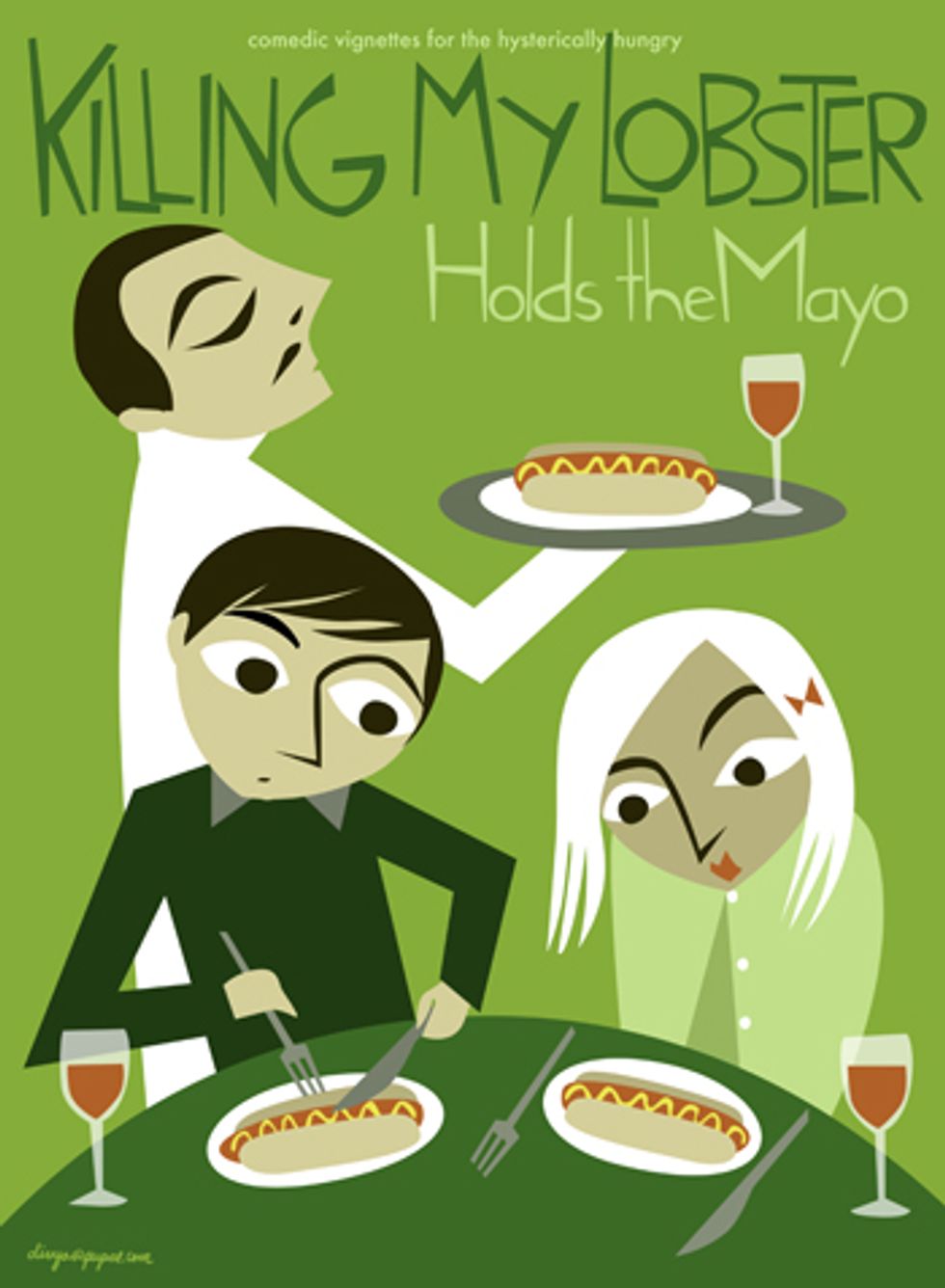 From foie gras to cheeseburgers, Killing My Lobster tenderly roasts San Francisco legends like Chinatown cooks, the Tamale Lady, and the ever-raging hipster coffee battle: Blue Bottle versus Ritual. Not to mention the burritos. San Franciscans get very heated about which taqueria rolls the best burrito.

Calling us out on our (well-deserved and entirely warranted) devotion to food, Killing My Lobster will make you hungry - and not just for lobster with garlic butter this time.

Through October 3. Zeum Theater, 221 Fourth Street. Tickets are $10-20 at killingmylobster.com/tix/mayo.