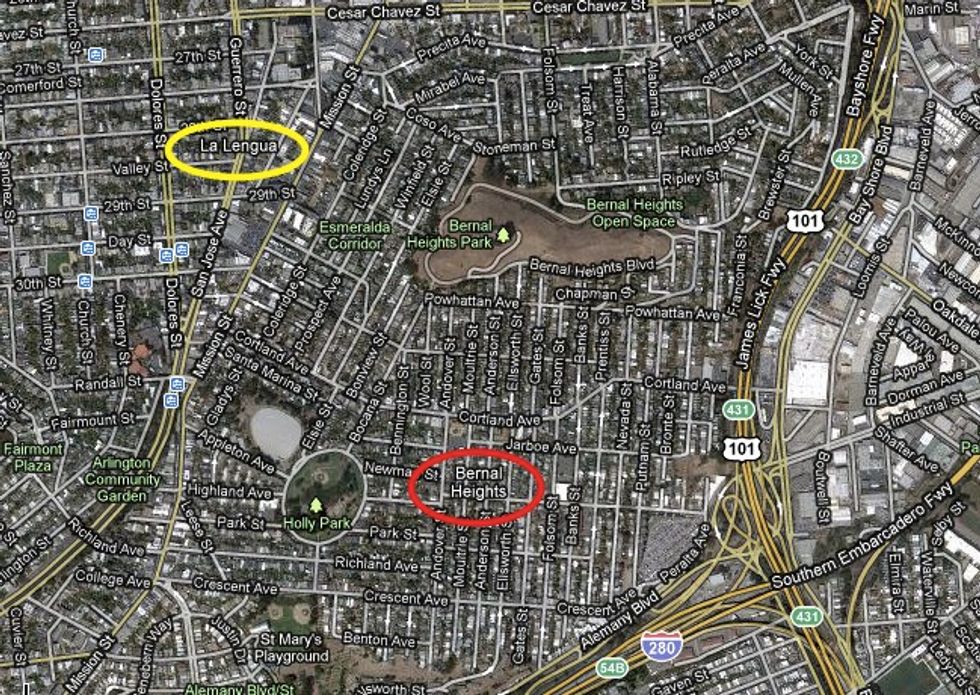 La Lengua Gets Legit, Thanks to Burrito Justice, Google, And Now CBS 5 News

I've been throwing around the word "La Lengua" to describe my neighborhood for several months now—ever since I read it on local blog Burrito Justice—and I never fail to get quizzical looks. Never heard of it? Well, it's a new 'hood classification that you'll be hearing a lot more about in the not-so-distant future. La Lengua is characterized as the flat section of the Mission between 24th and 30th Streets, stretching from Mission Street to Guerrero. Most people think of it as Bernal Heights, or, even more bafflingly, the "Outer Mission."

About a month ago, Google Earth picked it up (as shown above), announcing via satellite that La Lengua had arrived. Now, CBS 5 has joined the party. Check out this mildly hilarious video in which reporter Mike Sugerman calls Taqueria Cancun "Taqueria Can Can," and later apologizes. It all just further legitimizes my neighborhood's singular identity.

What do you guys think?