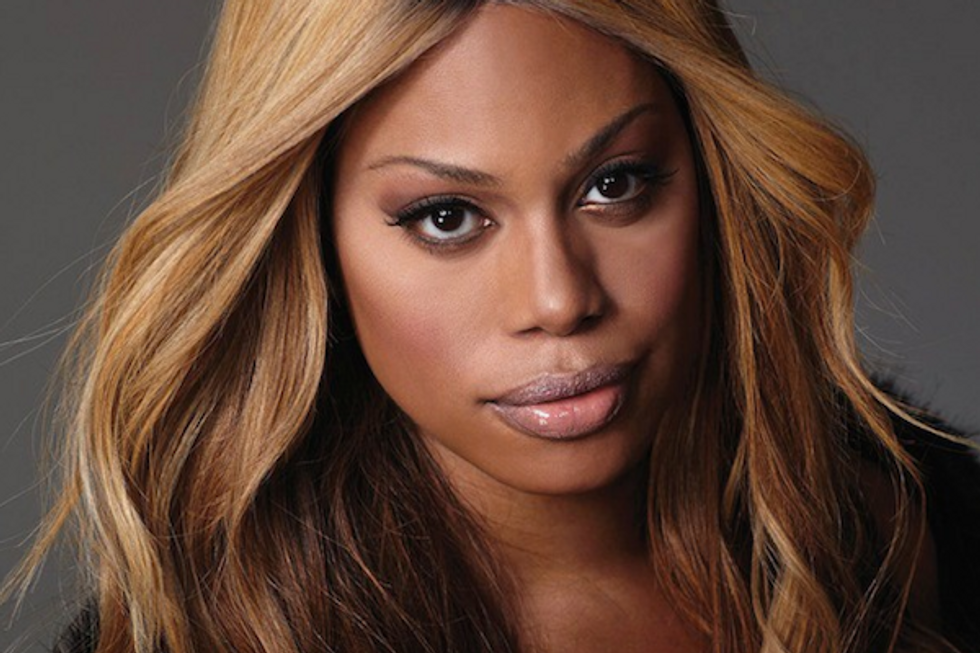 Laverne Cox is many things: A trailblazer for transgender equality. An Emmy-nominated star in everyone's favorite lesbian jailbird TV show. A must-follow blogger. And at long last, a wax figure, to be unveiled this week at Madame Tussauds on Fisherman Wharf.

Cox gave us all chills (the good kind) when she appeared as a (sexy) force to be reckoned with on the cover of Time magazine, a first for a transgender woman. She also joined the recent #CallMeCaitlyn rally cry but, in true Laverne Cox fashion, took the moment to remind us that trans issues extend well beyond a couple of magazine covers. Most trans people, she commented, don't have the privileges she and Caitlyn have. She writes on her Tumblr:

It is those trans folks we must continue to lift up, get them access to healthcare, jobs, housing, safe streets, safe schools and homes for our young people. We must lift up the stories of those most at risk, statistically trans people of color who are poor and working class.

So, just in time for Pride, San Francisco is paying Cox the high honor of being cast in wax at Madame Tussauds in Fisherman's Wharf. The woman herself will appear live and in the flesh for the unveiling and press conference on Friday morning. We will report back next week with pics.

In the meantime, we're keeping our eyes peeled for a Laverne appearance at Pride this weekend. #PrettyPlease