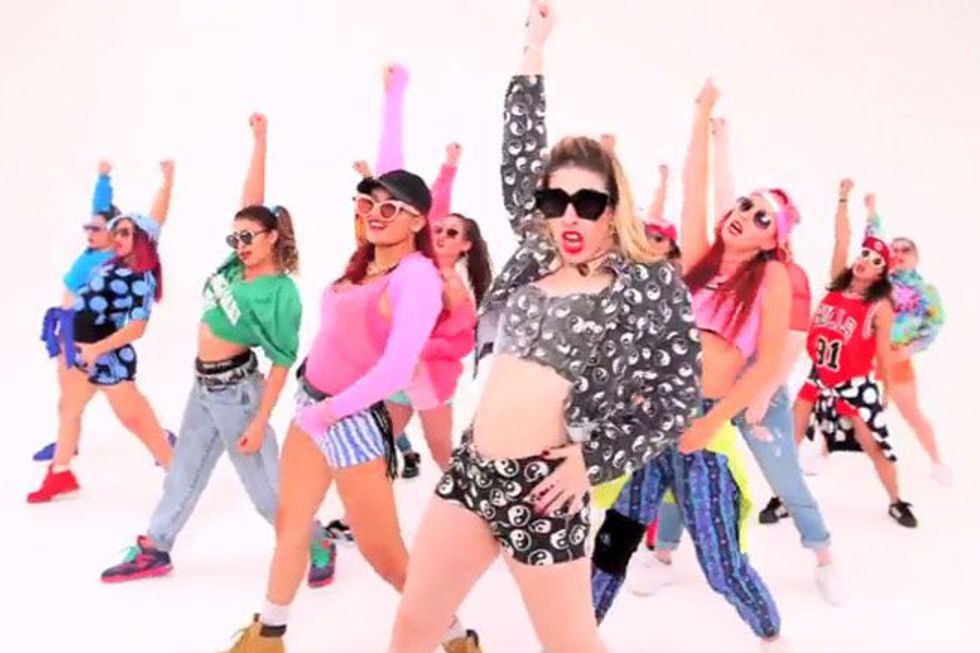 In case you haven't heard, it's socially acceptable to like Justin Bieber again. I know, I was skeptical too, until the popstar popped up on my Spotify one random afternoon, and I was hooked to his new single, "Sorry."

Never one to do anything half-heartedly, I immediately took my new found guilty pleasure to the next level by signing up to partake in the ultimate form of public embarrassment: a Justin Bieber dance class at Uforia Studios.

If you haven't seen the music video for "Sorry" yet, then you need to stop what you're doing and watch it. Without a single shot of the Biebs himself, the entire video features a crew of all-female dancers dressed in bright outfits and doing the kind of moves most of us haven't been able to accomplish since middle school.

Luckily, the class itself was pretty non-intimidating. While there were a few girls who had obviously twerked before, most were on my I-used-to-dance-once-upon-a-time level. The instructor, a spunky girl in pigtails and Nikes, seamlessly led us through the first couple minutes of the dance, with modified motions for those dance moves that should only be attempted by professionals.

PSA: If you are against semi-public twerking, you should not take this class. But if you're all about flaunting those curves, then this is the most fun you'll have in a long time. By the end of the 1.5-hour class, everyone was fairly sweaty, but also looked pretty damn sexy.

Best of all: There's another class on Monday, January 18th. Channel your inner belieber.

— All the moves you ever learned from Beyonce.

— Most girls were dressed in normal workout gear, but feel free to funk it up with fun accessories.

— A water bottle. A refill station and cold towels are complimentary.