Live Review: The xx Get Intimate at the Fox 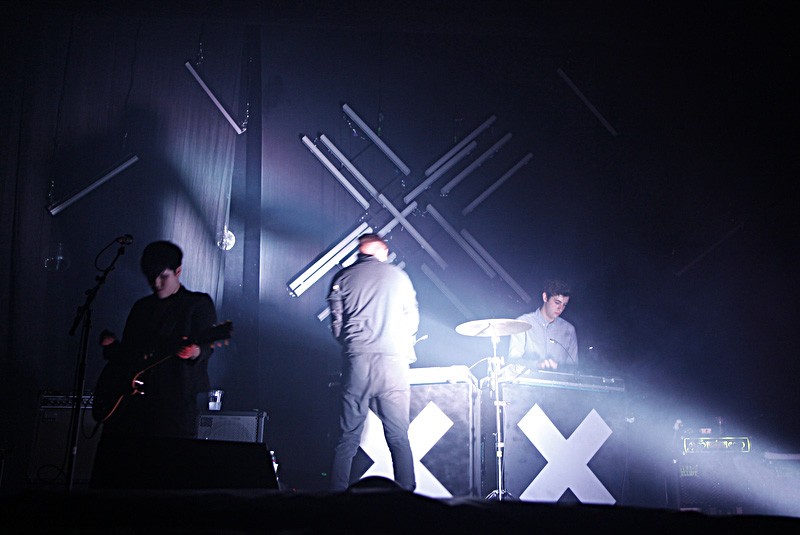 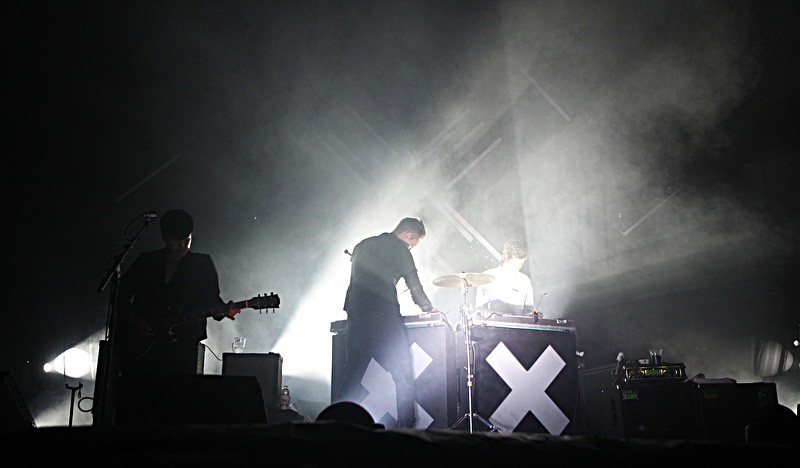 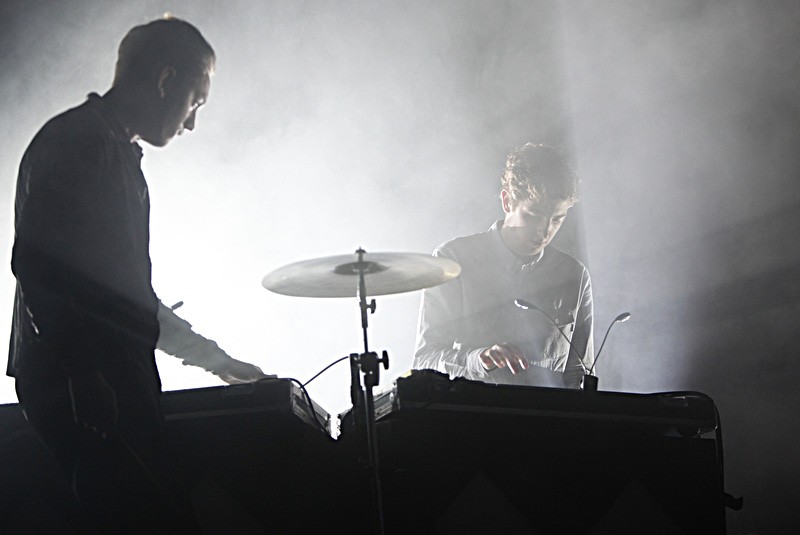 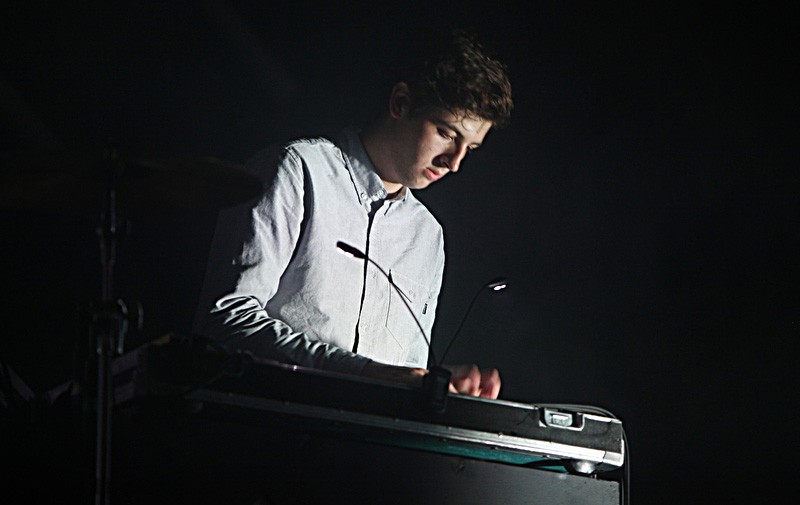 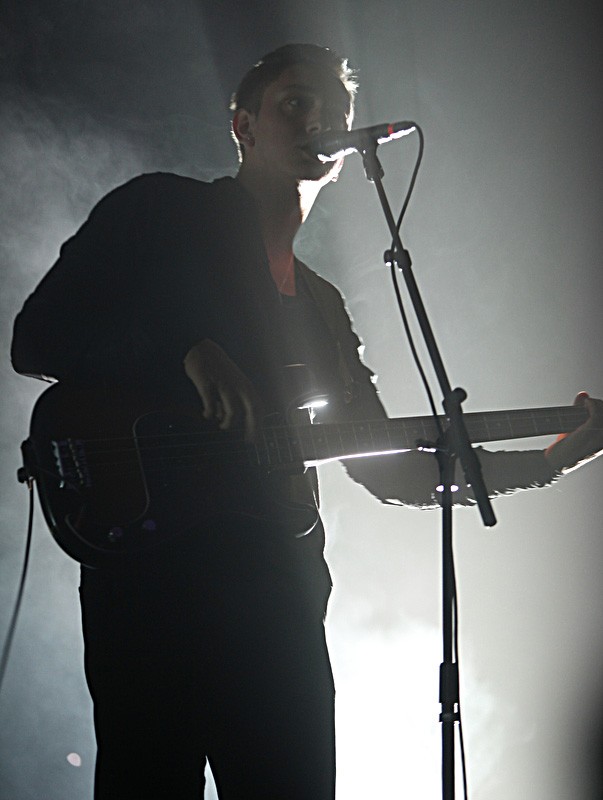 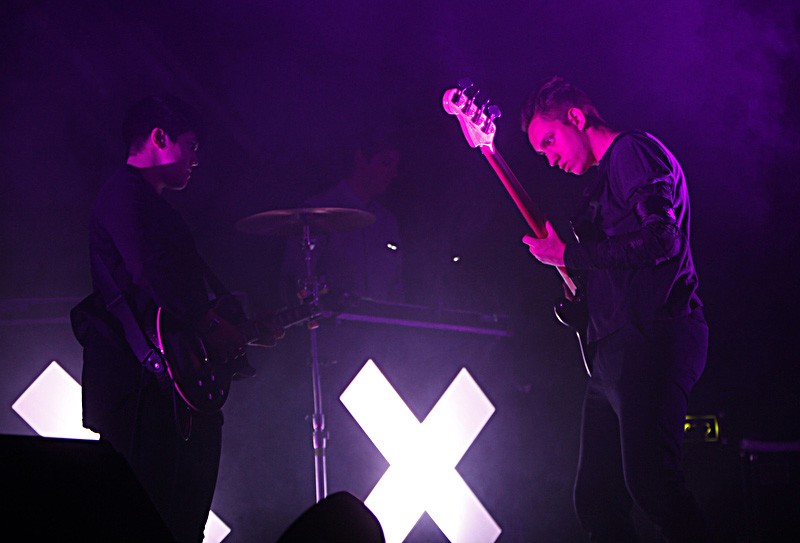 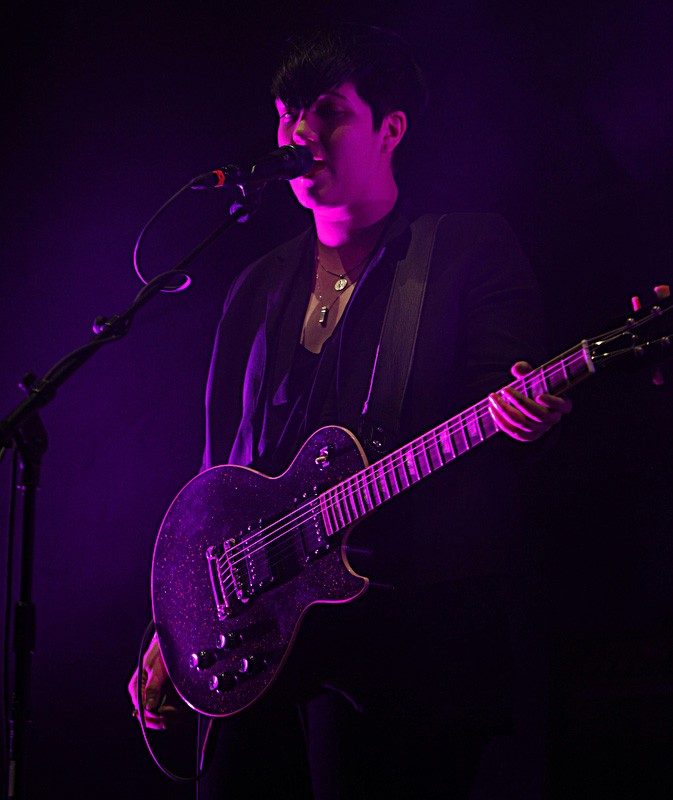 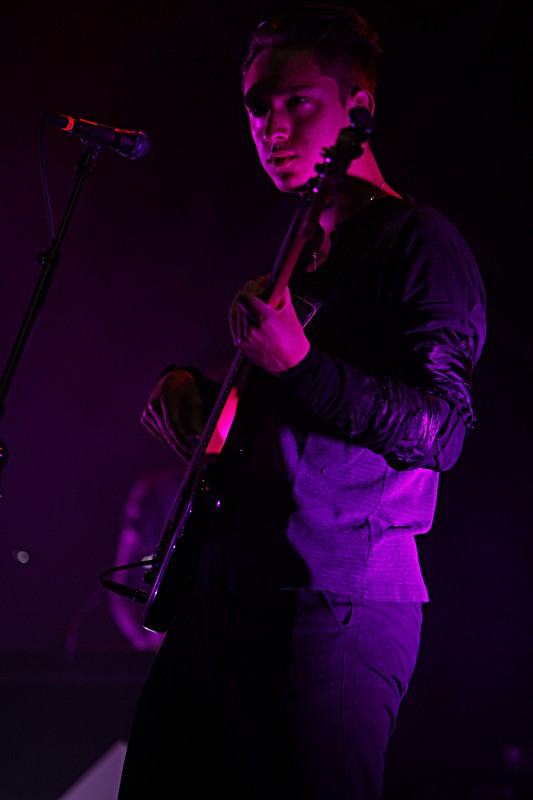 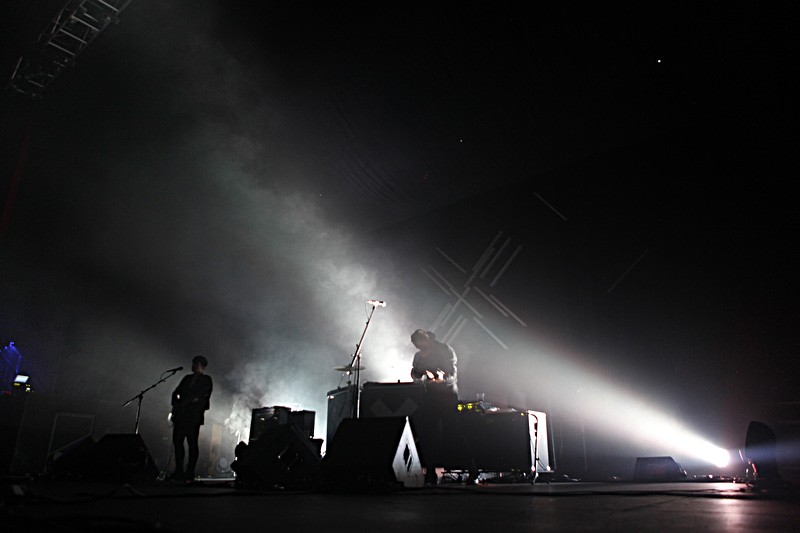 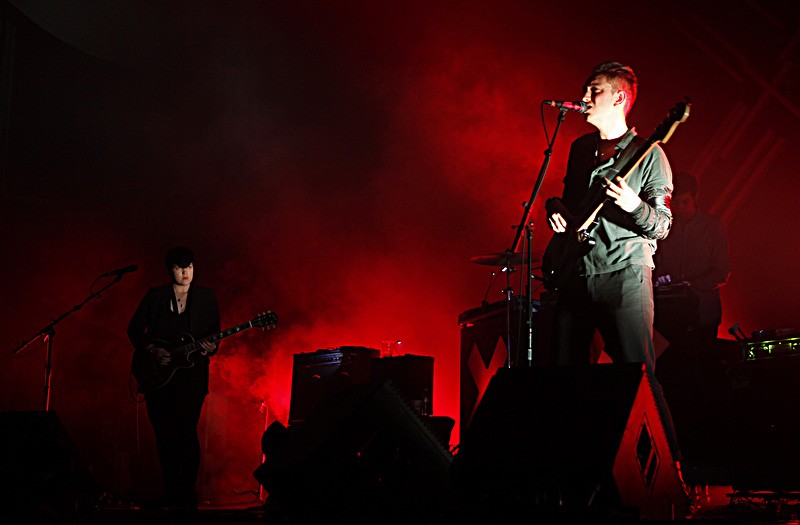 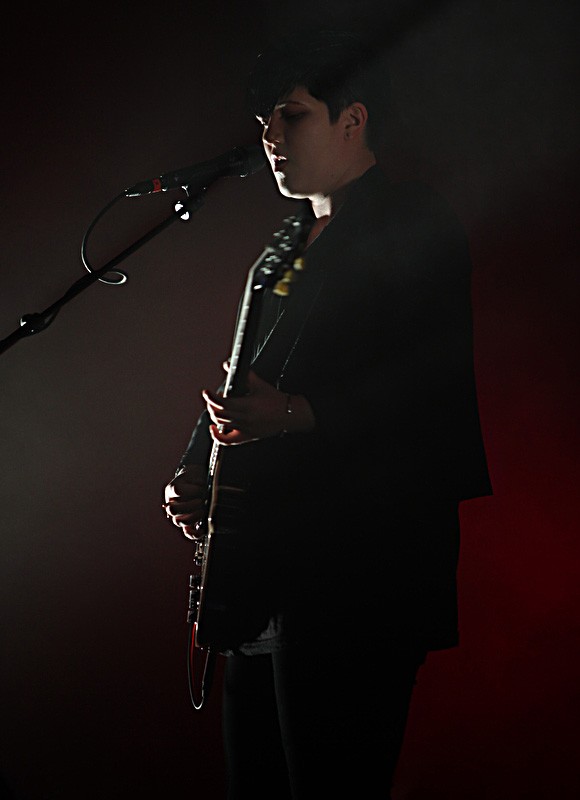 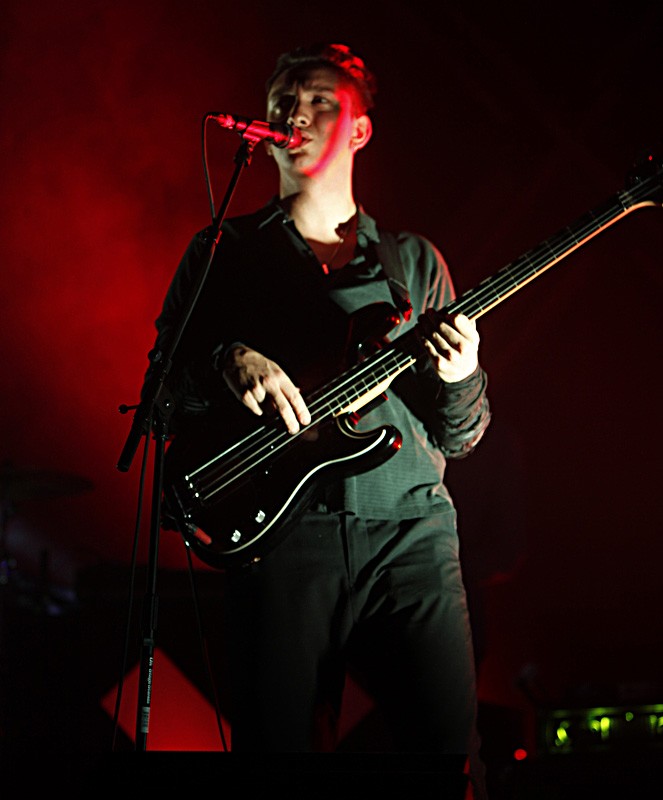 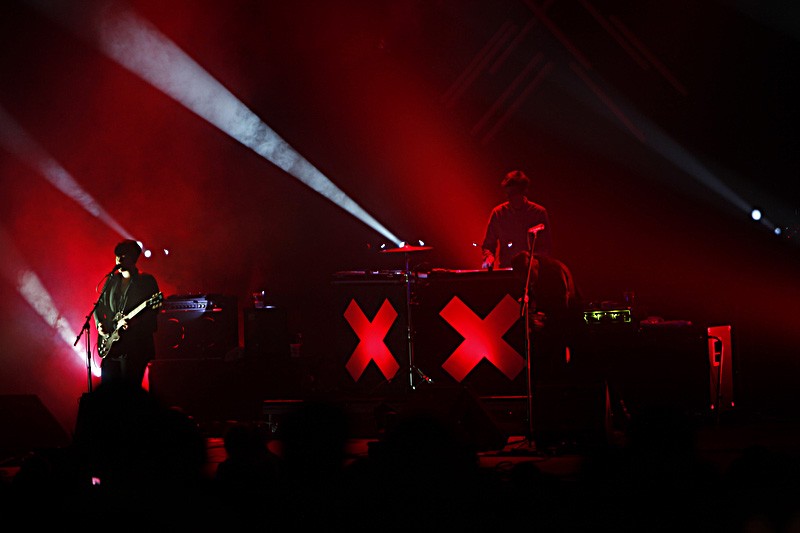 The xx’s lead vocalists Oliver Sim and Romy Madley Croft kept straight, earnest expressions as they breathily spilled their most intimate secrets to the sold-out crowd at the Fox last night. It was as if sharing those secrets was still hard despite the fact that their debut album, xx, has probably been heard by half the world by now.

Even as the volume of the drunken audience appeared to mount with every passing minute, the music still managed to retain its eavesdropping allure. Which was a relief. I was concerned before the show that the sparseness of the instrumentals and whisper-like vocals I had been listening to through a pair of headphones would be completely overwhelmed by the size of the venue and crowd at the Fox. But even though screams drowned out the first bare notes of their opener (which also happens to be the first song on the xx album), the band’s live sound was surprisingly hefty.

But The xx knows by now, after a few years on the road and a Mercury Award under their belts, that playing at a large venue requires more than just proving they can duplicate a solid studio sound live. Crowds these days want something bigger – something that makes it worth their while to spend money and leave the living-room.

Enter special effects: whatever large sum The xx must have thrown down for their light show, the investment was a good one. Although heavy-handed at times (for instance, the crowd was slowly lit up by bright, white lights as Madley-Croft, shy and sultry, sang the chorus to “Shelter”: Maybe I had said/Something that was wrong/Can I make it better/With the lights turned on. And during “Stars,” the band had a backdrop of twinkling lights), what the band was lacking in arena-rock stage presence was made up for by the accompaniment of pretty lights and jaw-shatteringly loud bass beats.

Those beats were provided by “drummer” Jamie Smith, who hardly moved an inch throughout the set from his dias at center stage. Smith quickly melted into the background despite his central role as the band’s beats master. Madley Croft also kept a low-profile, stationing herself behind her mic and guitar, nodding gently and only taking occasional, short-lived strolls around stage.

Hunched over his bass with feet planted securely on stage, Sim was easily the most active musician on stage, deeply swaying to the beat with his bass, weight shifting from one foot to another. A few songs in, Sim, all long limbs and blowout hairdo, dropped his bass, stood on an amp at front and center stage, and looked at his audience like he wanted to swallow us while singing the slow, bitter-sweet lyrics of “Fantasy.”

Sim is also the most vocal of the band, and offered a few sparse bits of banter that often included many “thank you”’s and a few references to Fantastic Mr. Fox. “I remember playing here only about three months ago,” he said midway through the set. “To be here playing our own show now is incredible.”

The xx has reason to be experiencing some amount of shock. The English band’s fame continues to rise at a lightening-like pace, their album continuously seducing new listeners every day. The trio, originally a quartet (they parted ways with their keyboardist in 2009) met in their London high school and formed in 2005. Last night their entire set ran about an hour, including encore, and probably couldn’t have gone much longer because, with only one full-length album out so the band doesn’t have a lengthy repertoire to pull from. But the songs they do have are nearly all hits, evidenced last night by the crowd’s shrieks of approval at the first few notes of almost every one they played.