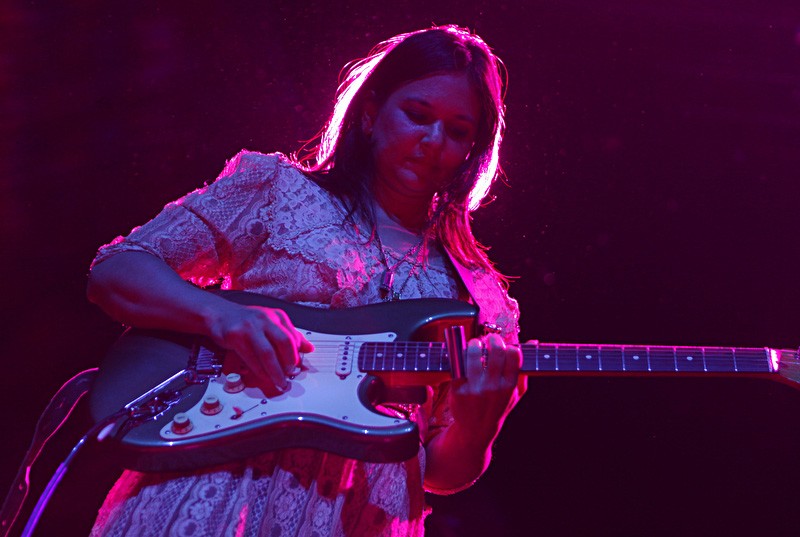 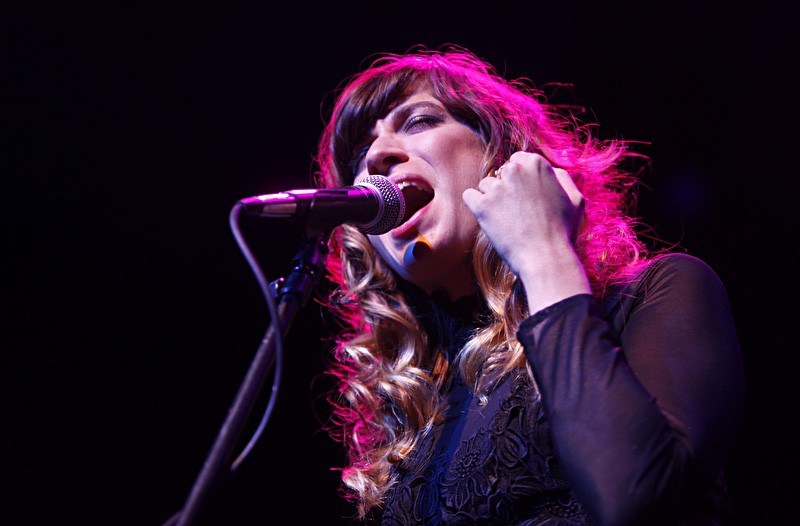 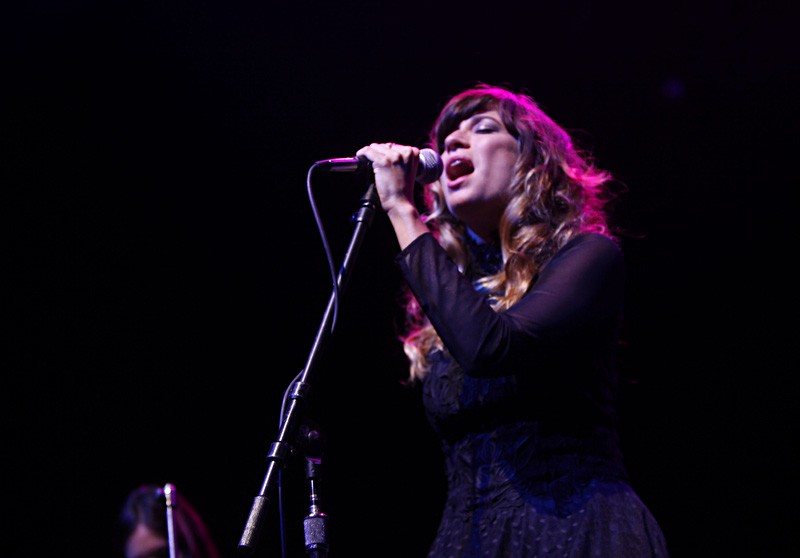 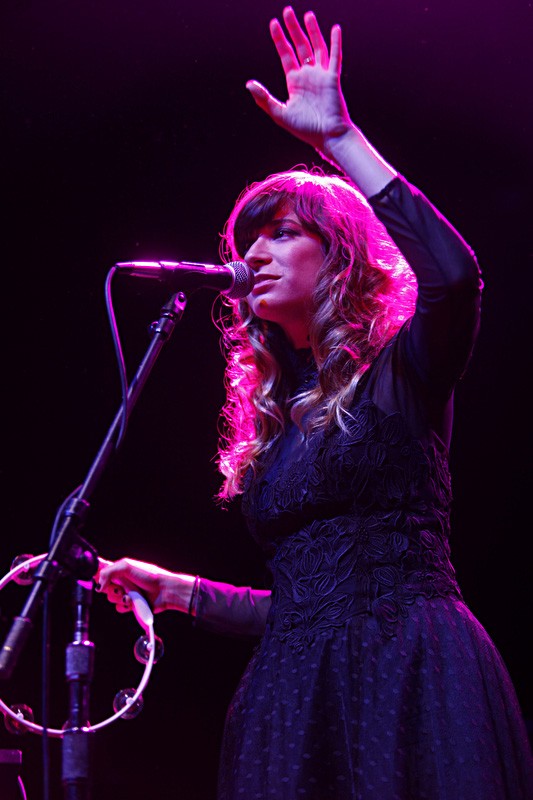 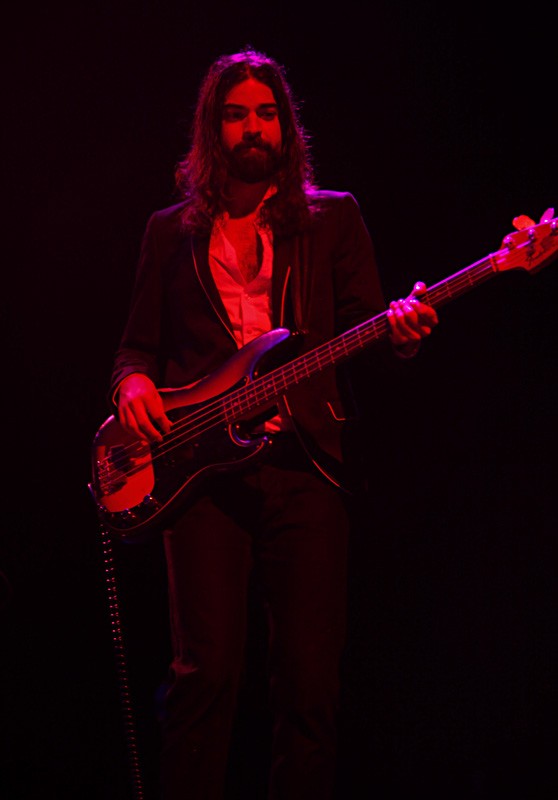 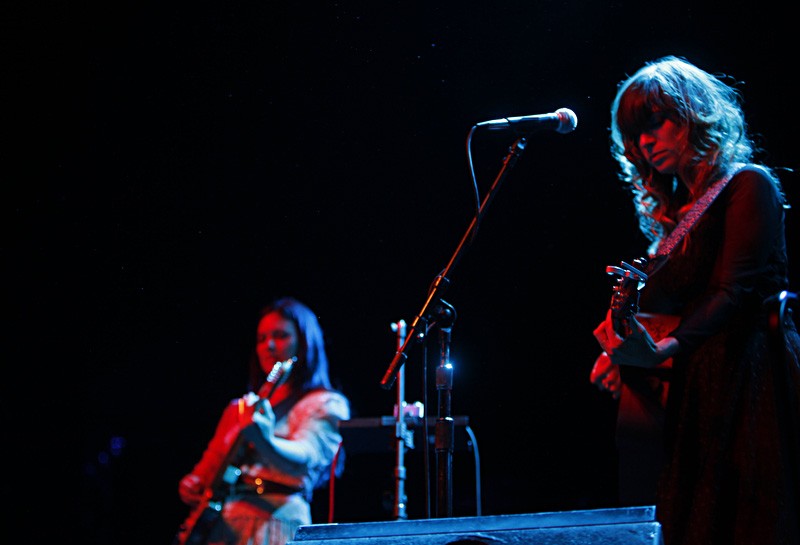 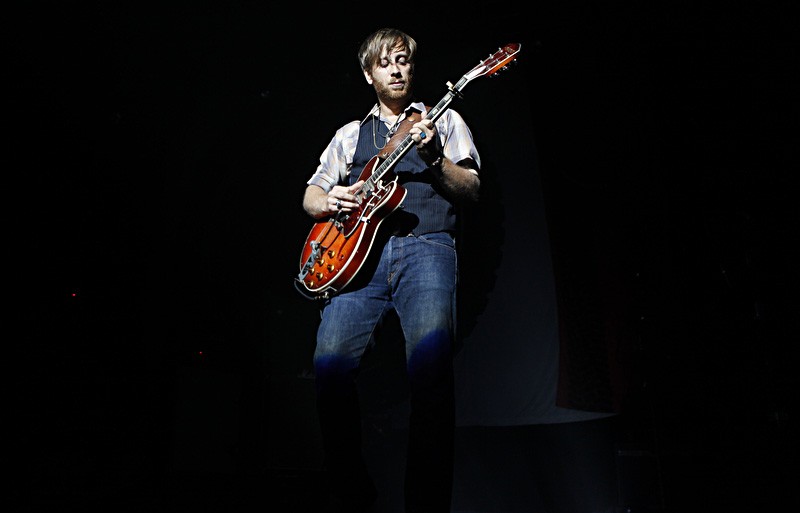 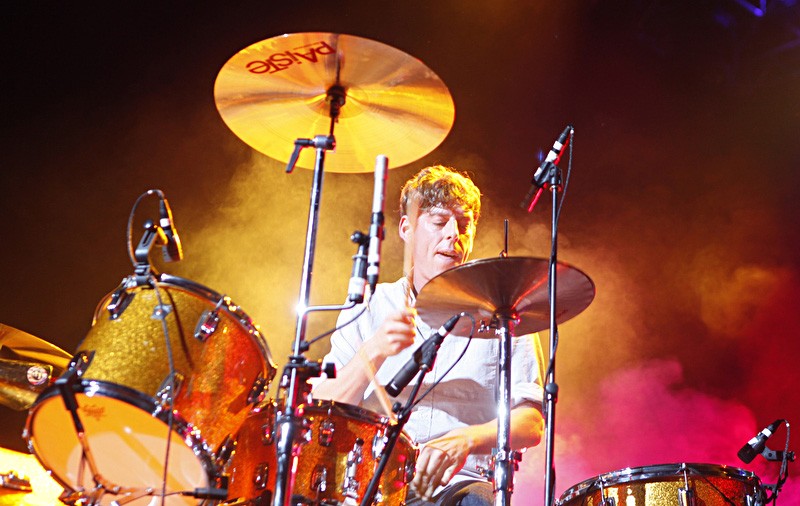 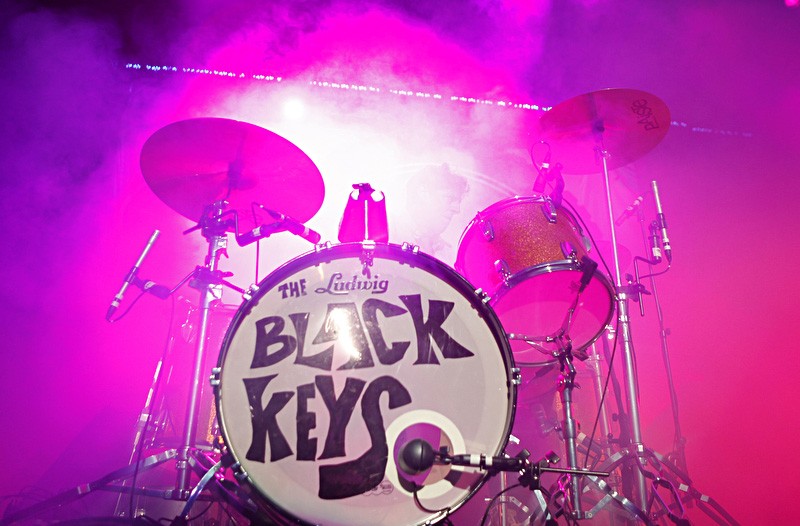 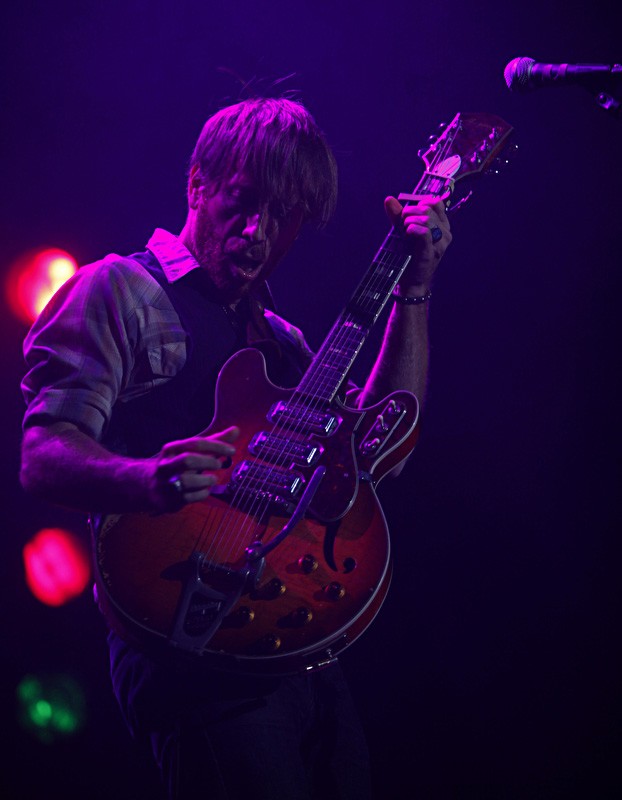 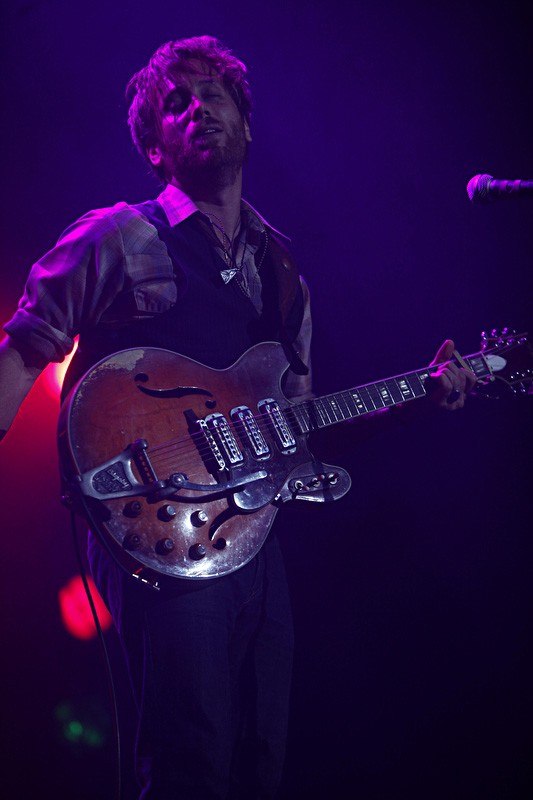 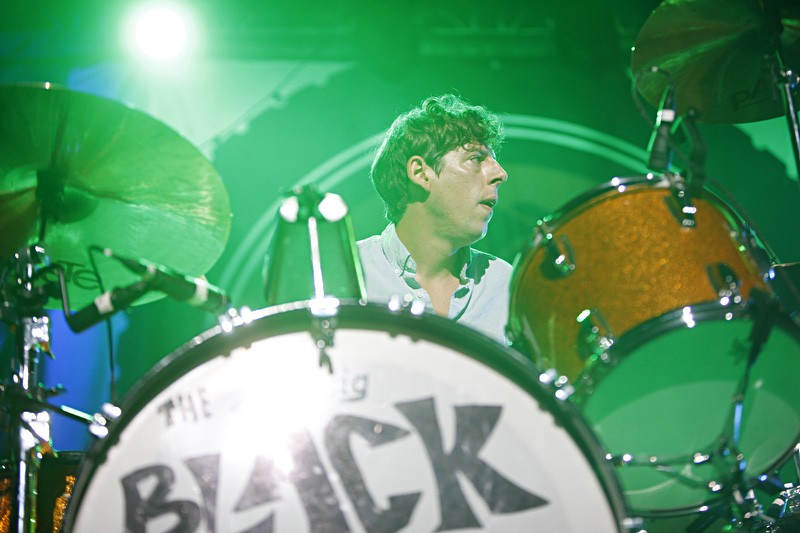 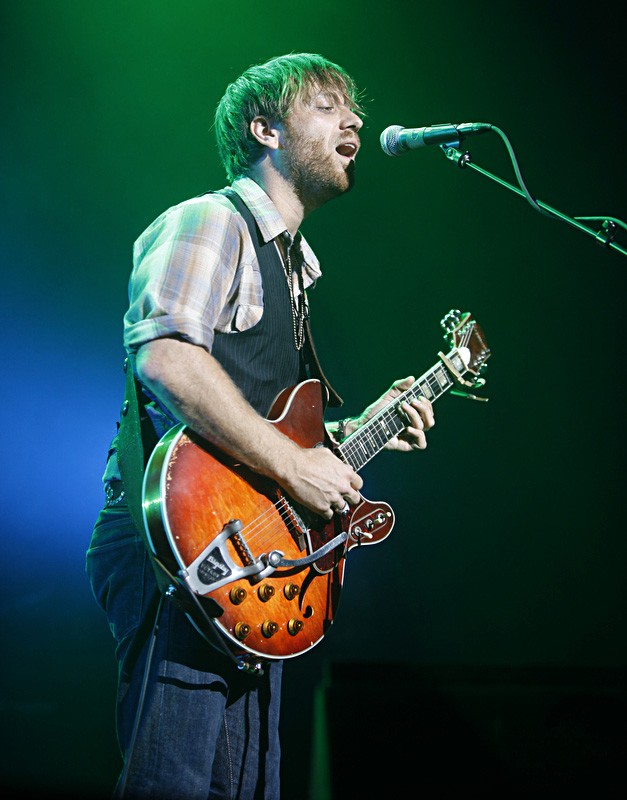 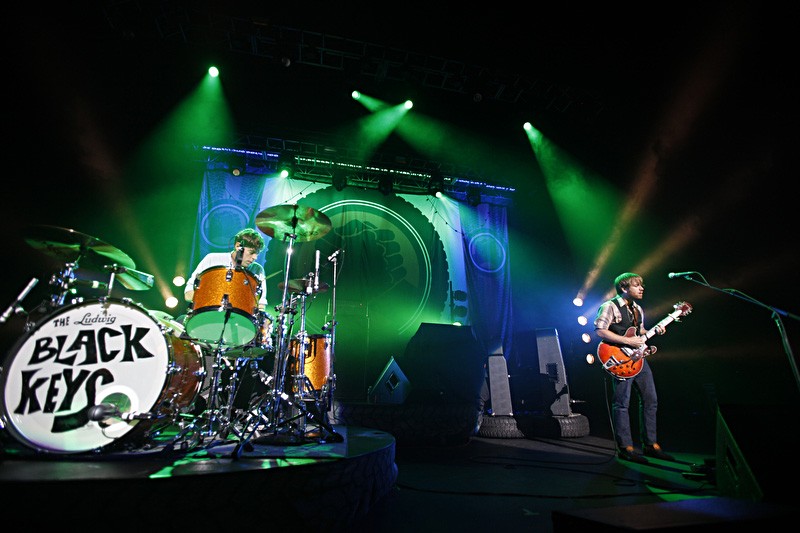 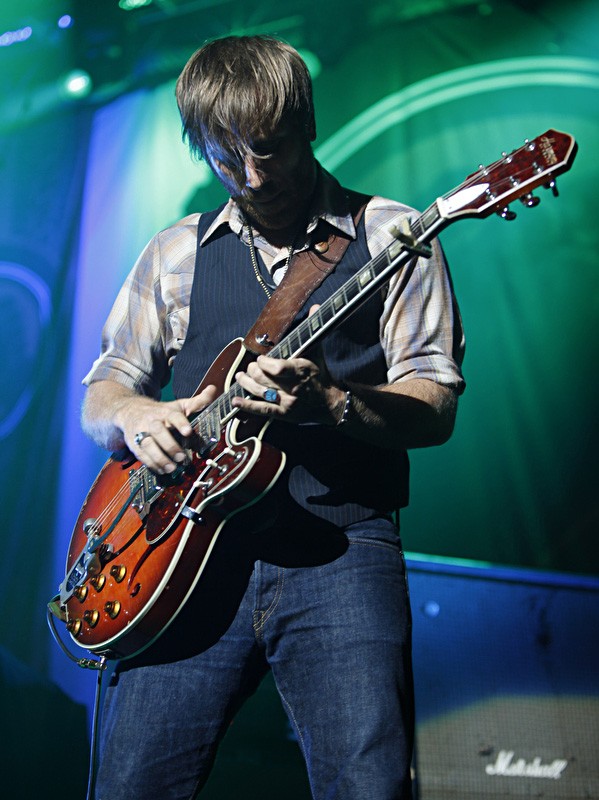 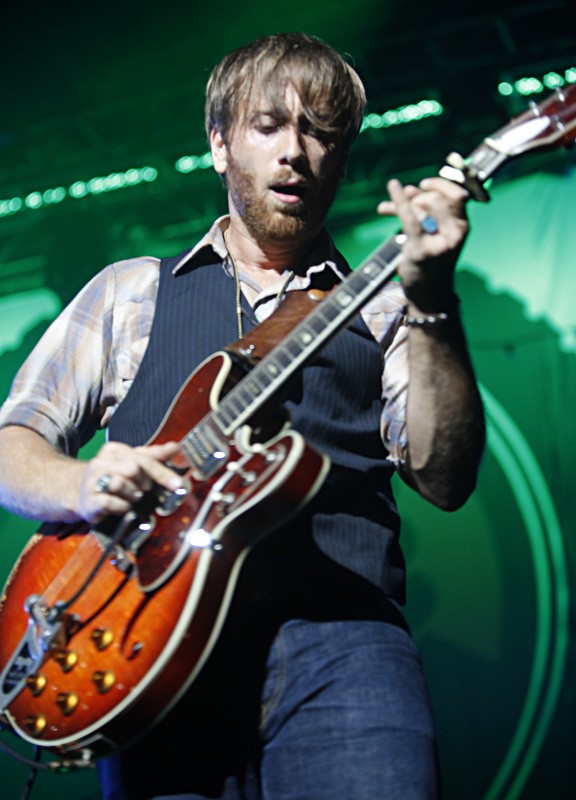 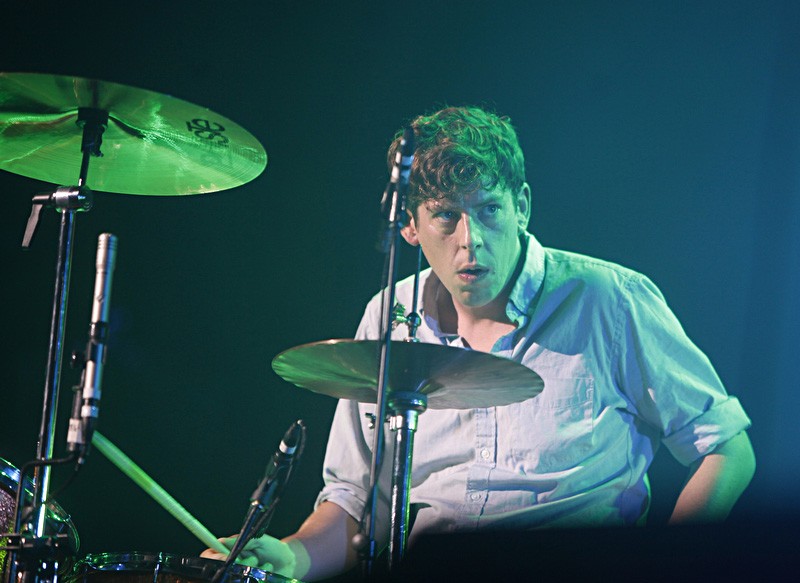 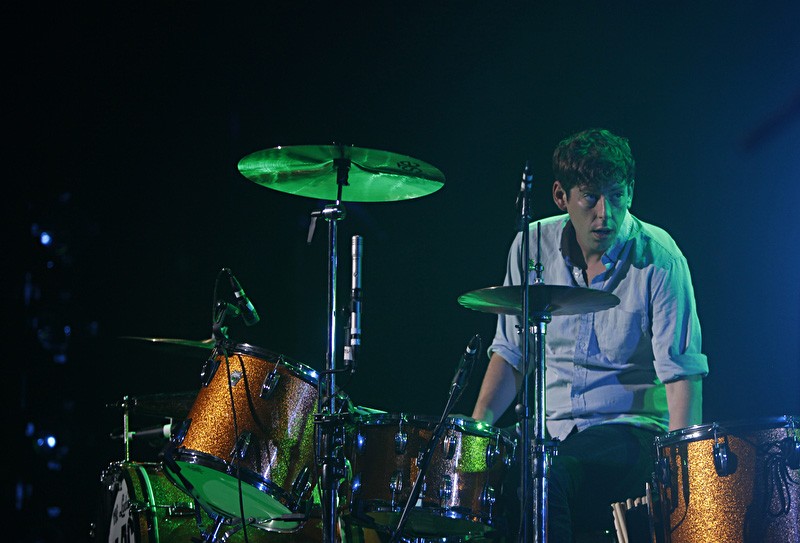 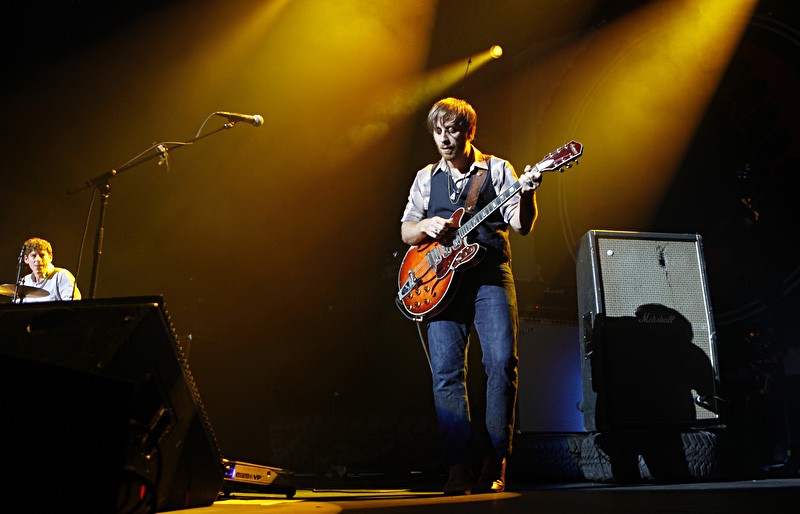 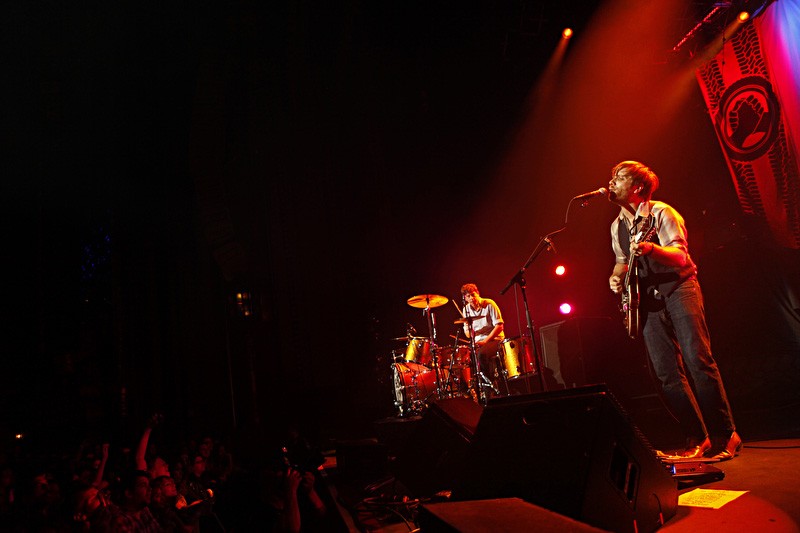 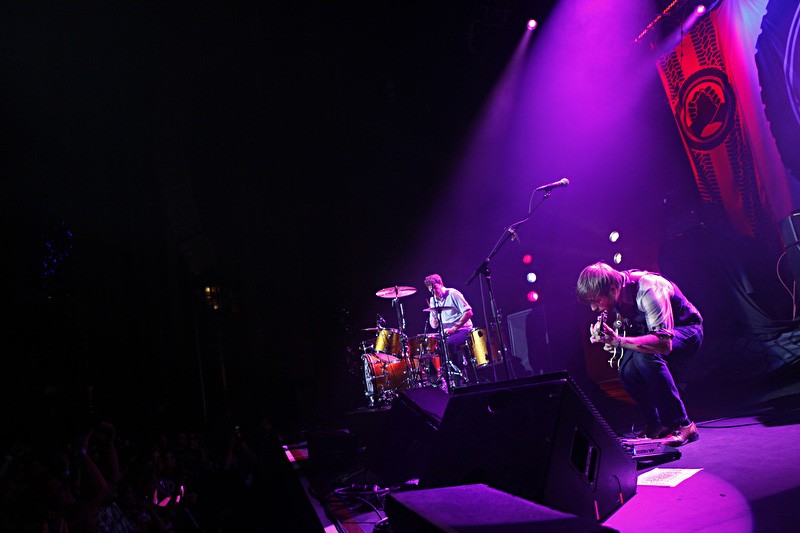 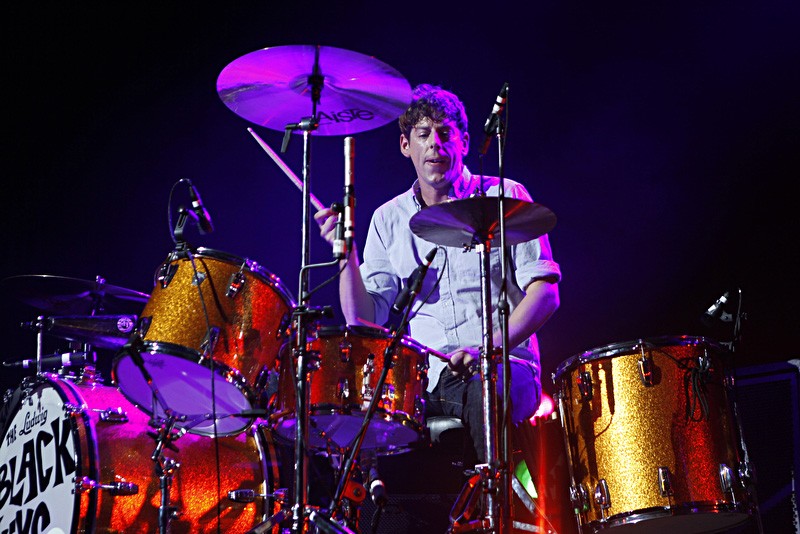 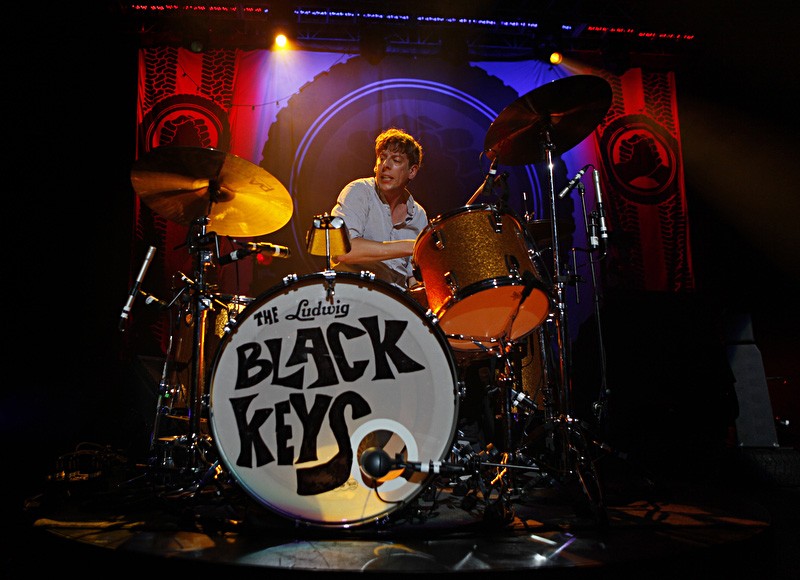 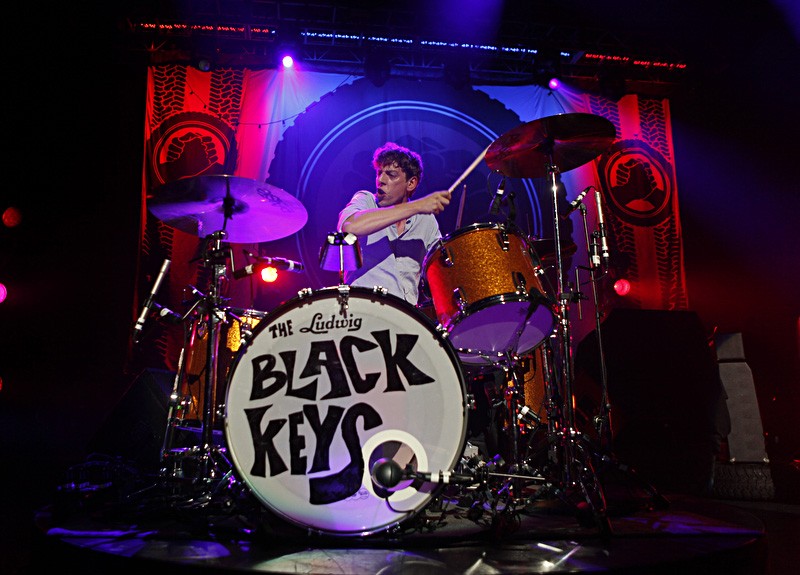 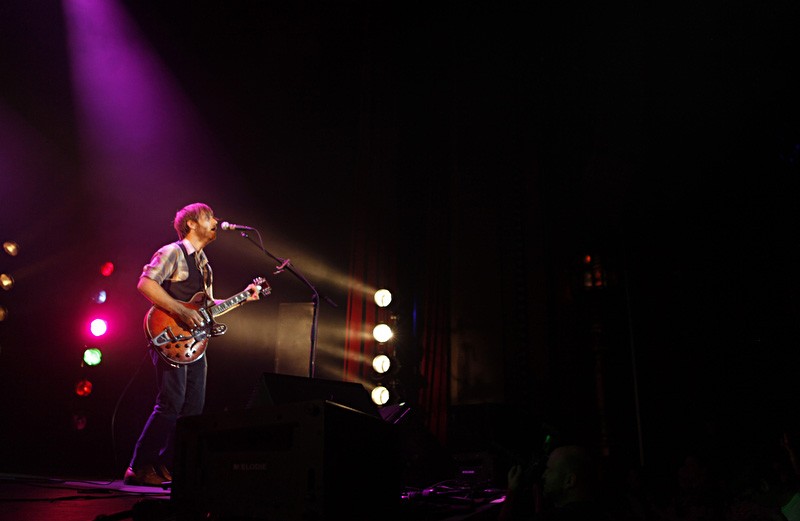 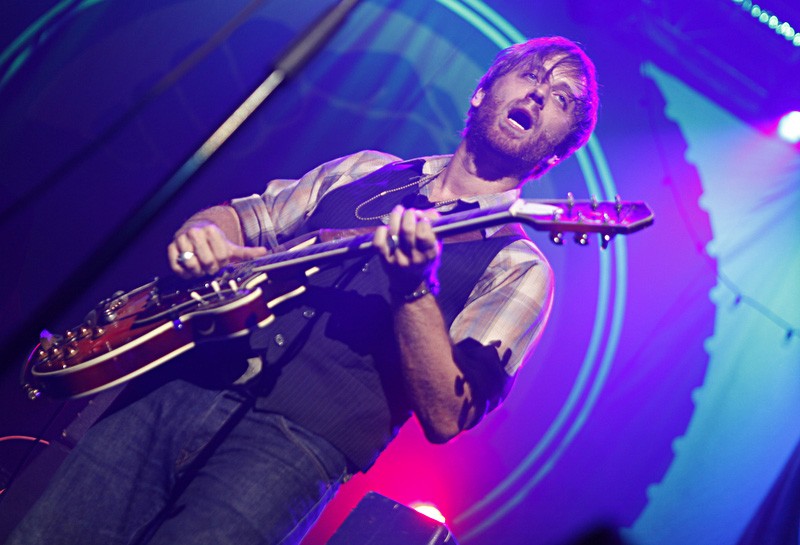 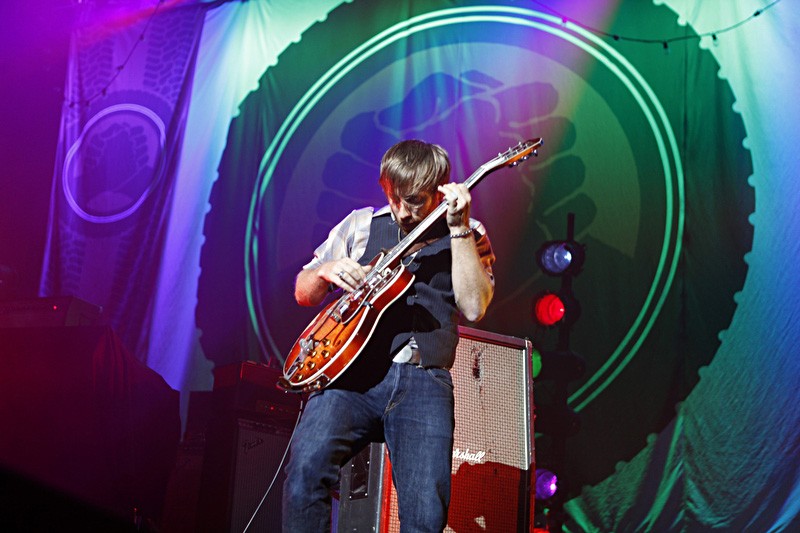 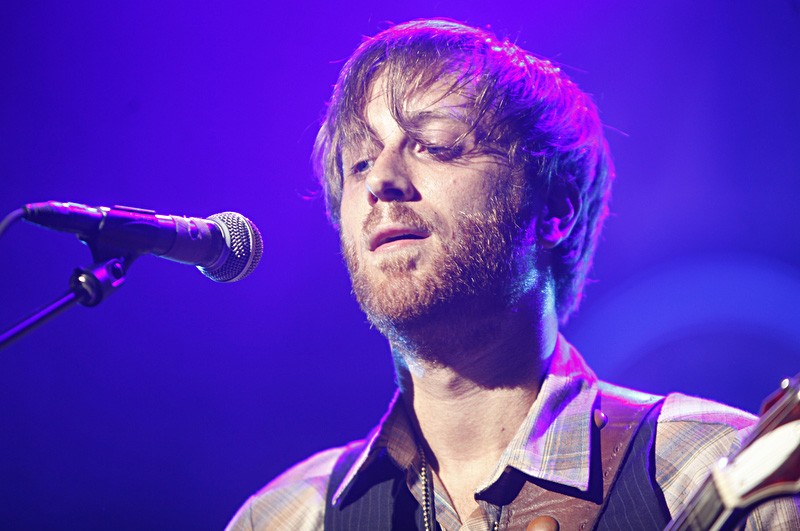 There’s something to be said about a 2-man band that can squeeze themselves into nearly every movie and TV show known to man (Black Snake Moan, Gossip Girl, Dexter, Hung, Victoria’s Secret, American Express, and Sony Ericsson commercials, Eastbound and Down, Zombieland, Entourage, Grand Theft Auto IV, Big Love, One Tree Hill, I really could keep going), and yet still manage to keep relatively under the super mainstream radar.

Easily becoming the new American rock standard, The Black Keys, consisting of Dan Auerbach (vocals/guitar) and Patrick Carney (drums/production), know how to arrange a song like some of their most influential predecessors. Their grimy classic rock sound seamlessly blends with the subtle intelligence of their lyrics drawing fans from all walks of life. Present at The Fox last night were anyone from grandma and grandpa reliving their disenfranchised youth, to hardcore metal fans, groupies, and young 20-somethings living out their own Skynyrd-era fantasies, and everyone in between. Auerbach and Carney slammed out over half their set as a duo, only bringing on keys and bass to punch it up a bit for their newer releases off Brothers. Multiple backdrop changes, including homemade Christmas lights outlined in Black Keys fashion, a giant protruding disco ball, and sharpie-d on Black Keys logo onto Carney’s kit kept the visuals interesting, but the energy didn’t subside for even a second. Powerful drums carried with slamming guitar riffs and penetrating vocals, nearly blowing everyone’s minds for over an hour and a half.

All there was to ponder at the end of the night was just one question: how is it humanly possible that 2 men can make that much well-placed noise?

Photos: TV on the Radio and Thee Oh Sees @ The Fox Theater