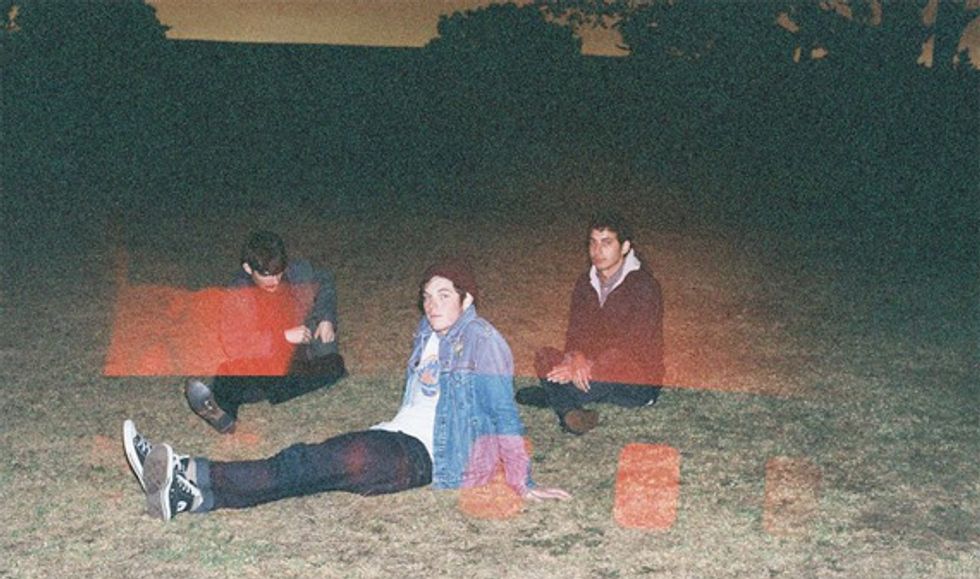 Local Band Name Breakdown: Where we ask Bay Area bands the story behind their names. Don't pretend you never wondered.

What inspired the name Melted Toys?
It was inspired by an image I found in the 6th issue of a mixed media publication called Nazi Knife. It was basically a collage with several cutout images from magazines and there was this pool of melted toys in a frame that stuck out. Contrary to what some people have written about our name, we didn't melt toys when we were younger.

Were you named anything before "Melted Toys"? Tell us some rejected names.
We would joke around when someone would suggest a name that we thought was terrible and then we'd forget about it.. but we never really gave it too much thought. Luckily it just came to us at the right time.

If you dig Melted Toys' throwback, new wave-inspired flavor, catch the band in action at Rickshaw Stop tomorrow, when they open for delightfully hazy SoCal surf trio Heavy Hawaiiand Pitchfork-approved  pop lovers DOM . Presale tickets are $10, but we have a pair of tickets to give to one lucky 7x7 winner. To enter to win, tell us your favorite local band name in the comments and we'll pick a winner on tomorrow by noon.