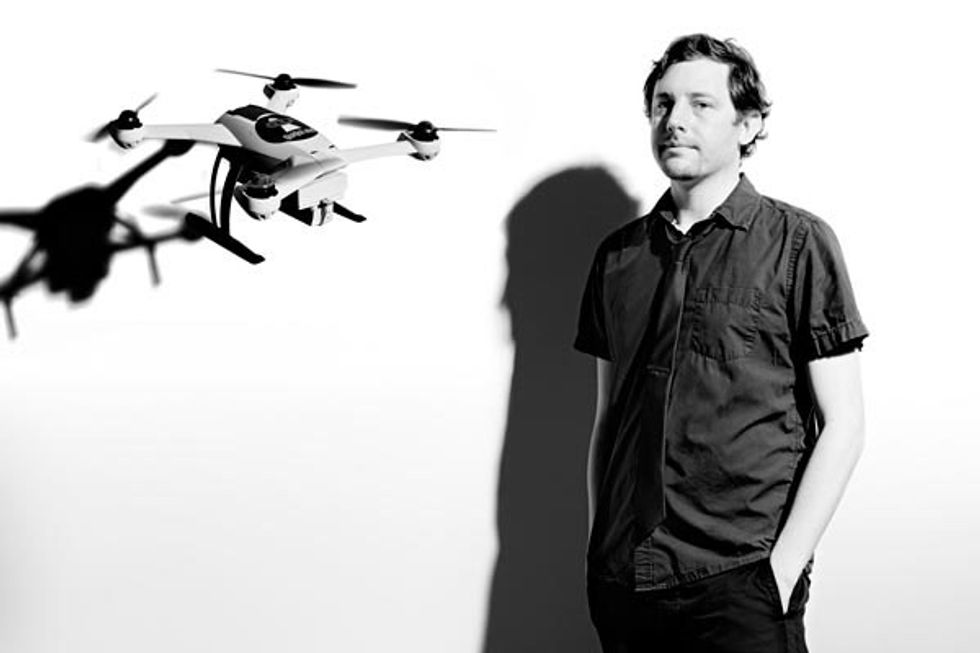 Eureka moments spring from the most mundane experiences. For ancient Greek scholar Archimedes, it occurred while he was soaking in a bath. For Joshua Ziering, founder of QuiQui, the San Francisco–based drone delivery service for pharmaceuticals, the revelation arrived while he was standing in his kitchen, seeking relief from a throbbing headache. “I grabbed a bottle of Advil and shook it,” he says. “You know how it makes that reassuring clickety-clack sound? This particular morning, it didn’t. I said to myself, ‘This is ridiculous. We should have drones delivering this stuff to us.’”

The timing of the lightning bolt coincided with a court case that everyone expected to confirm the illegality of flying domestic drones; instead, the judge ruled against the FAA’s ban, and since March 2014, Ziering, a serial entrepreneur with a marketing background, and his advisors—one of whom is an FAA-licensed mechanic for medical evacuation helicopters—have been working overtime to get QuiQui (pronounced “quickie”), um, off the ground. Starting next month, Quiqui will deliver small (6 ounces or less) nonprescription packages within the Mission. A Pepto-Bismol drop-off, for instance, is well worth the one-dollar delivery fee for a poor soul in the throes of bacon-wrapped-hot-dog-induced gastrointestinal distress.

Ziering’s concern about failure is tempered by his insight into the city’s current start-up fervor. “The mix of people, climate, and culture here makes it the best place in the world to have a crazy idea like drone delivery,” says the Mission resident, 28. “I don’t think that failure is tolerated anywhere else in the world as well as it is in SF. And while I don’t get up in the morning thinking that I’m going to fail, I know that if things don’t turn out the way I want them to, this town won’t hold it against me."