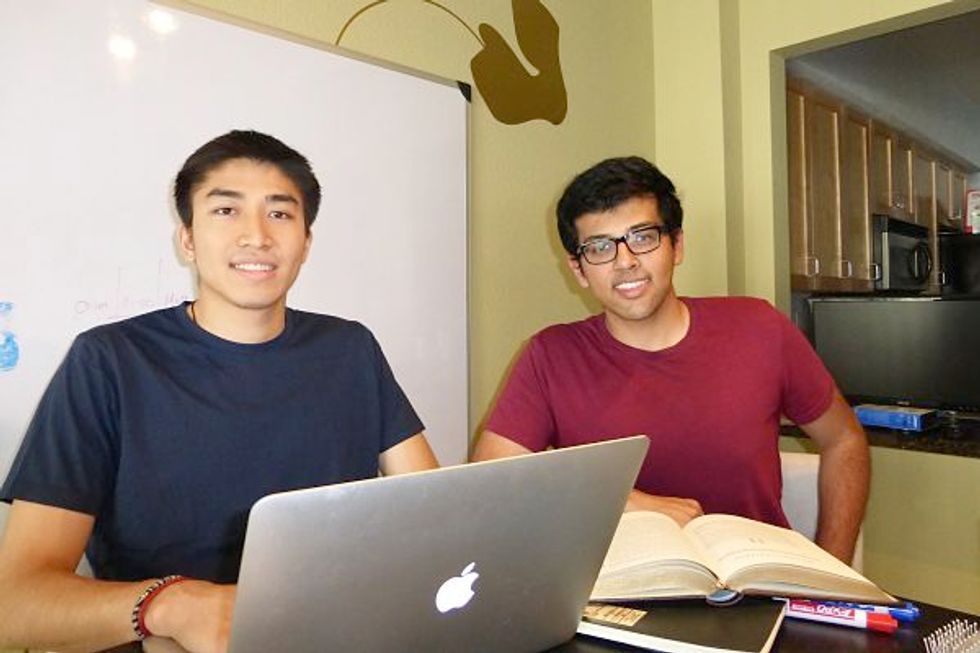 Matthew Hui and Kilim Choi, two 23-year-old UC Berkeley graduates, were inspired by the absurdities of the tech world to create an online dictionary—a combination of words that Hui and Choi came up with as well as user submitted content—that they dubbed fit for HTML unawares and C++ masters alike.

What started as a joke among friends while watching Silicon Valley spiraled into a widely-recognized website among local techies, and gained even more popularity after it was posted on Hacker News and Product Hunt.

Following the explosion in popularity, Choi stepped down from the project and was replaced by Zeeshan Javed, another friend of Hui and a Computer Science graduate from Berkeley.

We sat down with the young entrepreneurs to find out more:

7x7: Where did you get inspiration for the site?

Hui: We were watching Silicon Valley, which features a lot of made-up words that pertain only to the culture and types of businesses we have here. My friends and I thought it would be funny to compile some of the words, real and imagined, onto a website.

Javed: Matt mentioned it one day to me while we were having lunch. He and I always had a similar sense of humor stemming back to when we met as freshman in an intro Computer Science class. I instantly thought it would be a fun project.

7x7: What experience have you had in Silicon Valley?

H: I've interned with Facebook and worked for local startup, soldsie. Now, I'm working on starting my own business.

J: After graduating I was accepted in a program called UC Berkeley Venture Lab (an incubator of sorts) where I launched BrandPal. The Venture Lab was also where I started noticing the funny parallels between our lives and the many situations shown on Silicon Valley.

H: I remember having a discussion with my Uber driver about how he was working on starting his own company. Whether you're in a coffee shop or on BART, everyone is constantly talking about how they're creating their own app or developing a project.

J: One of my favorite anecdotes is when a engineer friend of mine recently left a startup and was being pursued by 9 or 10 other companies. They asked him out to dinner and sent him very intimate messages. He doesn't have many friends, so this was the most attention he's ever gotten in his life.

H: My favorite word is Waterloo, which is an engineering university in Canada. I'm from Toronto, so a lot of my friends go there. The punch line is that Waterloo graduates flock to Silicon Valley, because otherwise they have to work for Blackberry.

J: My favorites are Code Ninja ("A euphemism that is used by Bay Area recruiters who don't actually know what they want in a Software Engineer, just someone who can pretty much do everything and anything that's handed to them") and Engineer Unicorn ("An engineer that is competent, good looking, dresses well, and is not socially awkward").

7x7: What purpose does the site serve for the greater Bay Area? What are you trying to accomplish?

H: The site has been really popular not just among people in the tech world, but with a lot of people living in the Bay Area in general. I see the site as a way to learn new words in a humorous way. There are also a lot of words on there, like Buzzfeed ("A site of hyperbole that occasionally masquerades as a news source when it wants to feel relevant") that apply to a much wider audience.

J: As the world becomes more technical, we want people to take a step back and not take everything so seriously. SV can be a stressful place. Overall we just want to make something that people can relate to and share with their friends.