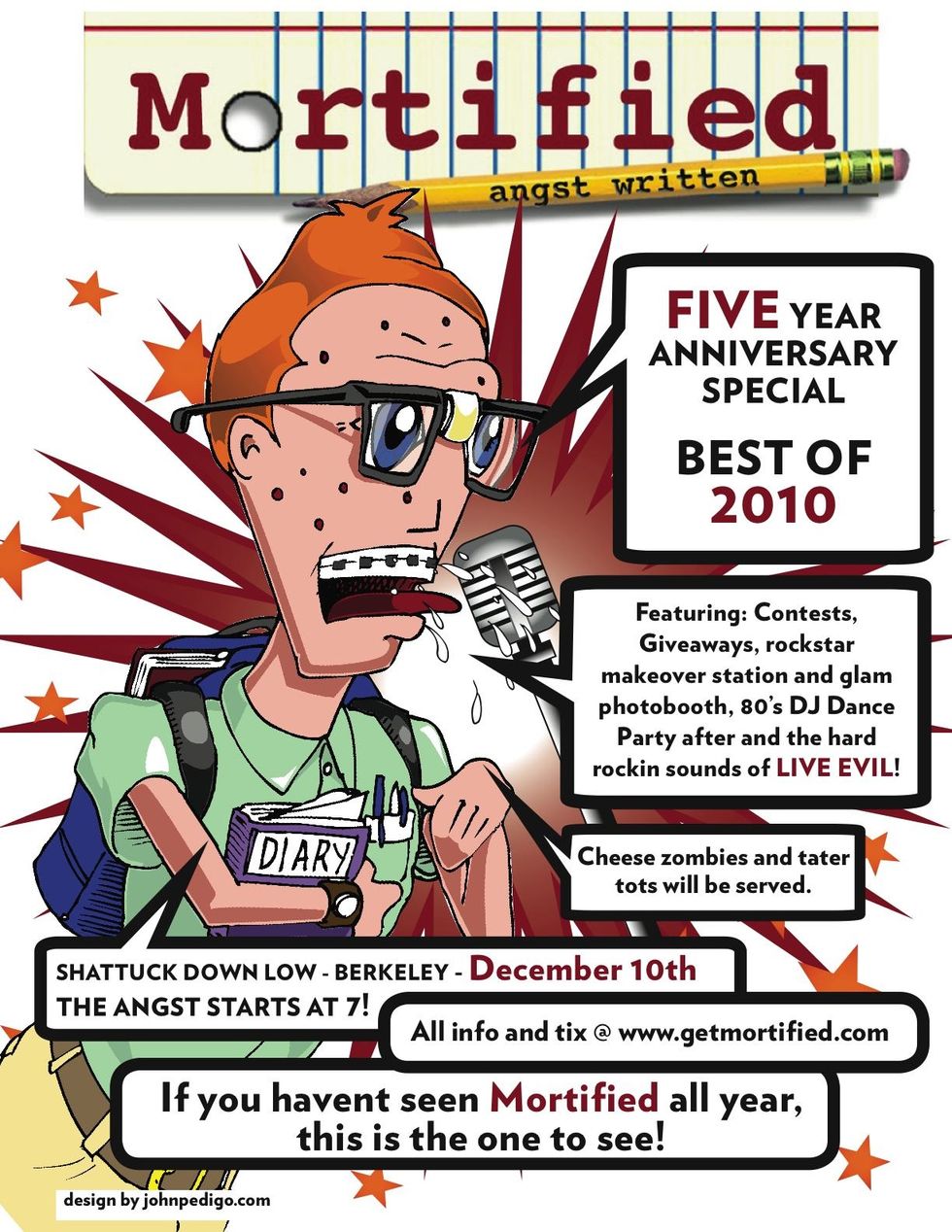 We've covered Mortified a lot over the years, but next month marks the holy grail of angsty onstage confessions and hilarious admissions of geeky absurdity. It's the oft sold-out show's 5 year anniversary. They're throwing a birthday party at the Makeout Room on December 3rd and 4th, but you can get a taste this Thursday and Friday at 8 pm if you've never experienced the magic. You'll want to grab tickets for the anniversary now, because they'll be gone in a flash.

Mortified's a cathartic stage show featuring avalanches of secret journal entries, bad songs you wrote when you first learned guitar or love notes you never sent. If you've got an itch to excavate any of your embarassing childhood moments in front of complete strangers, click here to let it all hang out.

For the December shows, Mortified will be supplying audiences with the craziest and best pieces from 2010, plus giveaways, contests, and the rousing hard rock of house band Live Evil. On December 10th, they'll stage another anniversary show at Shattuck Down Low in Berkeley, where they'll provide attendees with 80s makeover stations, an 80s photobooth, and an 80s dance afterparty. Happy Birthday, Mortified!