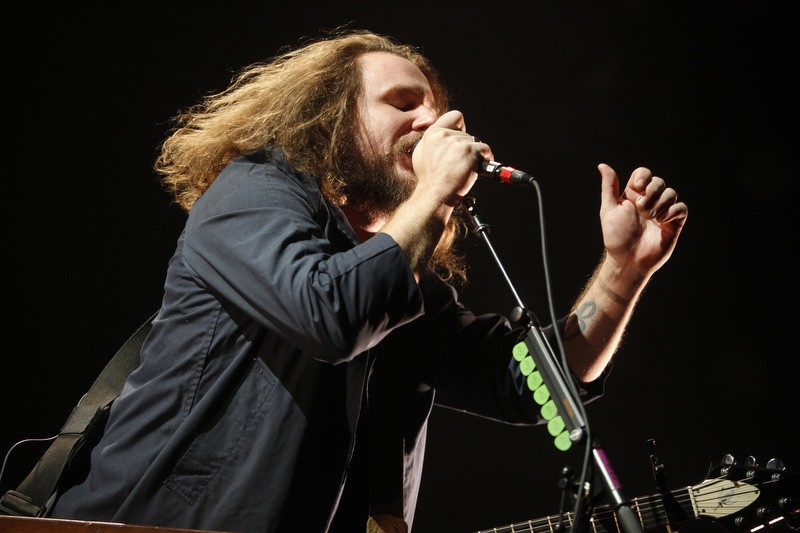 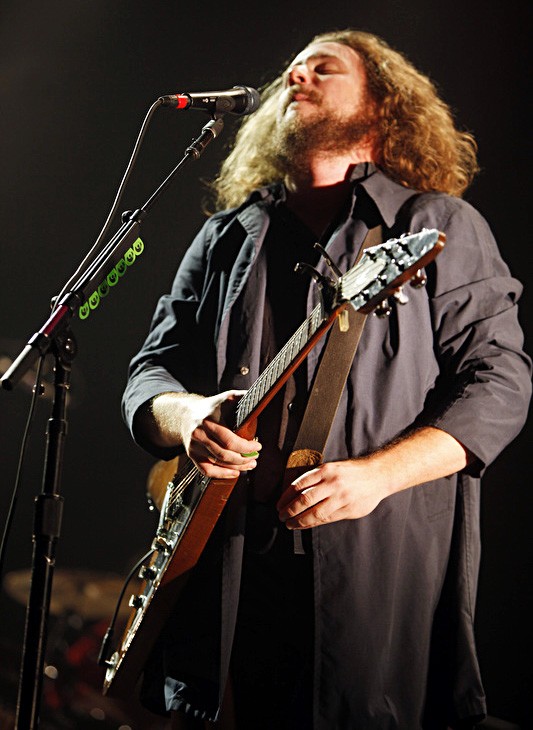 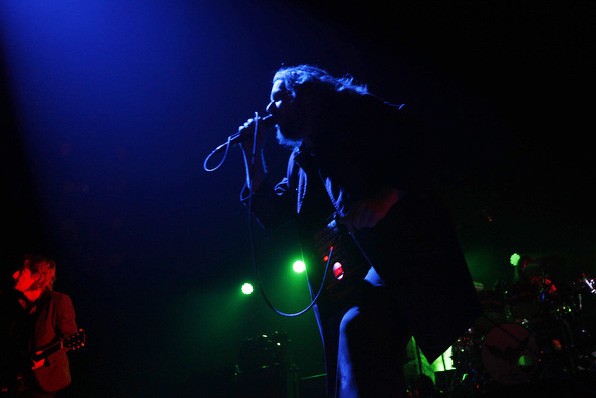 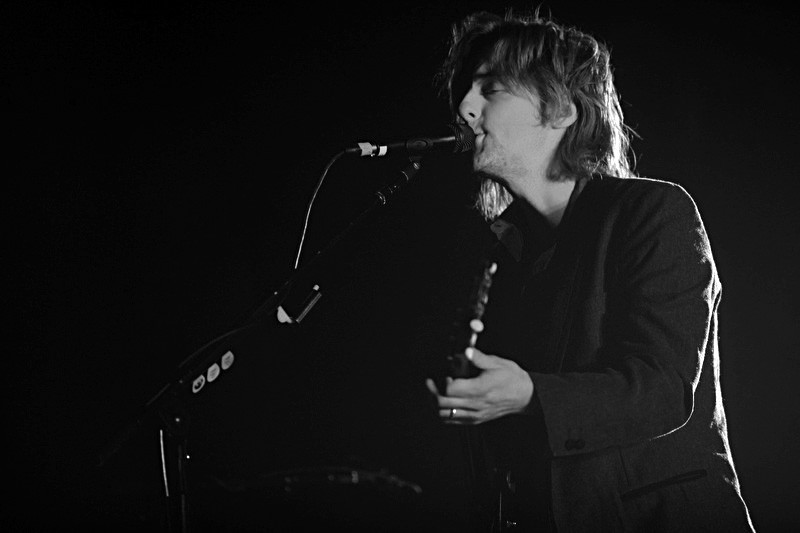 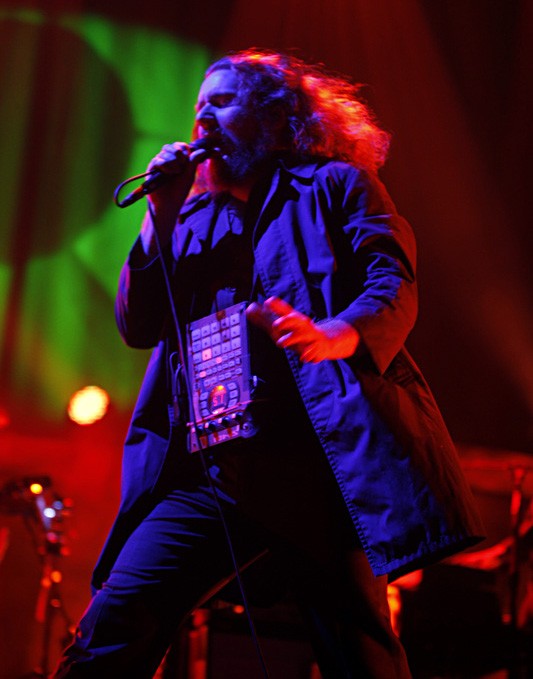 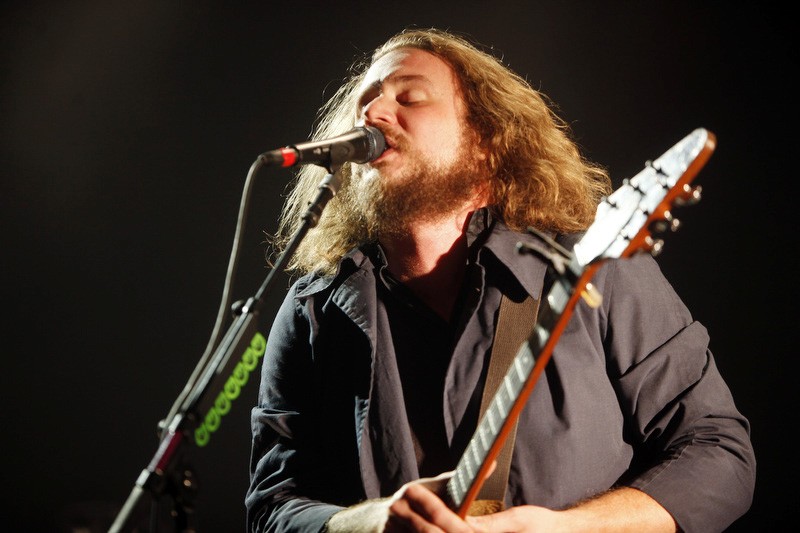 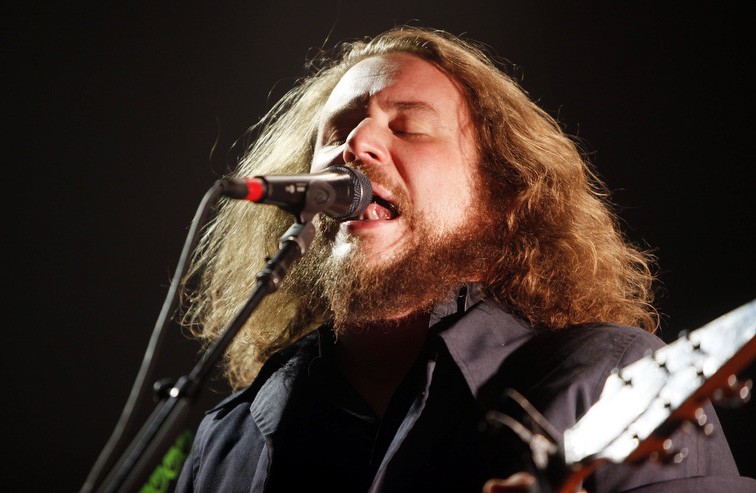 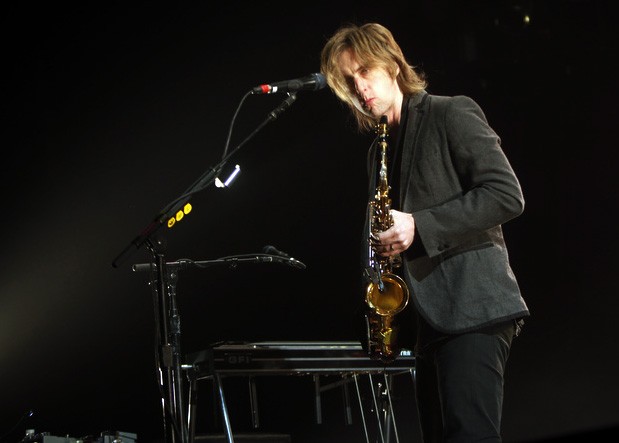 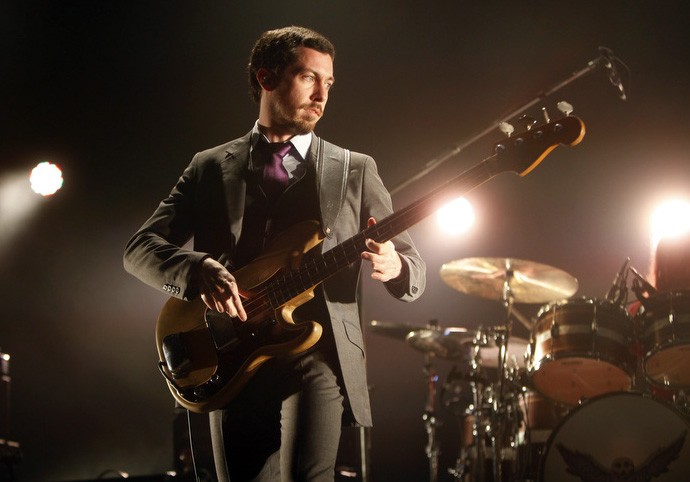 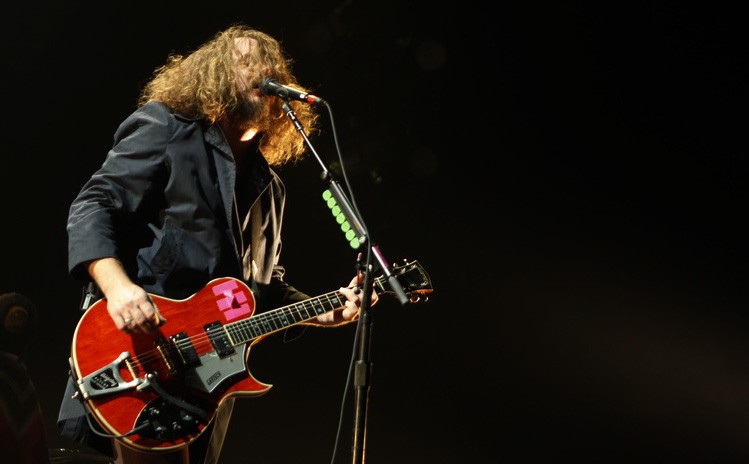 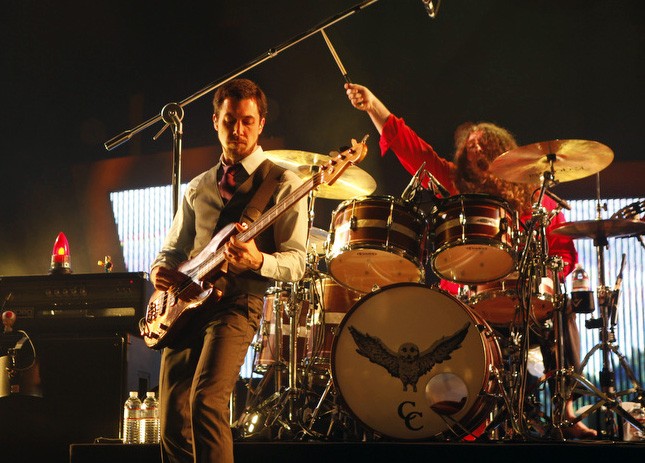 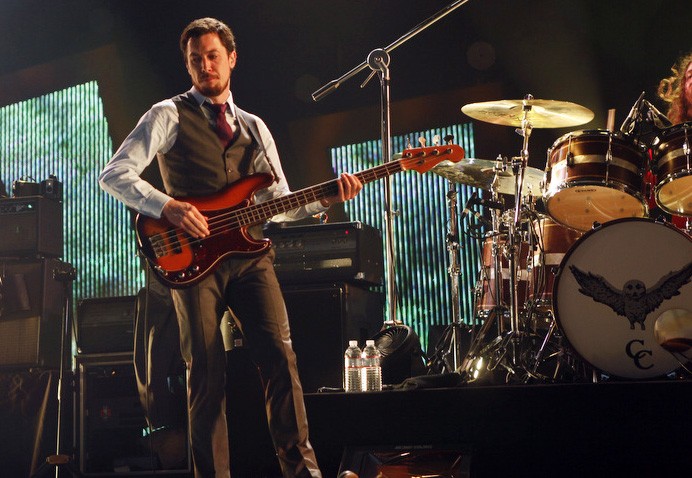 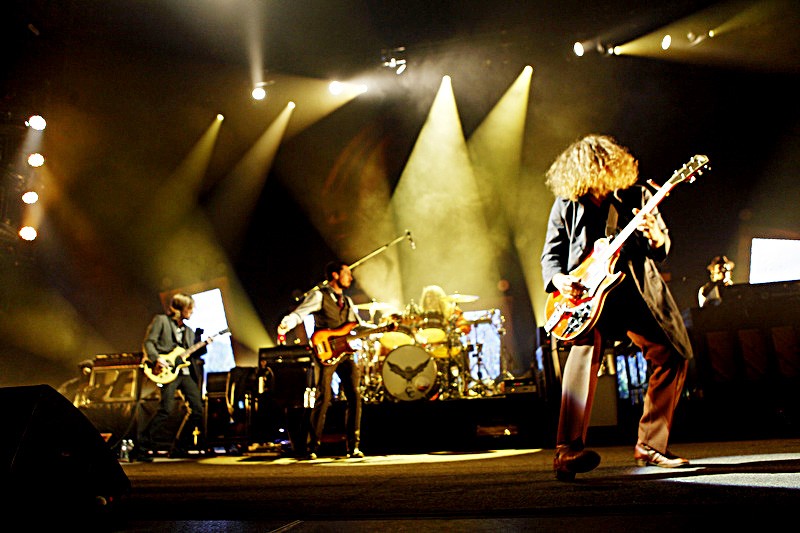 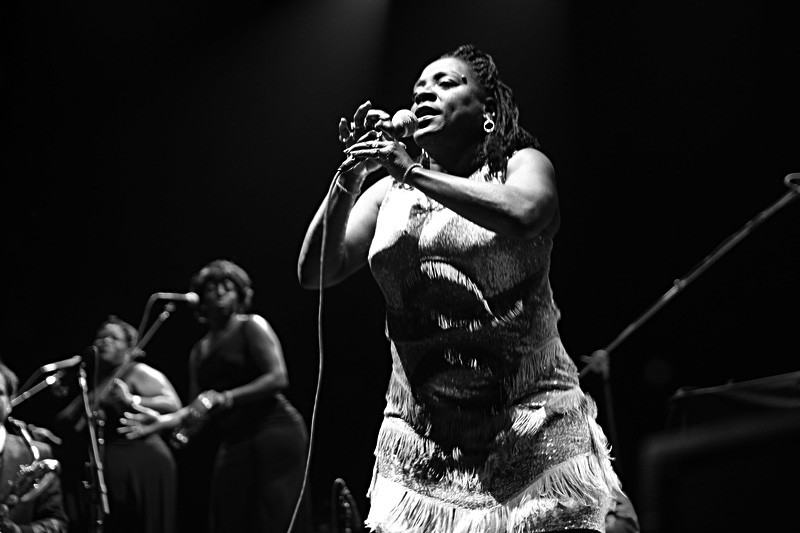 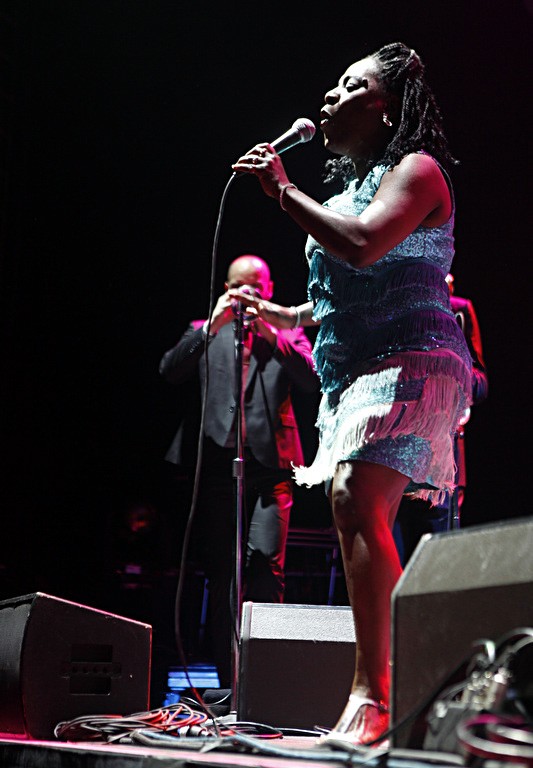 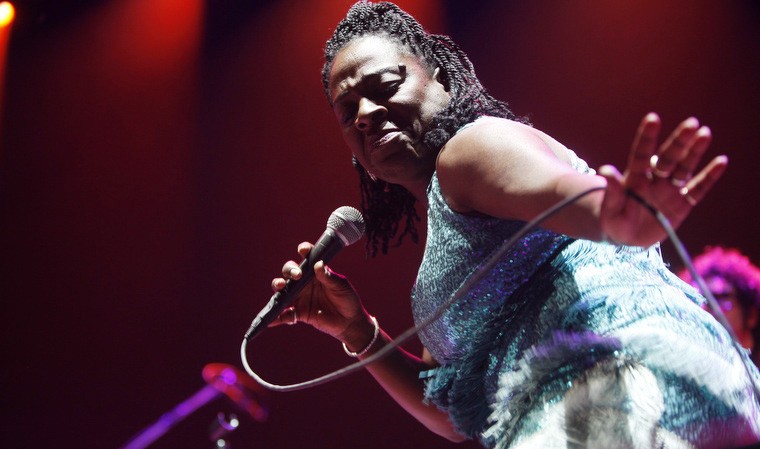 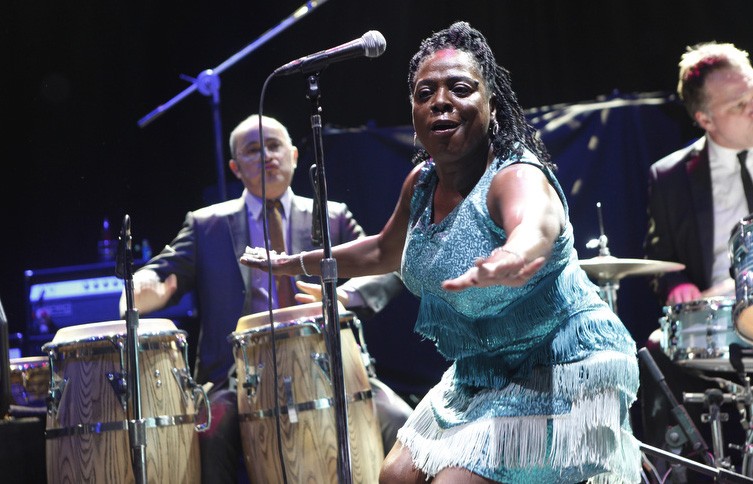 Not many rock bands seem wholly comfortable in their mid-career britches, when the street cred can begin to fade and the artistic edge becomes susceptible to dulling. But count My Morning Jacket — which played a sprawling 23-song set Friday night at the Bill Graham Civic Center — among the impervious rock bands aging gracefully and suitably (see also: Wilco, Radiohead, and, incidentally, another band who played Bill Graham over the weekend, The National).

In other words, nothing seems forced when these Kentuckian alt-Americana-rockers make themselves known onstage. As they dug deep into their still-growing catalogue Friday night at the Bill Graham, even songs they’d written 10 years ago felt of a piece with their current modus operandi.

Lead singer/guitarist/mystery force Jim James has a way of filling large spaces with his deep and soulful howl, but in the recent past those places have been either the outdoor expanses of American festivals or medium-to-large-scale music halls. Now that MMJ has bumped up another notch in the profile ranks, enough to book venues like the Civic Center, his echo chamber is magnified all the more (at least when not competing with the mass chatter of 20/30/40somethings), yet little intimacy is lost.

The night doubled as a survey of the band’s discography, and also something like a status update of what they’ve cooking up lately on the Southern alt-rock barbecue. There was the cooky charm of the 1999 song “Heartbeakin Man” and the lonely acoustic guitar cries of “At Dawn,” a song that first announced the arrival of James’ idiosyncratic vocal talents. Both stripped-down songs still manage to fit the MMJ waistline, with just the right amount of abstract songwriting panache. And it’s partly because they’ve insisted on such moments throughout their discography, all the way up through their most recent release, Circuital, with songs like “Wonderful,” which James stoically and poignantly finger-picked his way through by his lonesome.

While the older numbers seemed to stand the test of time, they also stood in stark contrast to recent turns of prog experimentation and down-home sing-songing. “Victory Dance,” which they started the night with, seems divided into acts, with demonic and possessed vocal backing and a dark jam of a climax. To the latter point, “I’m Amazed” caters to the Southern rock nostalgia, with a simple beat, simpler riff, and James singing as if he were making a toast in a Budweiser commercial.

The band’s generosity was plainly evident in their five-song encore, conjuring some of their most celebrated and anthemic cuts, including “Wordless Chorus,” from what stands as their most complete effort to date, the inspired 2005 album Z, and “One Big Holiday,” perhaps their most important single, and the song that gets the fists pumping more than the rest, as James’ economically works his way up and down a few scales while drummer Patrick Hallahan goes gonzo on the high hat, et al. (Hallahan also featured impressively on “It Beats 4 U,” with tempestuous fills urging James on again). Sadly, no “Gideon” though. That be the jam, the one that raises the hair instead of the fists. See the complete setlist here.