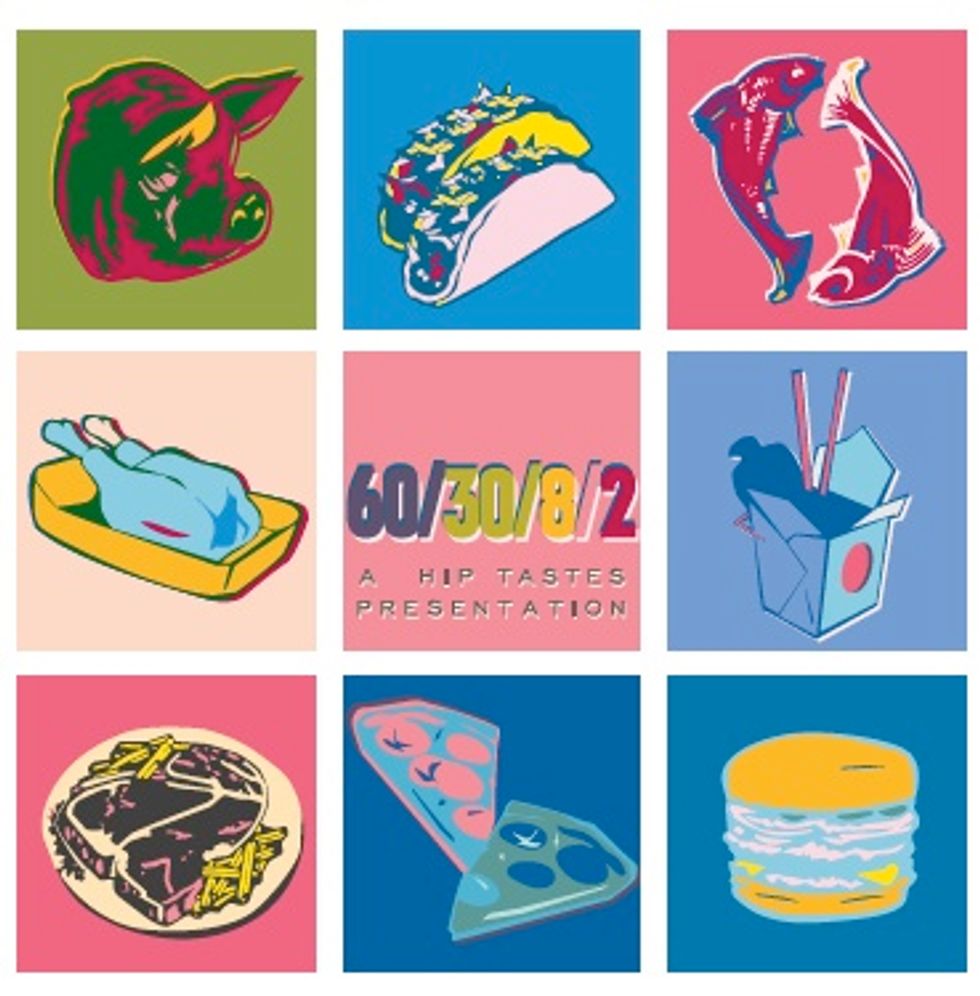 San Francisco-based writer and sommelier-about-town Courtney Cochran has spent years teaching people how to enjoy wine. Her main message: It’s not that difficult. Through her Hip Tastes brand, under which she has published a book about wine and hosted dozens of wine-centric parties around the city, she has worked tirelessly to bring wine down to earth. And now, with her own wine, she is looking to the street — SF's street food to be specific.

Inspired by the pop-art style of Andy Warhol (specifically his famous "Marilyn" montage) and the street food culture of San Francisco, Cochran, says her wine is, like all of Hip Tastes experiences, intended to make wine more approachable by taking it off the shelf and putting it in a context that is familiar (and what could possibly be more familiar to San Franciscans than street food?). The colorful label, designed in collaboration with Amsterdam-based artist Mitchell Shernoff, features a grid of stylized street food and, is, says Cochran, something everyone can understand visually (it’s intended to pair well with all those things — so you won’t be needing her sommelier services to plan your next pizza party). But Cochran sees the label as more than a just a way to tell you about what’s inside: “A wine bottle is a canvas,” says Cochran. “It’s an excuse to have a new piece of art produced.”

The grapes may have come from Amador County, but, having been vinted, aged, blended and bottled at Urban Legend Cellars in Oakland, if this wine could speak of any place, it would be the city by the bay.

The wine will be officially released on November 3 at a party in its honor. Follow CourtneyCochran.com for details.