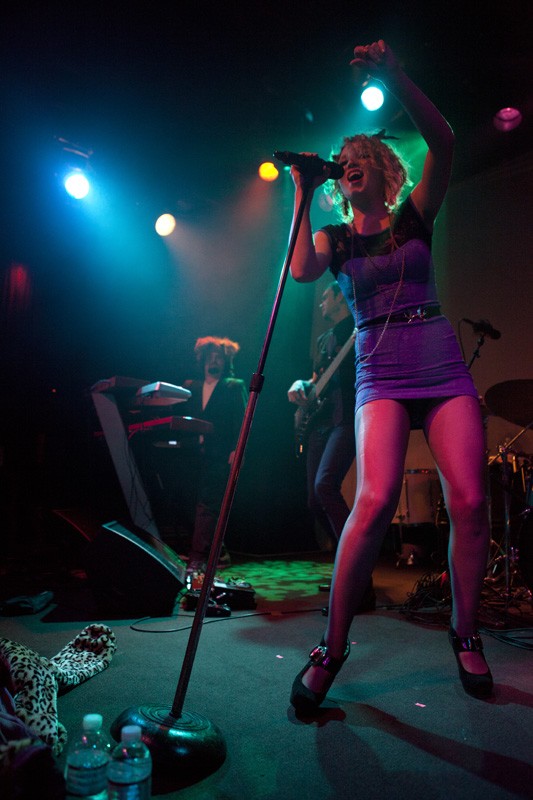 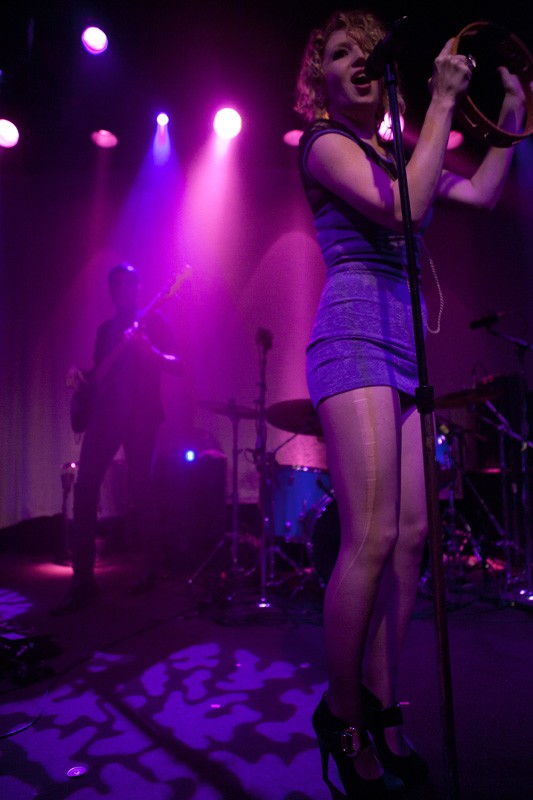 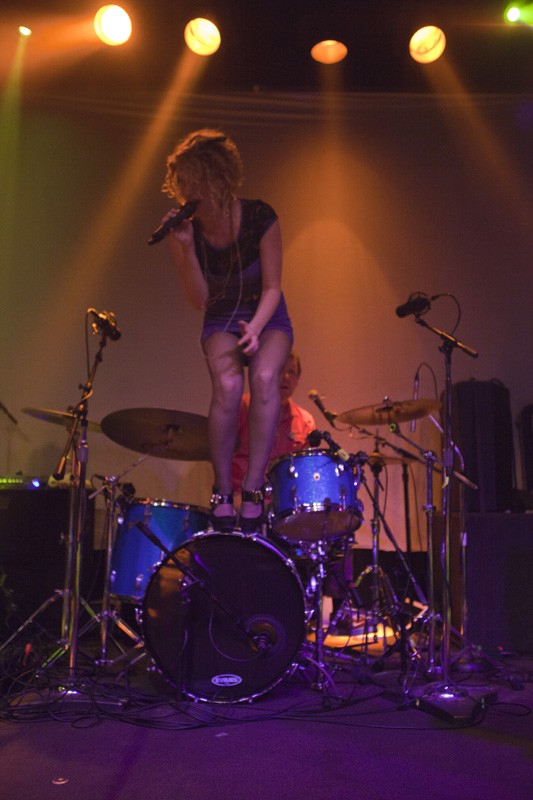 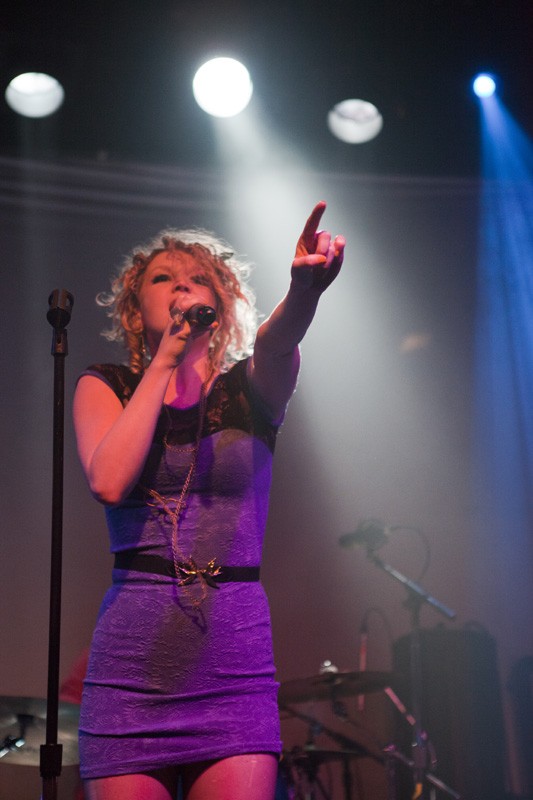 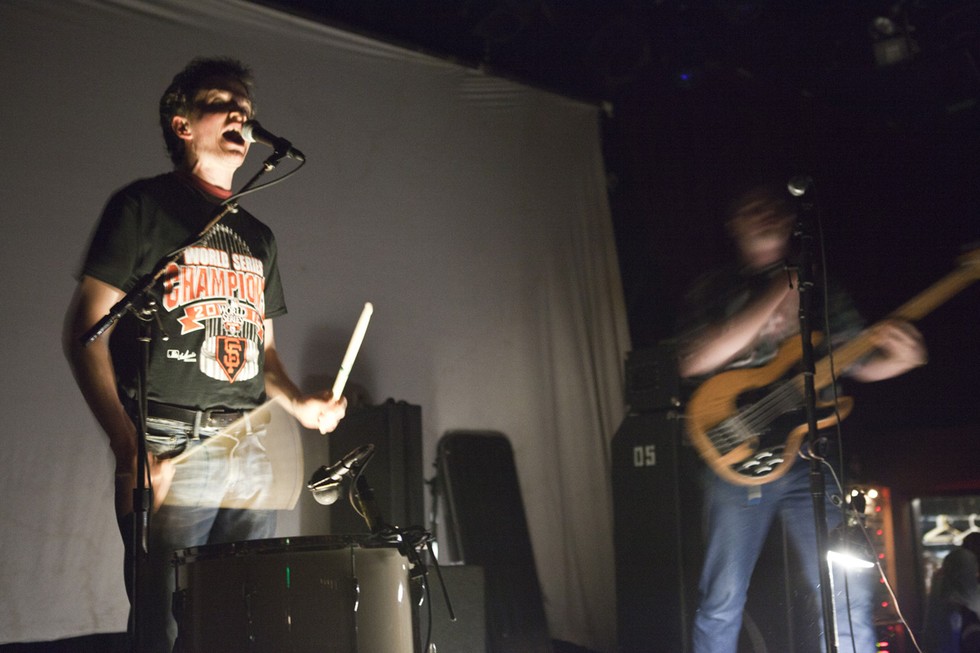 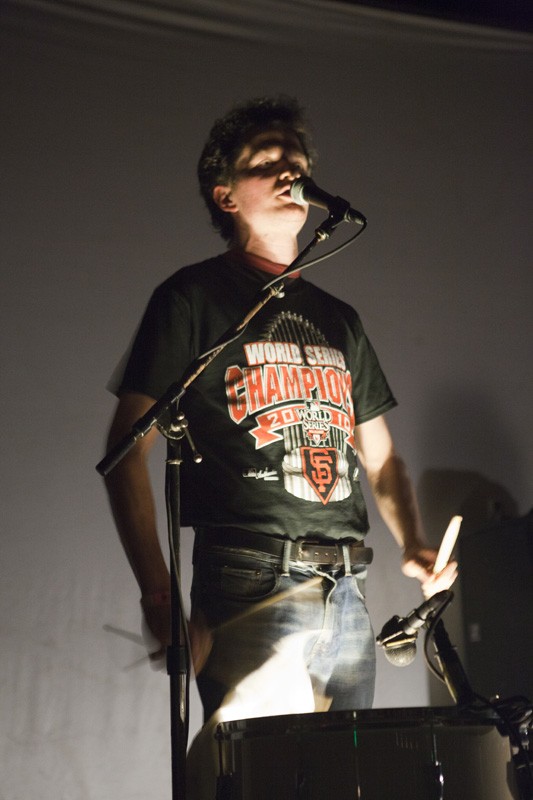 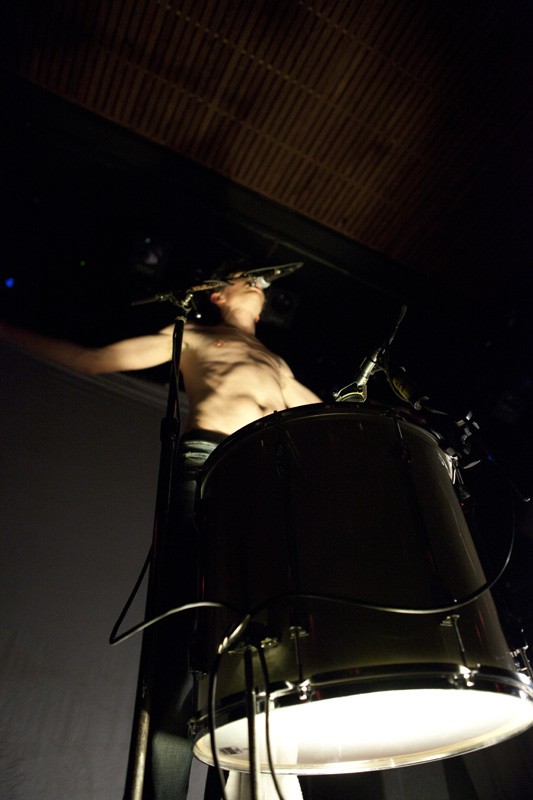 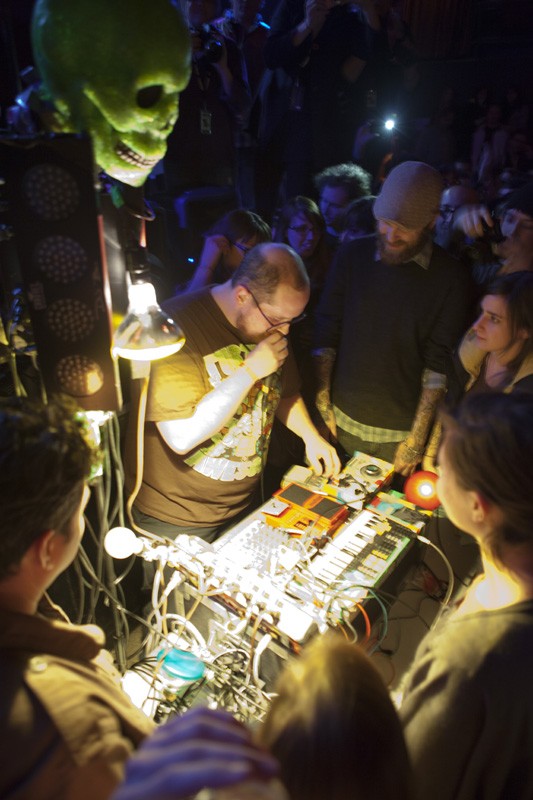 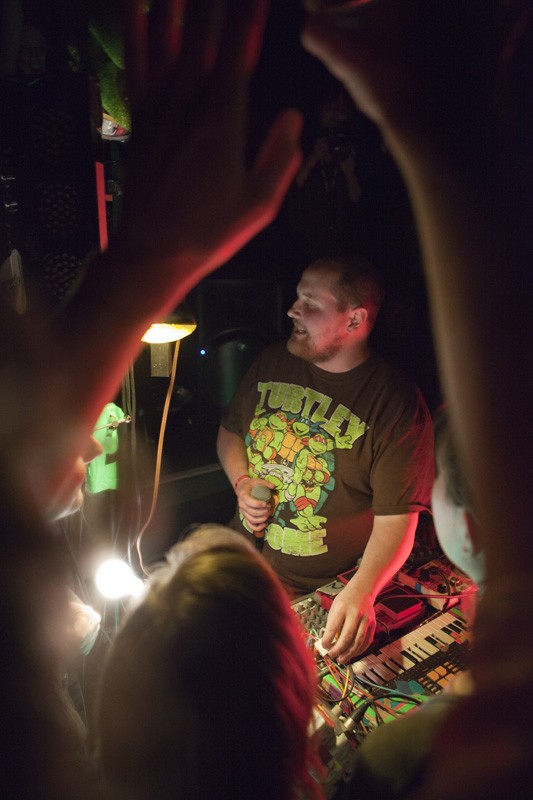 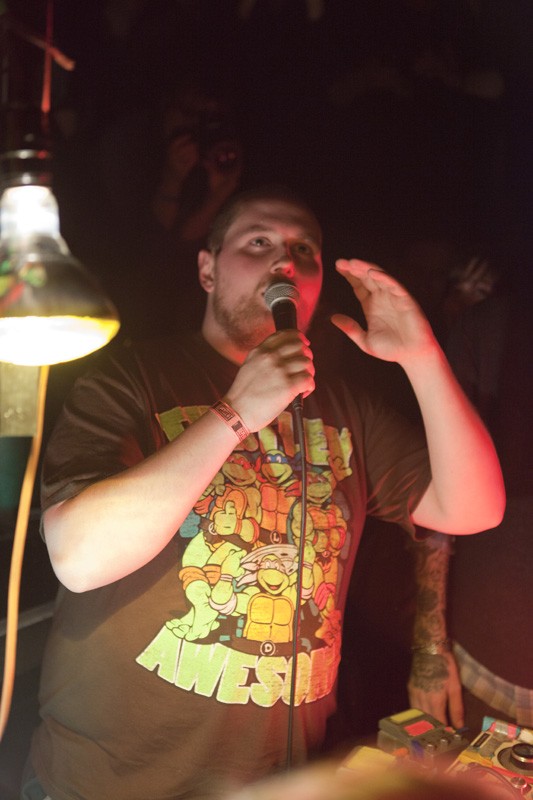 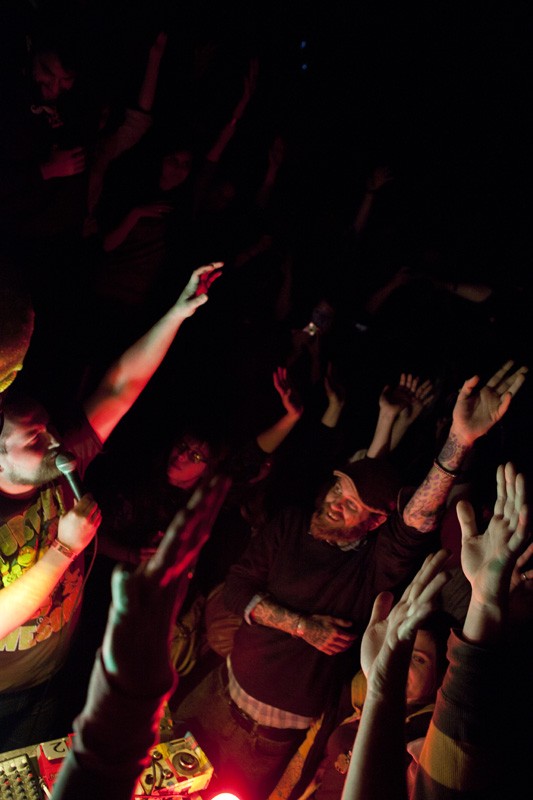 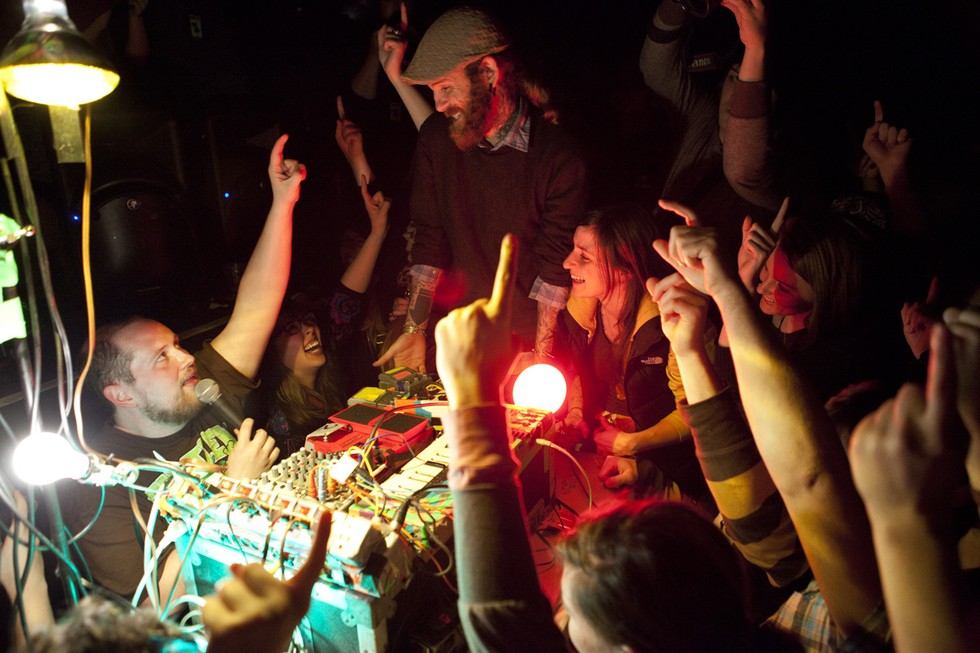 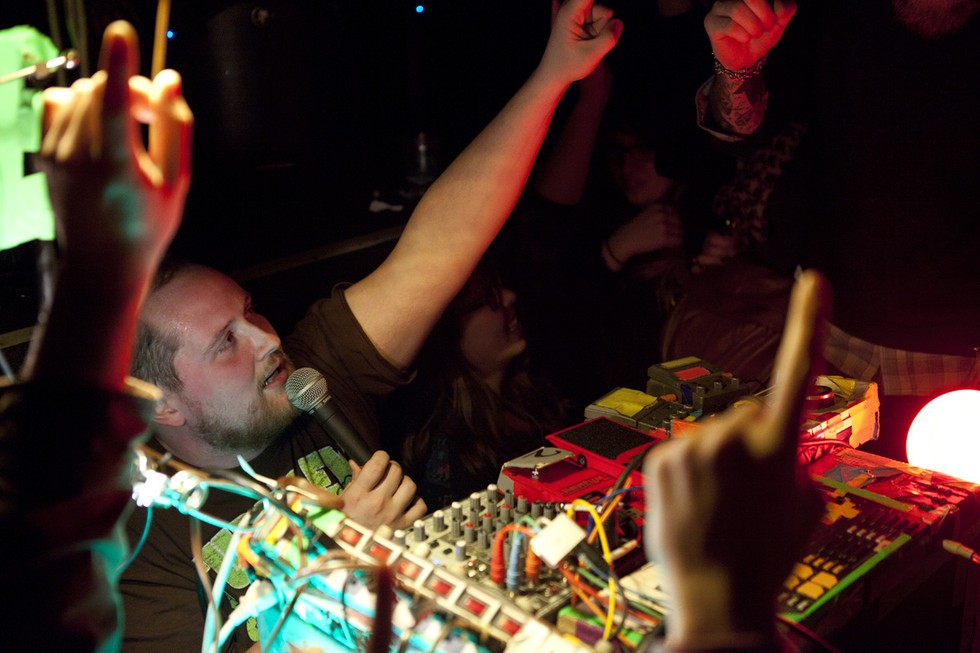 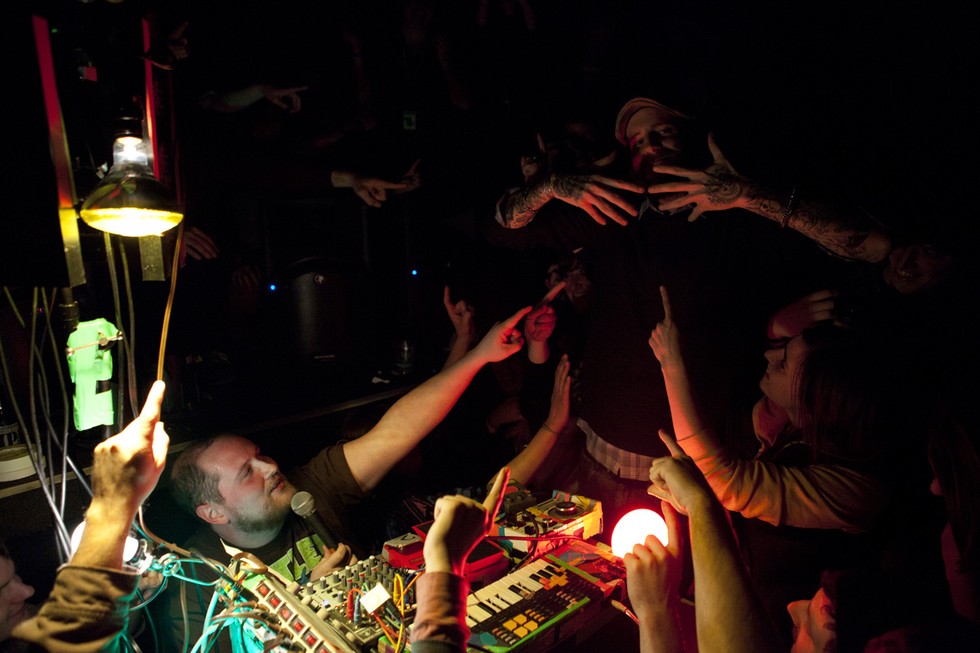 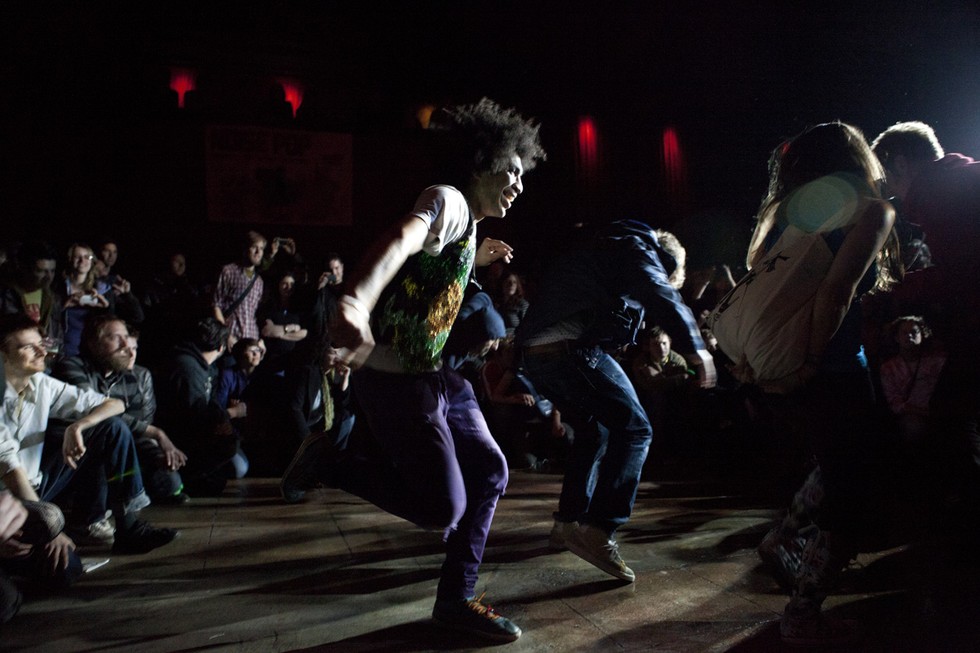 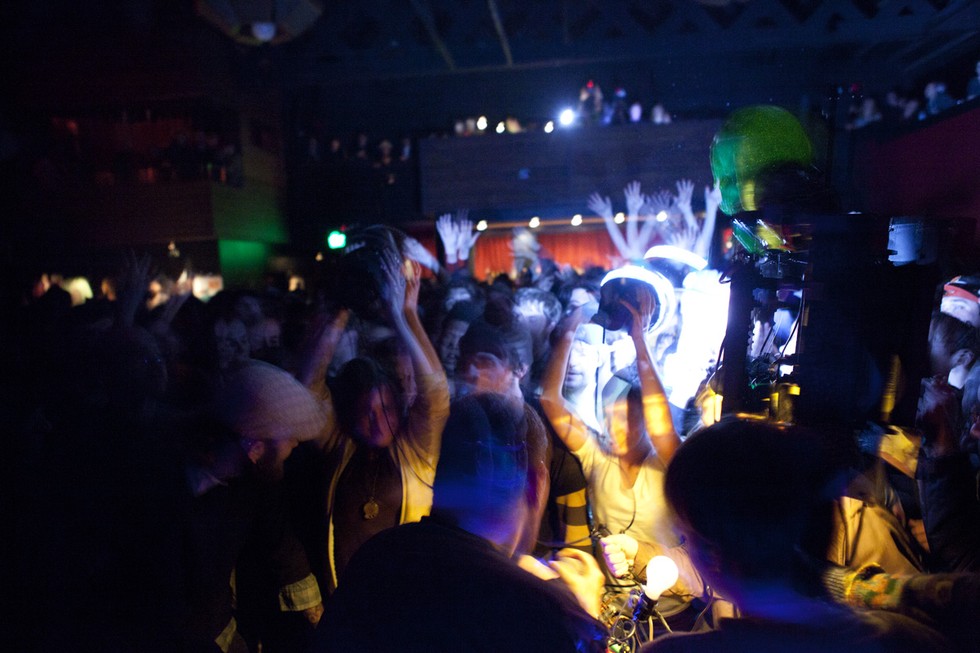 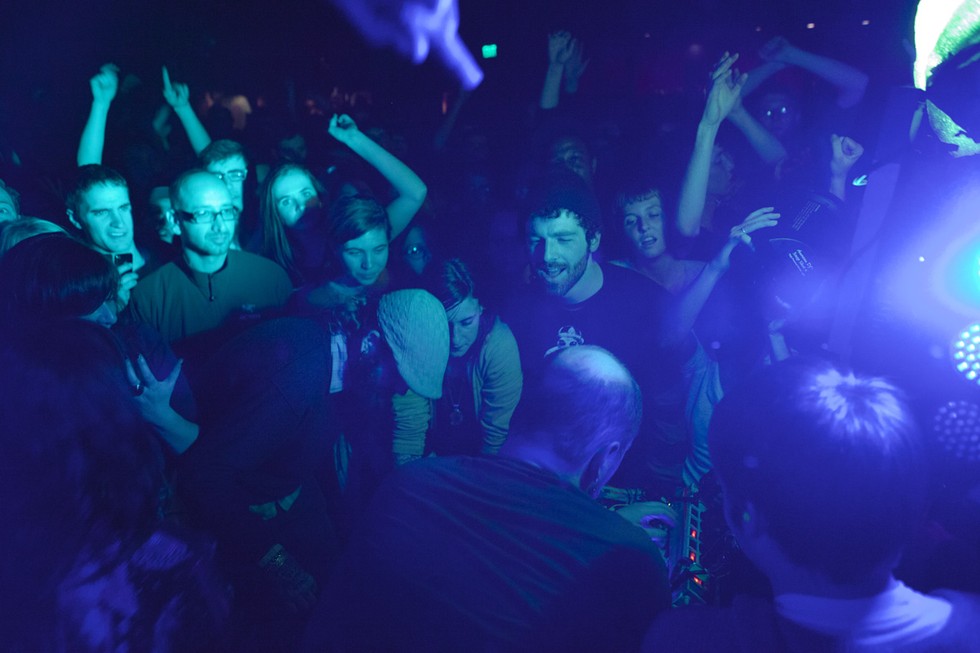 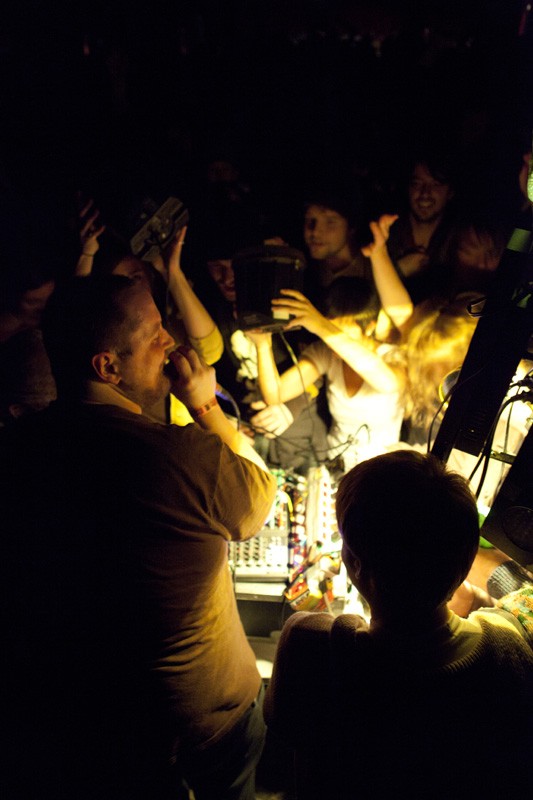 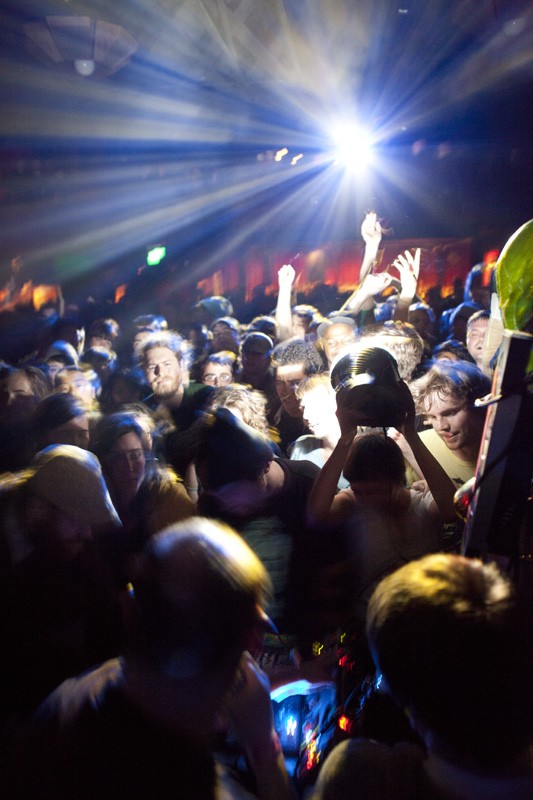 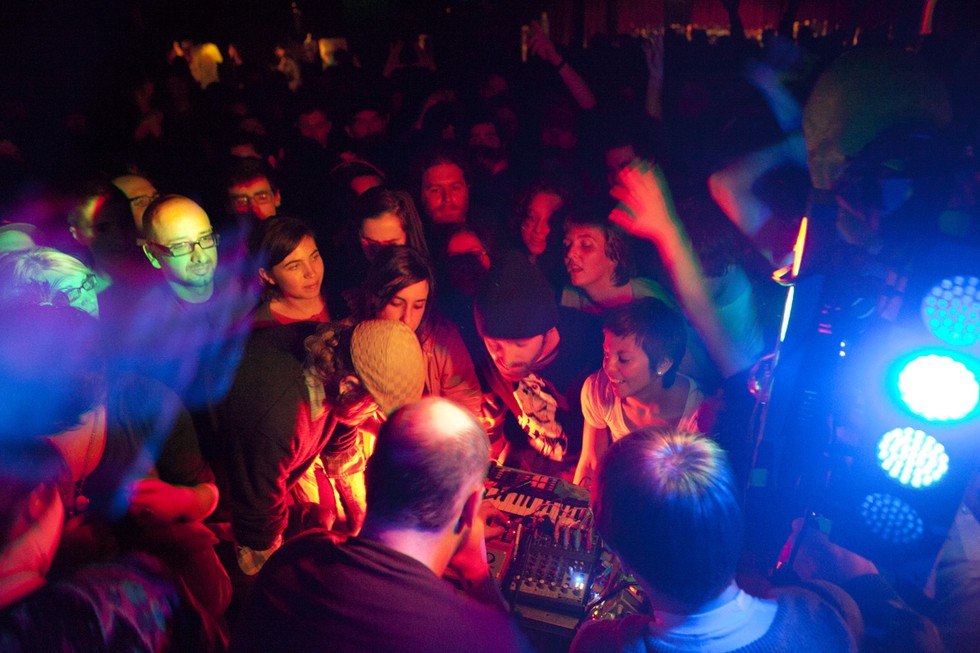 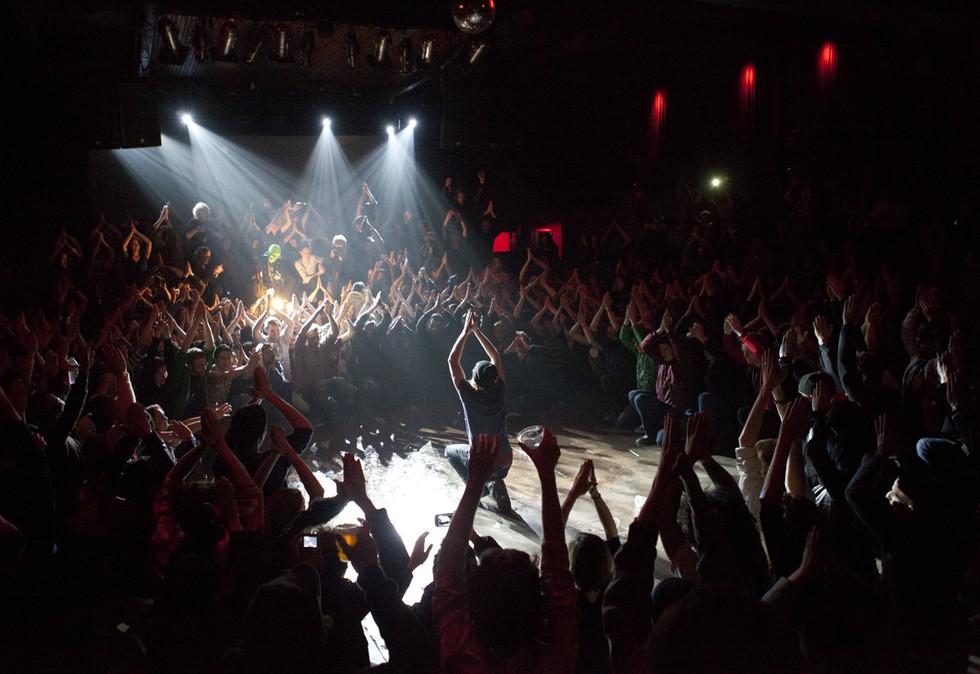 Dan Deacon is a tease. From his sound check to the music itself, the Baltimore-based analog wizard's first Noise Pop set was a glitchy glimpse into the restless mind of one of the best indie showmen travelling the country right now. Set up on the floor of the Independent, engulfed by eager fans' faces plastered with Cheshire Cat grins and testing his Vocoder and noodling on his equipment under the light of a glowing green skull, Deacon cracked jokes about Simon & Garfunkel tunes and braced the crowd (and himself) for his second show since Halloween.

The next two hours were pure collaborative madness only a ringleader like Deacon could suck out of a crowd of twenty-somethings. From a dance-off inspired by Jurassic Park and Avatar to his creation of an epic human tunnel that snaked all the way outside and back in again, the audience stuck like glue to Deacon's each and every whim, all of which he peppered with real talk about being a fat kid in high school and goofy jabs at Southwest Airlines for losing his luggage and breaking his equipment.

The man's songs are snippets of madness, slowly blooming from a few clipped notes and beats into towering walls of frenzied, kinetic, anthemic sound, adorned with twisted vocals and of course, brain hemmorhage-inducing strobe lights. Once songs like "Crystal Cat" or "Wham City Part 1 of 2" hit warp speed and you begin to feel airborne, the jam ends, leaving everyone on a sustained adrenaline rush, immune to and unconcerned with anything and everything happening outside of the Dan Deacon bubble. It's the delicate art of escapism on a Tuesday night. There was even a Francis Ford Coppola sighting.

Tori Amos to Serenade The Paramount Theater, Giraffage Spinning at The Fillmore + Other Musical Happenings

Scenes of the City: 4th of July in Bernal Heights