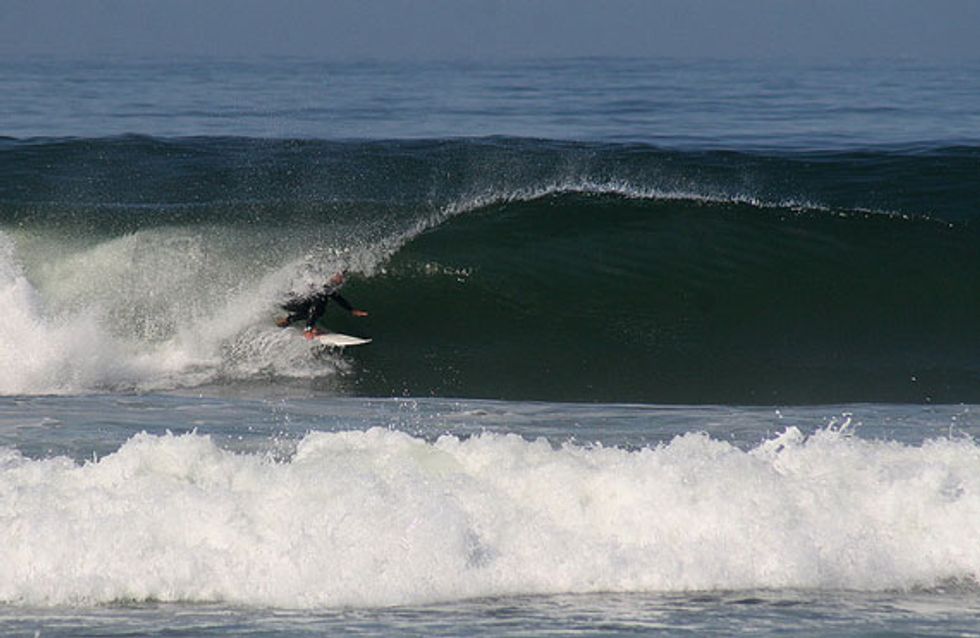 Any local surfer knows that Ocean Beach can be a gnarly, currenty, beachbreak of a mess. The water is frigid, the waves unpredictable. But on calm days, usually in the fall, Ocean Beach can produce some gloriously glassy waves. And that’s just what the Association of Surfing Professionals is banking on.

On Sunday morning, the ASP announced that Ocean Beach will host the 10th event of their World Tour. The competition will bring 35 pros from around the globe to battle it out on the unpredictable waves at Kelly’s Cove. Because there’s no guarantee that our local waves will cooperate, the ASP has given a two-week window (November 1-11) for the competition.

It’s been more than a decade since San Francisco was home to a professional surfing competition. Many local surfers have never seen their beach covered in sponsorship tents (Rip Curl is heading this one), or watched the pros like Kelly Slater try and shred the waves that they tackle every morning.

So when news broke that the professional surfing community would be setting up camp for two weeks, the reactions from locals were mixed. “People are kinda into it ’cause it’s happening, but no one is stoked that it’s happening,” says local surfer Andy Olive in a Surfline.com article.

San Francisco surfers are a different breed than those in the surf towns to the south. SF surfers are generally not impressed with the large, corporate surf scene, and they’re not gaga for the pros. They worry about their normally off-the-radar beach being overtaken by crowds. But even with the overcrowding concerns, many are also psyched to see the pros tackle our notoriously challenging waves.

Rip Curl is working with the local surf community to try and keep it a relatively mellow event. While the competition is sure to bring in throngs of spectators, there will be no music festivals or skate parks to accompany the event. By industry standards, the SF competition will be low-key—meaning that the contestants will have nothing but the frigid water and unpredictable currents to focus on.