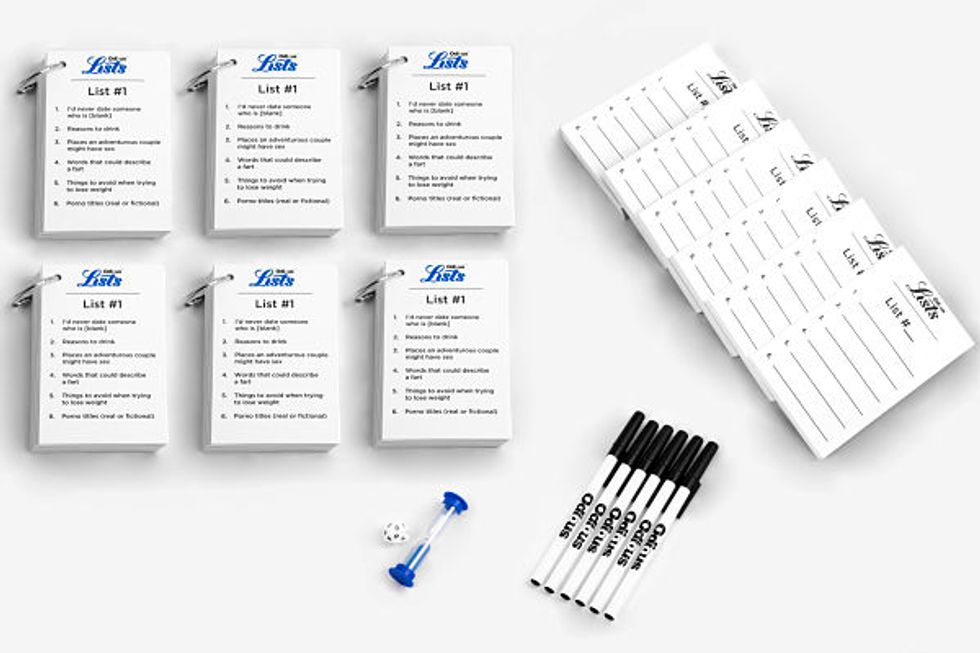 Odious Lists, a game designed to celebrate those among us with the dirtiest minds, is the latest in a line of local Kickstarter success stories. The Scattergories-meets-Cards-Against-Humanity hybrid achieved crowdfunding fame after it was endorsed by Neil Patrick Harris on Twitter—and if Neil Patrick Harris says something is hilarious, the world knows to listen.

The dirty brainchild of San Franciscans Ken Goff and Bekka Saks, Odious Lists quickly blew past its $10,000 funding goal—in part due to NPH's endorsement and in part due to the promise of personal love notes to funders. The Odious team fulfilled their promise with hilarious videos delivering twists on famous quotes about love. Our favorite is the one that concedes, "Love is when the other person's happiness is more important than your own—and true love is when you're both happy being total bitches to each other."

The game seems to be best enjoyed over (several) glasses of rosé or a couple cold brews—pick your poison. The objective is to fill in the blank for categories such as "Reasons to Drink" with words starting with a certain letter. Perfect for a drunken night in with your friends who are just as inappropriate as you, Odious Lists will definitely be popular in every college dorm room and ten-person Mission apartment. Although there are ways to pick a winner, as the website wisely notes, "We're Millennials—EVERYONE'S A WINNER!