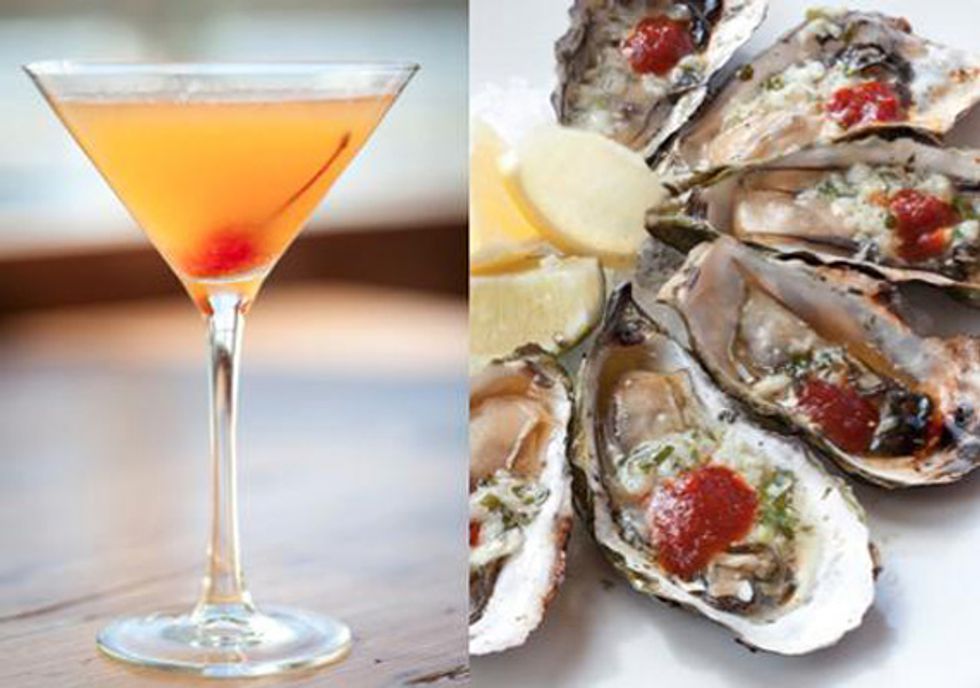 On Tomales Bay, Nick's Cove Gets a Makeover

The last few years have been nothing but rocky for Nick's Cove on Tomales Bay. To begin with, owner and local restaurant magnate Pat Kuleto gave up on the property, deciding to sell the Bay-adjacent restaurant and cottages that once charmed him into millions of dollars in renovations and upkeep. Then there were all sorts of juicy tales about food poisoning and horrendous service, seeming to culminate in a kiss-of-death review San Francisco Chronicle reviewer Michael Bauer pulled. New owners, a group of silent investors, finally purchased Nick's from Kuleto. Just in the knick of time, they launched a totally different menu, with more small plates and slightly more modern fare.

In August, chef Austin Perkins was promoted from within to lead the kitchen in a different direction. My first inkling that the mutiny was over in the kitchen came with a taste of the BBQ oysters. Perkins' oysters hold on to their dignity, and the accompanying housemade BBQ sauce and garlic-parsley butter were layered on in good measure.

In the dining room, a few design changes are noticeable right away. Dated white tablecloths have been traded for reclaimed redwood tables. A new fireside bench by the host stand sets a ski lodgey tone up front, and a lot of the Kuleto-era knick-knacks have been removed in an effort to modernize things. The most predominant design features are several deer and moose heads mounted on the wood-walls. Every table in the restaurant has a view.

Perkins' menu doesn't distract from the vista either. A certain level of refinement is in play. GM Dean Castelli (also a recent hire under the new ownership) is so knowledgeable about the local oysters on offer that he could tell me, with gusto, why the Drakes Bay oysters are so much larger than Kumamotos (hint: terroir.) The cheese-laden crostini that comes with the cioppino is hit with a little lemon zest to brighten the dish. A seared scallop special comes out with a nice caramelized exterior, even if the accompanying mashed avocado, nori glaze and Himalayan red rice was just ok. Perkins gets points for his bright idea to fold pumpkin puree into his arancini appetizer, dressing the crusted exterior with a small dot of maple cinnamon sour cream. It made for a bite that was crisp, creamy, sweet and salty all at once.

Meanwhile the bar program has moved into creative territory with drinks like the Smoky Sunset, a combination of Knob Creek bourbon, St. Germain, citrus and cayenne. At meal's end, we learned that the kitchen is slowly going to start incorporating more ingredients from an on-site garden into its dishes.

After dinner, we headed down the long, skinny boardwalk behind the restaurant for a night cap in the boathouse, which was filled up with people in a festive mood who didn't want their night to end either.

Diners may have avoided the restaurant during unstable periods in the past, but I'd say the coast is clear now. It wasn't Gary Danko (nor should it be), but our meal was pleasant enough that the views and the enduring charm of a Bay-side lodge could work their magic well. Nothing rocked the boat.