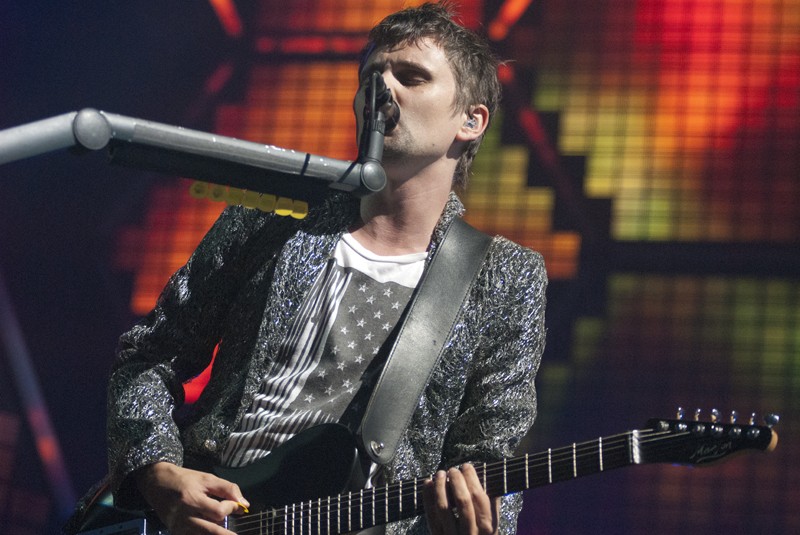 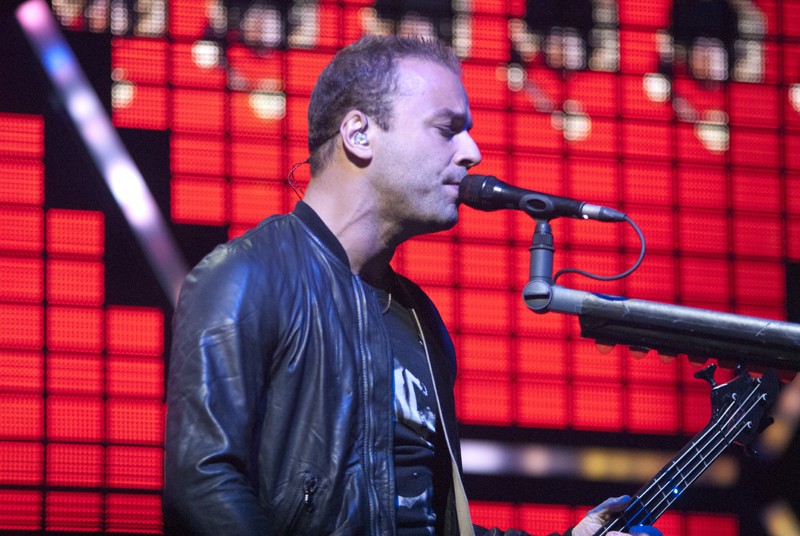 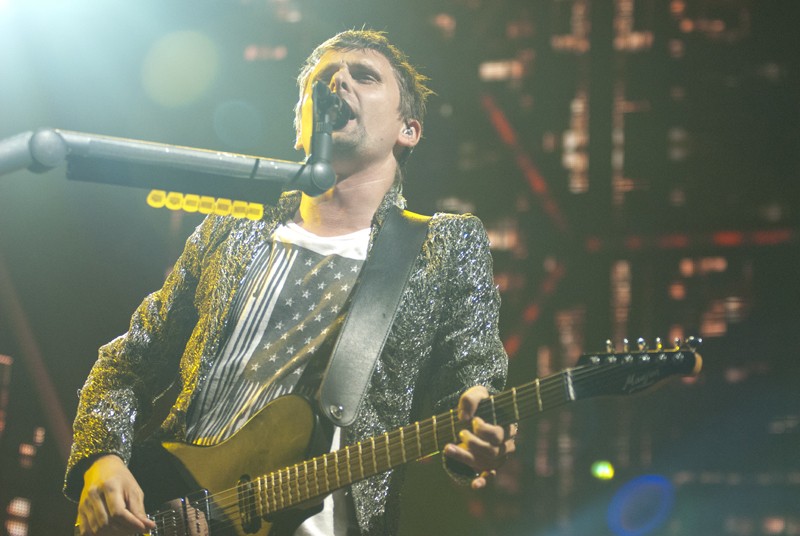 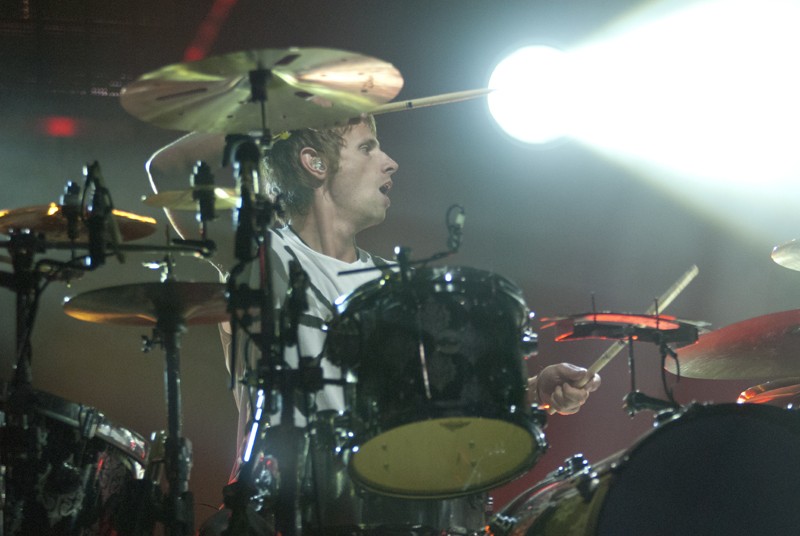 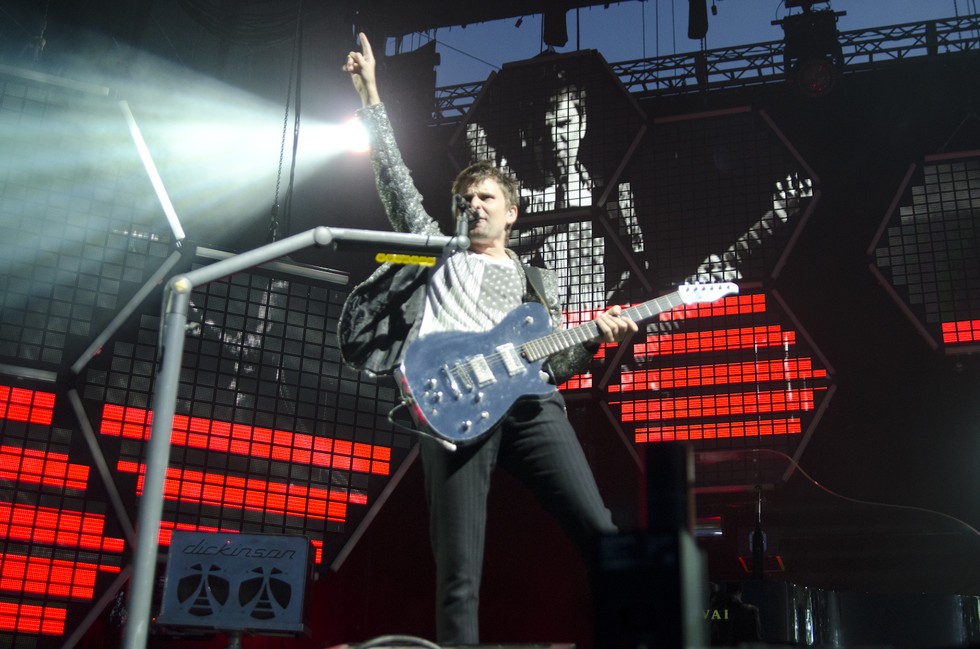 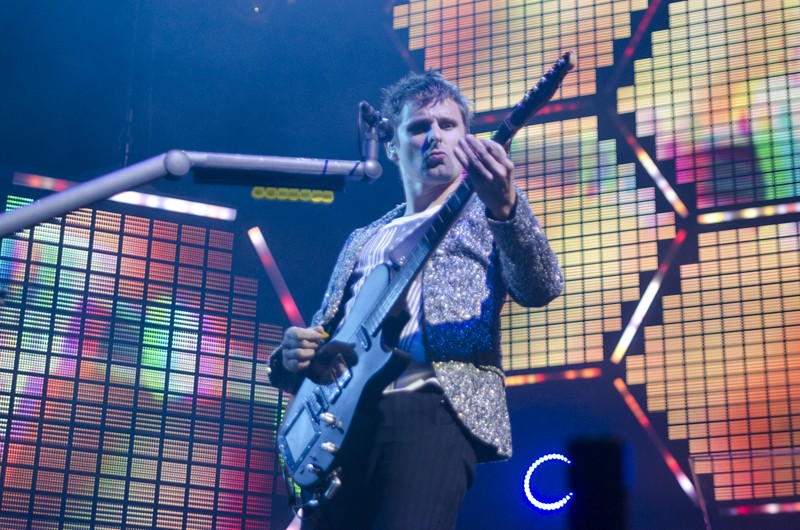 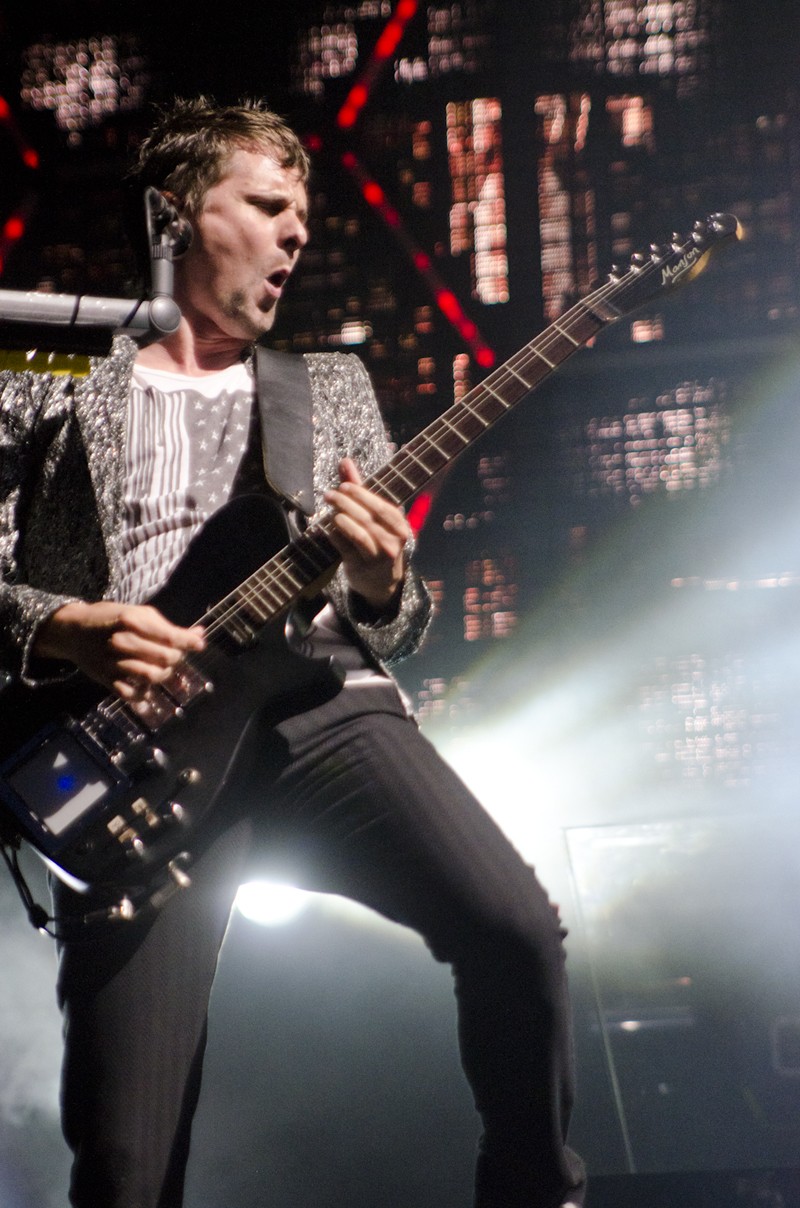 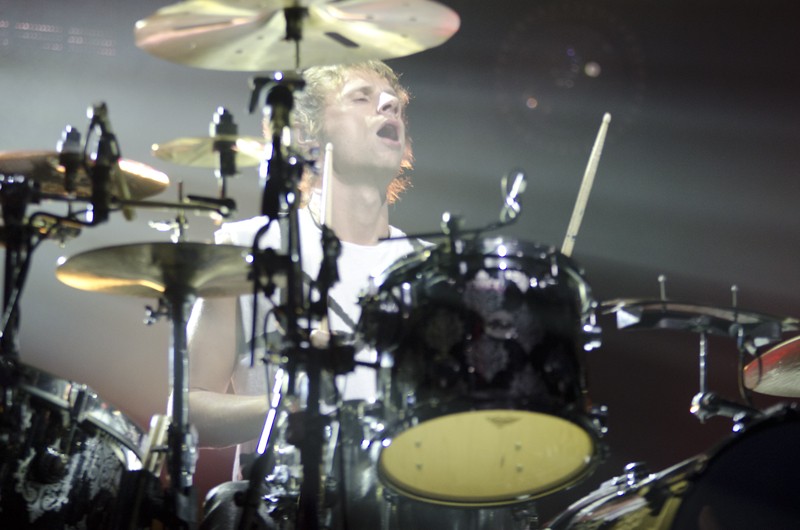 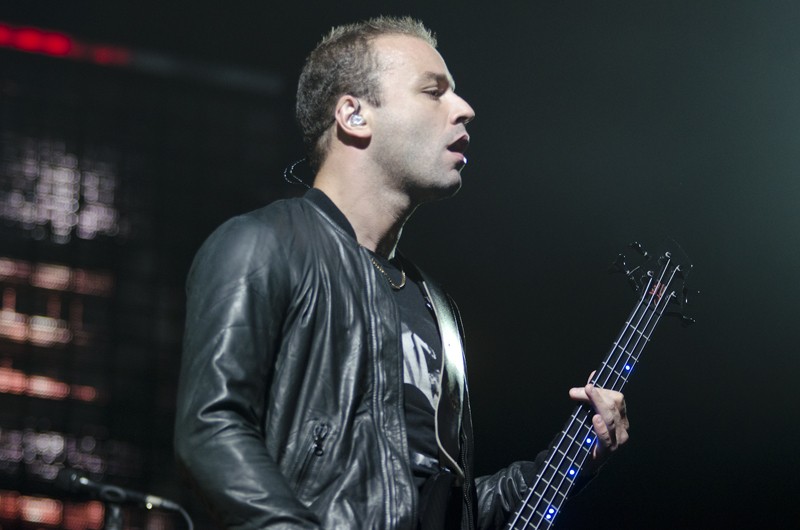 What seemed like a hundred thousand people filled every nook and cranny of the Lands' End main stage to see Muse, the British band that is known for its insanely epic live shows. Muse is confounding. When you ask anyone if they've heard of them, it's a fifty-fifty chance you'll get either a blank stare or instant, vehement recognition.

Yet last night, they seemed like the biggest band in the world, with a sound to match. It's astounding to think that only three men could create music so loud that it could be heard 30 blocks away. But as soon as you hear singer-guitarist Matt Bellamy's huge, operatic voice (peppered with gorgeous falsetto), it's not so hard to comprehend. Bolstered by drummer Dominic Howard, behind a drum set as big as a small city, who sent forth blast beats and screeching cymbals to support Christopher Wolstenholme's basslines, their prog anthems (with a little bit of theatrical Queen-ness thrown into the mix) sent the crowd into conniption fits.

Unlike a lot of the bands we've seen on the main stage so far (who've seemed largely going through the motions), Muse completely threw themselves into each song, with the emotions of a group performing songs for the last time in the lives. The word "anthemic" barely even begins to describe their sound, seen especially in tunes like "Uprising" and "Map of the Problematique"–it didn't hurt that their visuals and light show were enough to blur the eyes. This is a band for the ages.