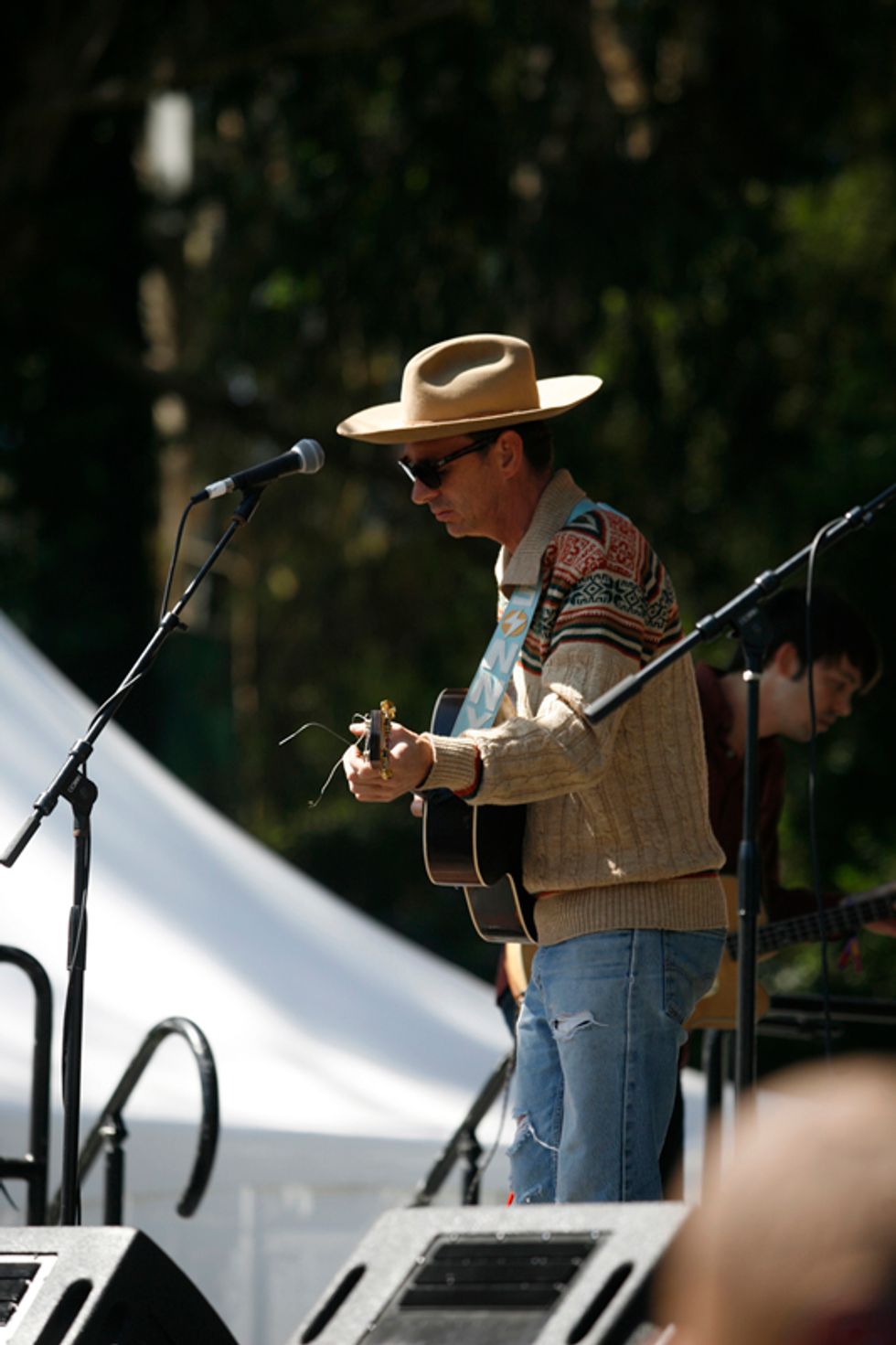 "I declare the sun officially out," announced singer Sonny Smith. And it was. Just as the clouds vanished from the sky over the park, San Francisco's Sonny & The Sunsets began to croon and strum. People laid on blankets, others did handstands, and still more busted out mellow dance moves. The mood was ecstatic and the band did a heck of a job egging it on.

Their spontaneous, charming and laid-back-California style of Nuggets-era rock n' roll graced the Panhandle stage (which is completely solar-powered) and was showcased excellently in songs like "Home and Exile", the silly storytelling of "Planet of Women", the plaintive ode "Too Young To Burn", and "Teenage Thugs". And it's just the thing you need on a gorgeous day–not a robotic set played by a band that's too cool to let loose.

The band, which has had a huge past year and a half (even their drummer Kelley Stoltz had his own Outside Lands set yesterday!), spun a set that ran the gamut of their first album Tomorrow Is Alright to their latest, Hit After Hit, and there is not a bad song in the bunch. As soon as they said goodbye, the crowd filed away onto the next big attraction–all the better having had their spirits lifted by one of the most endearing bands our little city has.