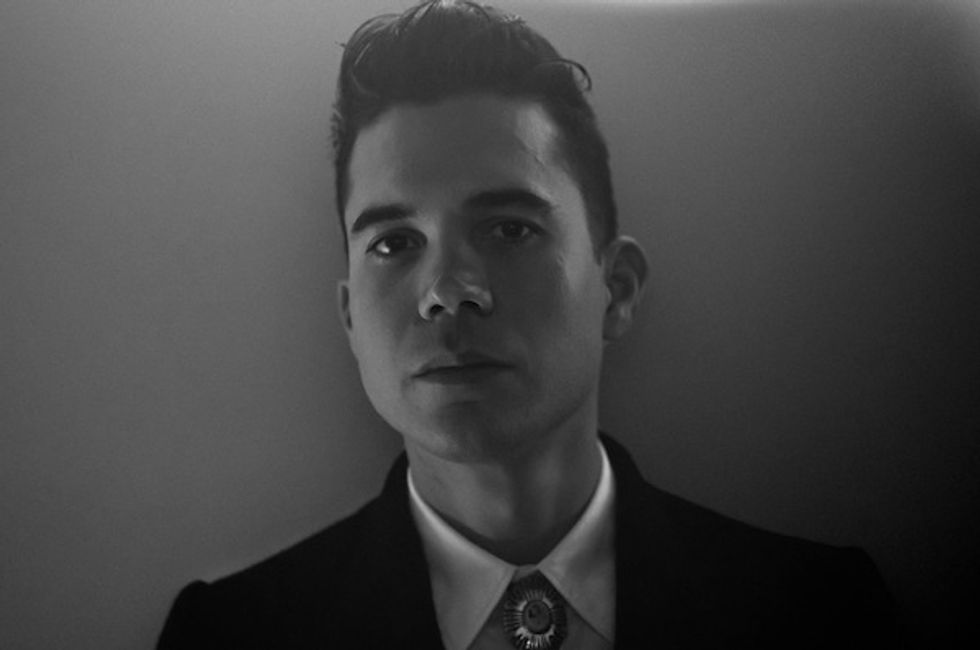 Ah, New Year's Eve–San Francisco's favorite holiday (with Halloween in a close second place, of course). New Year's Eve parties in San Francisco tend to be large, pricy costume-party affairs, with big-name, mass-appeal talent taking the stage: think masquerade ball, not dance party. However, another party circuit starts bright and early on New Year's Day (often at 6AM), featuring the lesser-known, dancefloor-centric DJs and artists that are the Party Blotter bread & butter. For that reason, there's only one NYE party featured below–the rest begin early New Year's Day and continue well into the afternoon, some going all night. So whether you're rising bright and early or staying up all night, plan to ring in the New Year with mimosas and excellent music. See you on the dancefloor!

For several years running, Honey Soundsystem has joined forces with Sunset Soundsystem to host a full-club New Year's Eve extravaganza at Public Works. This year's special guest is Matthew Dear, an electronic musician who wears many hats–DJ, producer, band-leader, and vocalist, among others. Dear began his career producing minimal techno of the kind in vogue in the early 2000s: tightly wound, bouncy, and funky. As time went on, his sound became more and more "maximal"–releasing unabashed big-room floor burners as Audion, for example–and eventually began incorporating pop elements, including his own vocals. His most recent work, recorded with a full band, sounds more like Apparat or Radiohead than Ricardo Villalobos, but for this party, Dear will leave the band behind and man the decks himself. As a DJ, Dear keeps the energy level high while throwing in the occasional leftfield techno tune to keep things interesting. The Honey residents (P-Play, Josh Cheon, Jason Kendig, and Robot Hustle) and the Sunset residents (Solar and Galen)–some of the city's most eclectic and experienced DJs–will open and close the party. Add in the custom lighting rig that is built from the ground up for this party every year, and you have yourself a no-brainer: if you want to hit the dancefloor on New Year's Eve, this is the only place to be. RSVP on Facebook for more information and purchase presales on Eventbrite. 9pm - 4am, $30 presales, $40+ at the door.

2014 marks the third iteration of the Space Cowboys' massive all-day block party at Mighty, Breakfast of Champions. The Space Cowboys are a San Francisco-based collective of artists, musicians, DJs, creators, and tinkerers who met and began collaborating at (where else?) Burning Man quite some time ago. Breakfast of Champions (a double entendre: this party is a food drive, too!) begins at 6AM on New Year's Day, and encompasses not just Mighty, the club, but a large chunk of Utah Street. They're taking over both rooms inside Mighty, but there are also two tented outdoor stages, food vendors, and ample outdoor seating–this is a true block party. Music-wise, there's a dizzying array of local talent, too much to list here, most of whom are affiliated with various Burning Man music camps. Special guests are promised, too, so who knows exactly who's going to show up. As mentioned previously, this party is also a food drive and fundraiser for the San Francisco and Marin Food Banks. If you aren't arriving from a party the night before, show up with some cans of food or some cash for the food banks–partying is fun, but partying for a good cause is even better. RSVP on Facebook for more information and, if you're planning on attending, purchasing a presale ticket is wise, since it will allow you smoother and faster entry. 6am till 6pm or later, $25 presales, $30+ at the door.

New Year's Day means No Way Back teams up with Honey Soundsystem to bring you an early-morning-till-afternoon disco bash at Monarch. This year, the special guest is Hunee, the LA-by-way-of-Berlin-based producer and DJ who effortlessly blends the funk of modern disco with the groove of deep house and the thump of Detroit techno. Joining him is a veritable who's-who of the San Francisco DJ scene: Josh Cheon, P-Play, Jason Kendig, Robot Hustle (Honey), Solar, Conor (No Way Back), James Glass, C.L.A.W.S., 40 Thieves, Jeffrey Sfire, Tasho and Richard Byrd. The heavily-stacked lineup (not to mention the kick-off time) gives this party the feeling of something like a free-for-all, and it's uproariously fun. The cavernous downstairs at Monarch will be transformed by Donovan Drummond's LightsOut! LightShow! and is guaranteed to make you forget that you're going crazy on a dancefloor at 11AM on a Wednesday. Like most other New Year's Day parties, this one gets started at 6AM but winds down in the mid afternoon, so arrive early for maximum dancefloor devastation. RSVP on Facebook for more information and purchase presales via Resident Advisor. 6am til whenever, $15 presales, $20 at the door.

Sunset's New Years Day extravaganzas have been one of San Francisco's longest-running party traditions. Sadly, 2014 marks the end of this tradition, as Cafe Cocomo, the indoor/outdoor club that has hosted the event for many years, is being razed later in the year to make way for something San Francisco desperately needs more of–luxury condominiums. The party is going out in a big, big way, however, as they're bringing in house music godfather Lil Louis, a Chicago-based producer and DJ who has been active in the scene since the mid-80s. Louis knows the classics inside and out, and since this party will serve as something of a farewell to Cocomo, you can rest assured you'll hear a lot of favorites. Joining him are the Sunset and Stompy residents: J-Bird, Galen, Solar, Tasho, Deron and Sweet P, who will keep the floor bumping until Lil Louis tears it up. Unlike the other NYD parties, this one begins in the afternoon, at 2PM–which means it's perfect for attending after a mid-day restorative cat nap–and goes until 2AM Thursday morning. RSVP on Facebook for more information. 2pm - 2am, $10 before 5pm, $20 after.

Housepitality's New Year's Day bash is a 22-hour everything-plus-the-kitchen-sink blowout featuring an insane amount of DJs, a free glass of champagne (for presale ticket holders), and a "disco breakfast" to keep you ready to go for the rest of the day. The two featured guests operate on different wavelengths, but both fit right in to the Housepitality modus operandi. Doc Martin, from Los Angeles, is an American DJ wünderkind, the stuff legends are made of: known for 6-8 hour marathon sets, he is one of the only West Coast DJs to have held residencies in New York City and has collaborated and worked with nearly everyone who's everyone. He's booked for a 4-hour set this time around, which will no doubt be something special, and will likely run the gamut from techno, house, funk, garage, soul, disco plus everything in between. Joining him is Heartthrob, a Berlin-based producer who has released a steady stream of 12"s on Richie Hawtin's M_nus label, all of which feature his particularly sexy take on minimal techno, pairing hypnotic synth leads with subliminal vocal samples and throbbing basslines. Once again, there's an enormous array of local DJ talent on offer–too many to list–who will keep the party bumping throughout its remarkable 22-hour lifespan. One nice feature of this massive party is that ins & outs are allowed as long as you keep your wristband, so you can stop in during the morning, grab a drink and a bite, dance it off–then go home, nap it out, and come back in and do it all over again. RSVP on Facebook for more information and purchase presales via Eventbrite. 6am - 4am, $15-20 presales, $25 at the door.