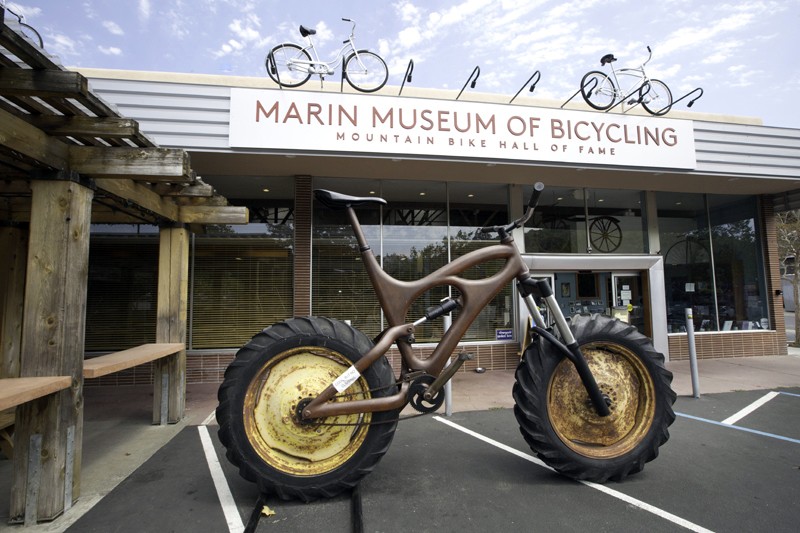 Previous Next
Yes, those are tractor wheels! 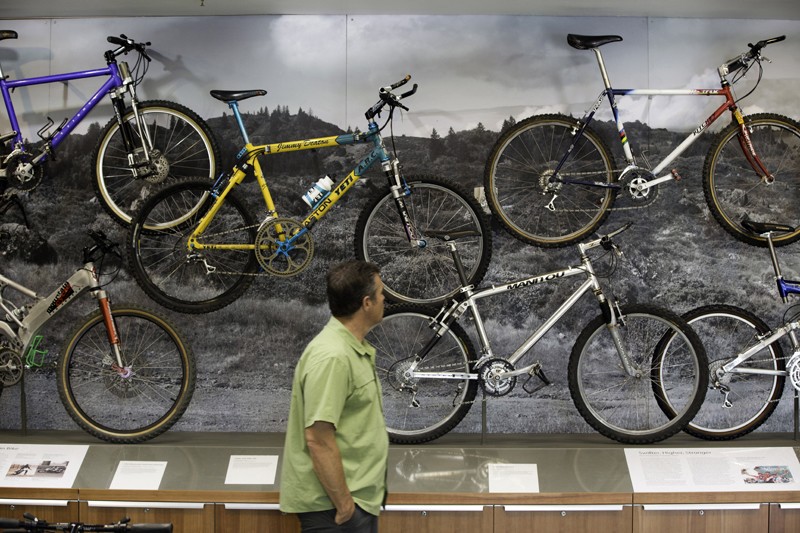 Previous Next
The Mt Bike Hall of Fame 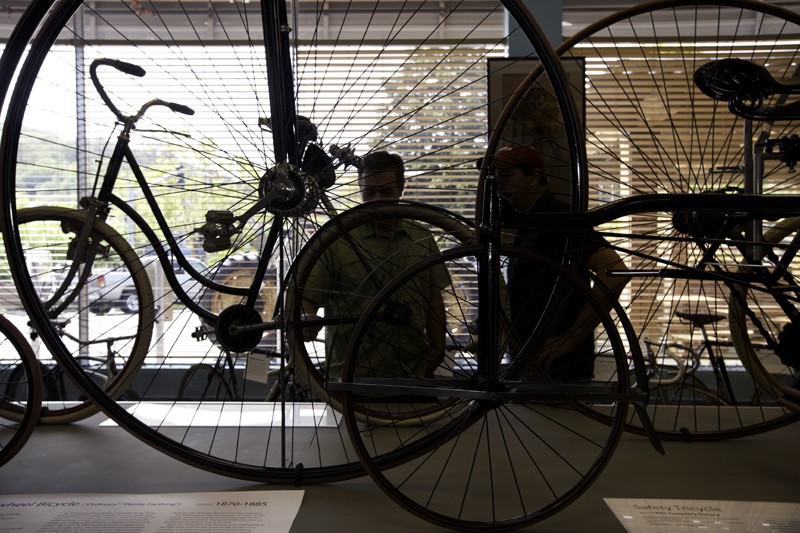 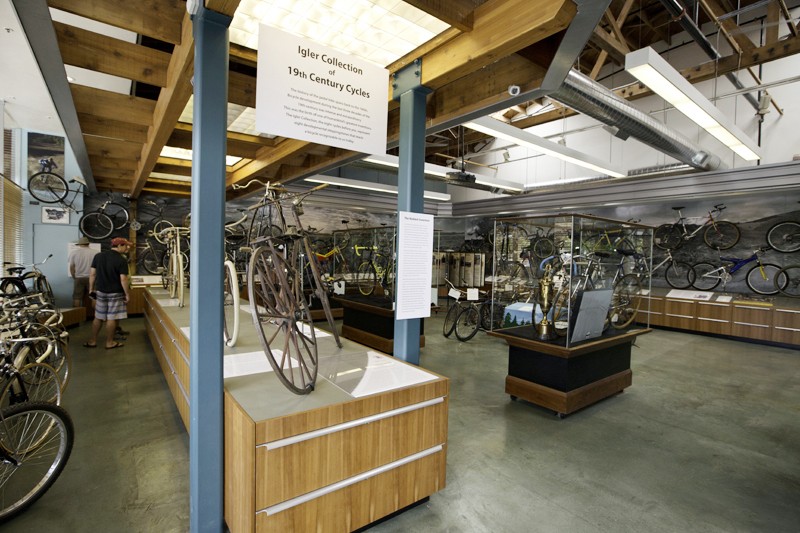 Previous Next
The entry display of the museum. 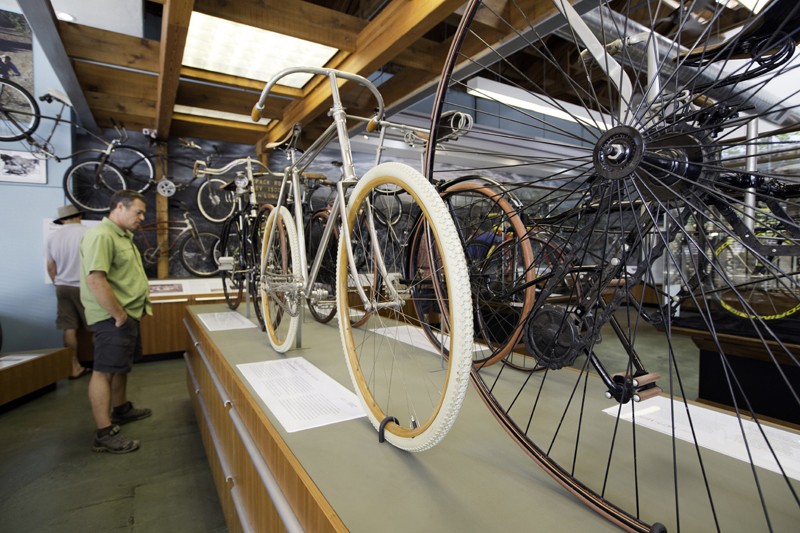 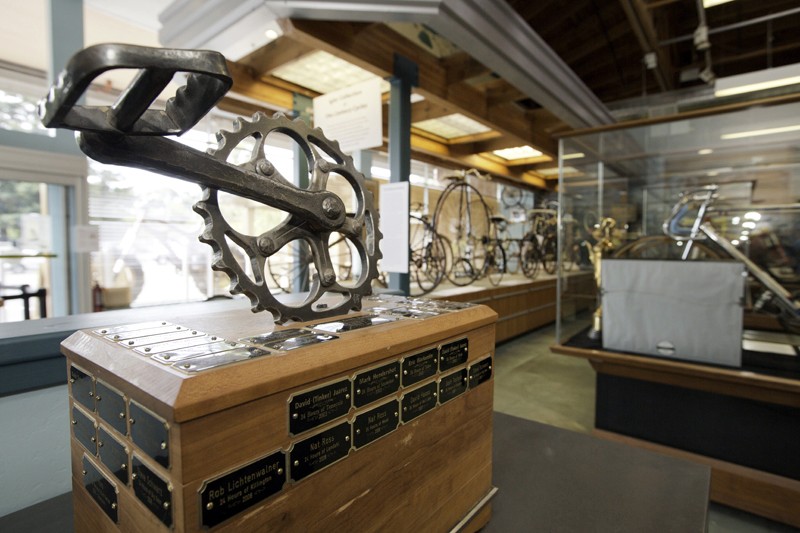 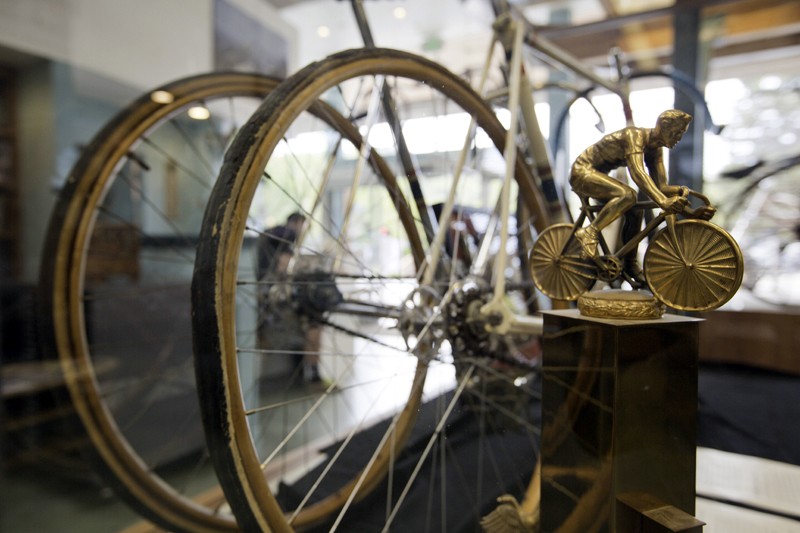 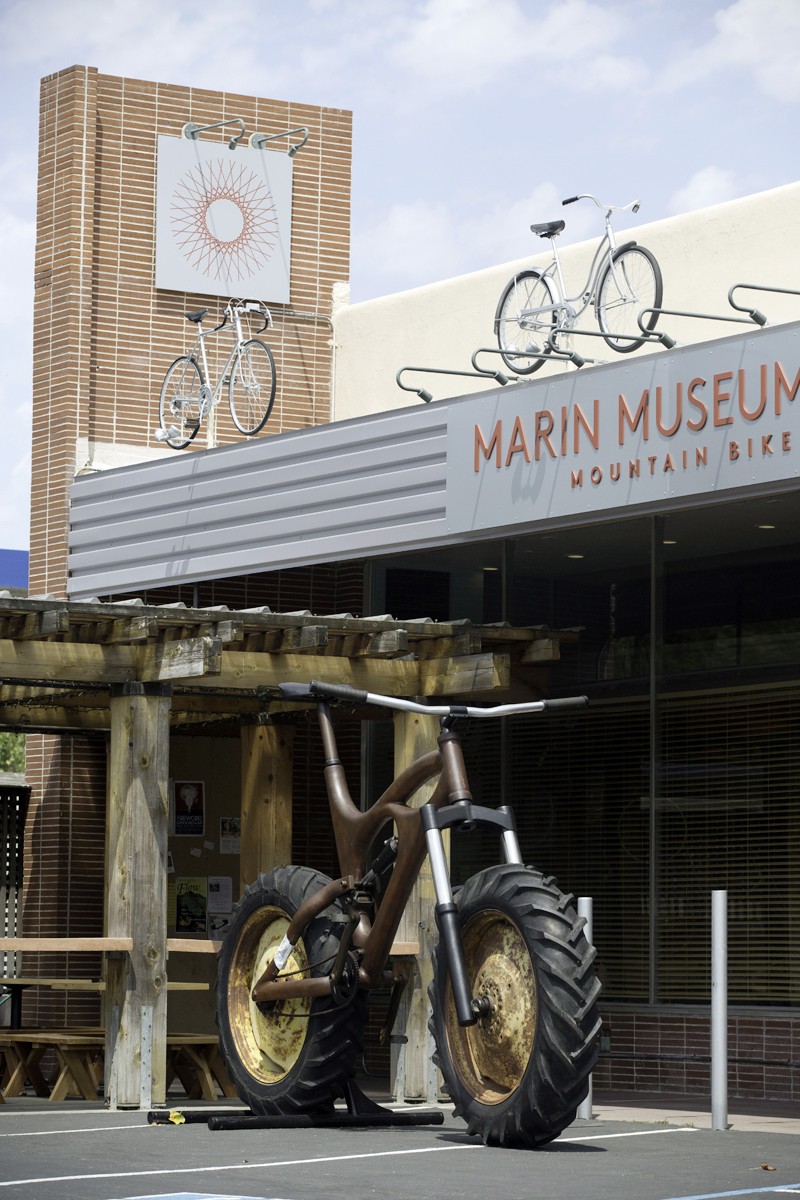 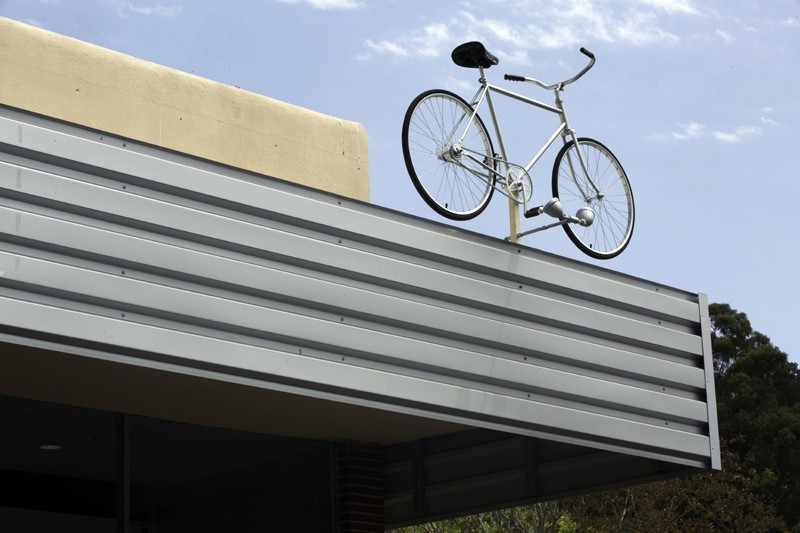 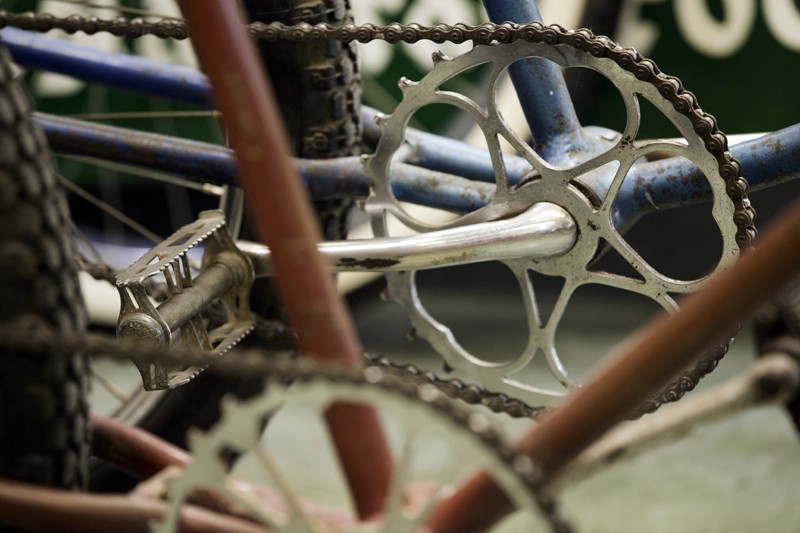 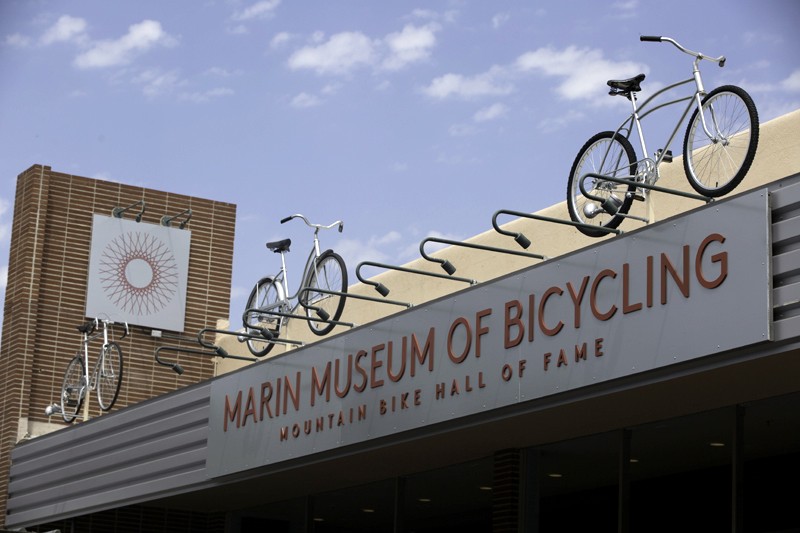 Previous Next
Outside signage 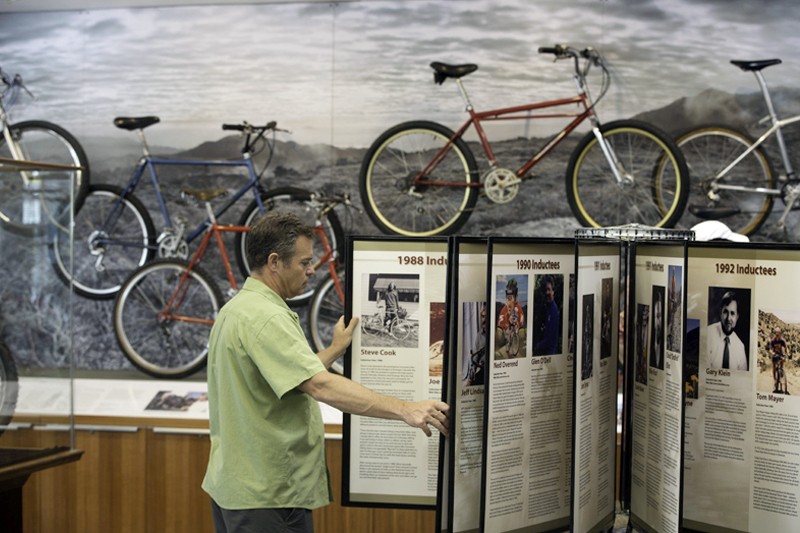 Previous Next
A patron browses the Hall of Fame. 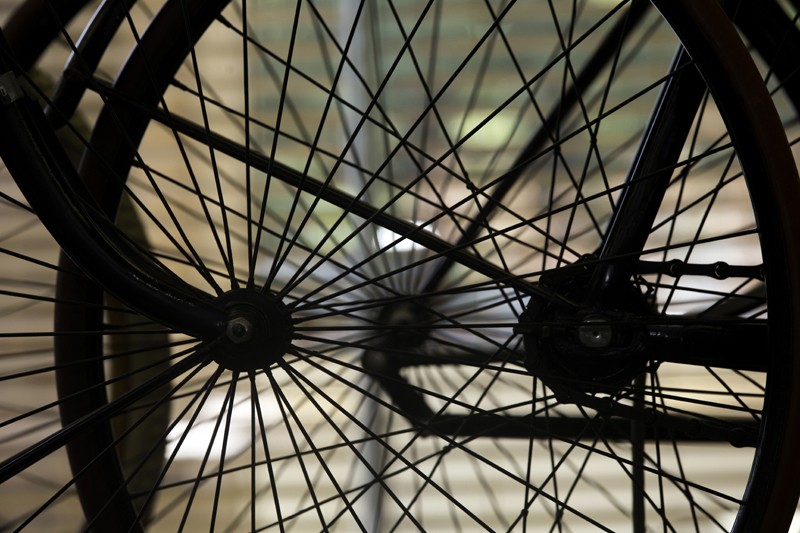 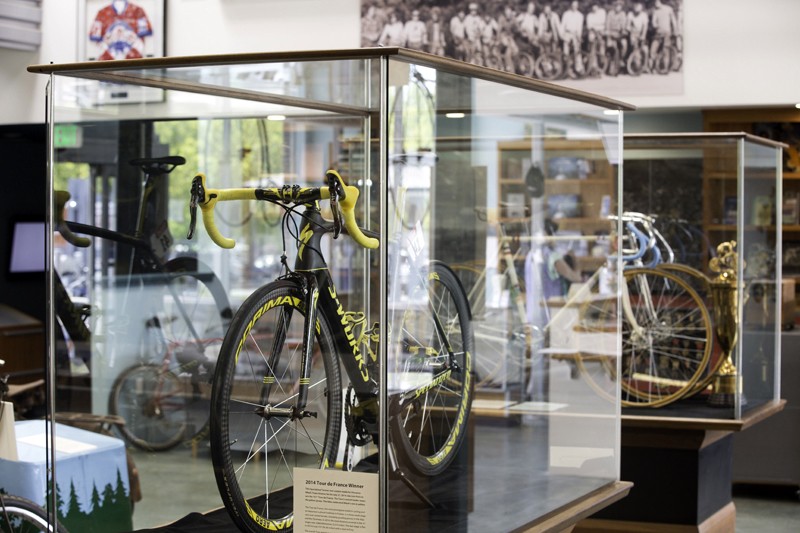 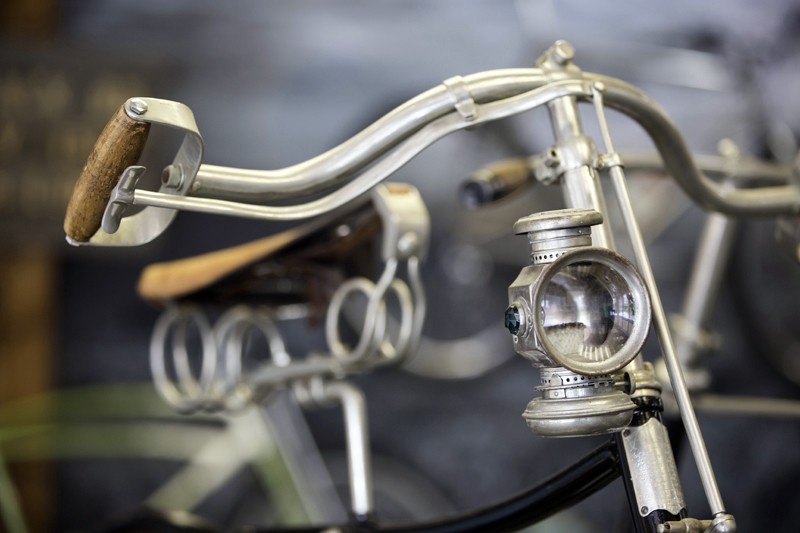 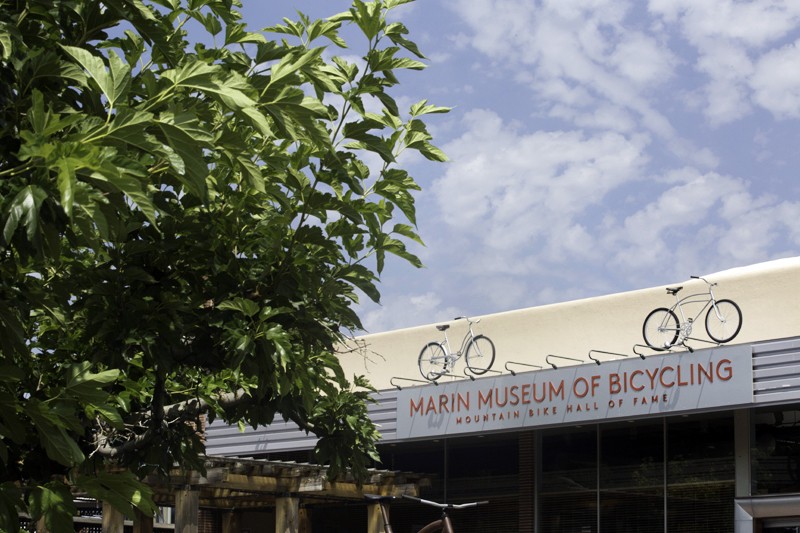 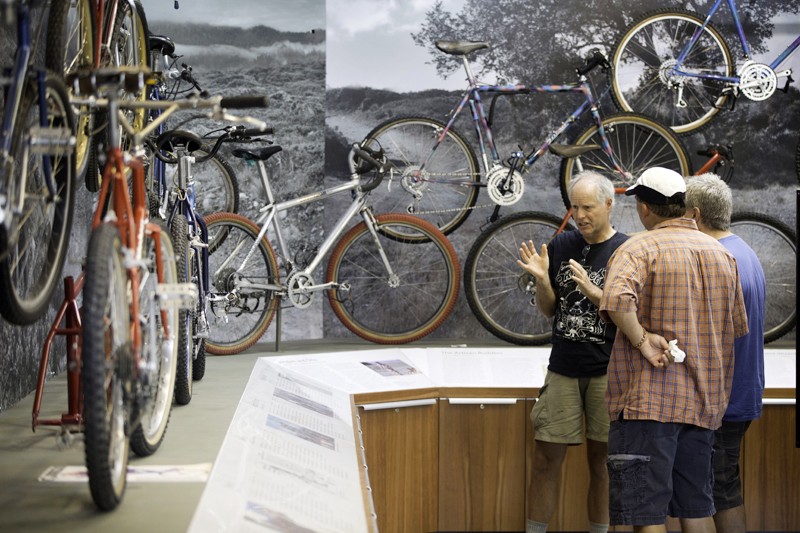 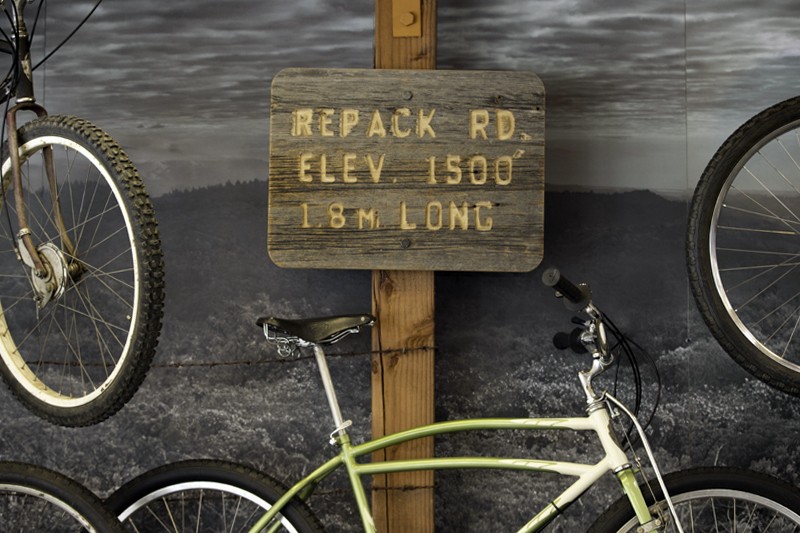 You've probably passed by Fairfax's Marin Museum of Bicycling and  Mountain Bike Hall of Fame a jillion times. It's time to stop in.

The 3,000-square-foot museum chronicles centuries of cycling history through its display of bikes that back as far as 1868, including the bike that won the 2014 Tour de France. Enthusiasts will also find samples of the first chain drives, pneumatic tires, and diamond frames.

So why here? Well, most locals know that Mt. Tamalpais is generally regarded as the birthplace of the mountain bike. But not many quite know why.

In the late 1960s and early 1970s, a group of Marin teenagers, known as the Larkspur Canyon Gang, rode 1930s and '40s single-speed balloon tire bikes on Mt. Tam and through Larkspur's Baltimore Canyon. Their exploits and attitudes earned them status as local legends and spawned the birth of mountain biking. Now, go see it for yourself!