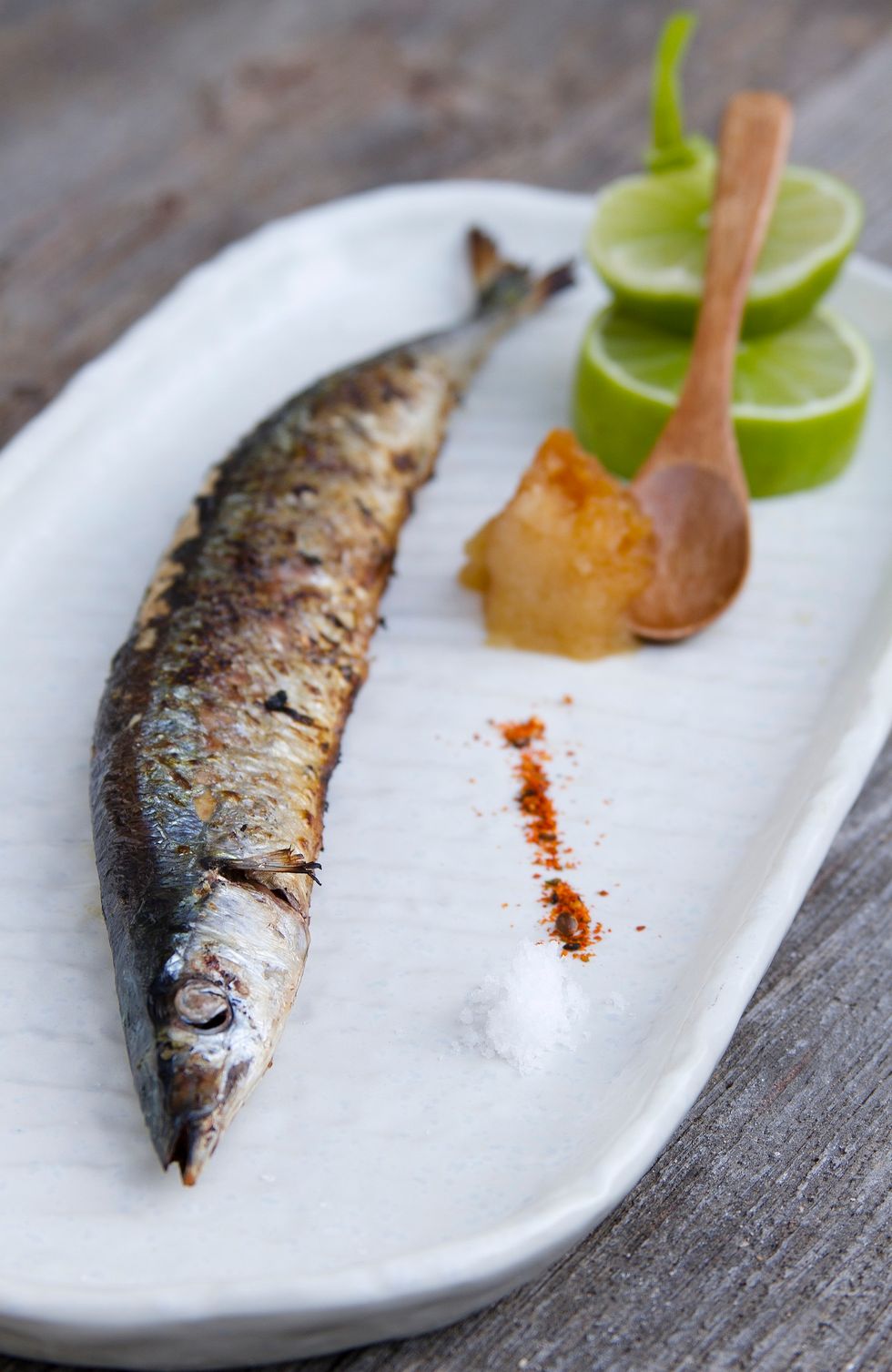 A few years ago, nobody around here knew what an izakaya was. The Japanese word literally means "sitting in a sake shop," but it's evolved to encompasses all manner of casual Japanese eating and drinking establishment. Now San Francisco has been hit with a slew of izakayas in the past year or two. We've got Nombe, Nojo, Hecho and Chotto. All of them have simply grilled, seasoned meats that are served on skewers; some have traditional sushi as well. There's also a sustainably minded izakaya called Ki on the way in the Mission. And Sebo, a sushi spot that's long been devoted to the highest quality raw fish, has recently expanded its menu to include cooked items, making it more of an izakaya-type hangout.

So by now, even those who don't have a clue what "izakaya" means, have probably eaten at one. We sat down with two of our city's successful Japanese chefs, Hiro Sone of Ame and Mari Takahashi of Nombe, for a long-overdue schooling in all things izakaya. Here you'll get the male and female perspective on what it all means.

So "izakaya" literally means "sitting in a sake shop?"

Hiro: In Japanese, "iru" means "stay" and "sakaya" means "sake shop." So the direct translation of this word is "staying at sake shop." Back in the Edo period, sake shops started to serve shoppers sake and some quick snacks. It caught on and they started calling these special sake shops "izakaya" to differentiate from regular sake shops. Now the shop part of izakaya is almost gone in Japan. What remains is a very casual drinking and eating place, just like an enoteca in Italy.

Mari: Traditionally, izakayas served to men who went there on the way home from work. They started to build franchised, huge izakayas in the 80s as more women started to go. Some started to serve more Western items to differentiate. Now there are low-end, mostly franchised izakayas and high-end izakayas serving premium drinks and creative items. Trendy izakayas are now called "Dining Bars" in Japan.

Is it normal to have creative cooked items that aren't served on skewers at an izakaya in Japan? Or is that a California creation?

Hiro: Many izakayas in Japan are very creative, you will find all kinds of influences on their menu. They also often have a variety of offal dishes. American people use the word izakaya to signify a Japanese joint; but in Japan today, it's just a casual joint including French bistros, casual Italian trattorias, Spanish tapas places. We call them all izakayas. Of course there are very traditional places as well.

Mari: Yes, it's normal to have creative items. Most items are actually not skewered. Many izakayas create items that are unique to them so they are differentiated. Some serve more Western items such as housemade sausages, house-cured fish. Some serve very Japanese things like fish stew, housemade tofu and yuba.

What's the customary sequence for ordering things at an izakaya?

Hiro: There are no rules.

Mari: Japanese people don't eat rice or drink soup with alcohol. Starch is the last item eaten to sober up and settle your stomach. People often start the night with otsumami (light snacks) or edamame and beer while they decide what to order. Then they move on to salad, meat or fish items, sake and shochu. The finish up with onigiri (rice balls), ochazuke (green-tea-doused rice), miso soup and pickles.


Hiro: I think there is no such a thing. People who like to drink in Japan don't eat sweets, so usually you don't find dessert.

Mari: Japanese people, especially the young ones, eat many Western desserts. Mochi or traditional Japanese desserts were not common until recently. Now it's trendy. Japanese people use fresh fruit on cakes instead of baking them into cakes. The baked goods are light and not too sweet. Each restaurant picks its style. But you can find ice cream at most izakayas. Many people, especially men would not eat dessert at the end of the night. Instead they eat starch.

Why do you think izakayas are catching on so fast in San Francisco?

Hiro: The interesting thing I have found is that the izakayas in San Francisco opened by American chefs are a more traditional style than the ones Japanese chefs own. I think this is part of the process. Young talented American chefs are learning from masters in Japan to bring back true flavors to America, just like thirty years ago many American chefs went to France to study traditional French cuisine. Ten years ago it was Spain. Now the focus has changed to Japan. Another reason is the casualness. Izakayas usual offer small plates. You can taste so many different bites and its usually lighter fair.  It fits our San Francisco lifestyle now.

Still thrown off by some of the Japanese terms used above? Look out for our izakaya 101 coming up on Monday.