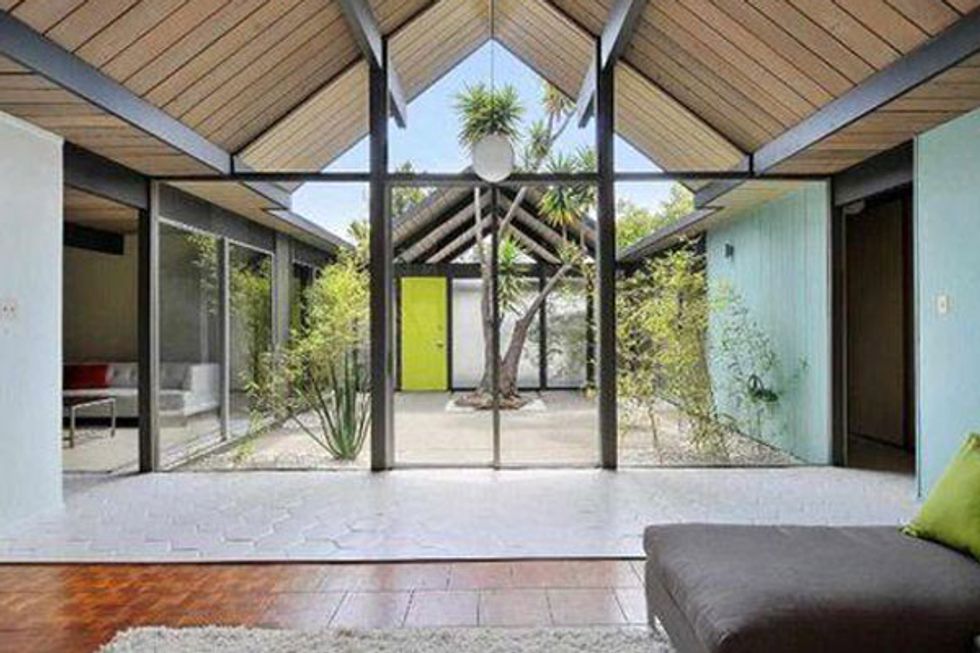 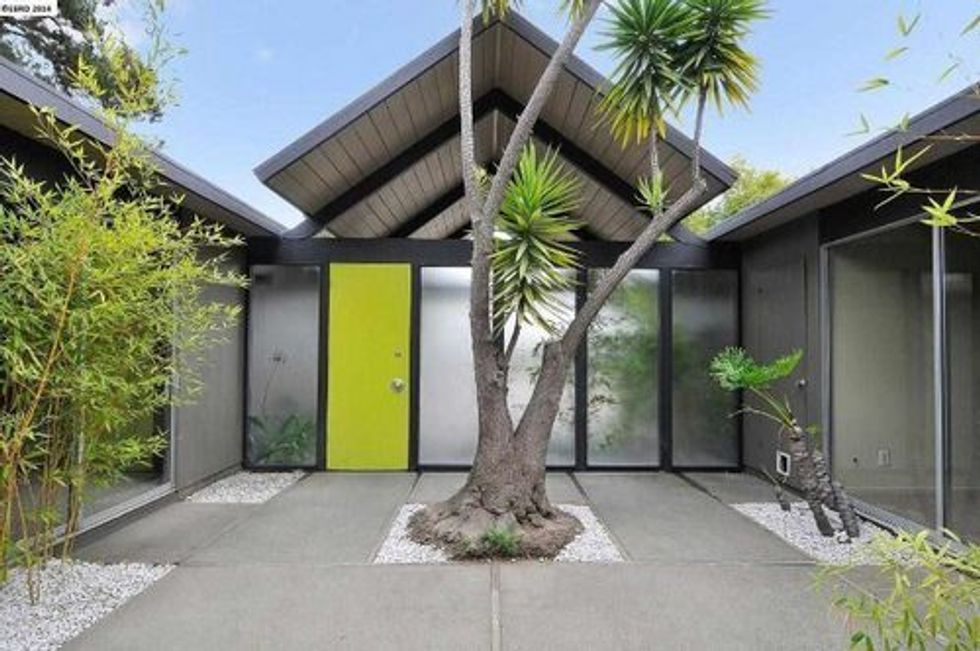 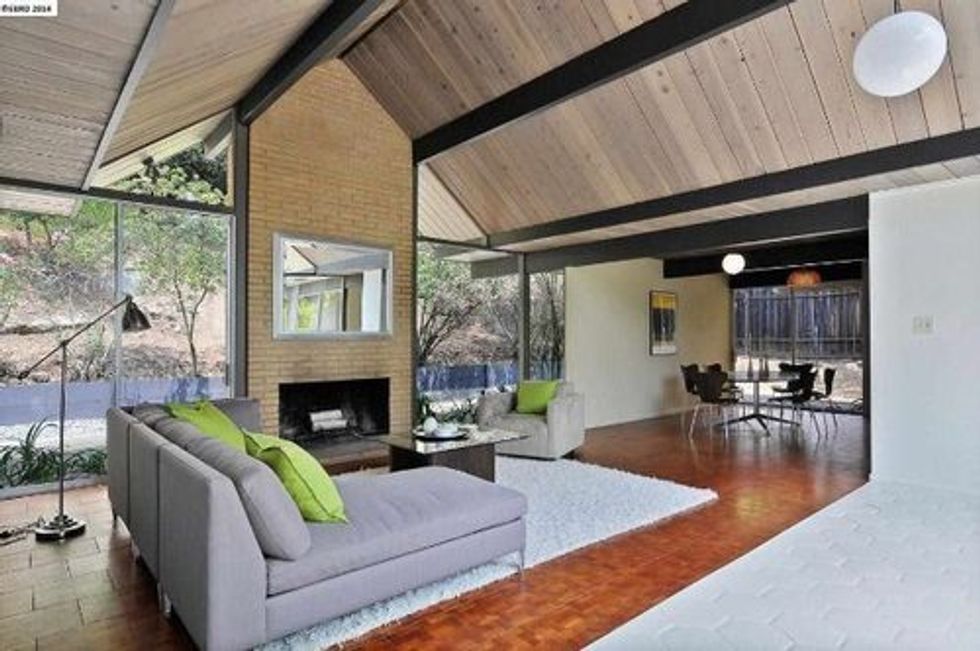 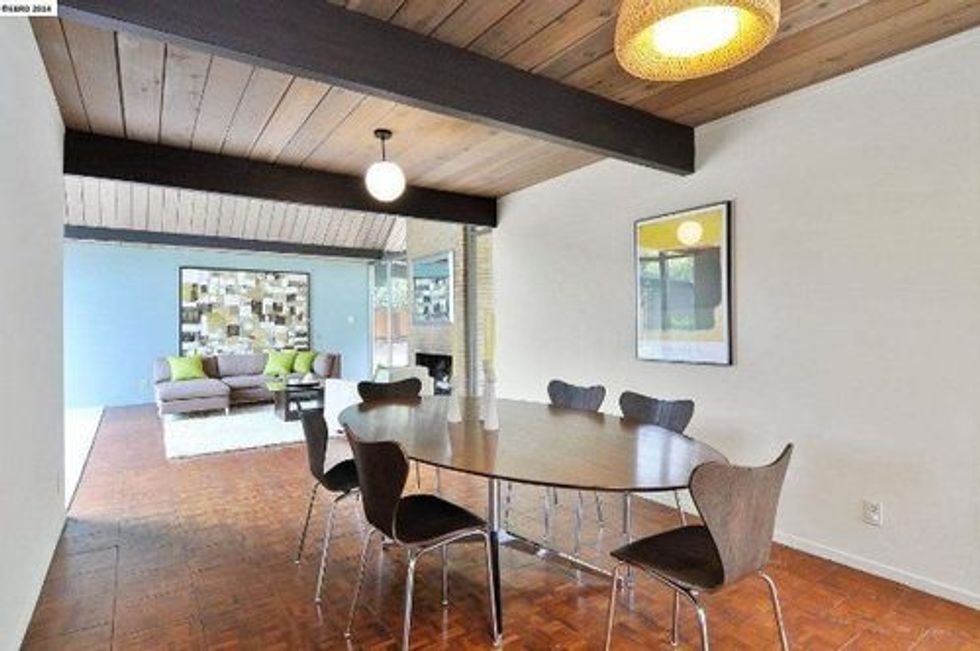 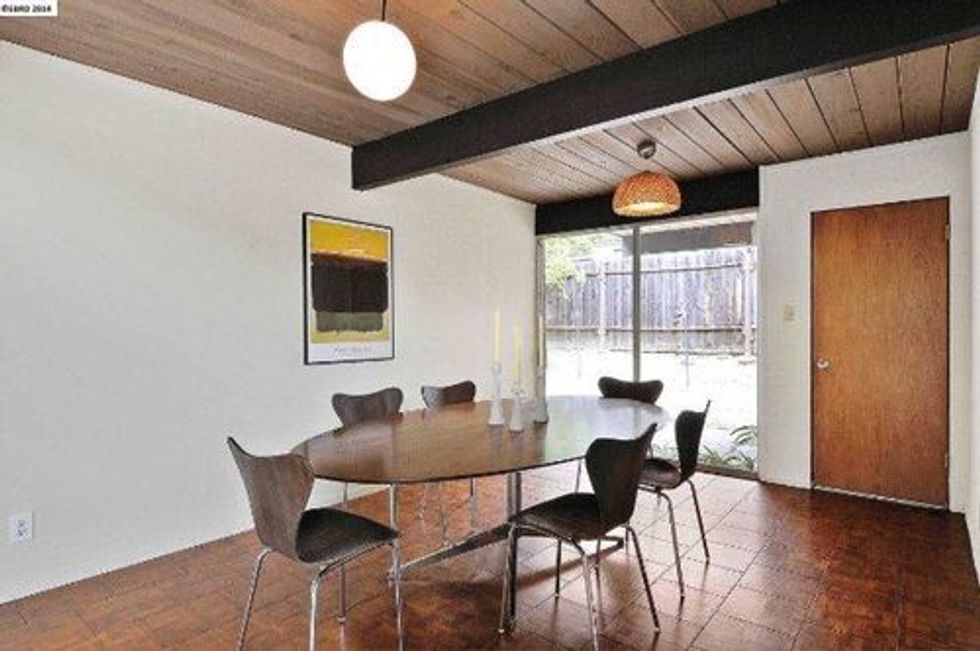 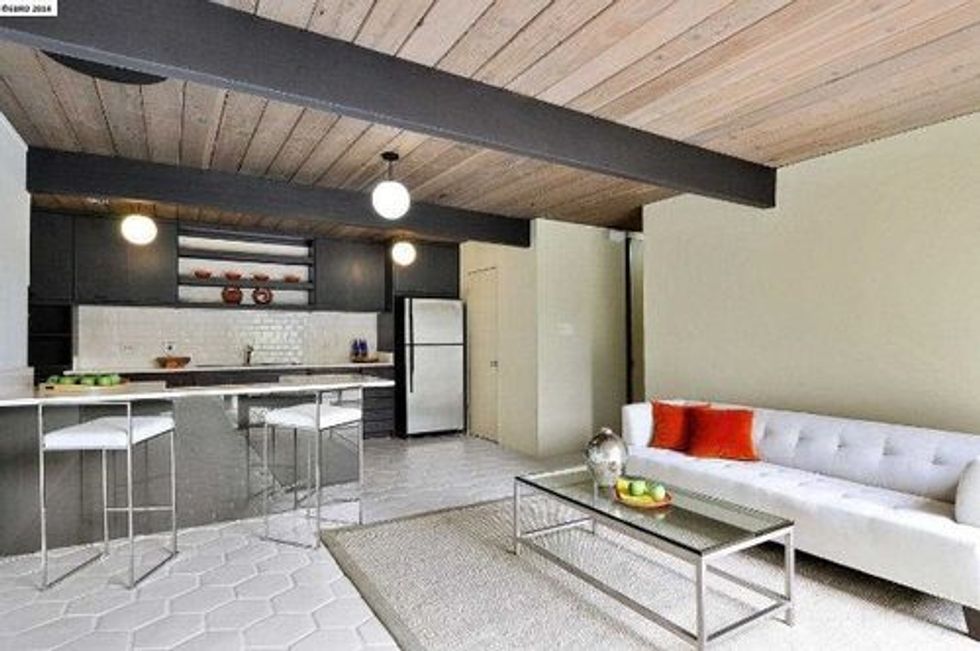 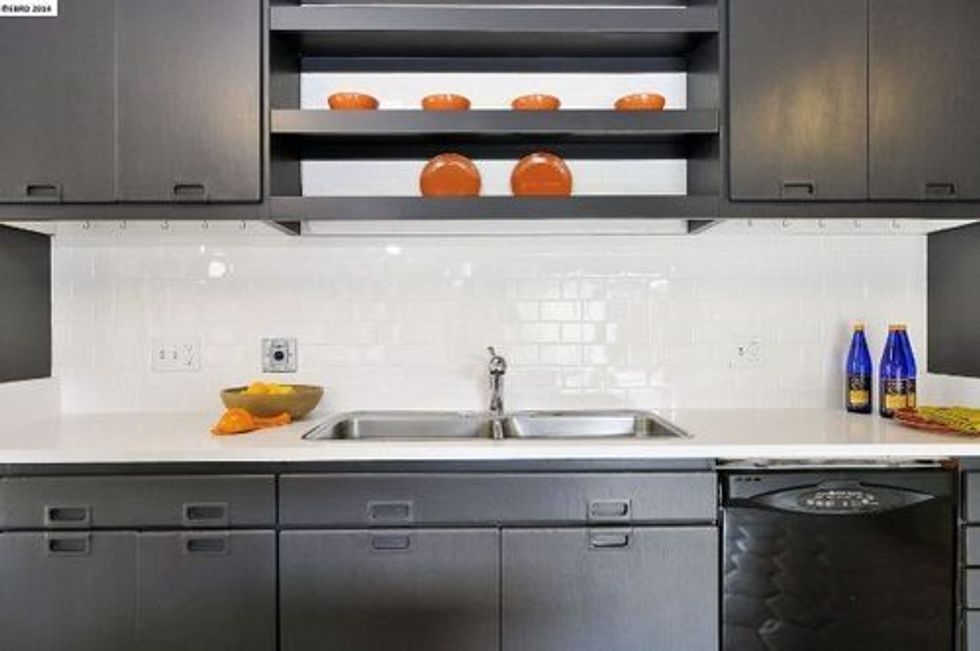 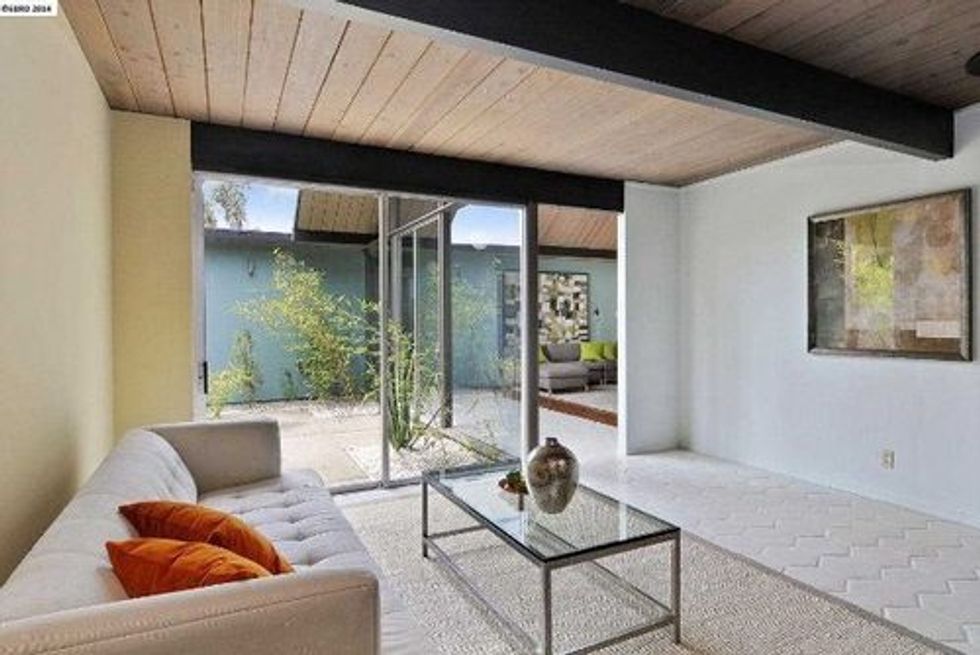 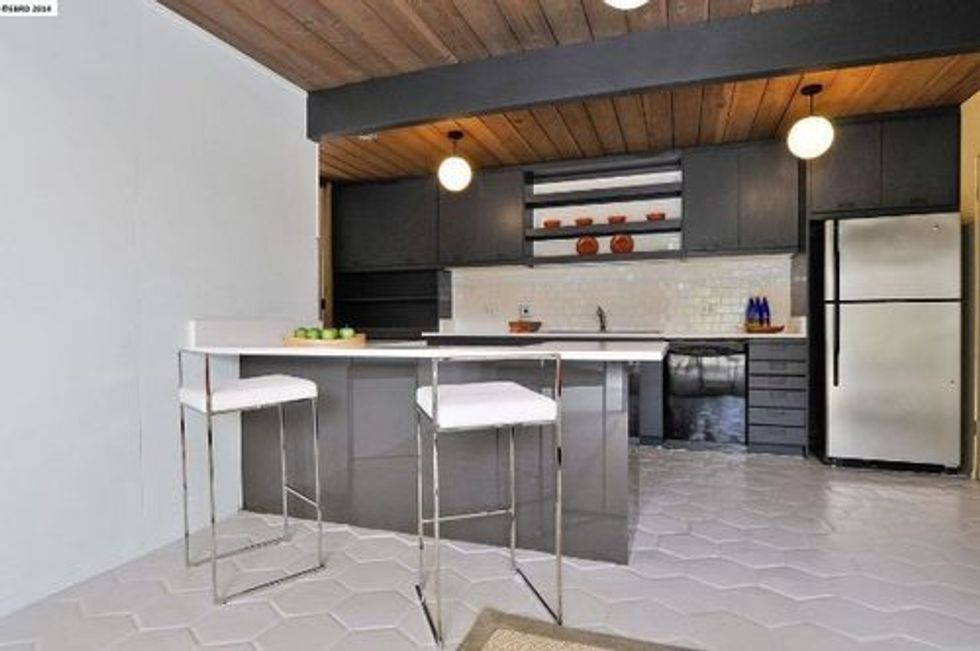 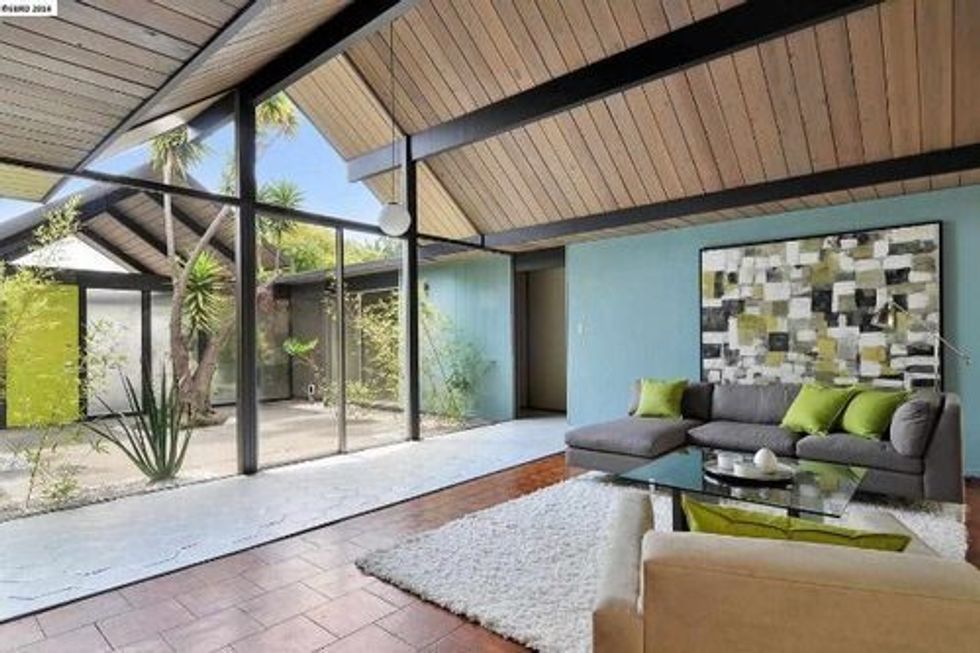 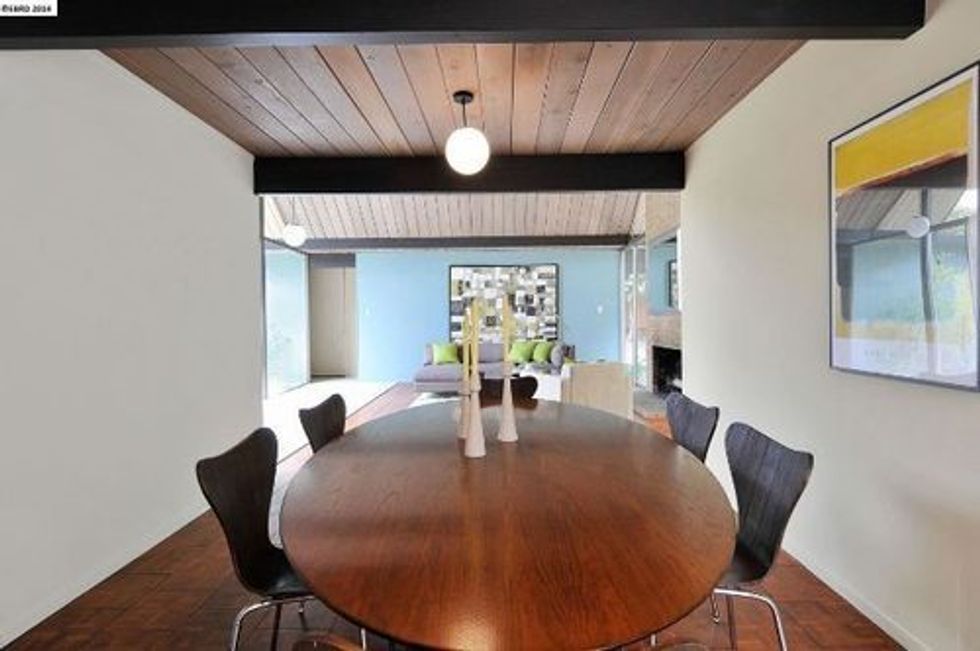 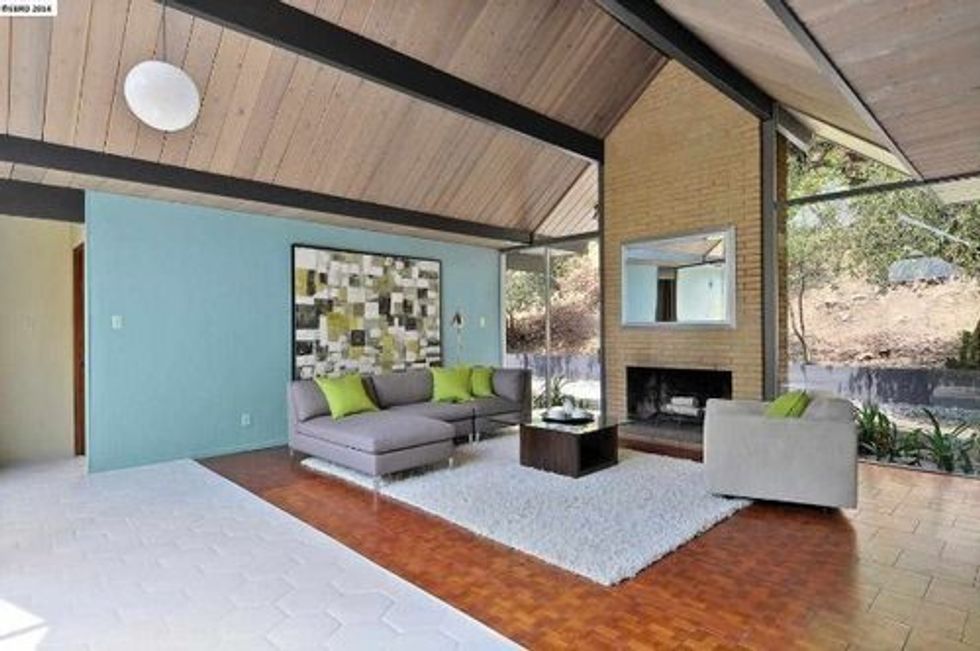 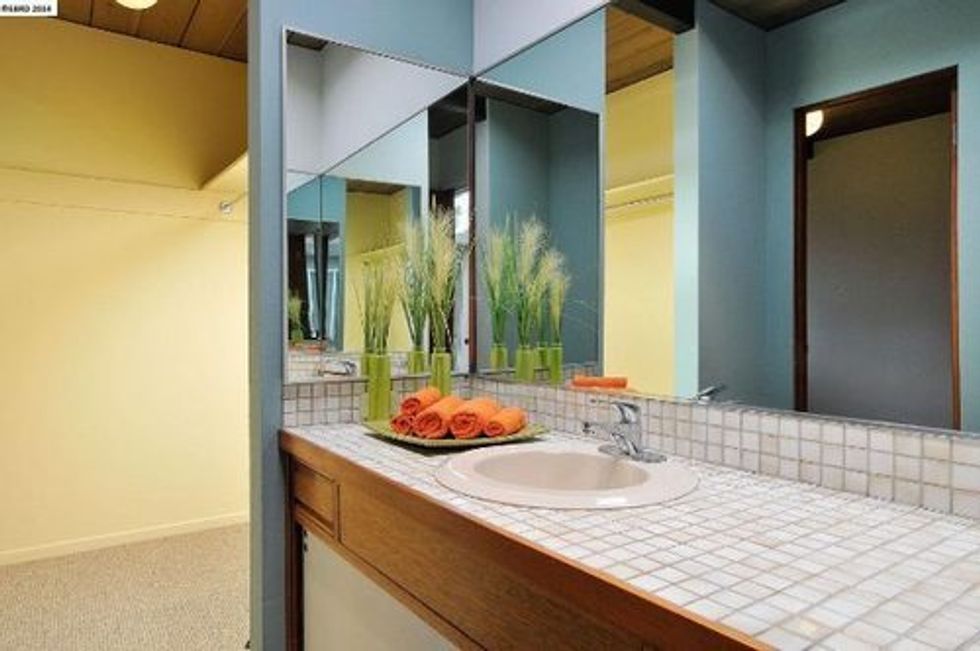 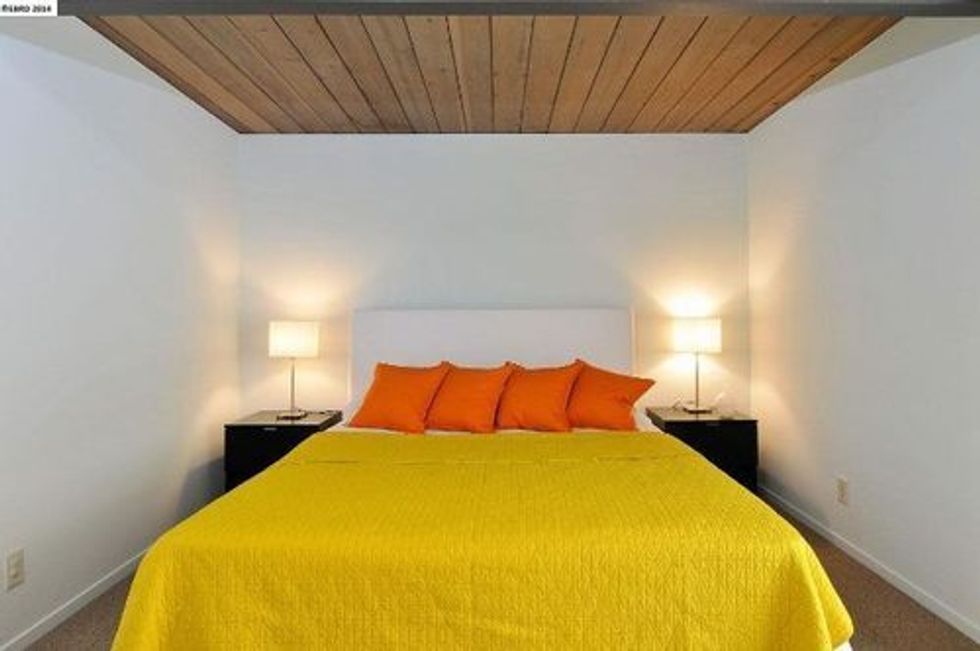 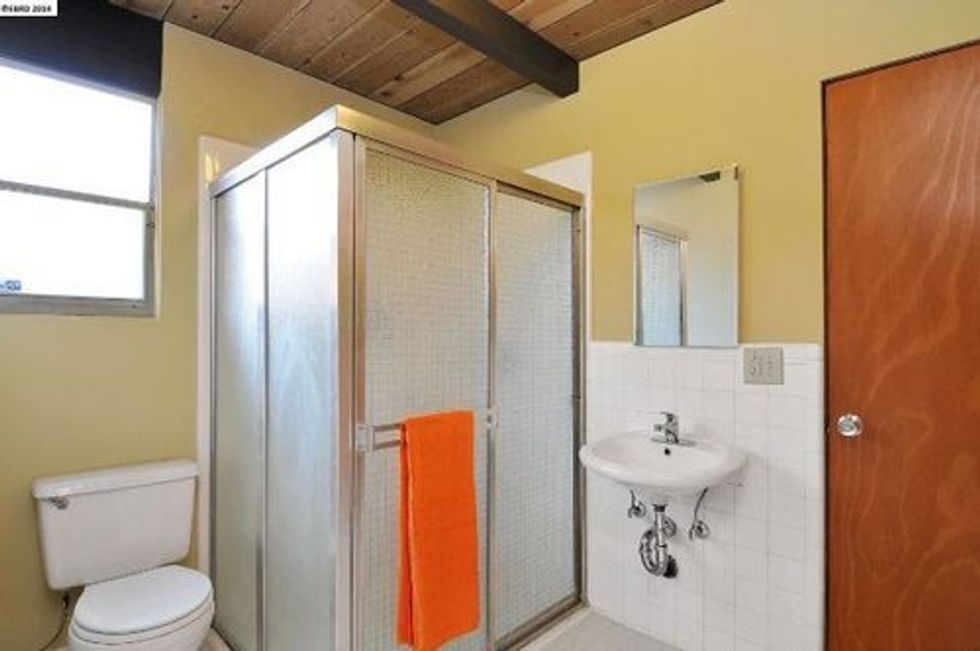 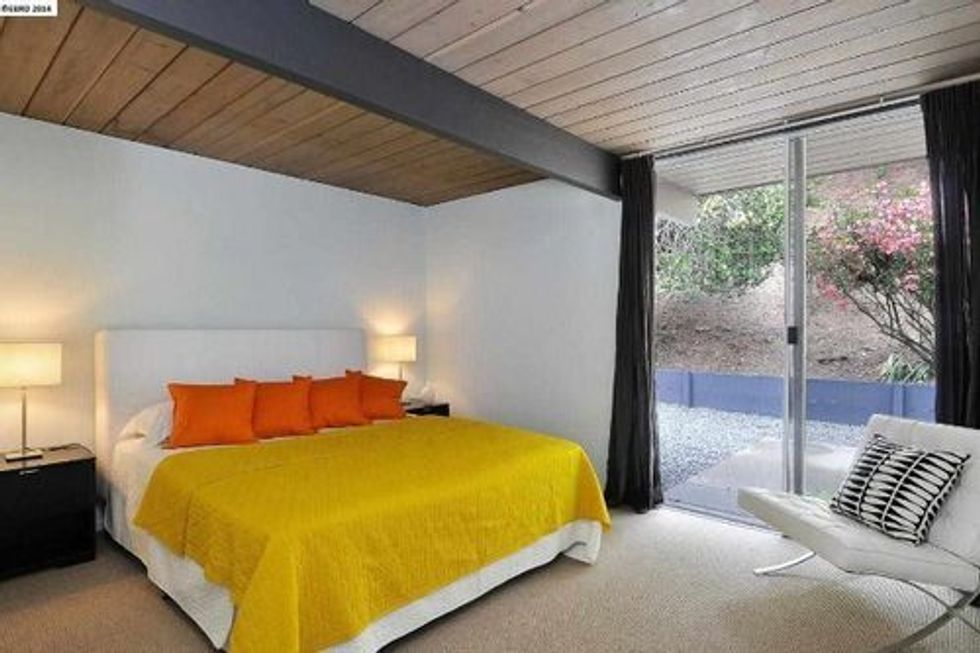 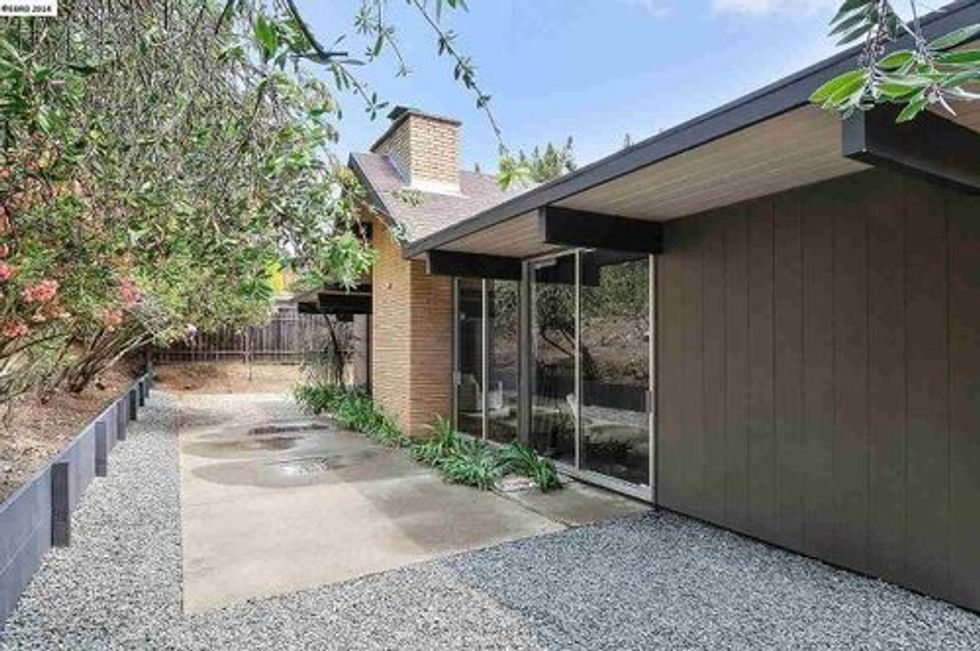 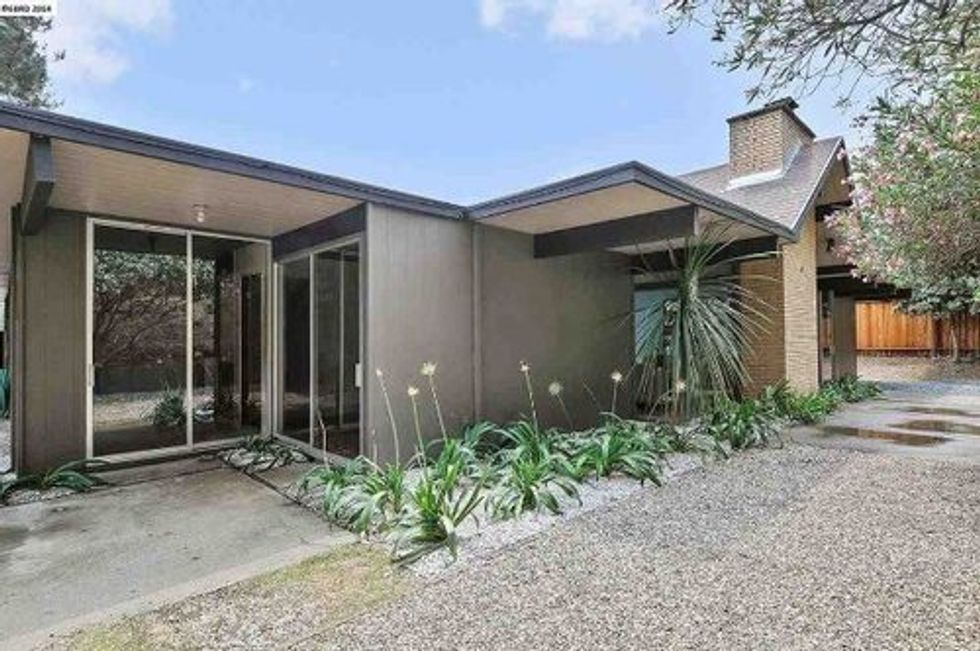 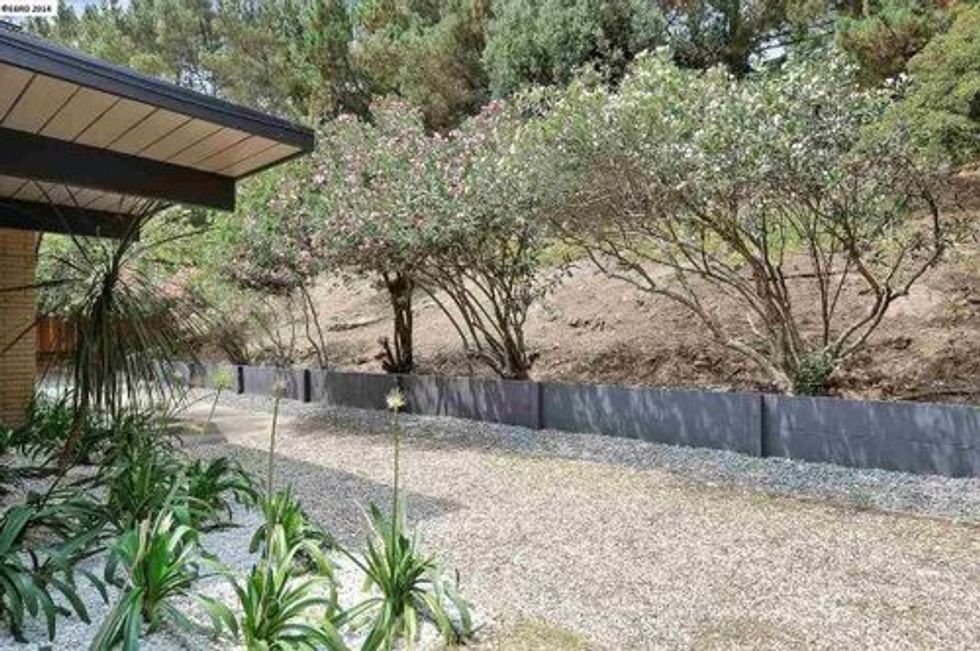 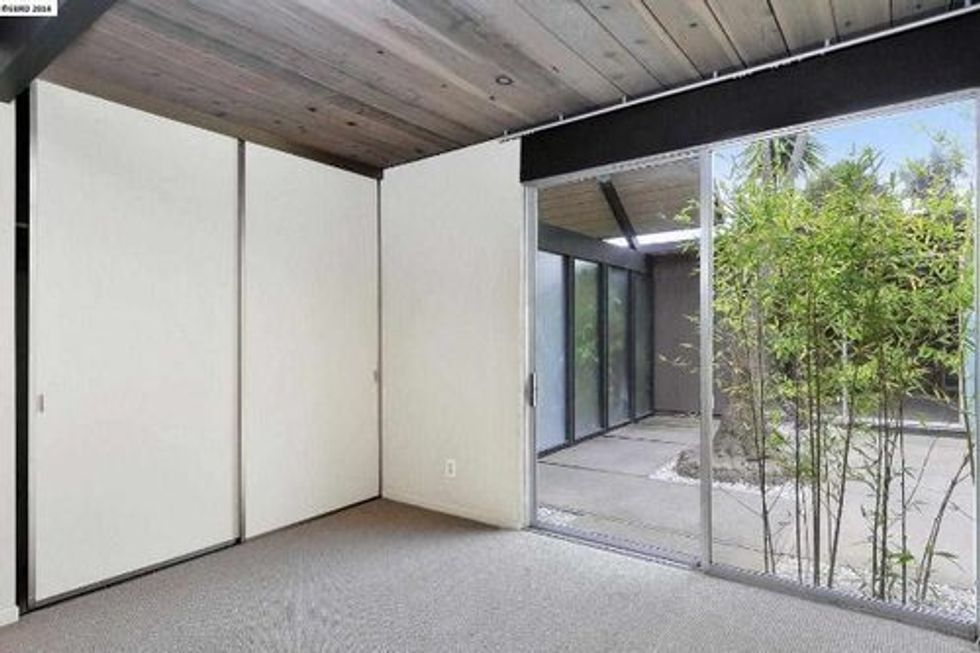 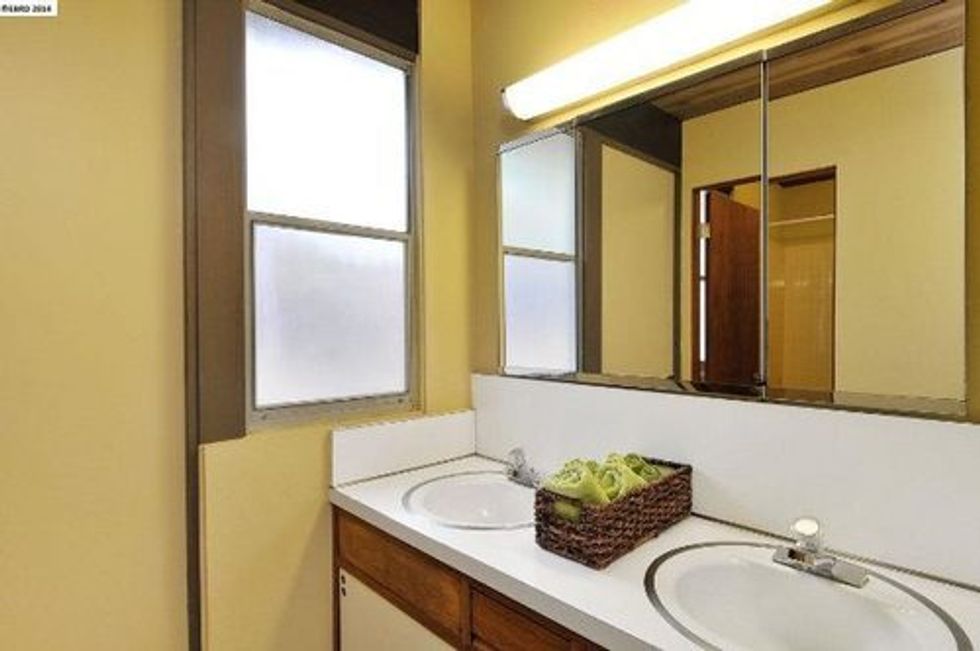 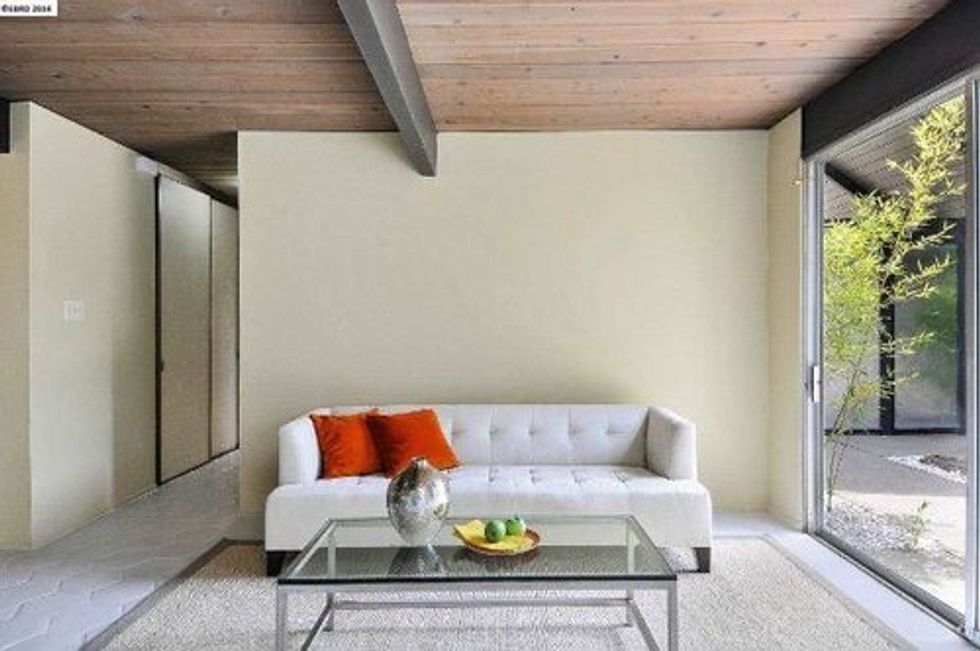 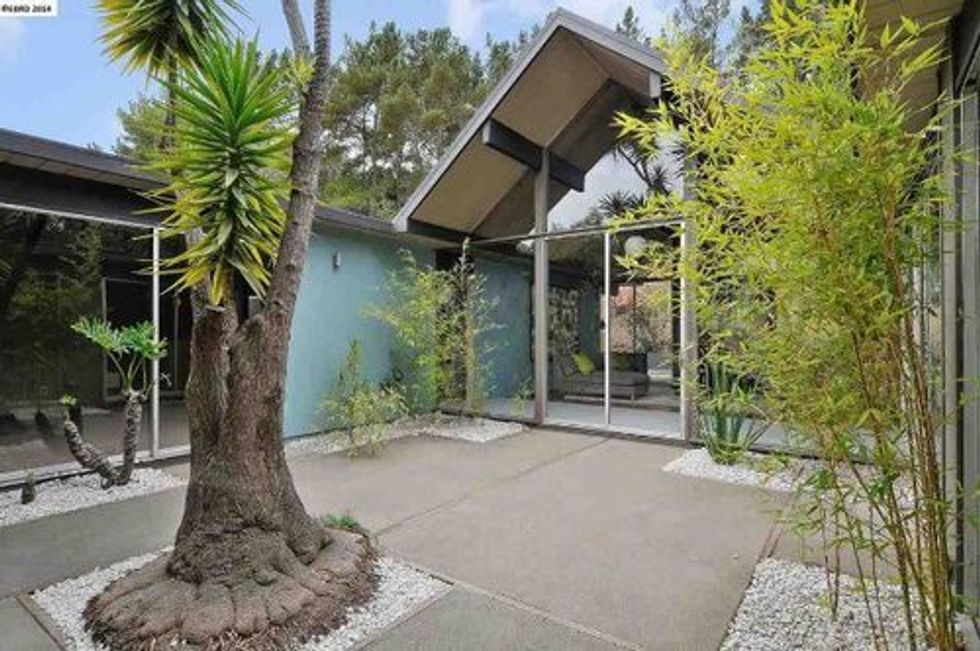 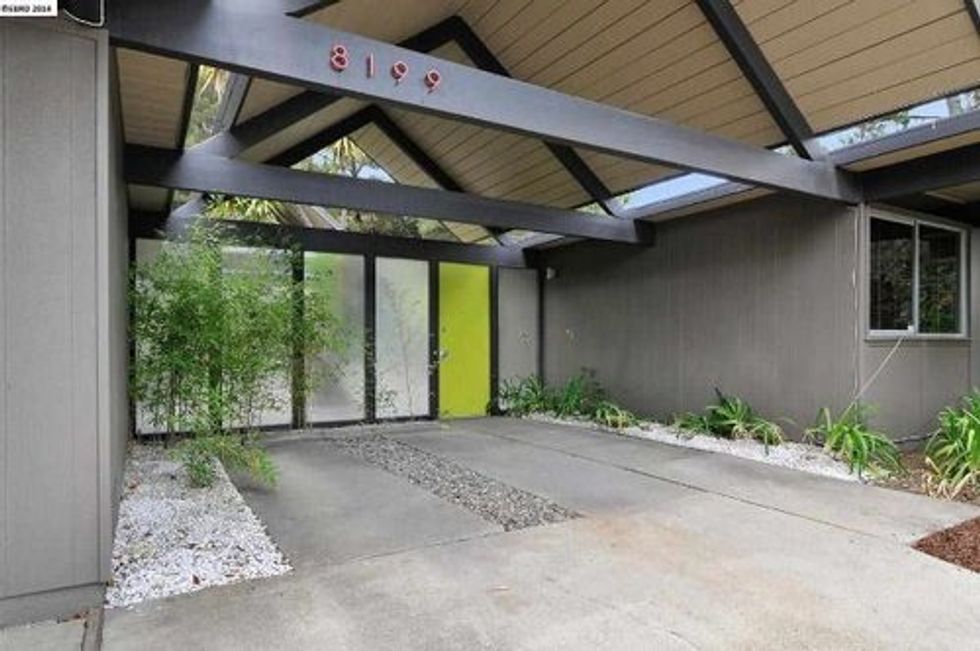 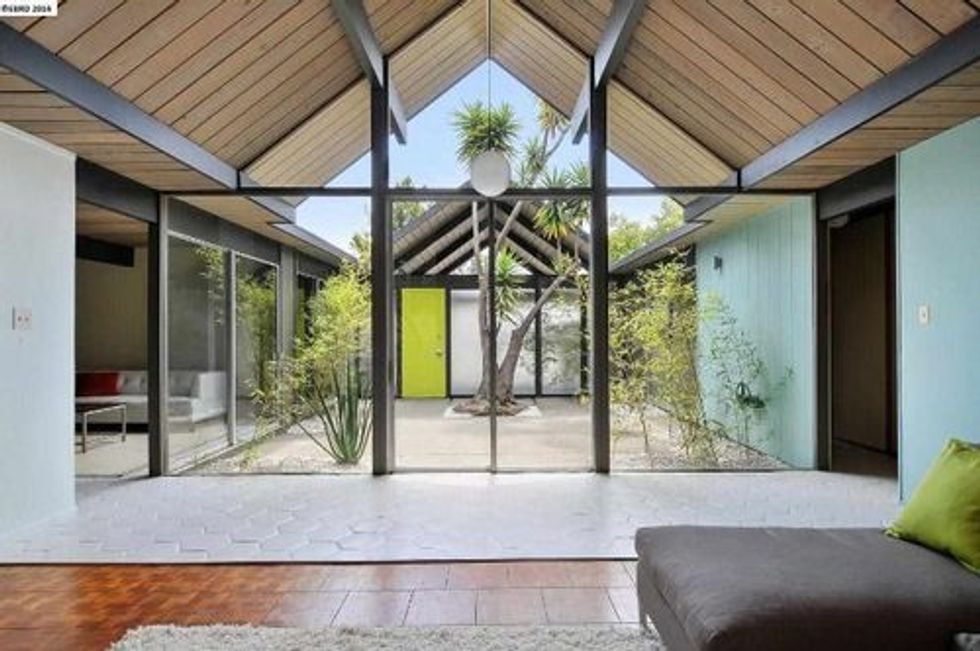 Make your Mad Men fantasies come true in this exceptional A-frame Eichler with open-air atrium, quartz counters, and a large private yard. You'll have to move to Oakland, though.

Here are the specs:

This mid-century home is nestled in Oakland's Sequoyah Hills 'hood —sometimes referred to as the Lost Eichlers of Oakland Hills. And if you're not quite sure what an Eichler is, the term refers to Joseph Eichler—a 20th-century, post-war, real estate developer known for bringing modern tract housing to California. Yup, blame him for that cookie cutter cul-de-sac you lived on as a kid. This one's in great shape, though, and still has its original globe lights, stained ceilings, and central heating(!). Snatch it up just in time for the final season of Mad Men.