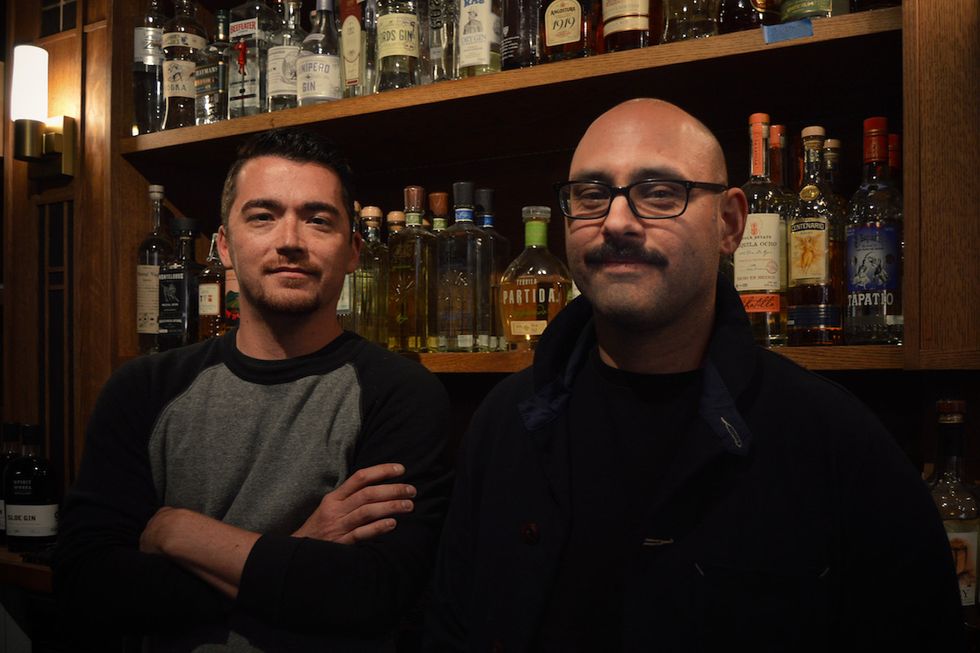 What do Rickhouse, Local Edition, Tradition, and Prizefighter all have in common? The touch of two friends, Justin Lew and Ian Scalzo, who first met at Bourbon & Branch, ground zero for San Francisco’s craft cocktail movement.

The two rose in the ranks of Future Bars, Brian Sheehy and Doug Dalton’s marquee nightlife company, known for their unique design and fresh cocktail ingredients. By the time they left, they were responsible for everything from beverage programs and operations to interior design, logos, and branding.

Now, the dynamic duo has struck out on their own with their first solo project, Horsefeather, opening Wednesday night on Divisadero. But first, they took a break to discuss their favorite parts of getting to work and getting away.

(Inside the new Horsefeather bar which opens April 6th)

7x7: You’ve both seen a lot of bars. How did that feed into Horsefeather?

JL: We wanted to create something relatively unique, and it’s hard to be unique in this city, where there’s something opening every couple of weeks. I think that’s why a lot of bars, especially where we came from, are themed. Now, I think the trend is reversing, and customers want a bar to just be an enjoyable place to hang out with really good service and quality products.

IS: We’ve put a lot of thought into the design, but we're definitely trying to be a spot where you go to be comfortable.

7x7: What’re some of the highlights of your work?

JL: One of my favorite things, besides working with people, is the freedom of design in bars. What we’ve done here is what I want to do forever.

IS: I’m just trying to have fun with the menu. We’re kind of past the point where everyone wants a classic cocktail, so with this menu, I wanted to have drinks that are seasonal and will satisfy a lot of different palettes.

7x7: How has San Francisco influenced you?

JL: I moved to San Francisco from Southern California in the late ‘90s. I’ve just grown as a human being; I’ve become a lot more open minded. San Francisco has done that to me—in conjunction with becoming older.

IS: I think the amount of creativity here. Not just in this industry, but pretty much in San Francisco as a whole. When I first moved here, that was kind of eye-opening for me.

IS: I have a family, so it’s being with my wife and daughter.

JL: Being with my dog and doing as little as possible.

Where would you go for a night out on the town?

JL: I never leave this neighborhood: Lone Palm, The Page.

IS: North Beach, by Vesuvio’s.

IS: I guess I should say stirred because the Negroni is my favorite drink.

Three words that describe your life in the Bay Area?