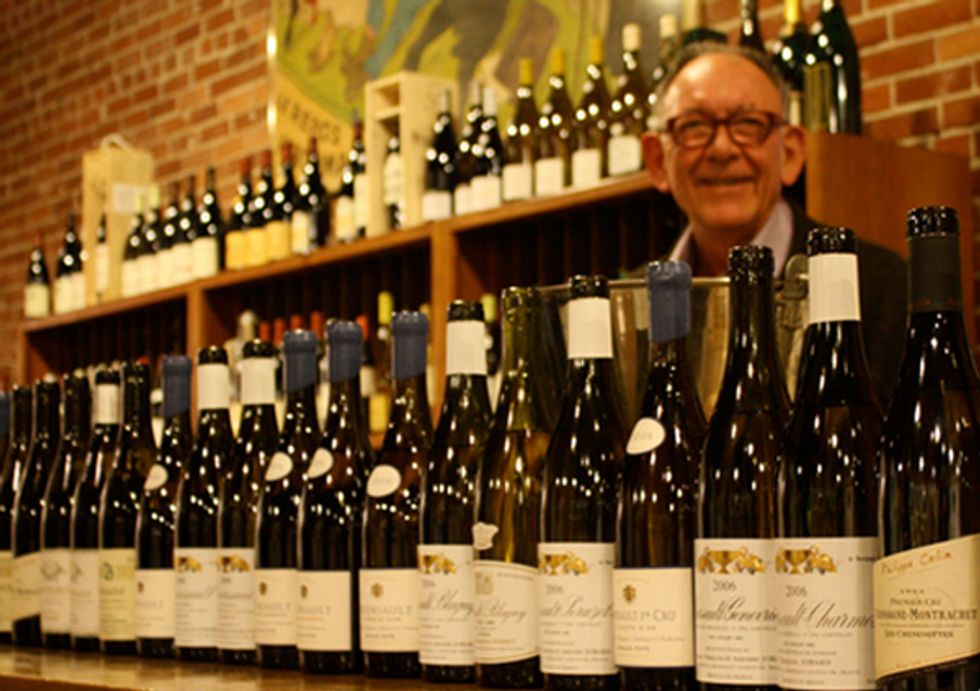 Lynch, the pioneering Berkeley wine importer, advocated for quirky, terroir-driven, and organic vintages even in the height of pricey, mainstreamed 100-point cabernets. Now the wine world is tilting back into his corner, making it the perfect time to release an updated version of his guide to the weird and wonderful world of French wine. Tickets are $35 and include a signed copy of Lynch's book; the Chapel will be serving some of his favorite wines by the glass, and sister restaurant the Vestry will be offering more with dinner after the event.

Kevin Sampsell (This Is Between Us)

When a couple having an illicit affair blow up their own marriages to be with each other, the resulting waves of chaos continue to haunt their lives over the course of the subsequent five years. In Sampsell's frank and brutally honest first novel, both the man and woman have children and emotional baggage to spare, and progress through a series of vague jobs and occasional rendezvous with past lovers on their path to becoming kinder humans-- and better partners.

From novelists like Philip Roth and Saul Bellow to a wide swath of America's great comedians, Jewish culture has always walked hand-in-hand with humor. In her new book, Harvard professor Wisse explores both the everyday wit of Jewish life and the authors and jokesters who have defined both Jewish culture and American culture, in a search to understand why a group that's undergone relentless persecution is able to respond so consistently with a collective expression of humor. Tickets are $15.

Miles, whose Dear American Airlines was a popular and critical hit, takes on Thanksgiving in his newest novel, when three unlikely groups-- a freegan couple, a debt-collecting magnate, and a sad-sack divorced professor whose father is dying of Alzheimer's-- all collide. Miles' book explores the fine line between trash and treasure, satirizing contemporary materialism and sensitively evoking the modern search for meaning amidst a world of "stuff."