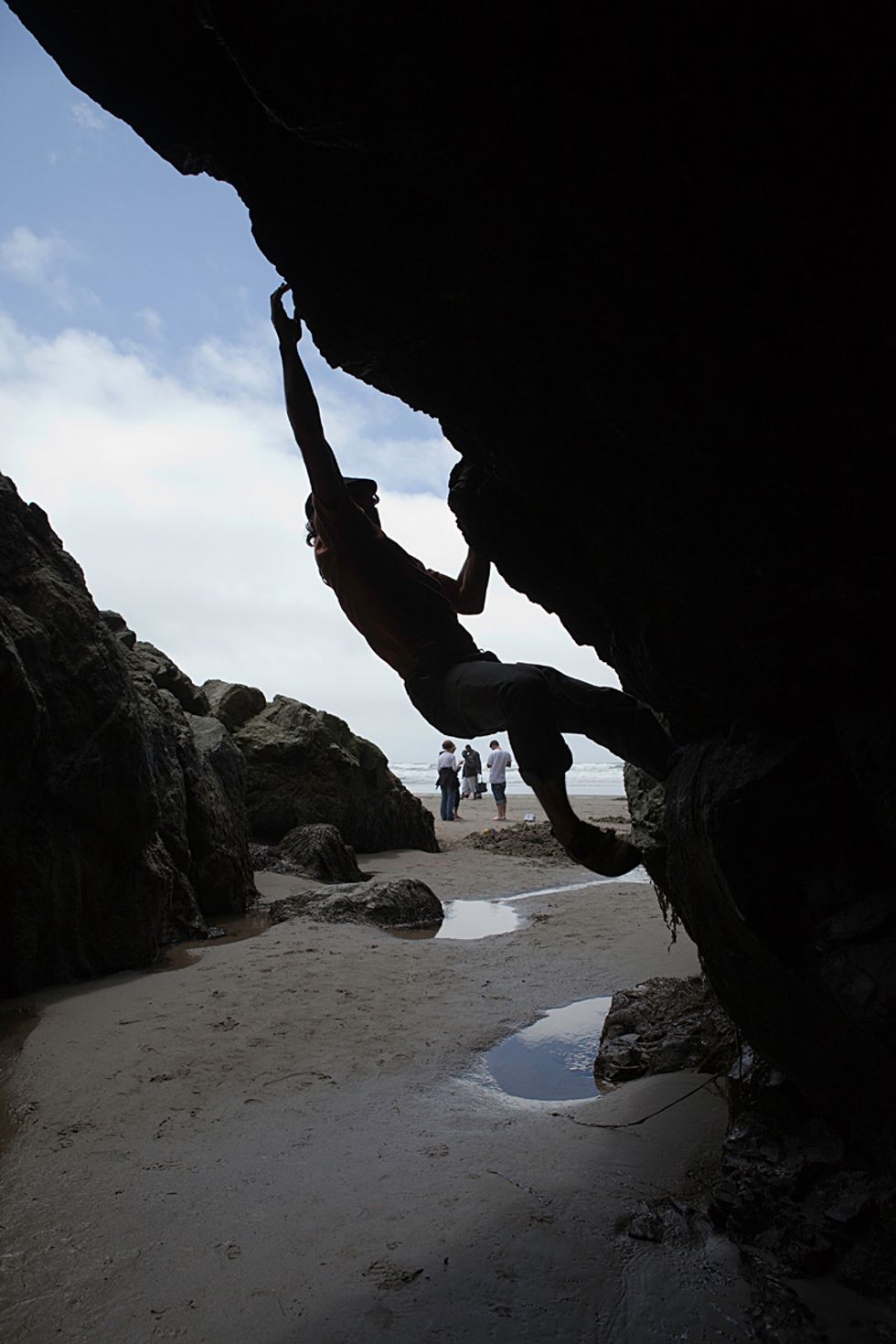 For this week's Scenes of the City we shot local climbers in action Ocean Beach, Glen Canyon Park, Corona Heights just off of Beaver Street and on the retaining wall below the look out at Twin Peaks.

Climber Brett Roddis rappels off the tops of the Beaver Street wall after he set up the top rope.

Anna McCarthy traverses along the retaining wall below the Twin Peaks overlook.

A maze of climbing rope.

Gabe Phillips makes his way along the wall below the Cliff House restaurant at Ocean Beach.

Daniel Chang searching for his next move in Glen Canyon Park.

Brett Roddis spots Gabe Phillips as he boulders around at Beaver St.

Looking down from the top of the Beaver Street wall.

In Glen Park Canyon Daniel Chang leaps for a hold.

Fingers chalked and veins pulsing from a hard climb.