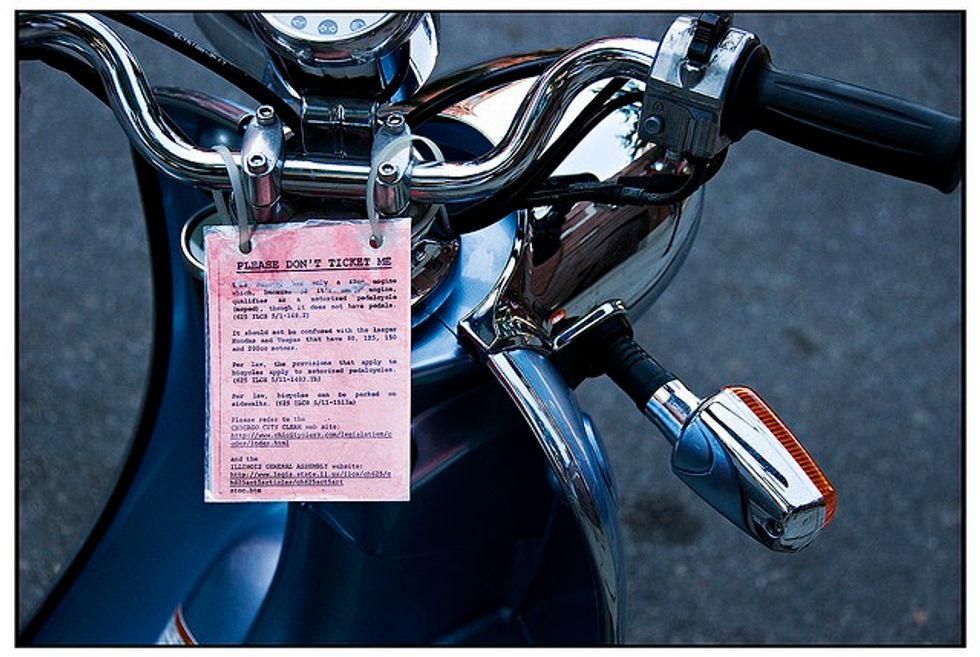 Thank you for being such a great source of information. I have a question for you. My girlfriend works in the Marina two days a week and drives a scooter. She has gotten two tickets in two days for parking over the time limit in a two-hour residential zone in one of those spots between driveways that aren't big enough for a car to fit in.

My question is in two parts.
1) Are there any scooter-specific rules about parking at meters?

2) She's parked in those spots between driveways that are not big enough for cars for years and has just started getting these tickets about a month ago.  What is up with that?

Your girlfriend’s scooter questions are good ones, and hopefully will help other riders. I’m going to answer them in reverse order.

Being classified as motorized vehicles, scooters and motorcycles are eligible to receive tickets for all of the same violations as cars. Scooters and motorcycles will be ticketed if parked on the sidewalk, at an expired meter, or in a two-hour zone just like their four-wheel cousins. And because scooter and motorcycle ridership is increasing in numbers in SF, they are being targeted more often.

However, there are more and more “motorcycle and scooter parking only” spaces popping up. Here is a link to designated scooter and motorcycle only spaces in SF.

Two-hour parking limit regulations, for which your girlfriend was ticketed, states that a vehicle is allowed to park anywhere on that block once per day during the enforceable hours, even if you move up to the other end of the block or to the other side of the street. If her two-wheeler shares the space of a car’s meter, and the car owner lets the meter expire, they both will get a ticket.

On a steep incline, it can be difficult to back your scooter into the curb since it doesn’t have reverse. And, when parked on a hill, the spark plug can get soaked with oil and the scooter is nearly impossible to start without drying out the plug.

Parking for scooters and motorcycles in city-owned garages is about one-fifth the price of parking a car. And you can park your bike in a garage for as low as $70 per month. In a pinch, asking a garage or lot attendant if there is someplace that you can "just tuck your scooter for a bit" often results in safe, free parking.

When sharing a spot behind a car (and especially behind an SUV or truck) leave a note for the driver in case they don't see your bike parked behind them...and knock it over without even realizing. I hope this helps and will prevent her from spending her hard-earned pay on parking tickets.

And another tip (that I learned the hard way during my motorcycle days) is to get a good lock for it. Scooters and motorcycles are too easy for someone to "relocate" by simply holding in the clutch and rolling it away. Thanks for writing. I hope some of these tips keep your two-wheeling girlfriend from future hardship.

For more parking secrets, tips, and tricks, click here. To check out VoicePark, the app that guides you turn-by-turn to the closest available on-street/off-street spot in real-time, click here.