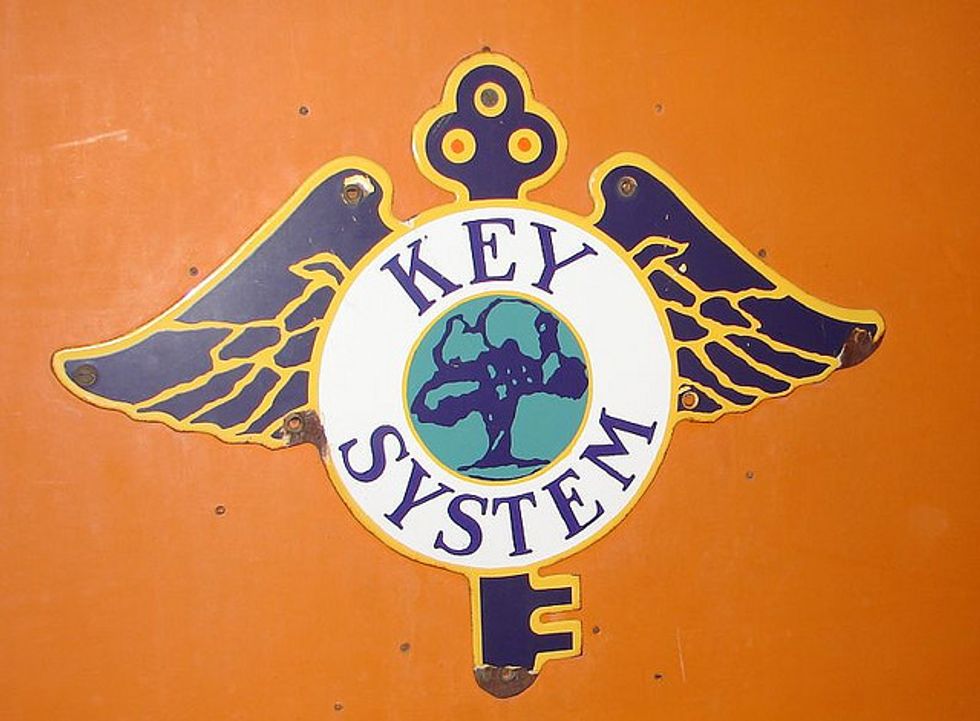 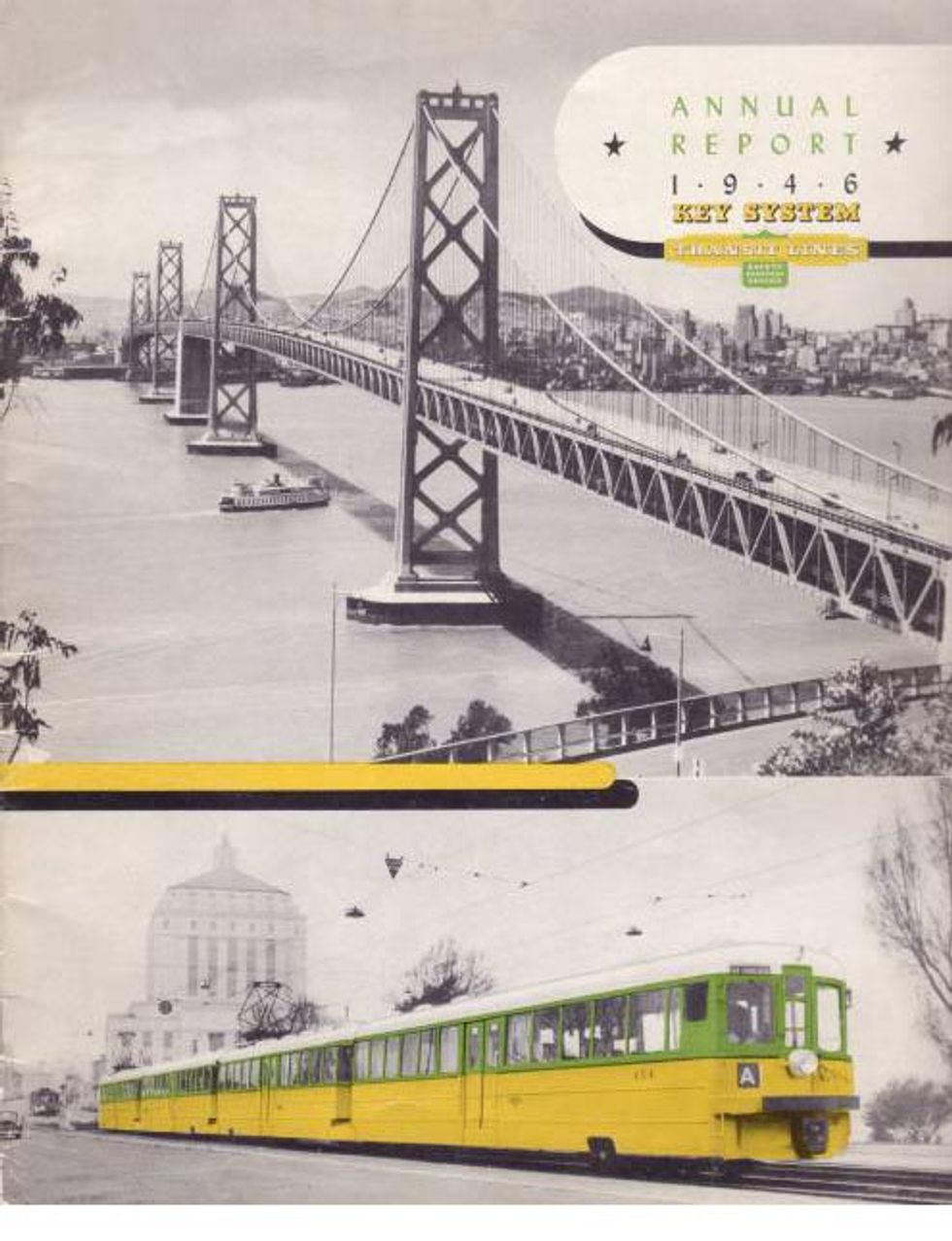 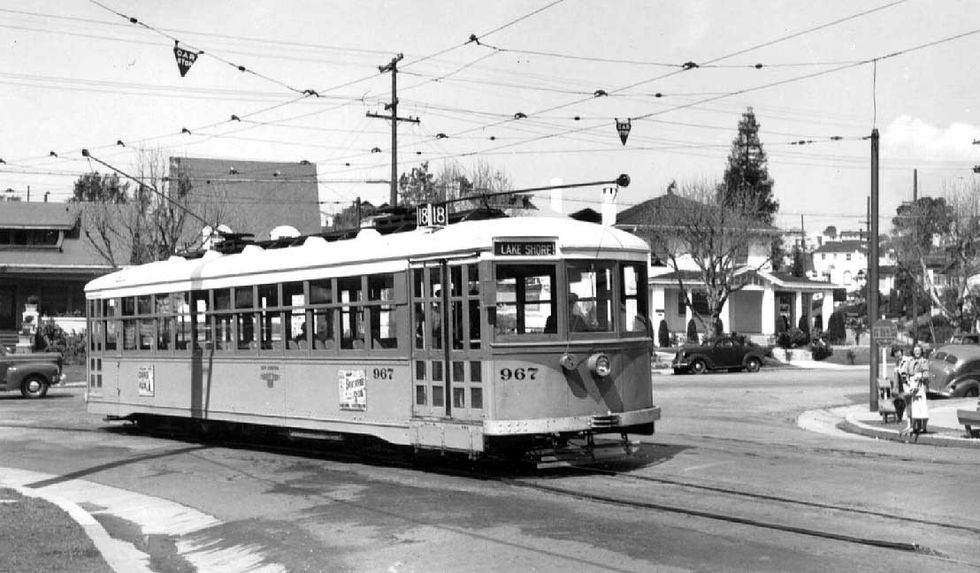 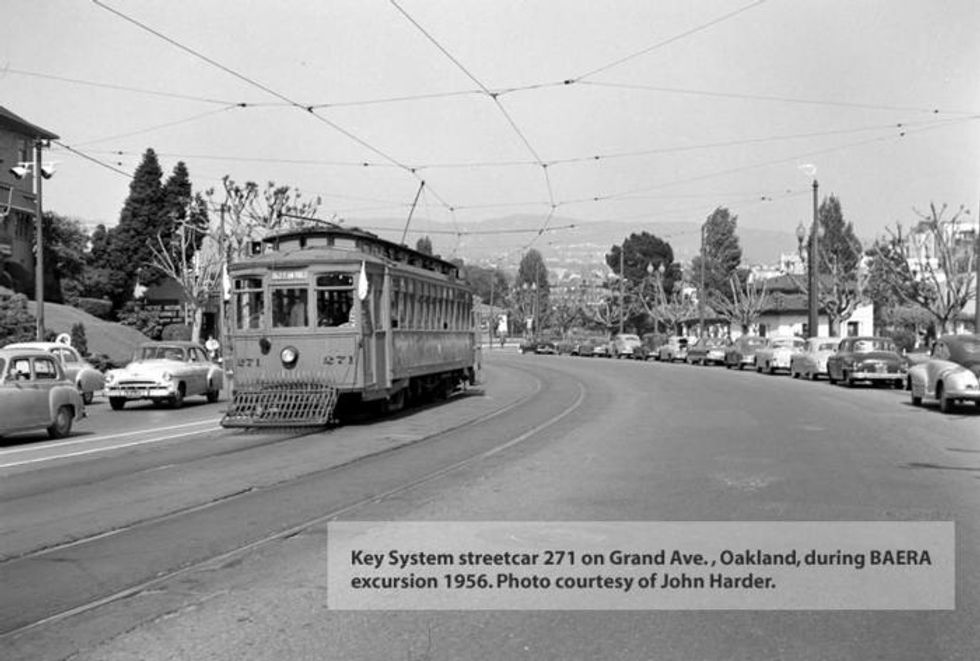 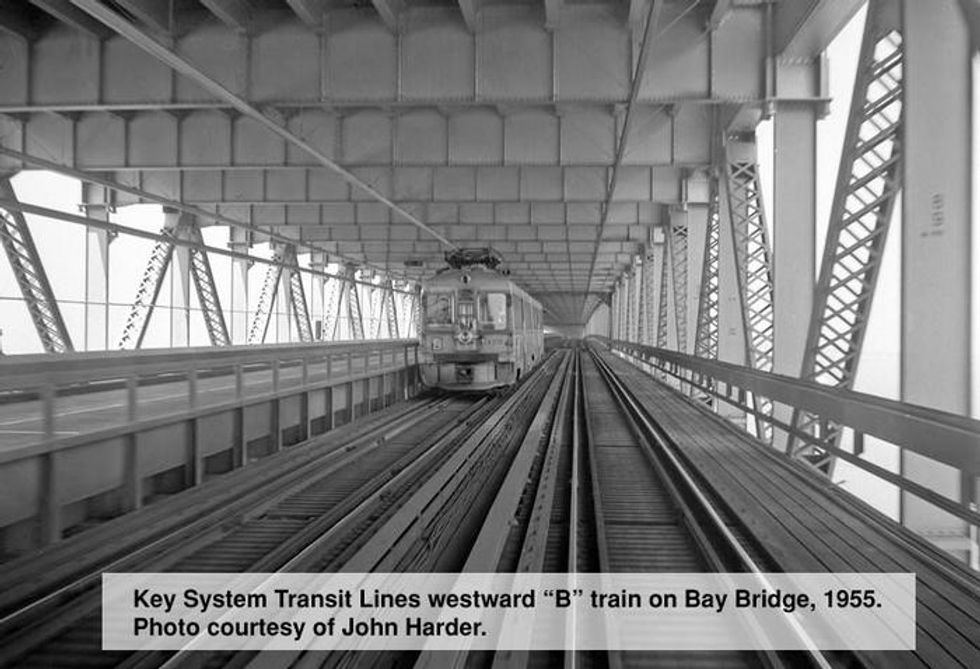 PreviousNext
On the Bay Bridge Image by: Key Rail Pix 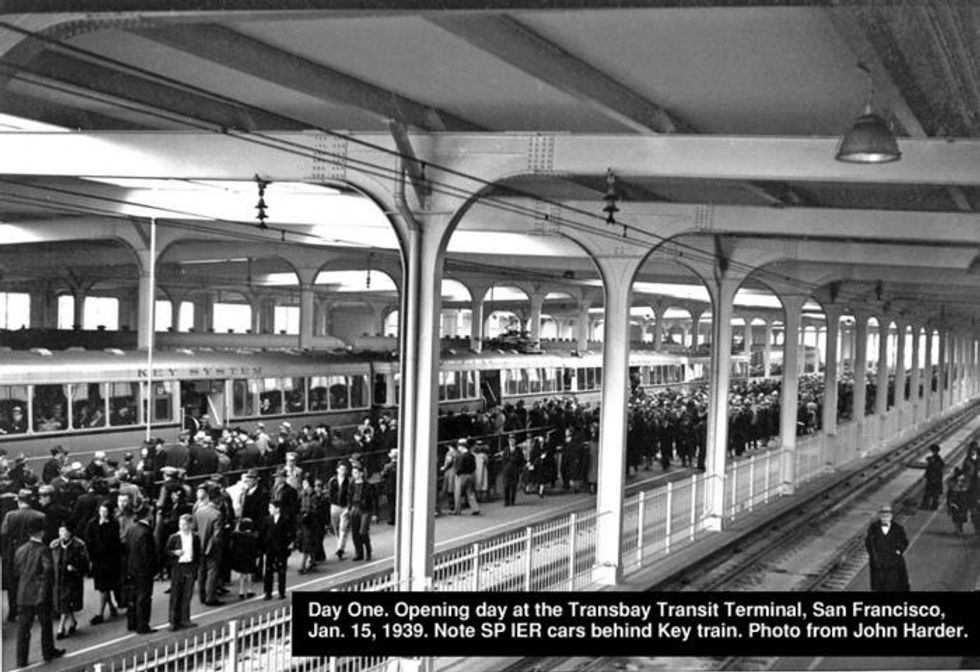 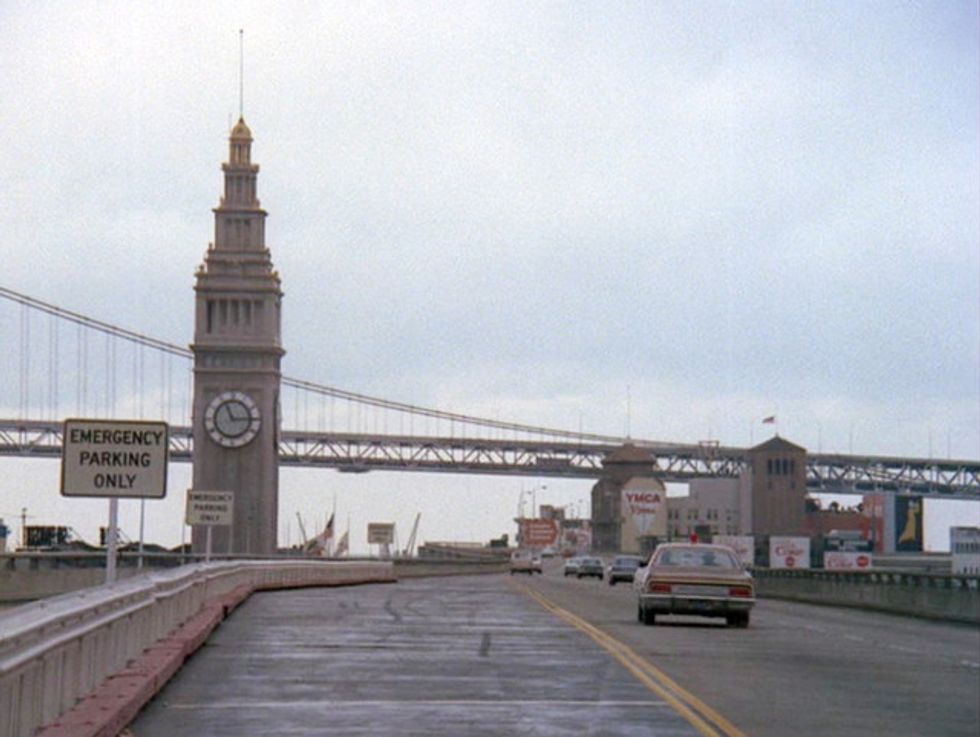 East Bay residents, just imagine getting from anywhere in Oakland, Berkeley or Alameda via an environmentally friendly electric railway to anywhere else in the East Bay or SF in 30 minutes or less, even in rush hour.

San Franciscans, think about all the fun you could have on a weekend trip to the beach in Alameda or going hiking in the Redwoods without having to stress about the traffic getting back into the city afterwards.

Feel like a dream? It would be for us, but it wasn't for Bay Area residents in the 1900s. Those lucky ducks had an incredibly extensive, clean and fast train system that ran through all the major East Bay cities and connected them to SF via a private ferry, and then later via the lower deck of the Bay Bridge. It was awesome. And it even had an awesome name: The Key System.

What began as several seperate streetcar lines running through the East Bay in the 1890s became a consolidated railway under Francis Marion "Borax" Smith in 1902. Smith (who made his millions from his namesake mineral) envisioned an electric train system that served the bedroom communities of the East Bay while creating tourist attractions for the residents of San Francisco (like the Claremont Hotel!).

Later named the Key System because on a map the railway shape looked like a key, the trains initially allowed commuters to easily get anywhere across the entire East Bay and into SF via ferry. During its peak in 1930, 60 million people used the ferry to cross into SF. The boats were luxurious with stained-glass windows, bars, a full restaurant, soda fountain and inlaid tile floors.

But when the Bay Bridge opened in 1937, the number of ferry riders dropped dramatically and instead the Key System began running on the lower deck of the bridge. Now instead of a ferry to take commuters into the city, the Key System ran into the Transbay Transit Terminal–the same one busses used until it closed in 2010.

The demise of the Key System in the '40s and '50s was two-fold. The popularity of owning a car skyrocketed, but most importantly General Motors began purchasing electric train systems across America and shutting them down. This happened in over 50 cities and ultimately the Supreme Court found General Motors guilty of conspiracy. Sadly for the Bay Area, the damage was already done. The Key System within the East Bay was dismantled and replaced with AC Transit buses in 1948, and train service across the Bay Bridge ended in 1958.

Not only was the convenience of the train system now not available, but the East Bay and San Francisco suffered from the damaging effects of not having a real public transit system. Freeways built above thriving communities in Oakland and Berkeley decimated communities, and the double-decker Embarcadero Freeway (seriously, it existed!) dominated the SF skyline from 1959 until it was demolished post-1989 earthquake.

A great public transit system for San Francisco feels like a far-flung fantasy, but to think there was once an eco-friendly system for the entire Bay Area to stay connected is mind-blowing. Bring back the Key System!