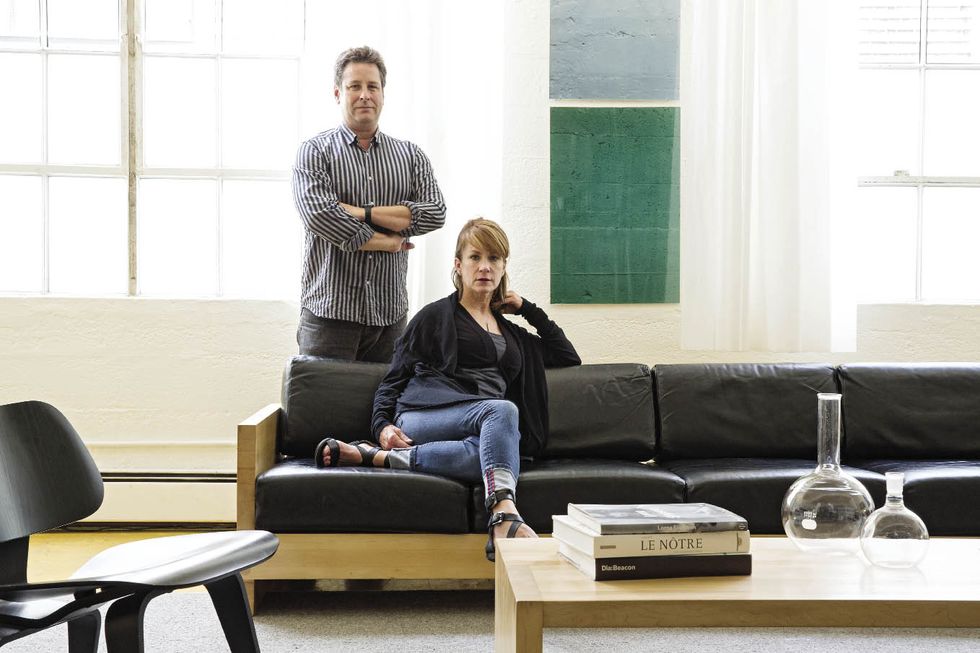 PreviousNext
David Walker and Sandra Enterline purchased the loft from Walker’s father in 1993, turning it into a live-in art gallery. 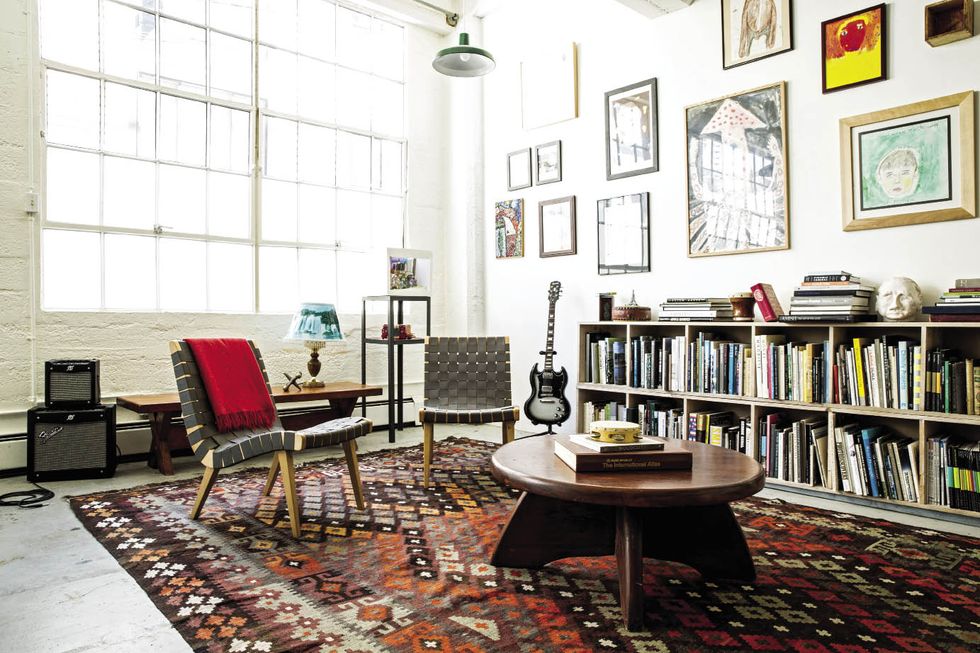 PreviousNext
Family heirlooms in the library include paintings by Arlo and Emmett and a wooden bench crafted by Walker’s grandfather. 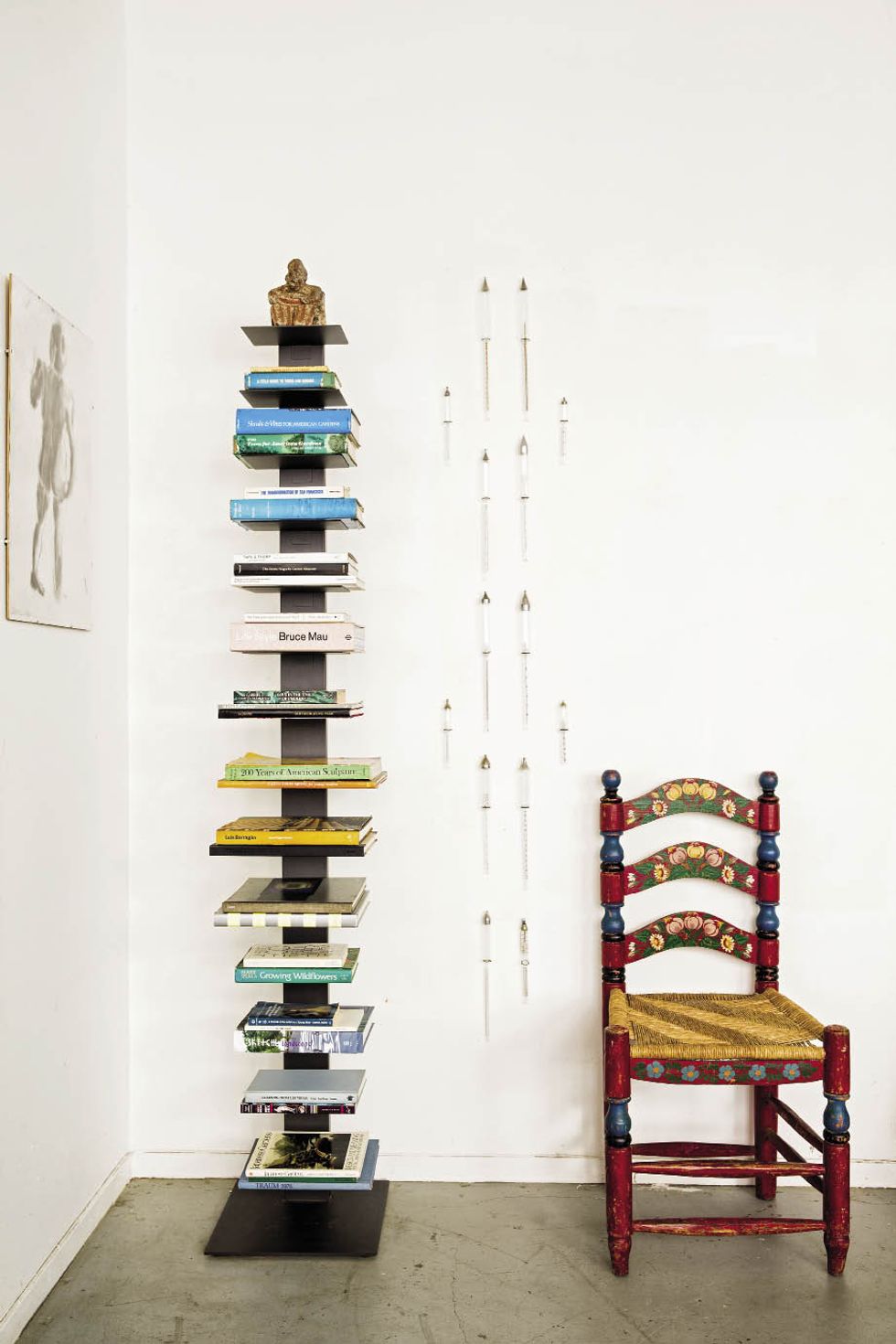 PreviousNext
Glass hydrometers hang on the wall between a book tower and a folksy chair, purchased at Krims Krams Palace of Fine Junk. 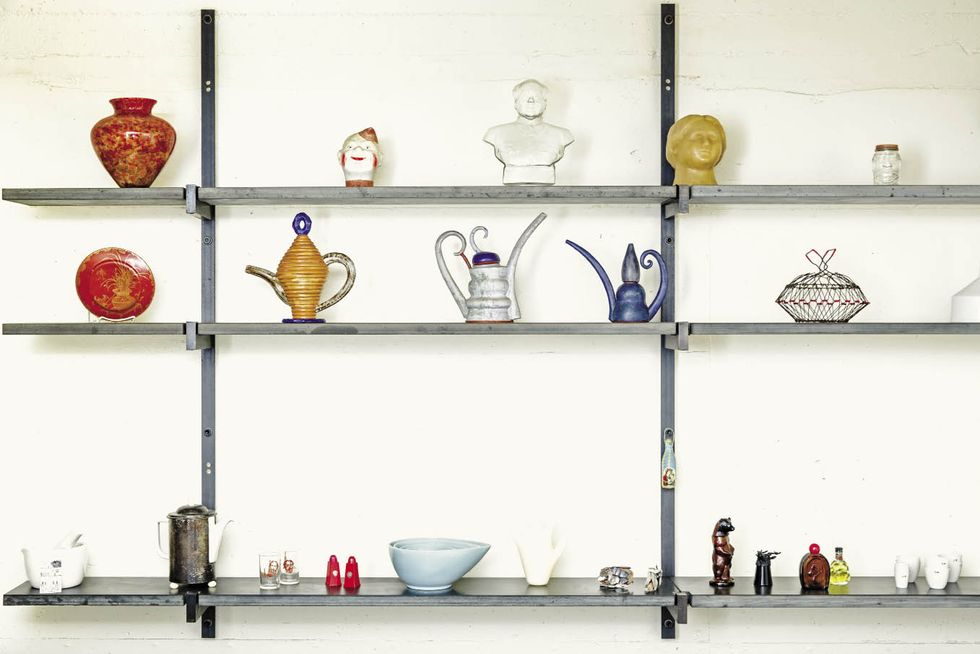 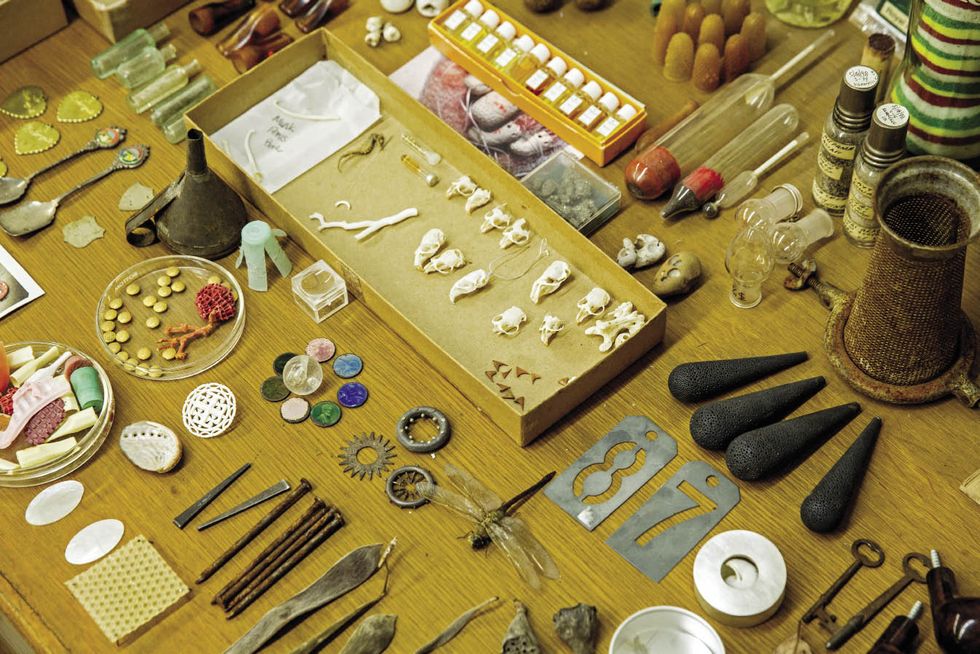 PreviousNext
Some of the collections in Enterline’s workshop include rodent skulls, opium bottles, wisdom teeth, souvenir spoons and labware. 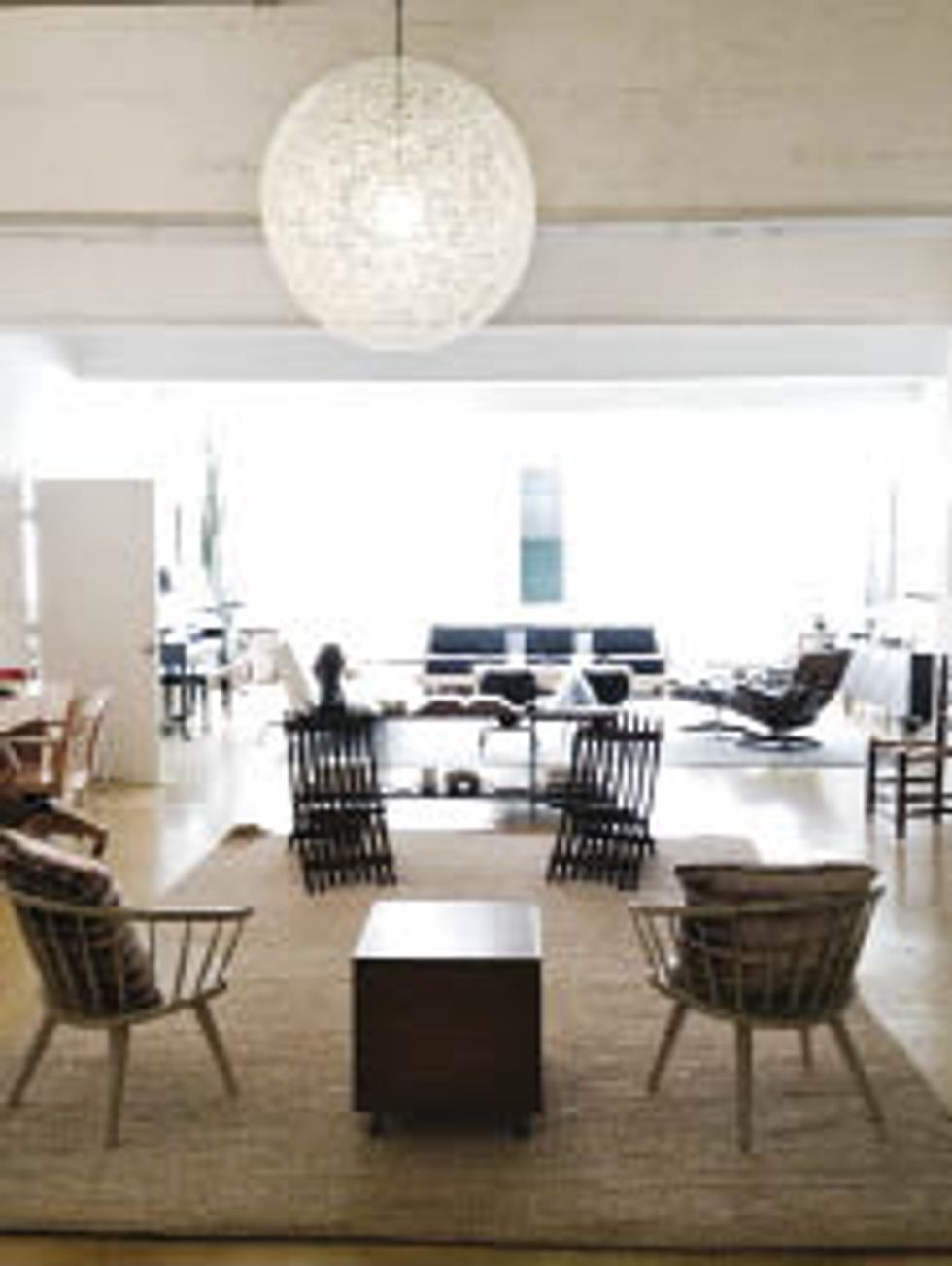 PreviousNext
Walker and Enterline’s obsession with chairs is evident in the loft’s main living space.

When you grow up in a modernist Pac Heights loft that was once a Toyota garage, raised by parents who are bona fide creative forces—dad David Walker is an award-winning landscape architect; mom Sandra Enterline is an acclaimed jewelry designer—at some point you're bound to reflect upon your life less ordinary. That's what eldest son Emmett Walker did in a thoughtful essay that secured him early admission into the Syracuse University School of Architecture. “He said that when he was a kid, he was really embarrassed about living in a weird place with no walls and no backyard," recalls David Walker. “It wasn't until high school that he realized the specialness of his home—it was basically a blank slate that could be transformed into anything."

The loft's past lives—from mechanic's garage to a gallery for art collector Daniel Weinberg to a satellite office for the family business, PWP Landscape Architecture—prove its adaptability. Since 1993, it's been home to Walker, Enterline, and their two sons (Arlo, the younger son, just graduated from middle school), and has also housed Enterline's workshop, where she creates jewelry that's industrial yet strangely celestial, due to thousands of light-catching microperforations hand-drilled into thin-gauge silver. Her compact studio space is populated with odd collections, including used plaster-coated tea bags, Fragonard perfume mini-bottles, dried seed pods, enameled pennies, rodent skulls, and even hardened bread rolls. Throw in a camera crew, and you've got the makings of a Hoarders episode.

Except that in the context of the design-savvy couple's other collections, even petrified foodstuffs seem uniquely curated. A variety of chairs, from Eames classics to artisan seats made of wine casks to a wooden antique milking stool, give the loft a handcrafted charm. On the open iron shelving in the kitchen, an assembly of antique lab ware, from porcelain funnels to glass hydrometers, speaks to the couple's fascination with industrial relics. And a portion of Enterline's 1999 gallery exhibit, “1000 Souvenirs," is mounted on a wall in the library—45 tiny glass vials, containing the likes of Clover gold foil butter wrappers and blue sand from a beach in Japan, chronicle decades of memories. The loft's architecture also displays remembrances, such as the scuffs on the ceiling beams from too-tall Christmas trees and scrapes on the painted concrete floor from, most recently, teenage boys riding waveboards. Every scar accrued is just as treasured as each curio. “Nostalgia is a good reason to collect anything," says Enterline. “Memories just live longer when you can actually look at them."

This article was published in 7x7's September 2014 issue.