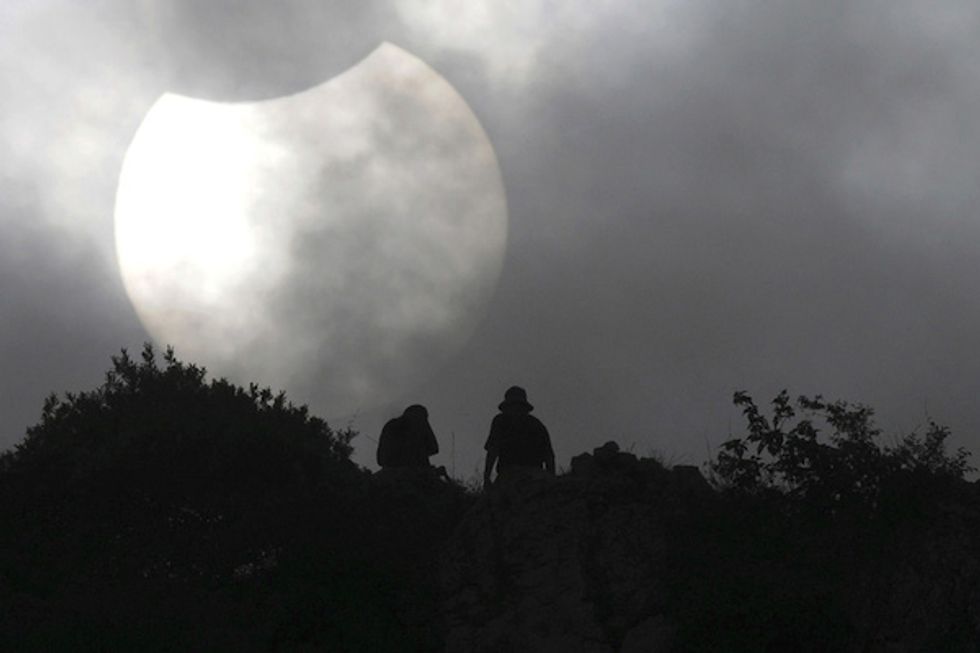 Once every every 18 years and 11 days, someone, somewhere in the world, can have a front-row seat to a total solar eclipse. Today, if you live in, say, Australia or South China, you can count yourself among the lucky ones. But for we San Franciscans, our own Exploratorium will be live streaming the whole celestial event.

The Embarcadero museum has sent a production team on an extra-special expedition to Woleai—a coral atoll, about the size of Golden Gate Park, about 500 miles north of New Guinea in the South Pacific region known as Micronesia—to document the sun's close encounter with the moon.

Today, beginning at 4pm PST, space nerds can get as close to the action as most people ever will at a free live program at the Exploratorium:

Exploratorium scientists and educators, both in Micronesia and at the museum, will fill you in on what makes an eclipse and how to view one safely, and they’ll introduce you to the culture and geography of Micronesia. The program will explore the science of the sun, using amazing, high-definition images and video from NASA satellites, and will highlight NASA’s new MMS mission, a multi-satellite endeavor to measure the magnetosphere that connects the Earth and the sun.

If you can't make it over to the Embarcadero, take advantage of 21st Century convenience and watch the whole thing from the comfort of your bed or office thanks to a webcast from the Exploratorium, which has been bringing eclipses to a wider audience via live broadcasts since 1998.

Either way, you won't want to miss it—if this NASA astrophysicist (speaking to The New York Times) isn't exaggerating, it should be pretty epic:

"The cool thing for those who are going to be in the path of totality is that they are going to be able to see the outer atmosphere of the sun called the corona,” said C. Alex Young, a solar astrophysicist from NASA. "The corona will look like flames streaming from behind the moon. This is only visible from the ground during a total solar eclipse,” he said.

In this one instance, you can forget what your parents told you about staring into the sun and go for it.

//  For information on the live event at the museum (4-8pm, Tuesday March 8) and for instructions on how to watch and share the webcast (5-6:15pm PST), clickover to exploratorium.edu/eclipse.

(A clear photograph of the July 22nd solar eclipse. Tonight's will surpass this entirely. Photo via TimeAndDate.com)