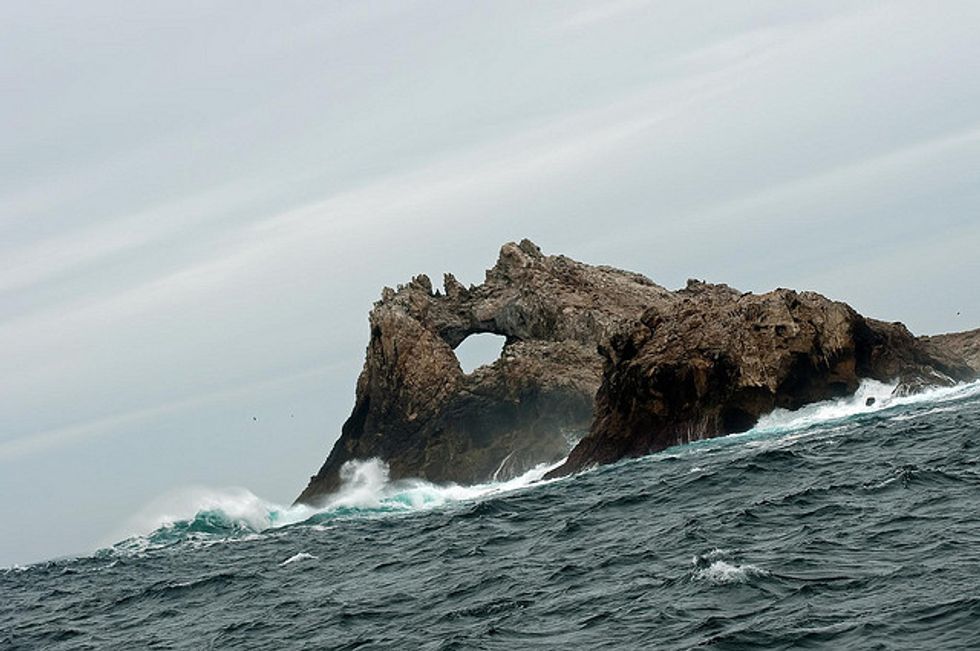 If you’ve been following the epic adventures of the Night Train Swimmers, you know they’ve had their eyes set on one prize: swimming between San Francisco and The Farallon Islands. After multiple six-person relay attempts in the frigid, shark-infested waters, the group finally completed two successful crossings of the notorious “Red Triangle” this spring. Now, with the smell of victory still fresh in the air, the group is setting out to do something even more challenging—swim it solo.

Tomorrow morning, Night Train swimmer Joe Locke will enter the dark waters alone. At 1:30 am, while most of us are asleep, Lock will slip into the open ocean armed with nothing but a swimsuit, an insulated swim cap and the unflinching obsession with making it to the other side.

If Locke completes the 30-mile solo Farallon swim, he’ll only be the second person in history to do so. In 1967, Ted Ericson finished the solo swim in 14 hours and 38 minutes; Locke is hoping to do it in 13 hours. Unlike Ericson, Locke will be swimming toward the Farallons (either direction is allowable according to open water regulations). If all goes according to plan, he will arrive at The Islands between 2:30 and 5:30 pm. And just as with all Night Train swims, Locke’s journey is serving as a fundraiser for the Wounded Warrior Project, a group that supports wounded Veterans.

Locke has an extensive open-water resume. The Mill Valley resident has completed many long-distance swims, including a successful English Channel crossing. Locke has traveled the world swimming open water events, and now he says he’s ready to tackle an epic one closer to home. “It’s ironic, in a sense, that one of the most challenging and beautiful swims in the world is right here at our doorstep,” says the 41-year-old swimmer.

Conditions look decent for the start of tomorrow’s journey. The weather forecast is sunny and water temperatures around San Francisco are 56 degrees, far warmer than usual. But once he nears The Farallons, Locke will have to battle the hypothermic 51-degree water temperature, as well as the risk of sharks and unpredictable tides.

Despite the obstacles, Locke is confident about tomorrow’s momentous journey. “I’m very excited to be taking on this epic challenge. With the support of the Night Train crew, and with the right conditions, we are optimistic that we can get this done.” Locke’s journey can be followed live on The Night Train Swimmers website.