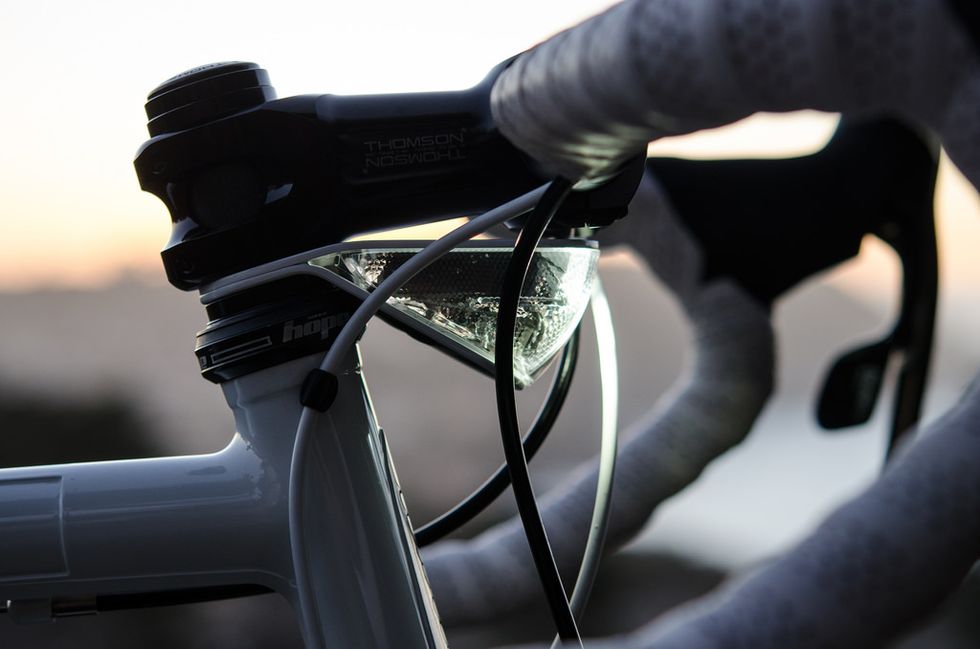 Industrial designer Colin Owen has a single focus these days: reduce the design impediments to urban biking. On sabbatical from his teaching job at CCA, Owen is now working full time on bike design for his company, Sparse.

Owen sees bikes “as simple and beautiful machines.” It’s the rest of the industry elements that really need some design help.

Owen asks me what I find most frustrating about using my bike as my primary form of transportation. Besides the obvious of drivers who don’t pay attention and other riders who pass on the right, I go right to the gear: carrying a lock, having to take my bike lights off, worrying about my wheels being stolen, shirts that ride up, and pants that ride down.

“That’s exactly what we’re working on,” Owen says. And they are—Sparse’s workshop is filled with design ideas that tackle each of these challenges. His team—consisting of veterans of major bike and auto industry designers—are working to make urban biking hassle-free, at least as far as the elements you can control.

Sparse’s first project: bike lights. Owen wanted bike lights that you don’t have to take off, that hold a long charge, that are bright and visible from the sides, and that add to the beauty of your bike, not just stick on awkwardly. And they’ve achieved it.

The lights themselves are beautiful and sturdy. Unlike most other lights, Sparse’s are made of metal, not plastic—so they don’t rattle or break or fall apart after a few months of hard riding. And as Sparse advertises, “They’re stupidly bright.” The USB-powered lights are 220 lumens and visible from the sides as well as front.

Owen says he’s taking his time on the other products, and wants to make sure each piece is designed as fully and thoughtfully as the lights are. For now, you can pick up a set of the Fixed Bike Lights online for $139 for the set.

Stay tuned for more developments from this San Francisco start-up. With so many small annoyances to urban biking, they’re sure to have their hands and workshop full.