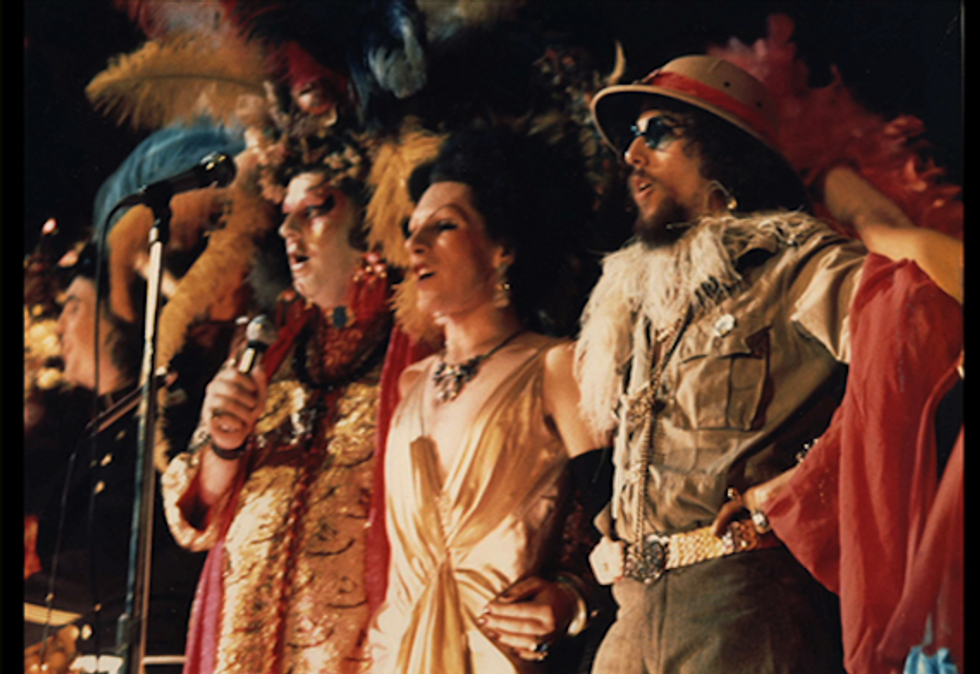 For six whole decades, the Bay Area has been a hotbed for risk-taking theater. This Sunday, filmmaker Austin Forbord’s documentary Stage Left: A Story of Theater in San Francisco premieres on KQED as part of their Emmy Award-winning series Truly CA: Our State, Our Stories. The film raises the curtain on the long history of progressive and experimental theater in the Bay Area with more than 45 interviews (think Robin Williams, Bill Irwin, and Peter Coyote, to name a few) and rare archival performance footage.

As Executive Artistic Director of Rapt Productions, Forbord is not unfamiliar with the stage and what it can bring. Being a dancer himself, Forbord had been practicing physically demanding contemporary dance for years before getting into filmmaking when he was in college. When asked how different the shift was, Forbord says, “I see them as similar pursuits; choreography and film editing are just playing with time and spatial relationships.”

Viewers who are unfamiliar with San Francisco theater or its history need not worry. The film is a well-edited summation of critical points of San Francisco’s theater history. The way San Francisco found ways to experiment with theater is unparalleled. In making Stage Left, Forborn “sought to portray the aspects of the Bay Area theater community and its history that I felt were more uniquely San Franciscan. I focused more on political work, experimental work, multi-disciplinary work, work that dealt with personal issues such as gender, sexual identity, and race. In San Francisco, there was just that “throwing everything out there and seeing what works” without a necessary regard to success in the traditional sense. I think anyone who lives in San Francisco knows that the city has a particular spirit… Naturally people that are drawn here have a similar attitude and that’s going to permeate theater, just like it does dance, just like it does filmmaking, etc.”

Theater in San Francisco had effectively become marked by a style that remained unfixed. Viewers will get to see unique archival footage showing how George Coates Performance Works began incorporating multimedia and how the Snake Theater used giant masks and once used the beach as a stage. Forbord says it’s this idea of either breaking the fourth wall and involving the audience in the performance or simply removing the theater that is absolutely a theater innovation in general. “Before Snake Theater, there was the San Francisco Mime Troupe and they were actually using the environment to contextualize the work they were making.”

If you look at San Francisco today, it does not have the same level of experimentation as it once did, and Forbord thinks that stems from economic reasons. “At least the assumption of economic reasons, and by that I mean what happened in the ’80s and into the ’90s. There was a general shift in our culture. Things were going in two different directions: it became far more expensive to live in cities like San Francisco, while simultaneously funds for the arts dried up. So you really see a shift toward a more corporate model of non-profit theater… The experimentation that we describe in the film, and that you see in the archival footage, it is not what’s happening here now, and Stage Left is portraying this history in order to encourage that type of thinking and that type of experimentation.”

San Francisco’s Gay Men’s Theater Collective put on the show “Crimes Against Nature” (1977) that told the personal stories of gay men and what it meant to them to be gay. The theater was a space where political and cultural issues were being discussed and hashed out more freely than regular conversation allowed. “The power of theater is that it is a space where we can say things that you can’t say to wider audiences, and it’s a place where ideas germinate and move on into the greater culture.” Forbord goes on to say, “I hope that the lesson from Stage Left is that all of the things that were developed here and flourished here have been integrated and all of these things now are just part of the fabric of theater.”